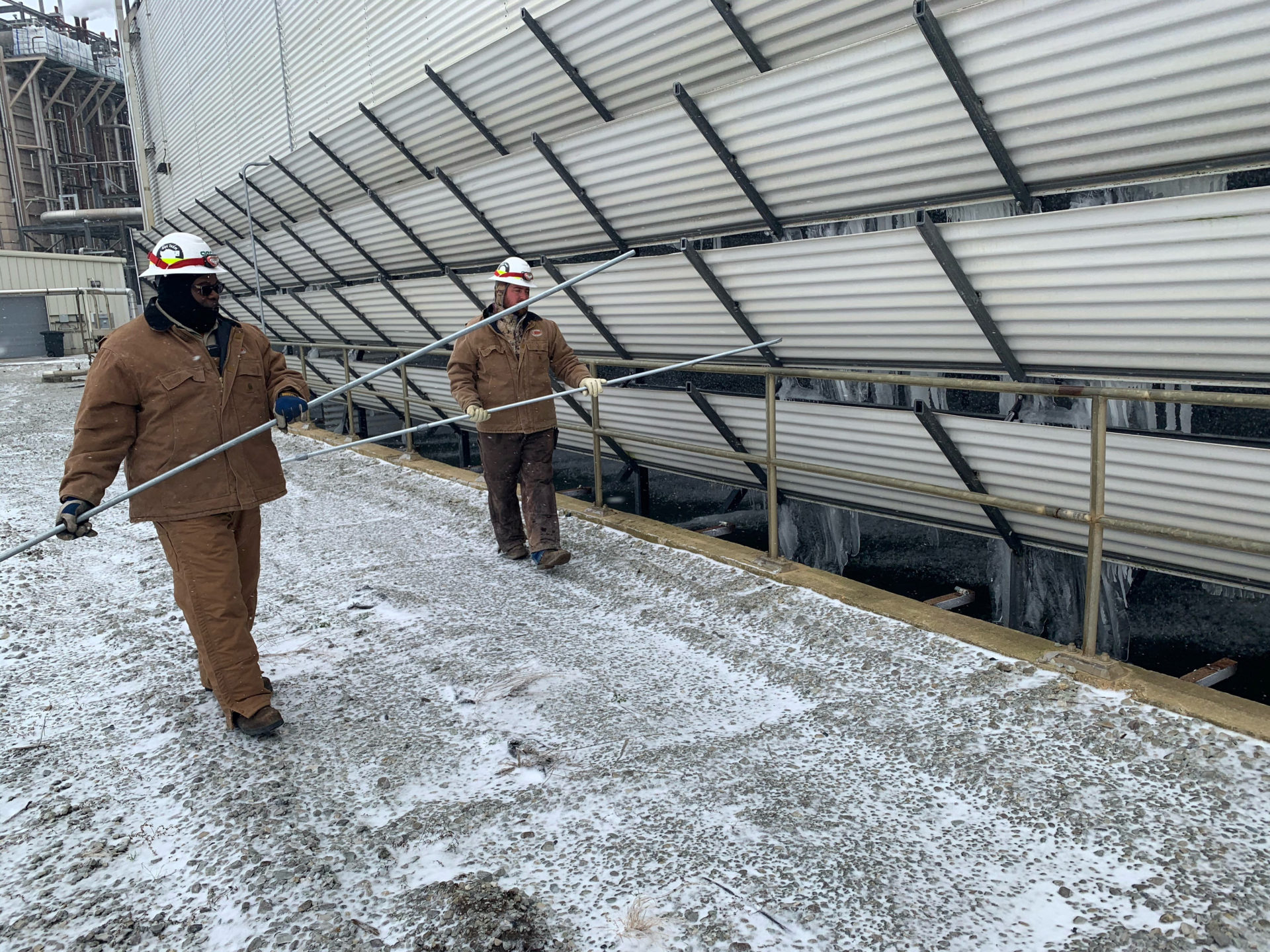 Co-op power kept flowing, thanks to hard work and help from our friends

The week of Feb. 15, 2021, is a time no one at Missouri’s electric cooperatives will soon forget. In the days leading up to that fateful time, temperatures plummeted across the country — and stayed there. Ice and snow fell for days. In response, demand for electricity edged toward record levels across the Midwest.

Associated Electric Cooperative — which provides wholesale power to transmission cooperatives for their distribution systems in Missouri, Iowa and Oklahoma — called on its diverse generation resources, including coal, gas, wind and water, to meet the winter wrath. Ultimately the high demand set a new peak of 5,587 megawatts on Feb. 15. Before this storm, Associated’s previous all-time peak was 5,104 megawatts set during the polar vortex of January 2018.

One little problem, it appeared, could have been the straw that broke the camel’s back and caused the rolling blackouts other parts of the country faced. Fortunately, members of the states’ electric cooperatives stepped up in a big way. They lowered thermostats, turned off lights, pulled plugs and let the laundry pile up, all in response to urgent messages from their electric cooperative asking them to temporarily conserve energy.

“Everyone pitched in however they could,” says Joe Wilkinson, chief member relations officer for Associated Electric Cooperative. “We could definitely tell our loads didn’t get where we thought they would. We had been asking them to conserve electricity since Monday. On Friday they were still cutting back.”

Missouri’s three-tiered cooperative system primarily serves homes rather than large industrial loads. With 90% of the meters powering residences, it took everyone cutting their use to lower the demand on the system. There’s no question that this member support helped the electric cooperatives that get their power from Associated Electric dodge a bullet during the unprecedented cold.

Watching the forecast, Associated enacted its emergency plan well in advance of the cold snap. “As a power supplier, preparedness is part of what we do well,” says Joe. “Using our energy emergency plan is like breaking the glass to get to the fire extinguisher. It’s rare. We don’t have to use it very often, but we are prepared.”

One day after the new peak was set, Feb. 16, Associated nearly reached the point where it must reduce energy load to maintain system integrity. Had this been necessary, it would be done through a temporary, controlled service interruption plan at each co-op.

Fortunately, service interruptions did not happen. The load on its power plants leveled off with minutes to spare and the lights — and heat — stayed on. Pulling off this Herculean effort took a lot of coordination. 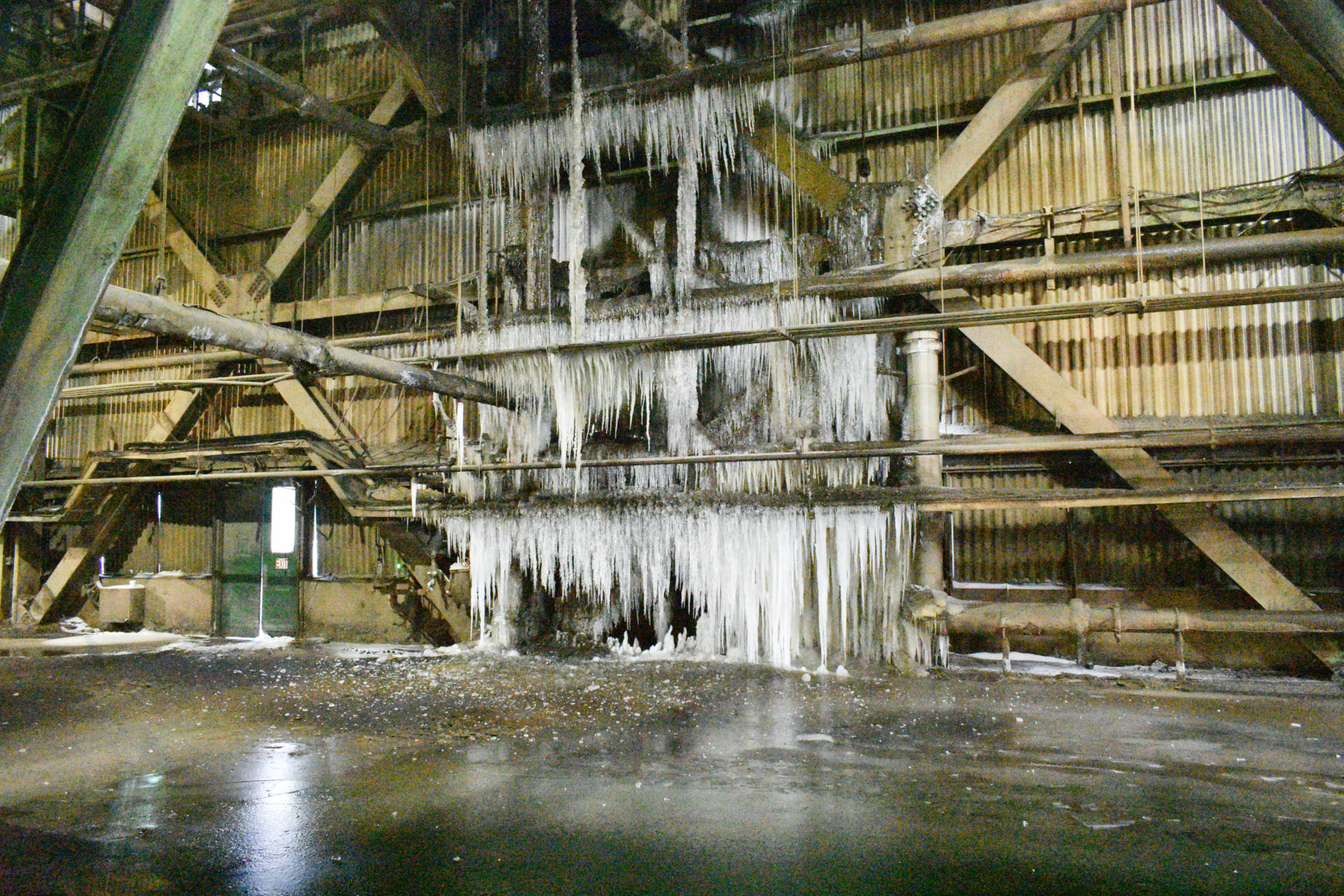 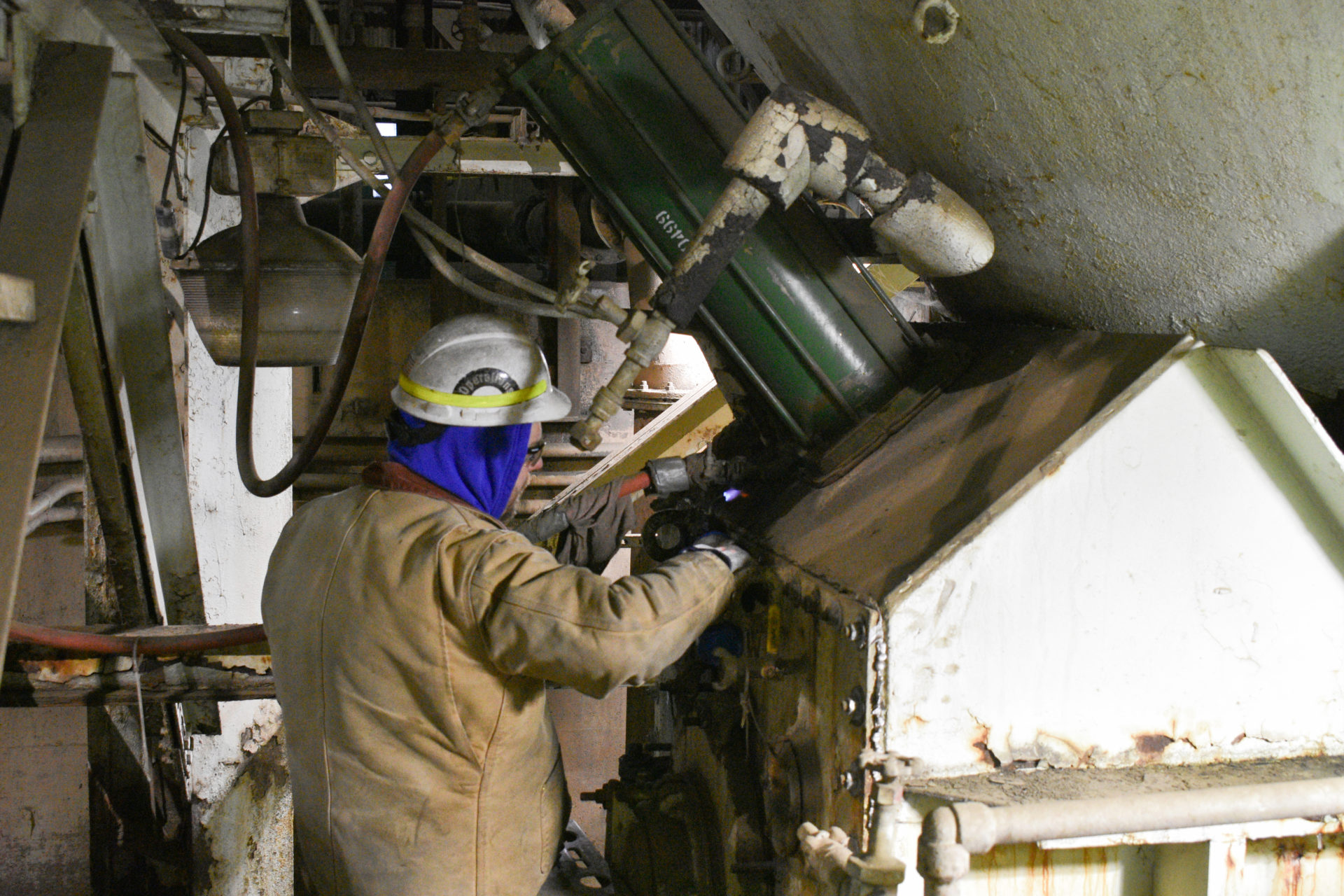 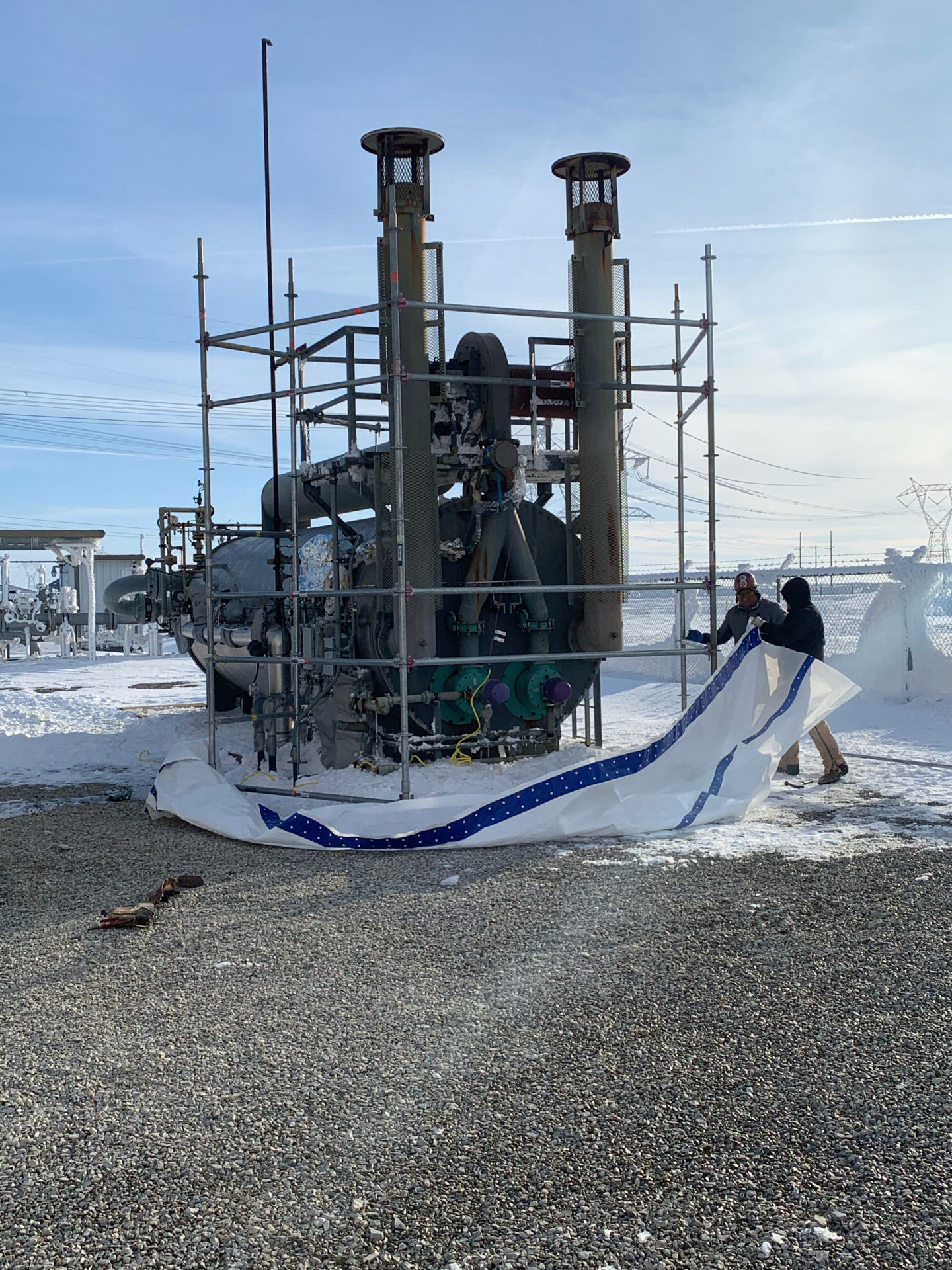 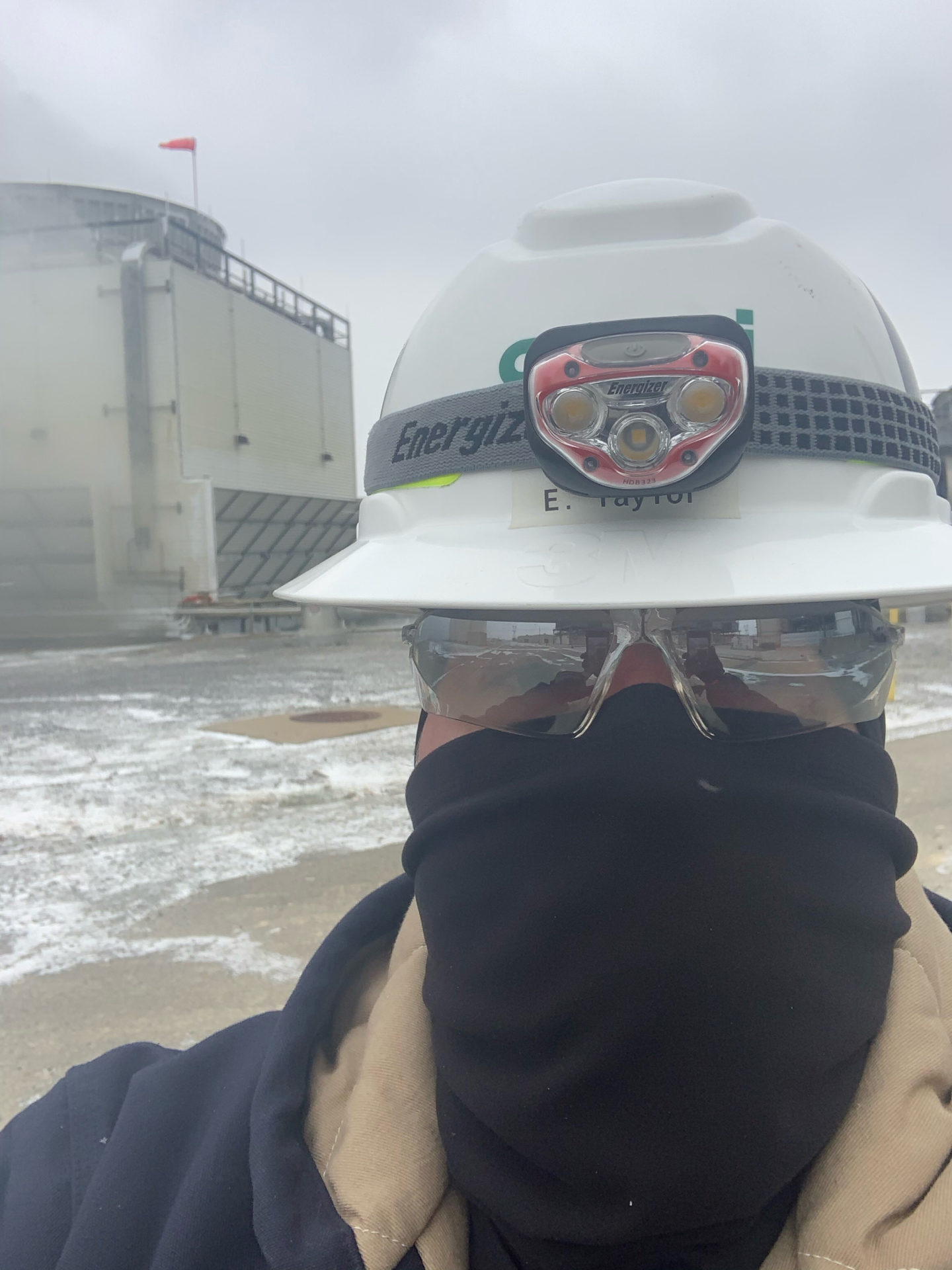 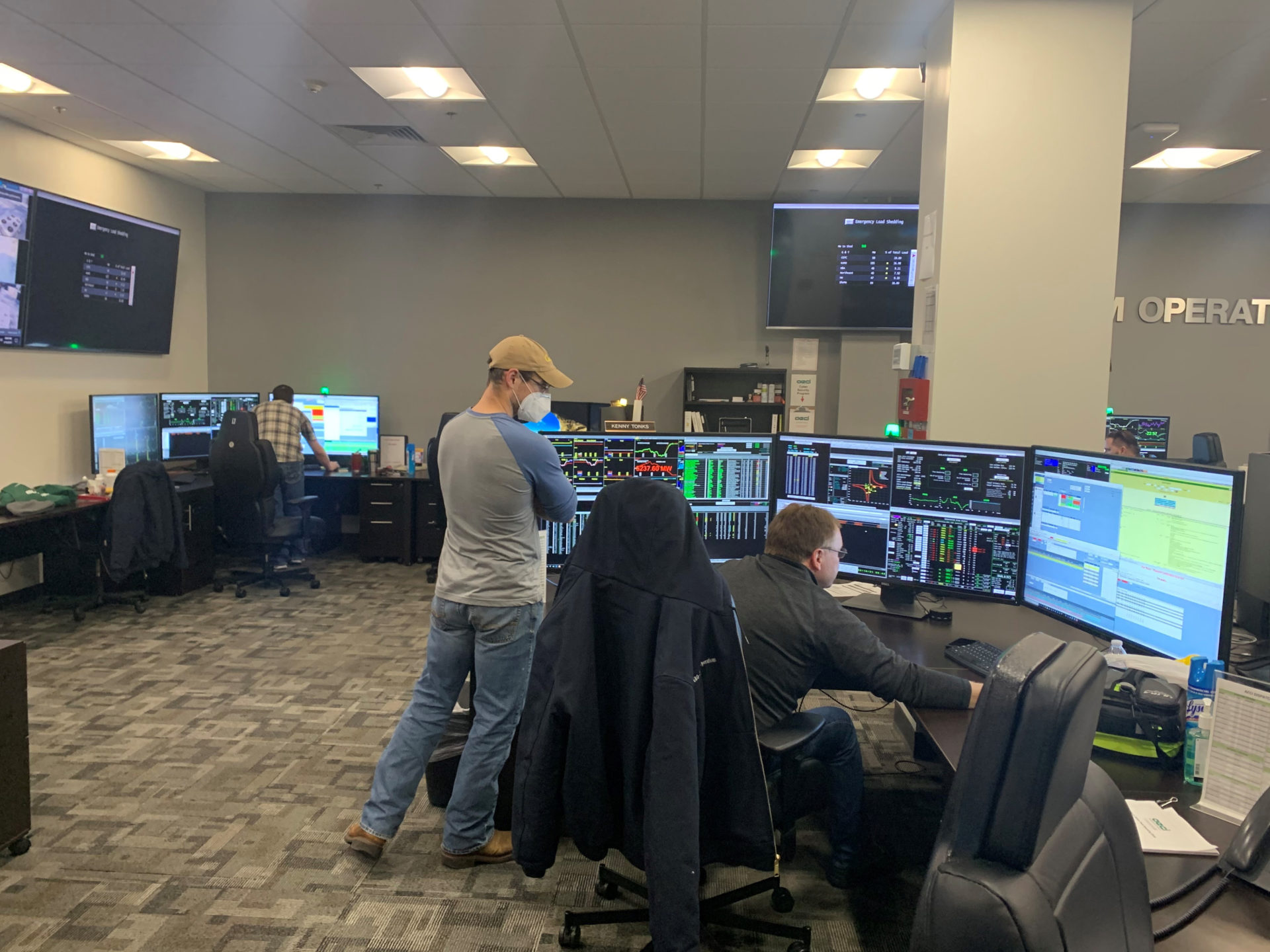 What kept the electric co-op grid functioning during this crisis? There were many reasons, including:

Typically, power plants are taken offline as needed to perform maintenance. That wasn’t an option during that cold week in February. “The power plants were running at full bore for several days,” says Webster Electric Cooperative CEO Tom Houston. “Imagine the effect it would have on your engine if you went out and drove your car four days straight with your accelerator pressed to the floor the entire time. The plants performed admirably with just minor issues that were repaired as soon as the energy loads reduced back to normal levels.”

Some units had hiccups, but nothing that took the entire plant down. That’s due in large part to the thorough, planned maintenance these plants undergo during the spring and fall when demand for electricity is lower. There’s also ongoing planned upgrades of transmission resources by the state’s six transmission cooperatives.

Going into the cold winter months, each power plant has a checklist of required maintenance that is performed. When forecasts for the February cold snap came in, employees went through the checklists again as a precaution. “In the military it’s said that every battle is won before it is fought,” says United Electric Cooperative CEO Jim Bagley. “The planning by these entities and how they executed those plans is what got us through this.”

To ensure the lifesaving electricity continued to flow, Associated employees stood guard at its Essex peaking plant to shovel heavy snow away from air intakes. Its team worked around-the-clock at the power plants to keep minor issues from becoming major ones.

At the peaking plant in Holden the fuel source was switched from natural gas to fuel oil to reduce costs when gas prices skyrocketed. A huge effort took place to keep its tanks full, with 1.3 million gallons of oil unloaded by 181 tanker trucks during the storm.

Transmission linemen and substation personnel at M&A and KAMO electric power cooperatives kept crews on hand at the switchyards for the vital New Madrid and Chouteau power plants to ensure there were no issues with getting power out of the plants and onto the grid.

Distribution co-op linemen had their trucks loaded with materials and were quick to repair the isolated outages that popped up on their systems.

Meanwhile officials at Associated Electric and neighboring electric utilities kept the lines of communication open to help each other serve those depending on their electricity. Midnight phone calls helped squeeze every kilowatt out of the power plants and ensured it got to where it was needed the most.

“At the end of the day, all of the state’s utilities worked together to keep everyone’s power on,” says Caleb Jones, CEO of the Association of Missouri Electric Cooperatives. “There was a lot of concern there for the well-being of everyone, no matter who supplied the power.”

While the bullet was successfully dodged, it’s clear that Associated’s balanced generation resources saved the day.

“A balanced, diverse mix of generation resources means flexibility and options,” says Joe. “The ability to pivot to different generation resources when the weather or other factors demands it is valuable because it makes sure members are receiving the most reliable and affordable power we can deliver, no matter the situation.”