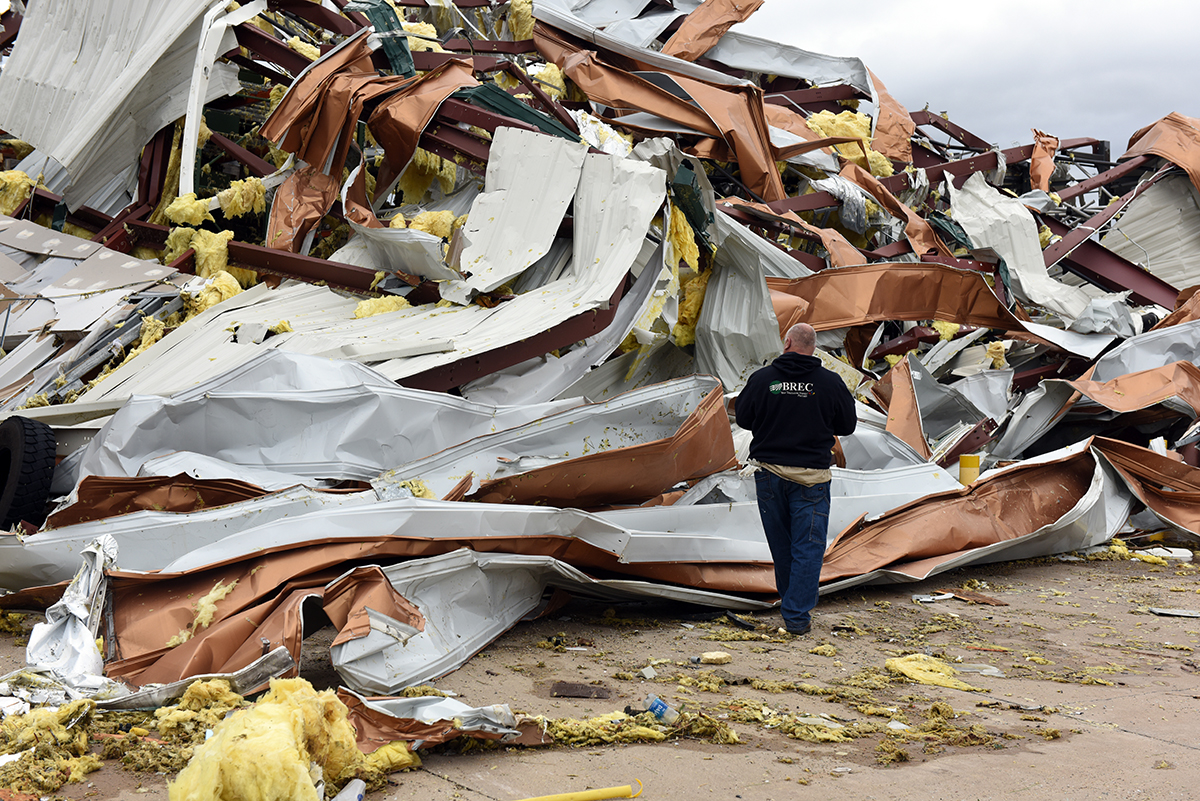 It’s hard enough recovering from a tornado. It’s even more difficult when your office was in the bull’s-eye and most of the equipment used for repairs is damaged. That was the situation Black River Electric Cooperative faced when an EF3 tornado touched down on Sunday, Oct. 24 at its office just off Highway 67 in Fredericktown.

The twister dropped an awning on 25 trucks parked in neat rows underneath, causing extensive damage to them. It blew the sides out of the co-op’s garage, demolished the warehouse and shattered windows in the dispatch center. The main office suffered broken windows and water damage but was spared the brunt of the storm.

As if that wasn’t enough, materials vital to the restoration effort were stranded under the fallen warehouse. Many of the co-op’s linemen couldn’t find their tools.

Two part-time dispatchers were the only employees on site when the storm struck. They dove into a closet and rode out the frightening onslaught with no injuries.

The tornado was one of two that impacted electric co-ops in Southeast Missouri. The second tornado started south of Farmington and exited Missouri at St. Mary where it blew the roof off a popular antique mall and destroyed homes and businesses served by Citizens Electric. 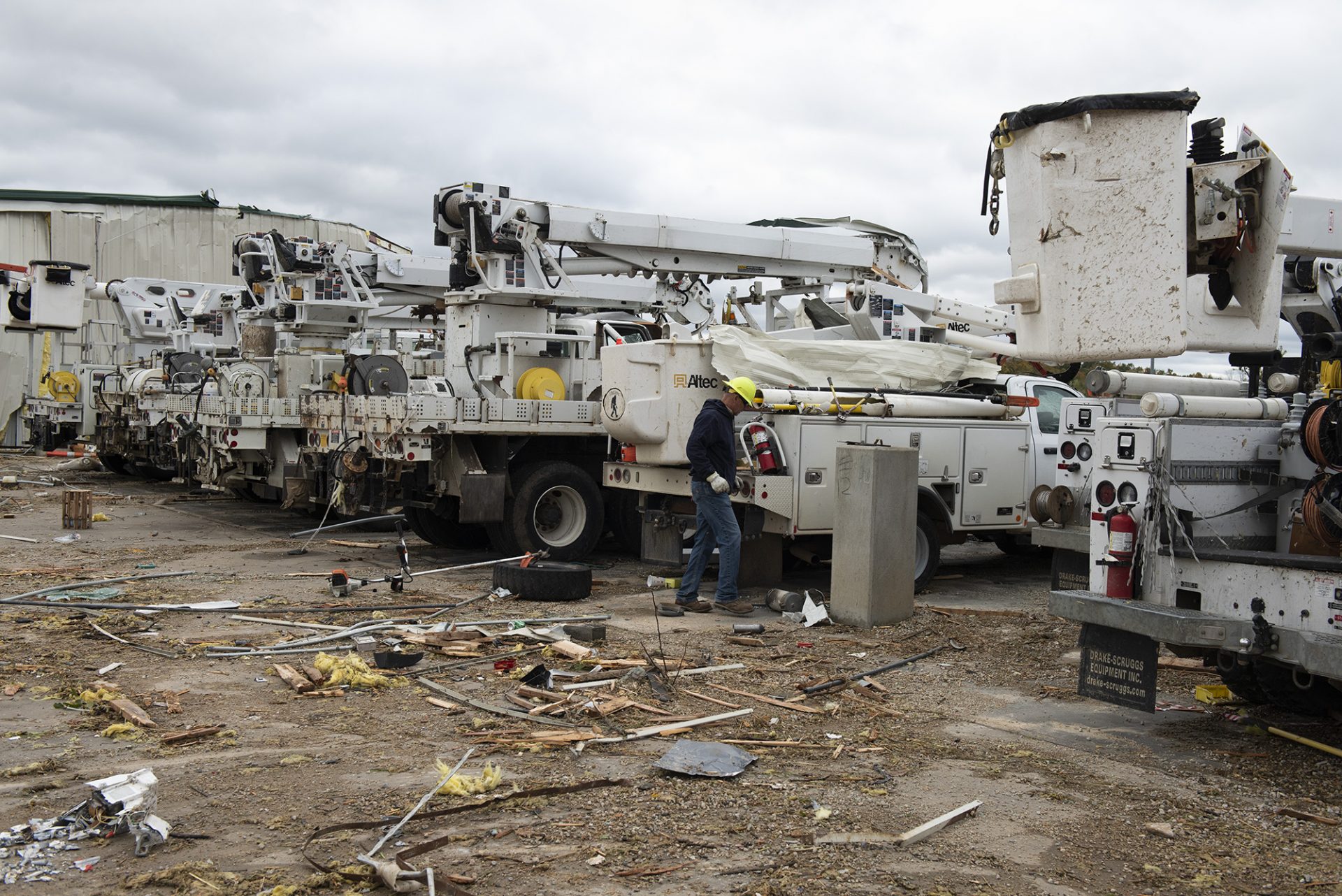 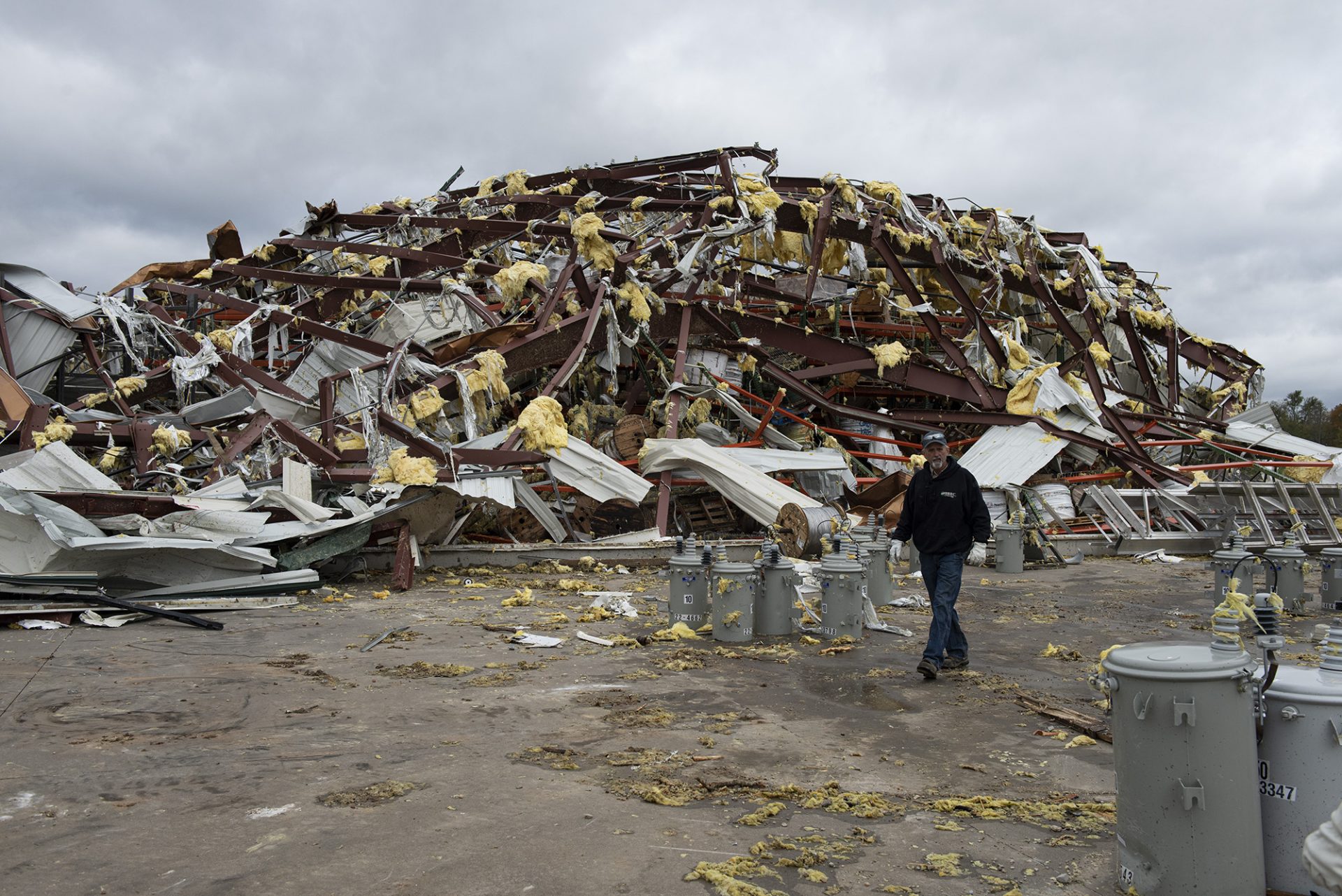 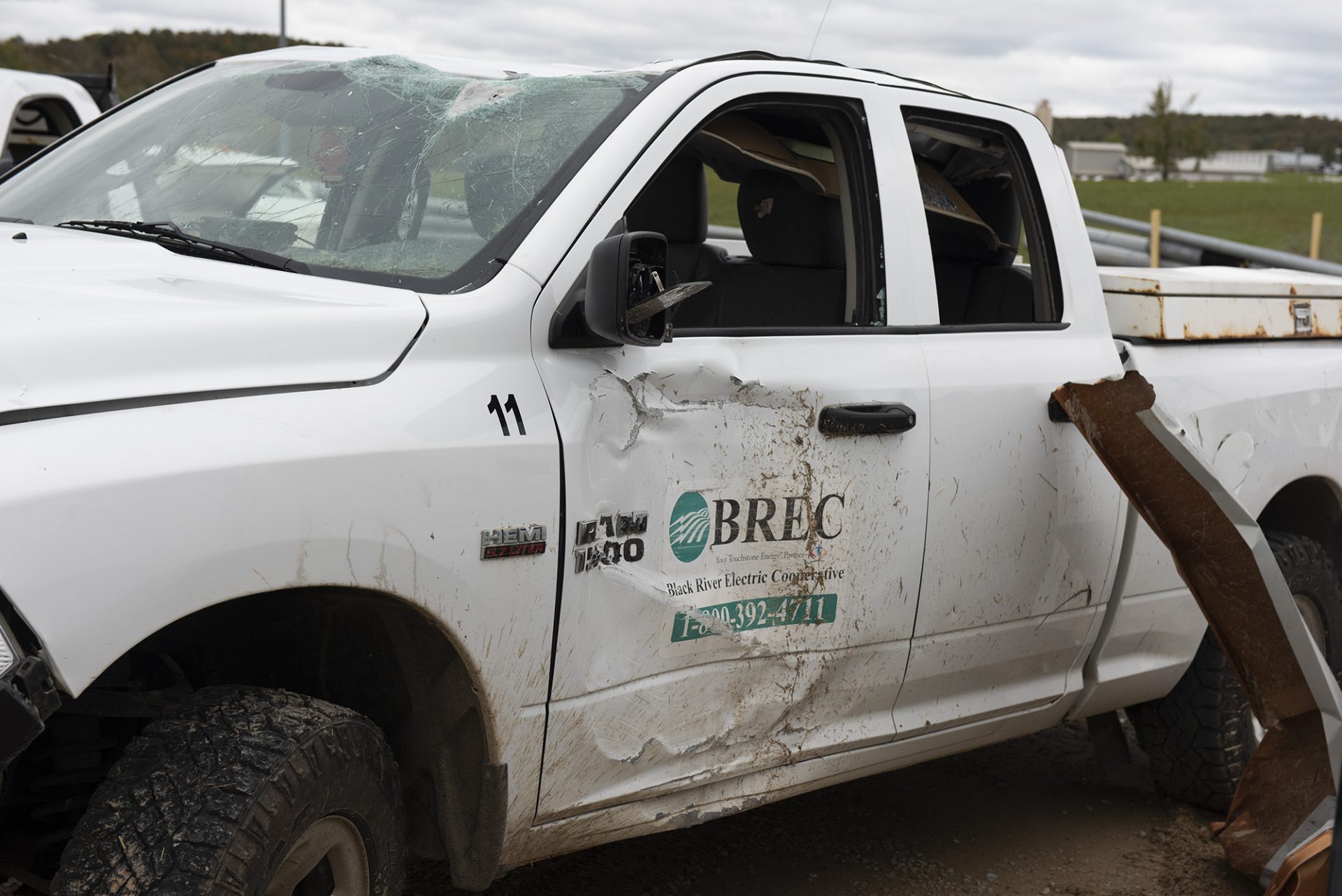 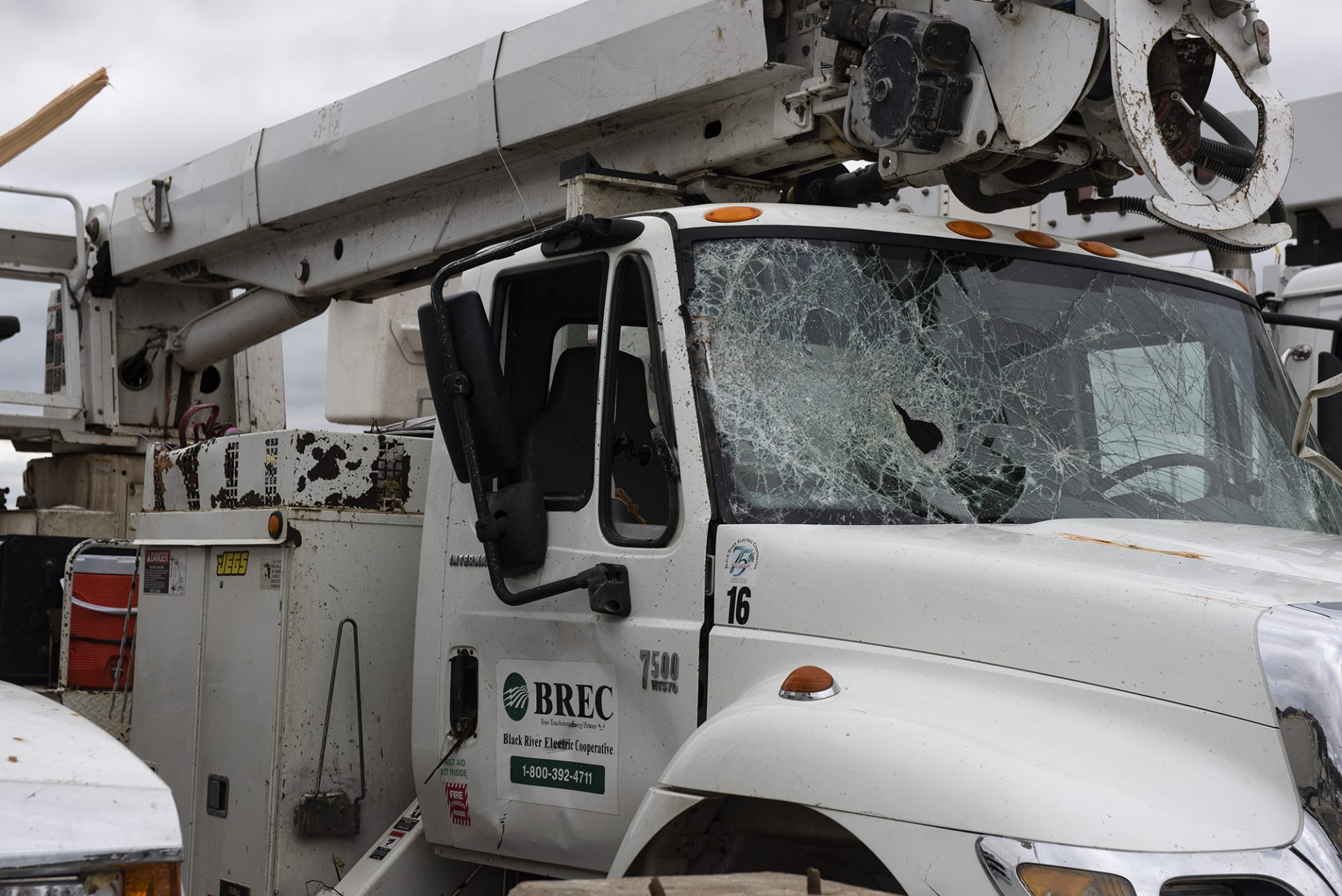 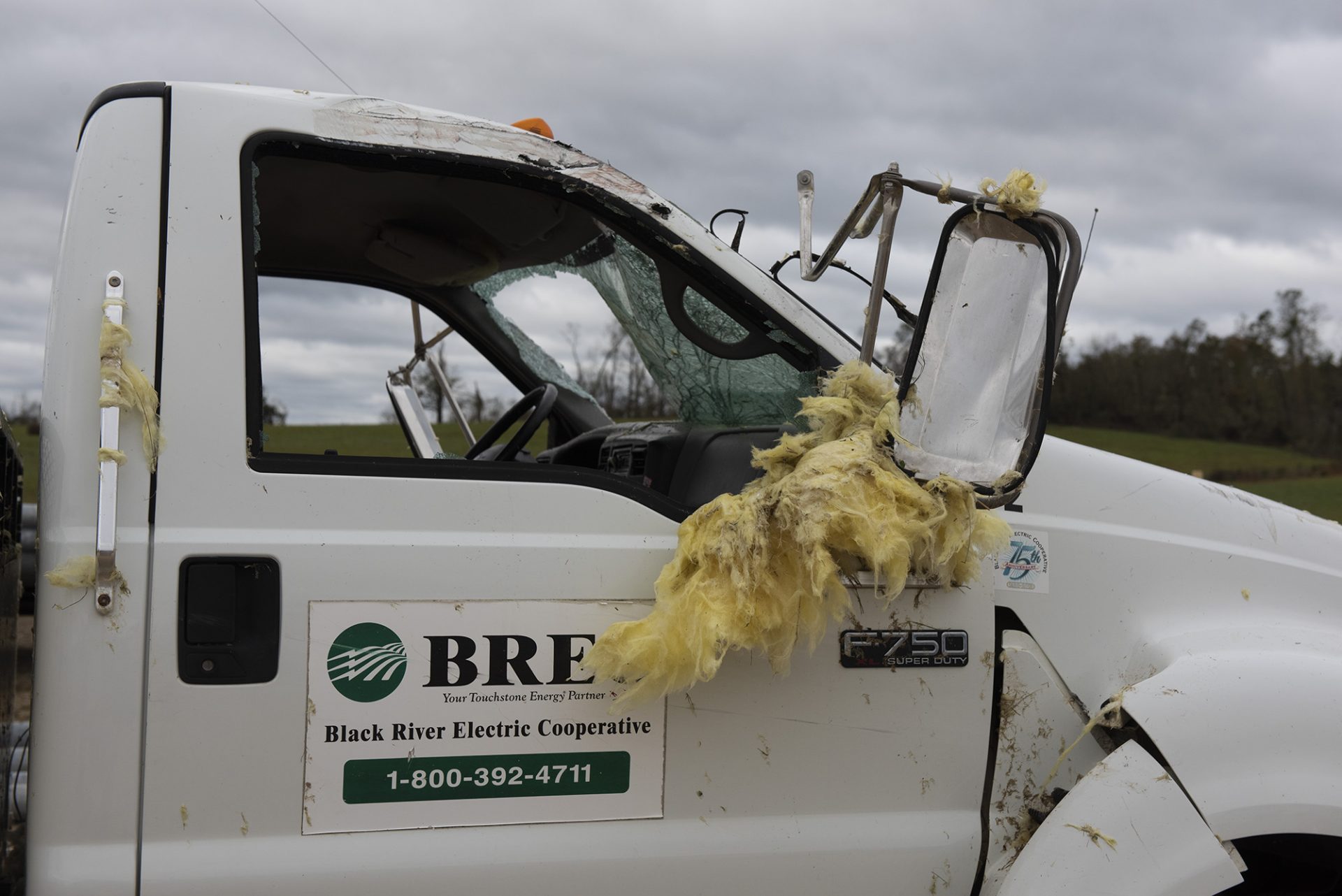 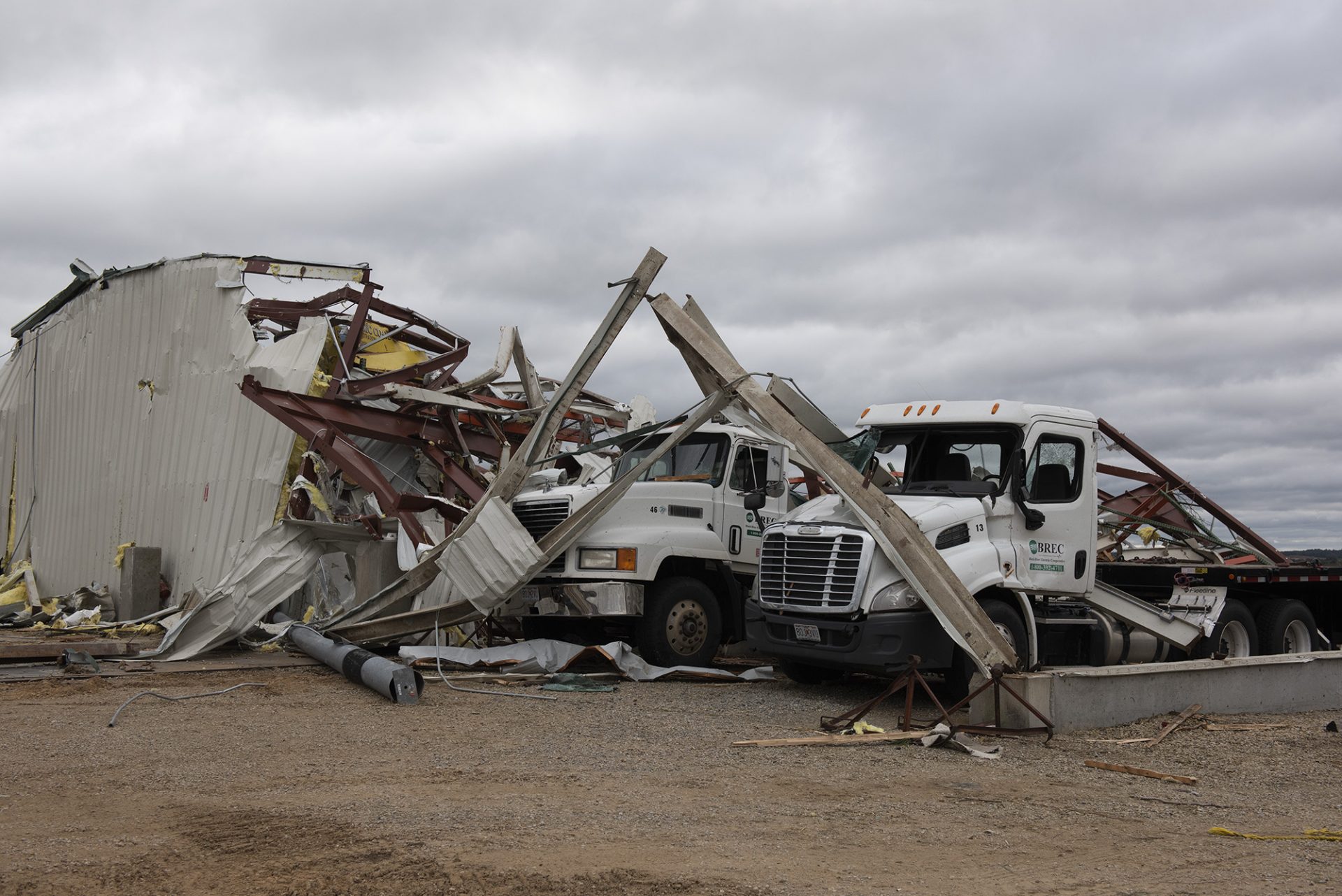 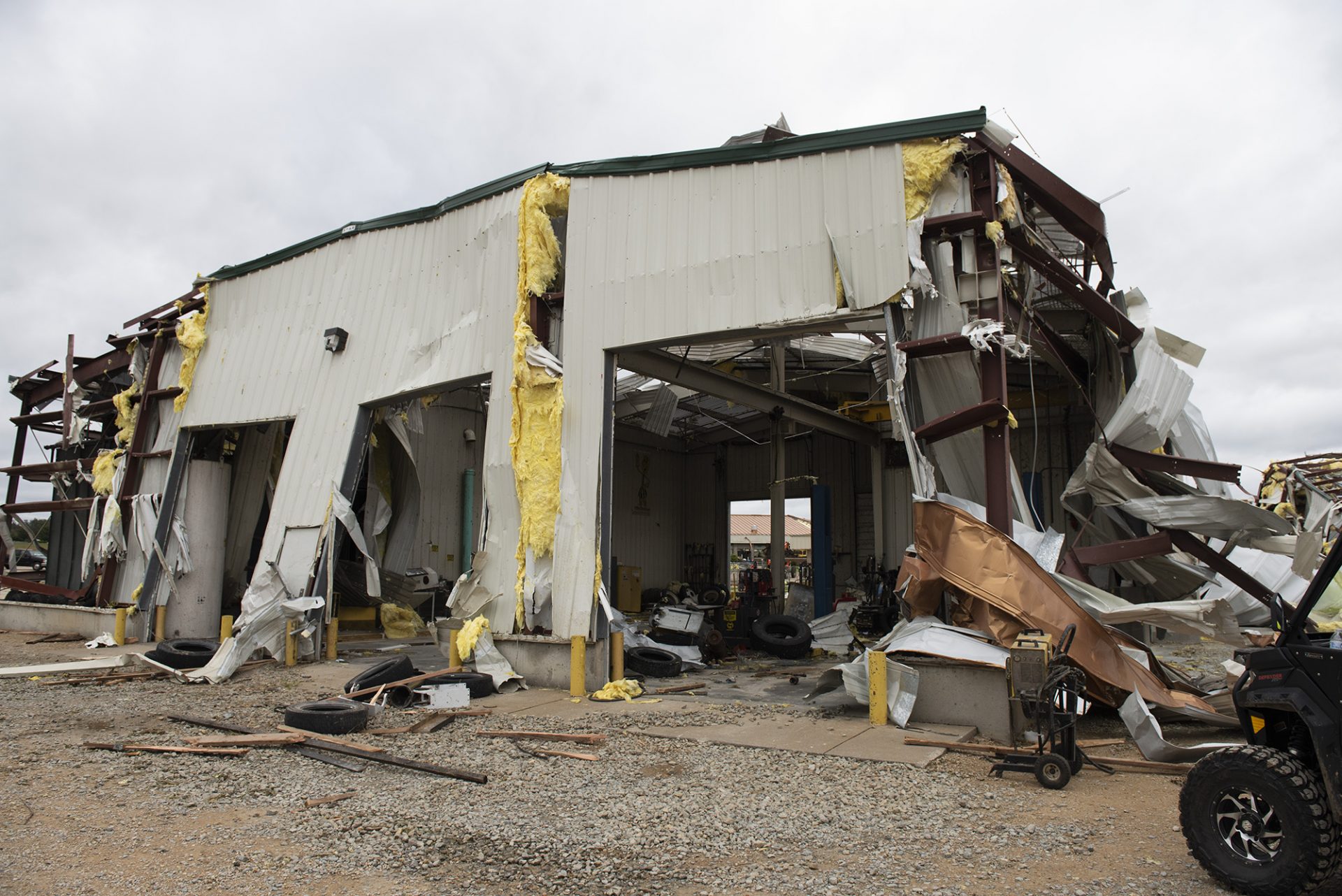 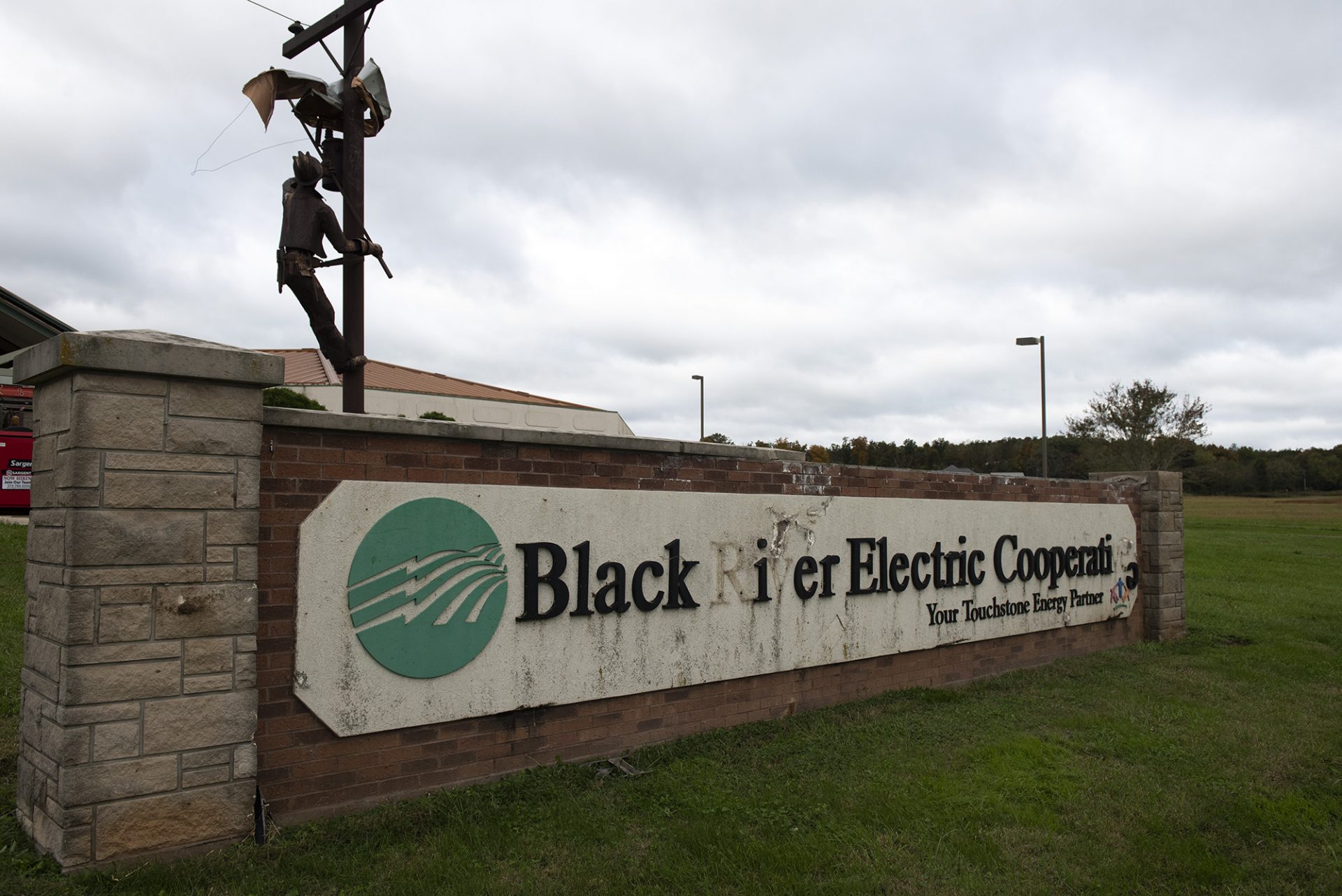 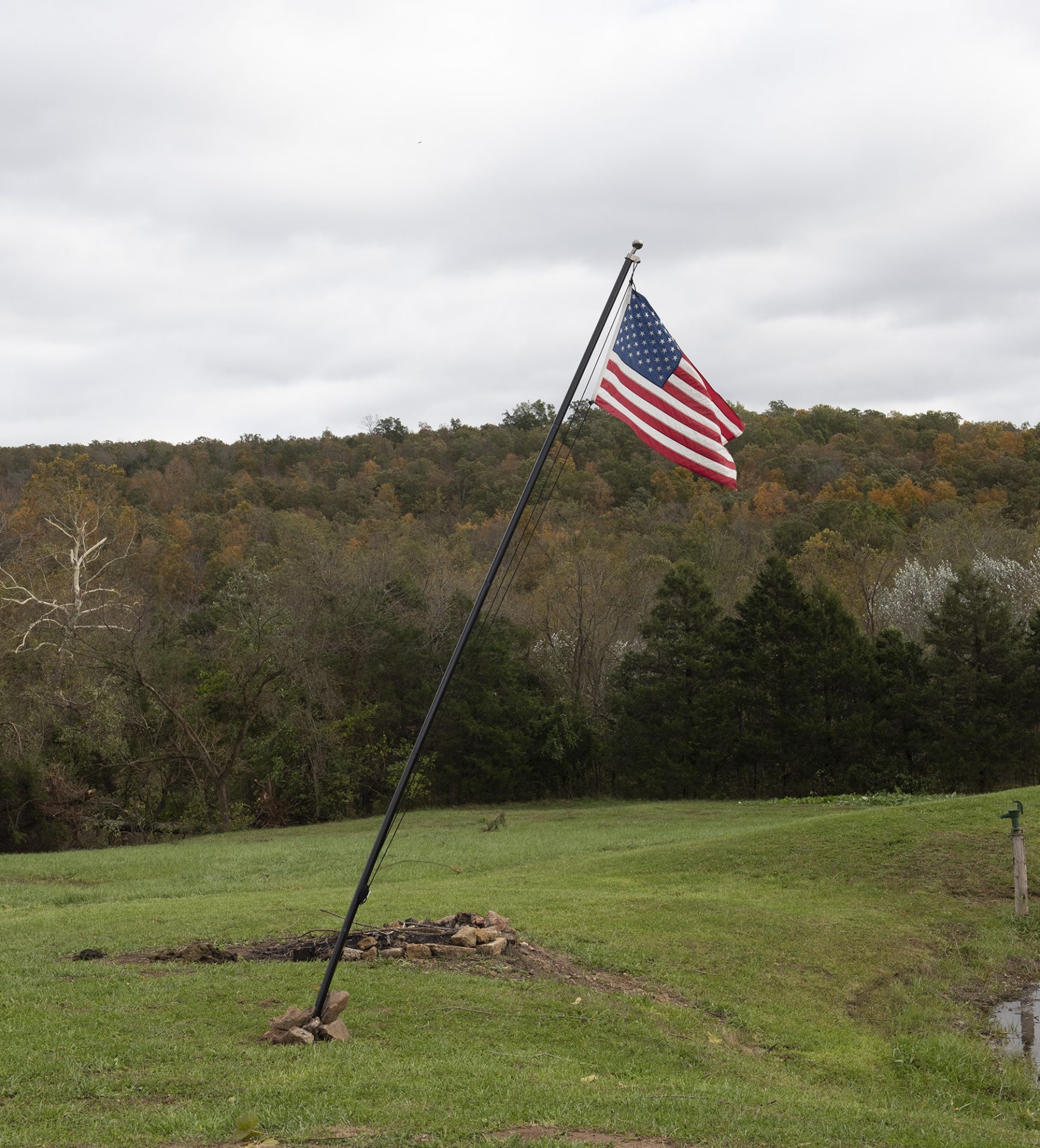 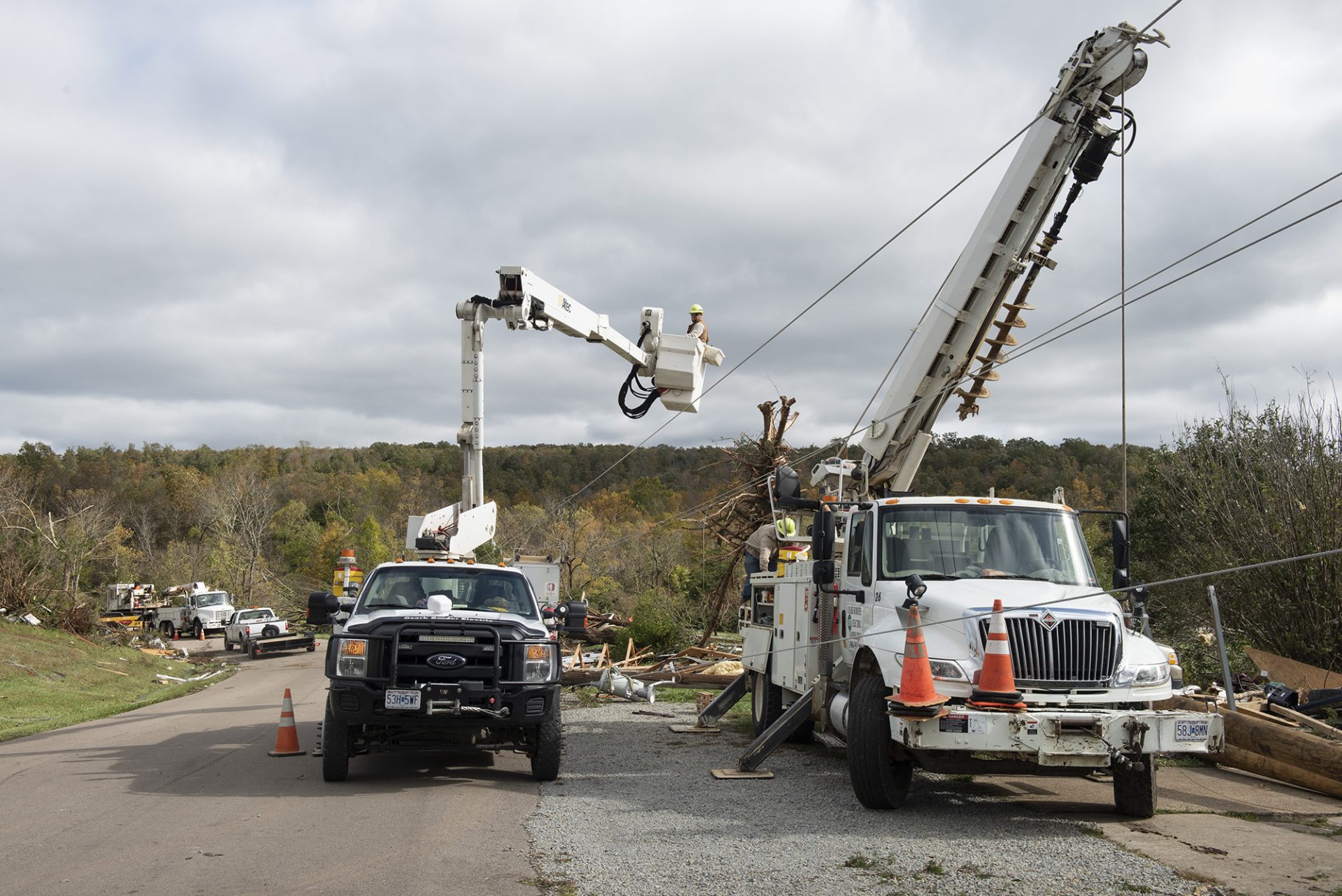 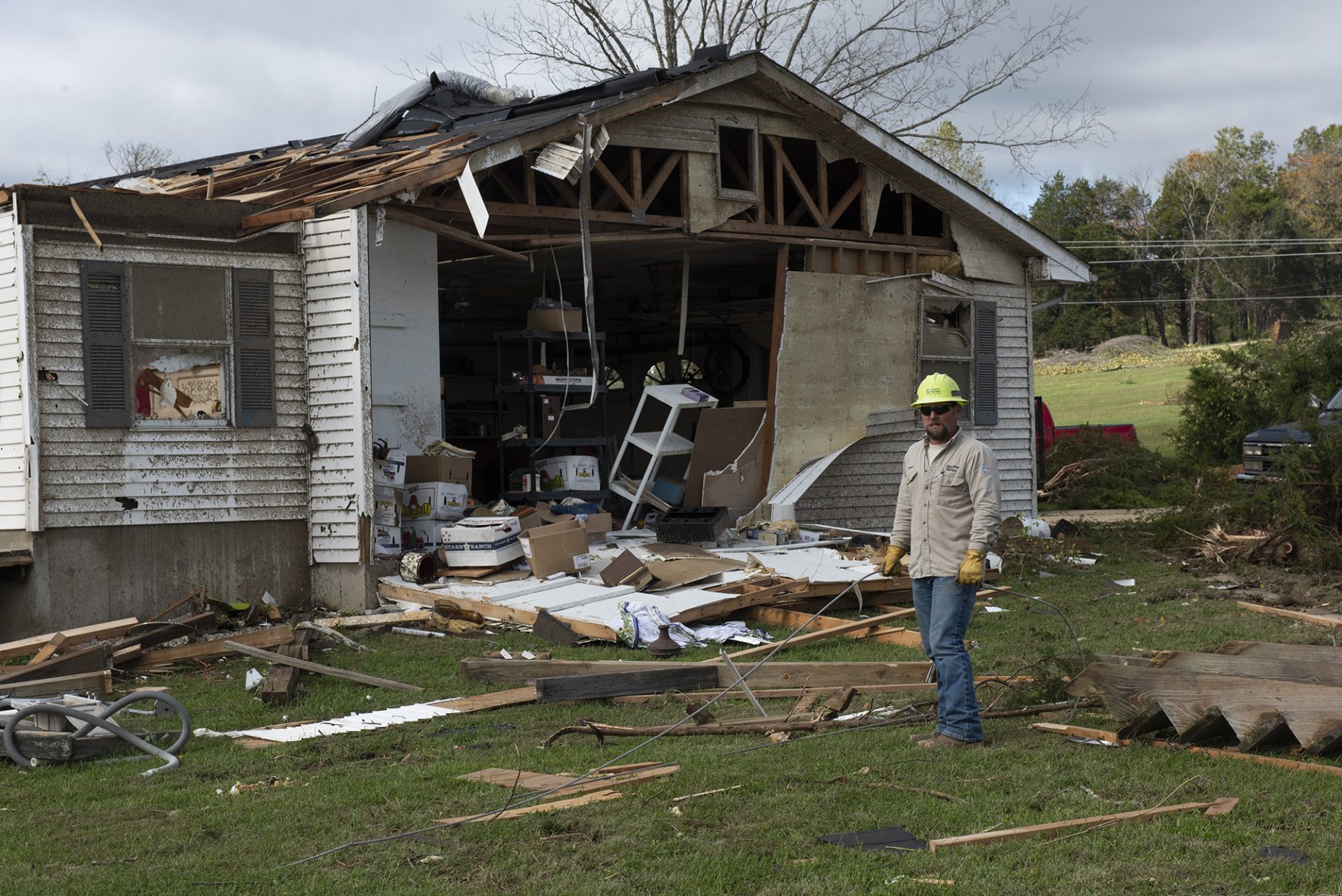 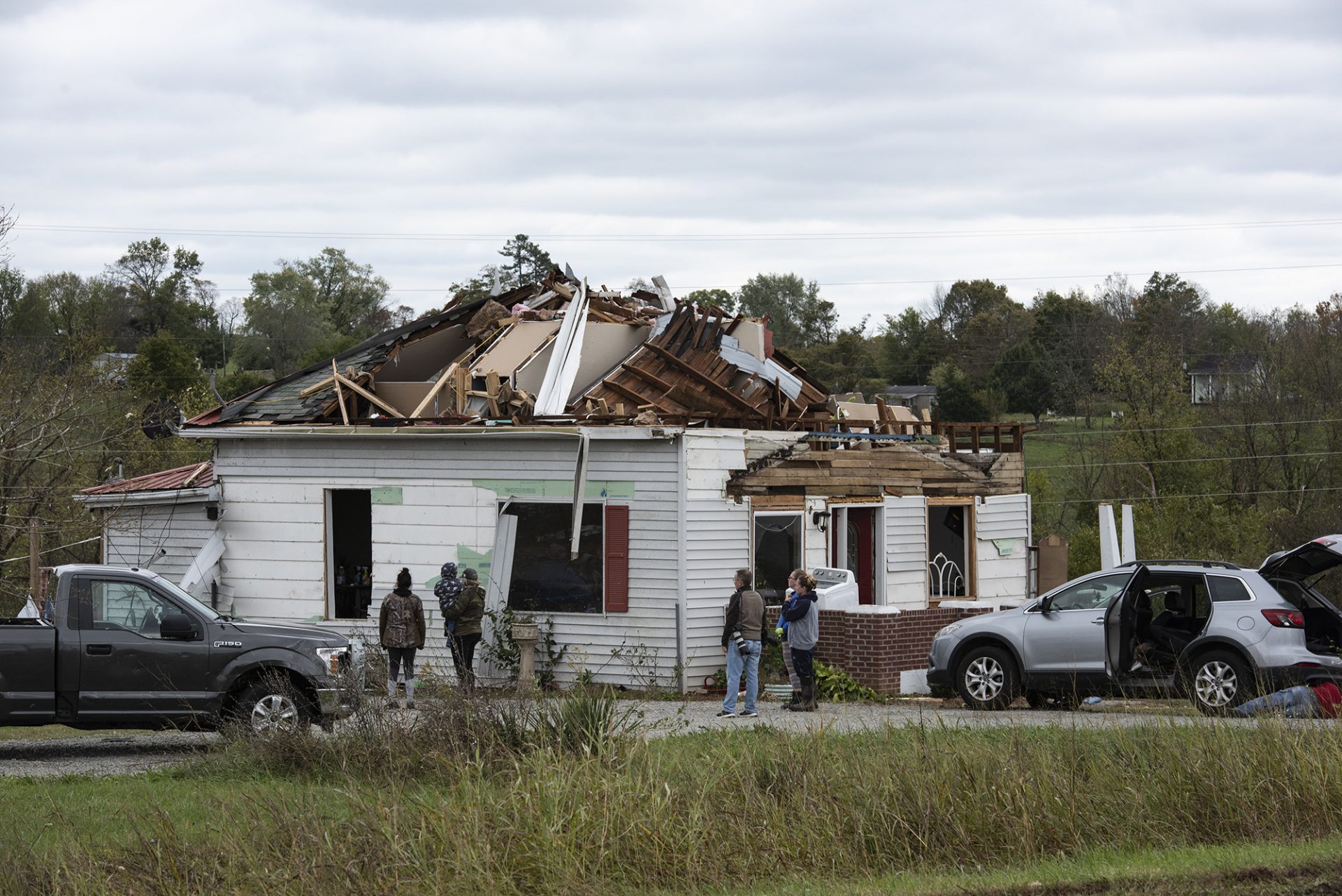 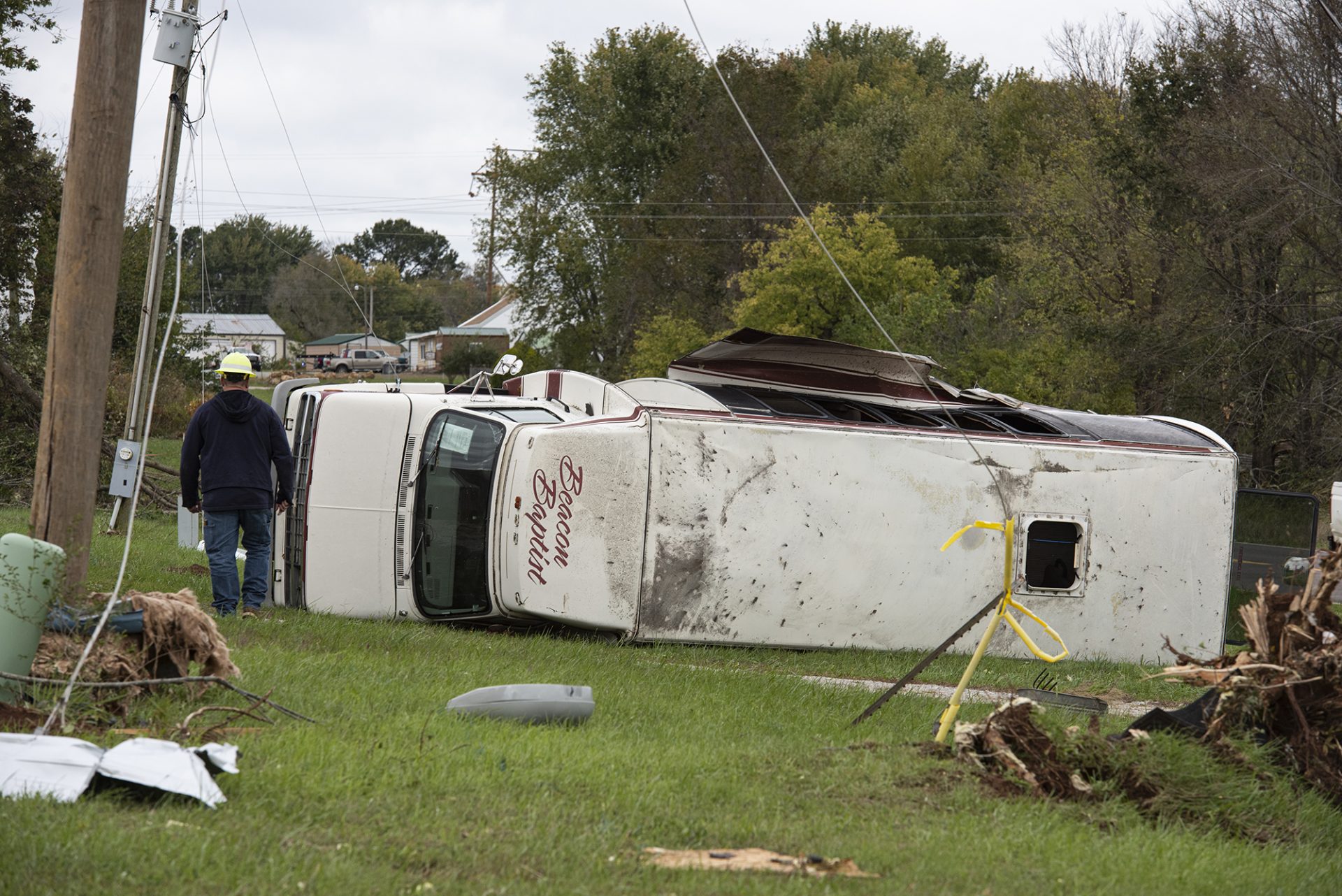 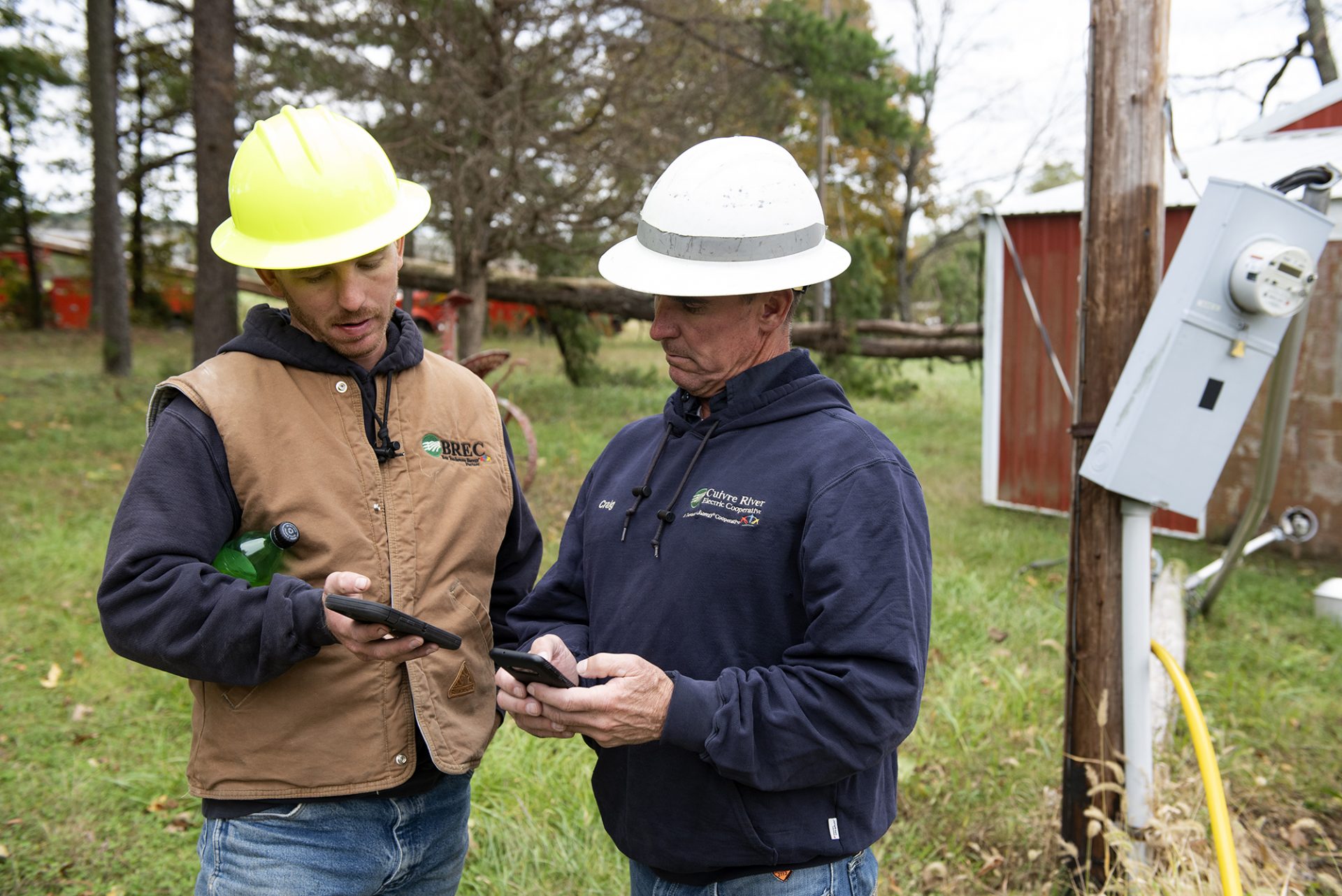 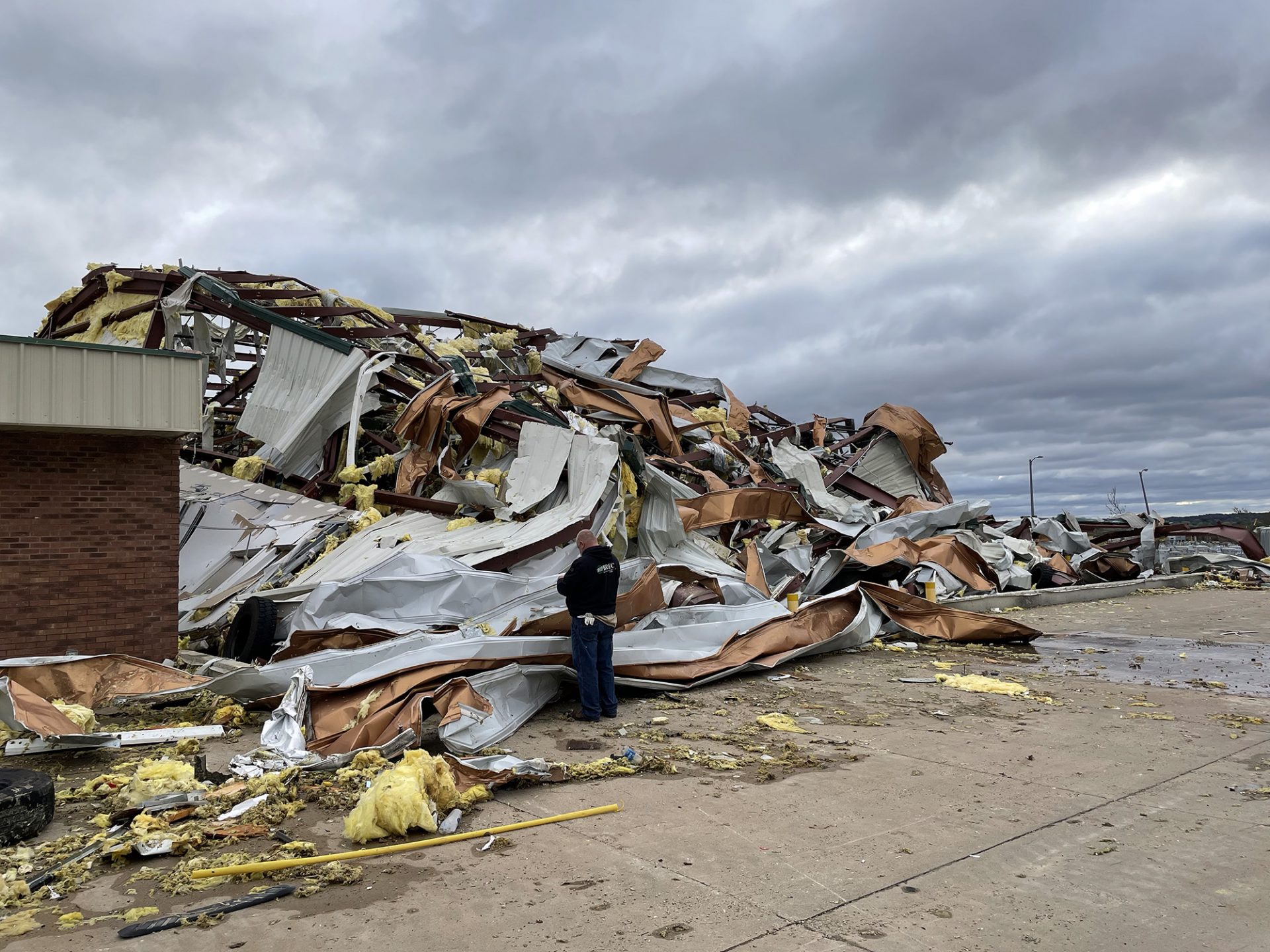 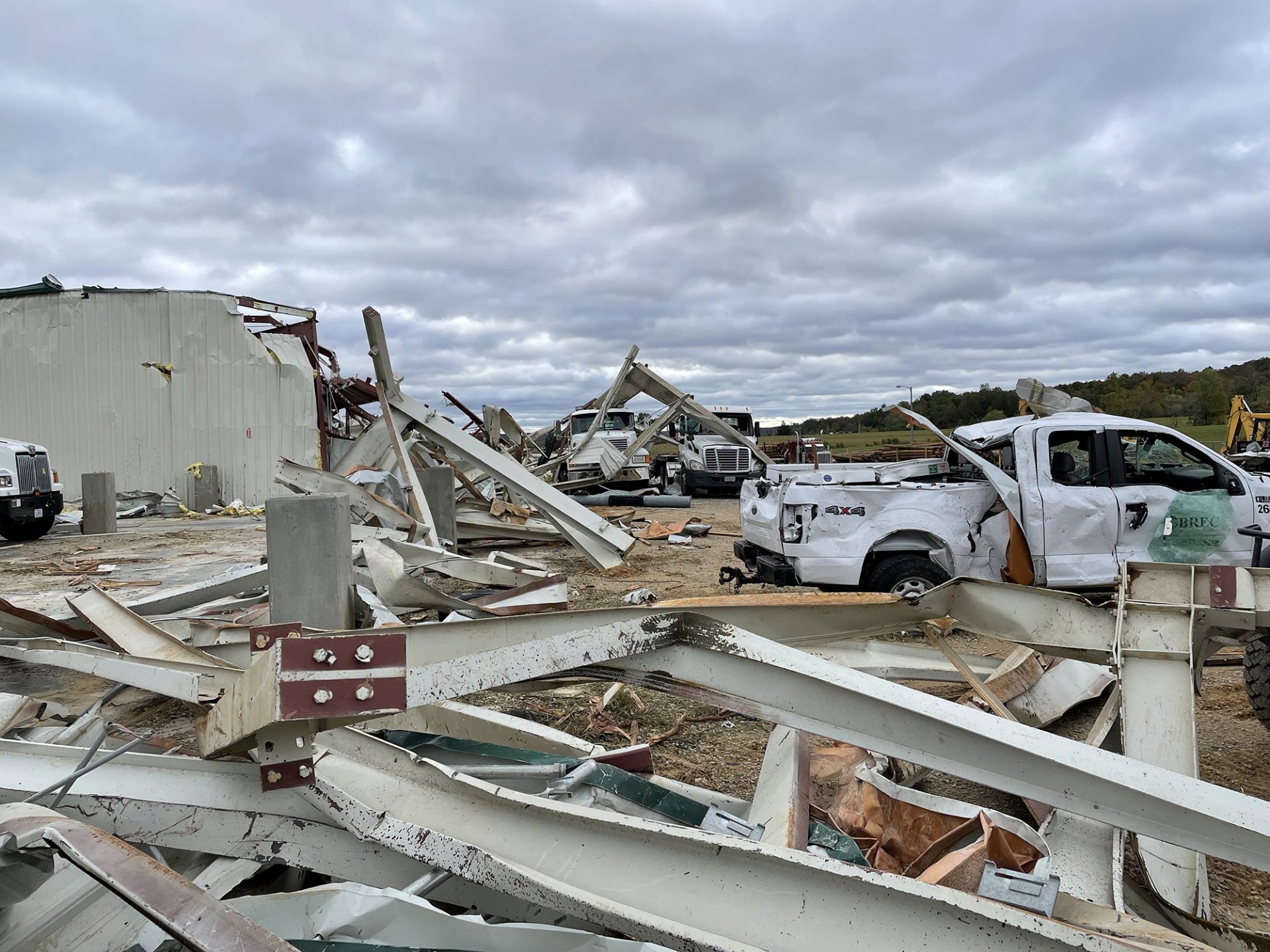 As soon as the wind died down employees got to work making repairs so that crews could restore power to more than a quarter of its 24,900 members. Computers from the damaged dispatch center were moved to the meeting room. Plywood was used to cover broken windows. Workers climbed onto the roof to replace metal panels ripped off by the powerful winds. Despite the damage, the co-op was open for business Monday morning.

Trucks were called in from branch offices in Marble Hill and Ellington. A contractor brought its crew and went to work. In short order the number of outages was cut by two-thirds overnight.

“It’s a struggle because of the number of vehicles that were damaged,” Black River Electric CEO John Singleton related as he surveyed the damage Monday morning. “Several contractor crews on our system and a few neighboring ones came in last night and have made a lot of progress. Our crews worked all night. There were 6,500 out at the peak. We are down to just 1,900 this morning.”

Meanwhile a call placed to the Association of Missouri Electric Cooperatives put into motion the Missouri Mutual Assistance Program that sends help speeding to the rescue from electric cooperatives out of the storm’s path. By noon on Monday, 46 additional lineworkers had arrived along with much-needed bucket trucks, digger derricks and tracked vehicles for the muddy ground. The fresh crews brought materials they would need to make repairs.

They fanned out along the tornado’s path and went to work. “Broken poles were our biggest problem along with debris in the damaged areas and terrible ground conditions,” John said, adding that 100 poles were broken.

As fast as Madison County’s road crews could clear the way, linemen were stripping broken poles of their hardware, dragging off fallen limbs and replacing twisted strands of wire with new conductor. The work went on well into the night. The flashing yellow lights and spotlights from electric cooperative trucks could be seen all around Fredericktown. The all-out effort didn’t stop until every member capable of receiving service was back on.

“Our storm response did not start Sunday, it began 20 years ago with the board and management at the time,” the cooperative’s manager says. “They built the dispatch building to seismological standards and to withstand a 200 mph wind along with additional space in the headquarters to house our operation on a temporary basis. Thanks to our board, we have the resources to move forward. We prepare for emergencies. Granted this one is unusual in its long-term impact, but Black River Electric Cooperative has survived countless challenges since it began in 1938, and we will continue serving our mem-bers long after this is a memory.”