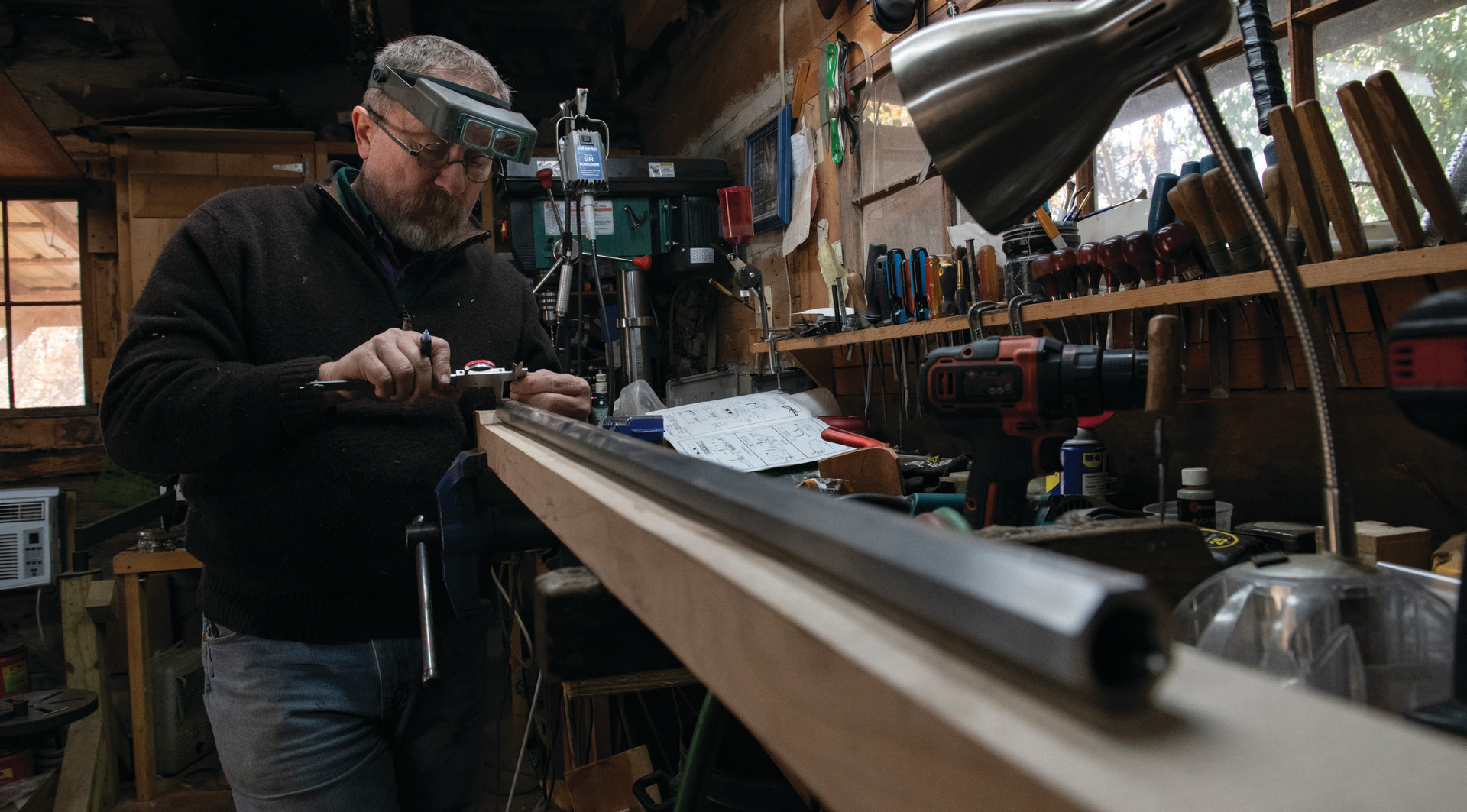 The arc of Chuck Edwards’ life has always followed twin themes: history and art. A keen eye for detail led him to pursue western art as a portraitist. After firing a friend’s flintlock rifle for the first time, his artistic inspiration changed with a flash and a bang.

To say the painter-turned-gunsmith completely abandoned his artistic inspiration, however, wouldn’t be true. Chuck traded painting for three new disciplines — black-smithing, woodworking and engraving — and combines all three to create one-of-a-kind pieces that are not only fully functional, but highly collectable.

A lifelong woodsman and childhood fan of the television exploits of Daniel Boone and Davy Crockett, Chuck enjoyed the experience of finally shooting a flintlock. He wanted to buy his own traditional muzzleloader to start hunting with, but, he says, “I found out really quick I couldn’t afford them.” Not to be deterred, the SEMO Electric Cooperative member studied what material he could find on the subject. He built one flintlock, sold it and used the funds to buy tools, parts and books. That pattern continued, and soon he found he’d not only been building guns but also a reputation for his work.

“I told my wife, ‘If I have a year’s worth of work in front of me, I’d quit building houses,’” Chuck says. “Turns out I had two years in front of me and I didn’t know it.” 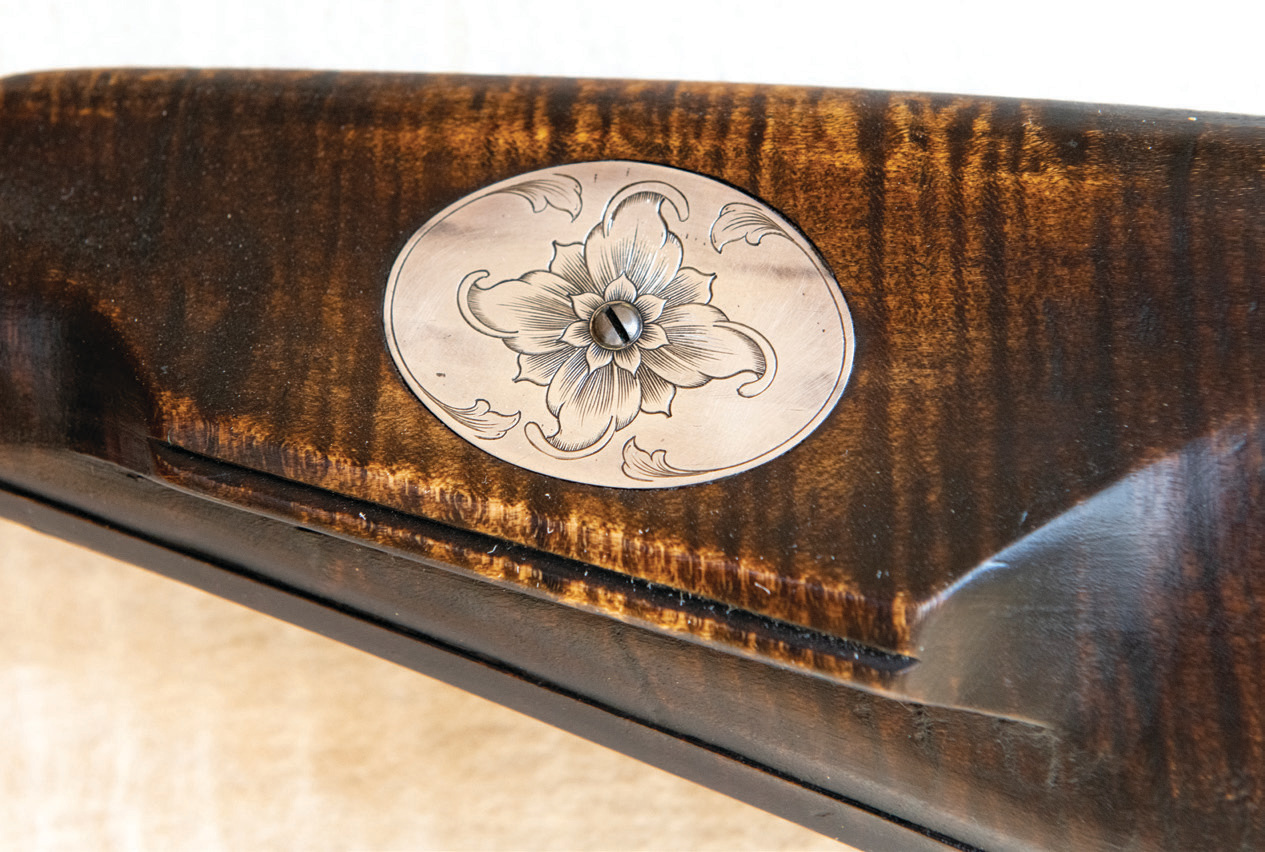 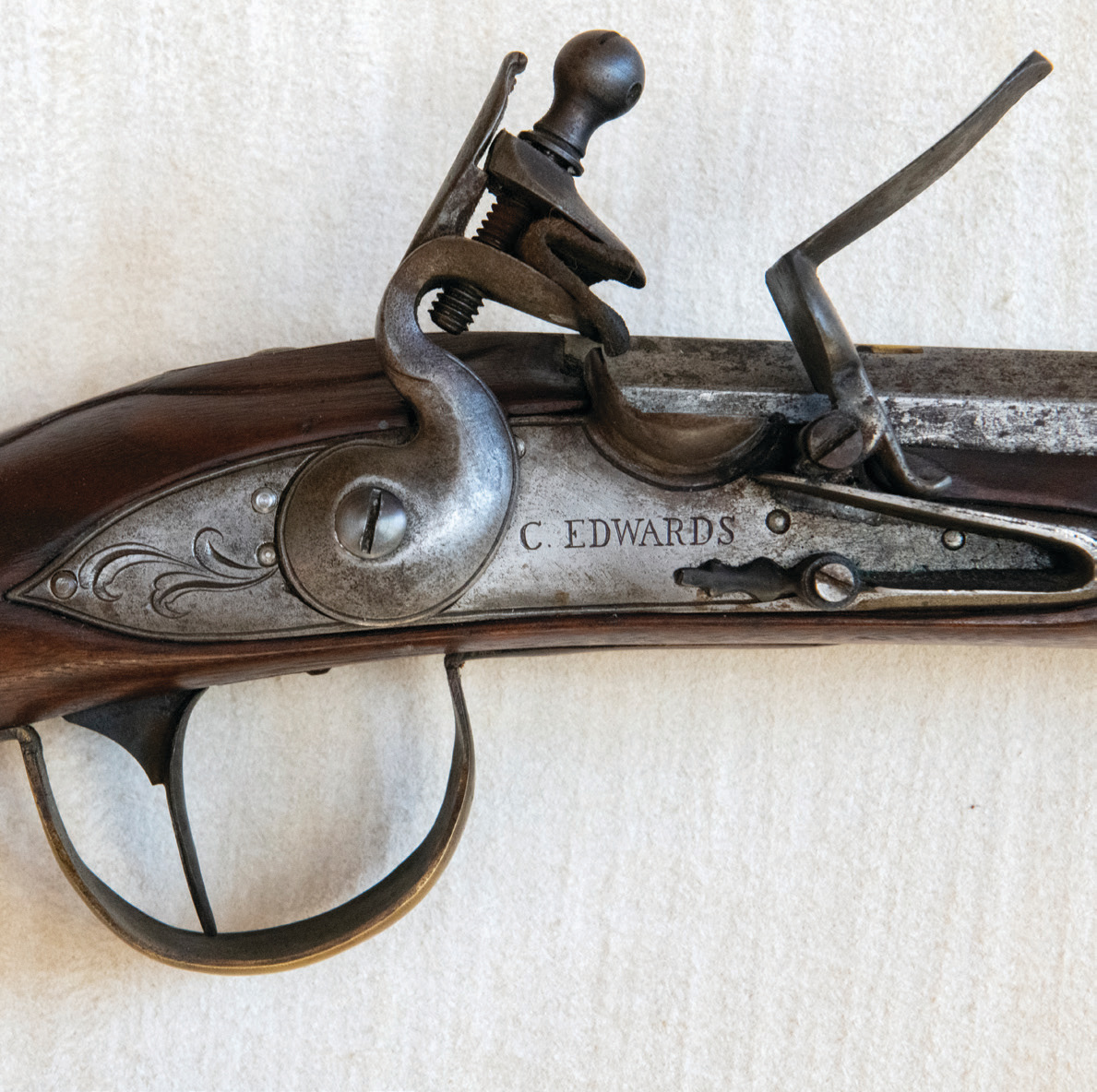 He still finds new aspects of the process that spark his curiosity 20 years later. In addition to building new flintlocks, Chuck also made a name for himself through engraving. Much of that work involves restoring scrollwork on antique firearms, such as European long-range rifles and fowling pieces, from the 18th and 19th centuries. Collectors who buy such guns for restoration projects send the parts that need engraving to Chuck. But cleaning these pieces during the restoration process sometimes renders the original designs into nothing more than a few divots or even a clean slate.

That’s when a smoke pull comes in handy. Using a candle to cover the surface of the gun in soot, a piece of tape is then applied to pull off a copy of the design underneath. Stuck to a piece of paper or film, the tape becomes a photographic negative of the image that was originally engraved. Chuck then uses the smoke pull as a guide when he re-engraves the cleaned piece in a process called “chasing.”

“We have machines now that do remarkable stuff,” he says, motioning to a small air jack at the workbench, “but some of these actions and locks are fine mechanisms, like a well-machined clock. I have to use a microscope to see it. I don’t know how they did it with just the ambient light coming in through a window.”

Engraving for small pieces runs roughly $6 per letter, with larger jobs — chasing the scrollwork on an antique gun, for instance — running $60 per hour. A Chuck Edwards original muzzleloader starts around $3,000, and the price can increase based on certain options including the type of wood used for the stock. Curly maple, black walnut and highly prized English walnut are preferred for their stripe, burl and overall character. Most customers purchase their own wood, barrel and lock and decide on what trigger pull and engraving they want before setting Chuck to work. They also decide if they want an early — pre-1790s — or late gun and what “school,” or style of gun they ultimately want.

The Pennsylvania, Virginia or Kentucky rifle nicknames stem from the places where a particular style of gun was built. Chuck says as gunsmiths branched off from where they had apprenticed in order to start their own shops, the styles and methods they used evolved alongside other influences from German immigrant gunsmiths.

“It was always improving and moving,” Chuck adds. “There are a lot of variations between time periods as it changes over the years.”

Fine guns aren’t made overnight: A basic rifle takes Chuck at least one month to craft while more ornate, detailed pieces can take up to two years to finish. But the end product is worth the wait, worthy of taking into the deer woods or admiring above the mantel.

It follows that Chuck’s fascination with period-correct firearms extends to other forms of woodcraft and self-reliant living. A member of the American Mountain Men organization, he makes it a point to head to the woods at least once a season and try what he calls “experimental archaeology.” Whether he’s brain-tanning a buffalo robe or learning early 19th-century trapping, he finds joy in figuring out the tried-and-true methods of yesteryear.

“We’re always digging into things like that,” Chuck says. “This is a hobby that turned into a way of life for some of us, and I’m fortunate enough to make a living at it.”