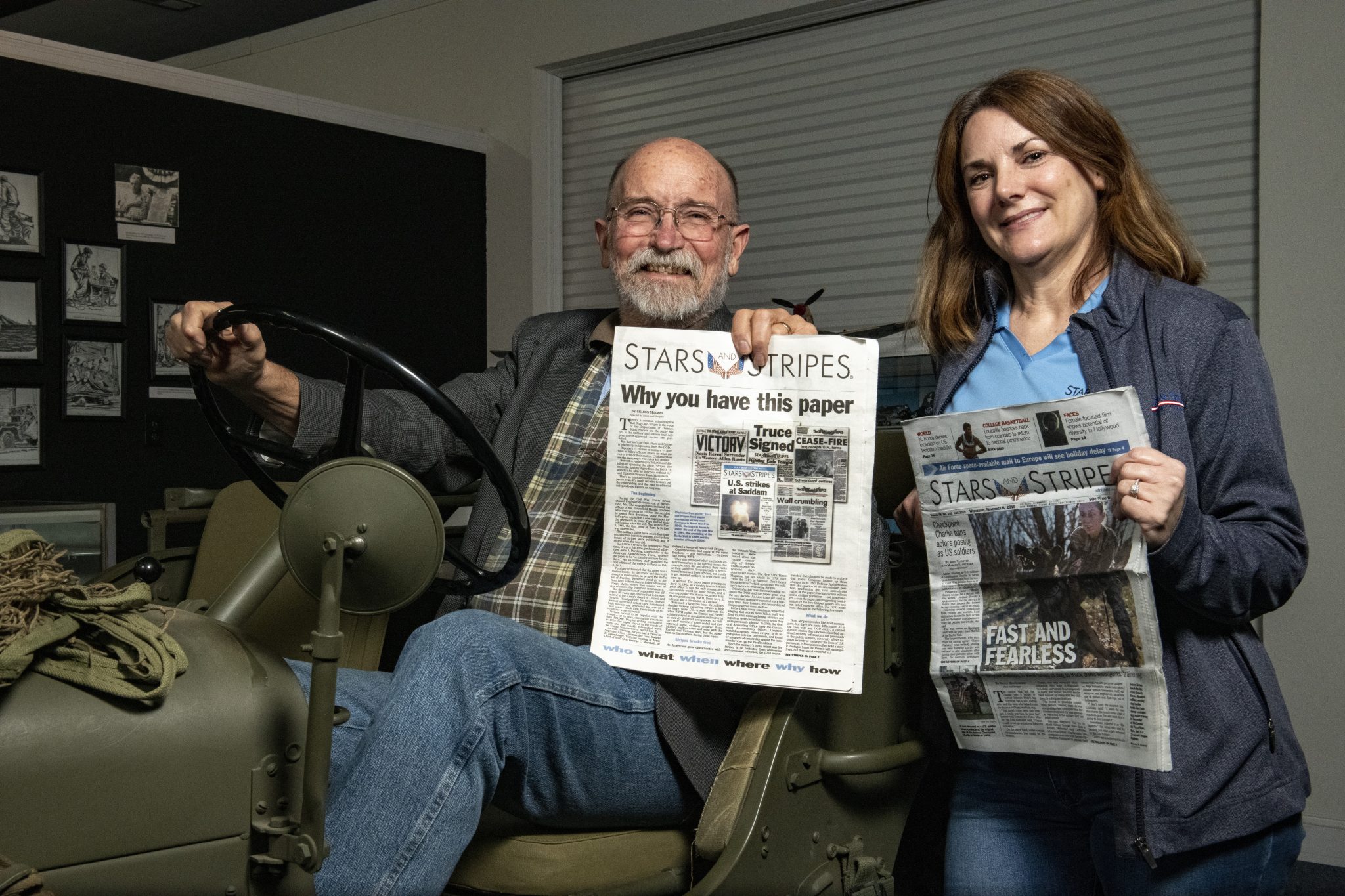 Military heritage is fundamental part of the story of Bloomfield, and it’s honored around every corner. From 23 historic markers to the Missouri State Veterans Cemetery to its place on the U.S. Grant Trail, the town’s past is on full display for the history buff and casual tourist alike.

Locals hold that the town changed hands more than 20 times during the Civil War. During that first visit by Union troops, history was in the making with the publication of a simple newspaper, The Stars and Stripes. However, The Stars And Stripes Museum and Library at the southern edge of town celebrates more than those four pages. Through an impressive collection of military journalism, the museum pays greater homage to the people whom the newspaper serves. Exhibits follow the American military forces and their battles overseas from the 1860s to the present day.

Founder Jim Mayo says the museum is especially important for educating students about history in an immersive way where the classroom textbook can’t help but fall short. He motions to a replica of the battleship USS Missouri encased next to a photo of the Pearl Harbor National Memorial.

“There are so many youngsters who don’t know what World War II was all about, so we point out this picture to them and explain: ‘this is where the greatest war the world has ever known started, and that’s where it ended.’ ”

Although the museum opened in 1998, its beginning dates to Nov. 9, 1861, when 10 soldiers of the Eighth Regiment Illinois Volunteer Infantry under Col. Richard J. Oglesby published the first edition. It provided information on the Union army’s activities, ads for medicines and services of the period and no small amount of jests aimed at the enemy. The opening page targeted Confederate commander Missouri State Guard Brig. Gen. M. Jeff Thompson, saying his “rebels showed a good pair of heels in their retreat from Bloomfield, if they did not show good stout hearts.” A mock advertisement extolls the virtues of pills known to cure the dread disease of “secesh.”

“When you read what those soldiers wrote, it gives you a perspective of what they were thinking and feeling and what was important to them,” says the museum’s administrator, Laura Meyer. “When I read the 1861 issue I wish I could go back and be a fly on the wall to see what was going on.”

All told, The Stars and Stripes in its original form would account for five issues. The promised “next issue” by the Bloomfield editors never materialized. Other versions appeared sporadically in Louisiana and Arkansas over the course of the war. America’s military newspaper lay dormant for more than 50 years, but it was again called into service — this time during World War I. General of the Armies John J. Pershing, a native of Laclede, Missouri, requested a weekly newspaper be published for the American Expeditionary Forces fighting in France. The paper ran for 17 months before going dormant again. When World War II arrived, the paper quickly became a daily, spread from theater to theater and has remained in print ever since.

Today’s paper, shortened to Stars and Stripes, is a Department of Defense-authorized news outlet but remains editorially independent. From the frontlines to military bases around the world, the paper in its many editions is read by an estimated 1 million people each day. Every issue is a link in the chain from Bloomfield’s history to today’s military service members around the world.

The museum receives the daily edition of the paper and the library boasts every issue published, along with thousands of books on military history that are available for use by researchers. The screening room pays tribute to southeast Missouri’s five recipients of the Congressional Medal of Honor. Displays feature photographs and artifacts of war, alongside the cameras, notebooks, typewriters and early computers that were the tools of the war correspondent’s trade. Many of these latter items were donated by The Stars and Stripes alumni editors and reporters, known affectionately as “Stripers.”

“Most of them had saved things that they obtained during their employment, so that’s how our collection got started,” says Librarian Sue Mayo. “They seem to appreciate what we’ve done here.”

New smart televisions donated by SEMO Electric Cooperative and a high-speed fiber internet connection through GoSEMO Fiber are a big help during the museum’s signature event, Liberty Days — in Laura’s words, a “living history timeline” — held annually in October. Veterans and professors from Southeast Missouri University host presentations on conflicts from the American Revolution through the present day for school children from as far away as Perryville and Kennett. Re-enactors show kids what life was like in the days of the mountain men and the later Civil War era, and a POW-MIA ceremony is held.

“Our whole goal is to bring history to life,” Laura says. “We want people to be interested in history and to get excited about it.”

Before becoming president of the museum’s board, Jim Martin knew all about the paper from serving in the U.S. Army during the Vietnam War. He recalls that reading something as simple as baseball scores gave the troops serving in country a vital connection to the lives they left back home.

“You referred all the time in Vietnam to ‘going back to the world,’ ” Jim says, “and everything that was back in the world was there.”

Now, in addition to informing America’s servicemen and women around the globe and back in the states, Stars and Stripes and its history serves another function in the museum in Bloomfield. All Jim needs to do is look back on the more than 58,000 names on the wall of the Vietnam Veterans Memorial to know the importance of communicating history.