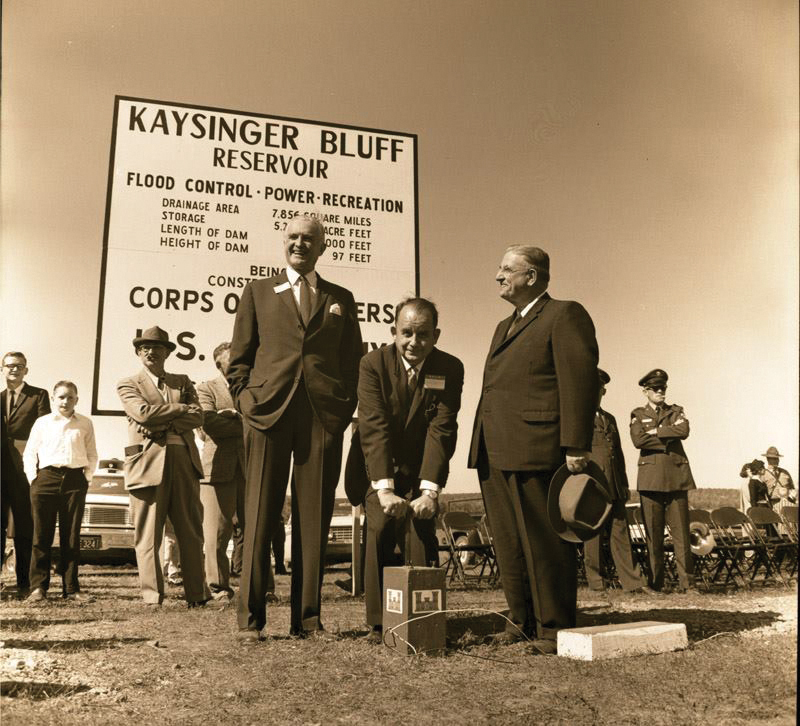 It’s a story about a renewable resource that once generated nearly a third of the nation’s electricity; a share that has declined dramatically over the decades with the rise of nuclear power, natural gas and even wind and solar.

More recently, it’s a story about how weather and climate can affect energy supplies, as the extended drought — especially in the western United States — has reduced the amount of water available to generate power.

It’s also a story about diversity in fuel sources. Although hydropower is less a part of our energy picture than it was in the early days of rural electrification, it’s still a useful part of today’s energy mix. And in certain areas of the country, it’s one of the most important parts of a strong regional economy.

Hydropower works by converting falling water into energy. That could come in the form of a waterwheel turned by a flowing river at an old Ozark mill, or from a giant dam built on a river both for flood control and to generate electricity.

Hydropower generates about 6% of the nation’s electricity, which mirrors hydro’s mix in the generation from Associated Electric Cooperative to electric co-op members in Missouri, Oklahoma and Iowa.

That’s not much compared to fuels like natural gas and coal, which produced 13% and 60% respectively of Associated Electric’s generation in 2022. But those averages hide its importance.

Missouri’s electric cooperatives worked hard to make the five federal hydroelectric projects in the state a reality because they knew they would provide a low-cost power source during an era when members were using more and more electricity.

While flowing water might seem to be an endless energy source, recent weather patterns are redefining the availability of this low-cost resource. Hydroelectric generation fell 9% during 2021 because of drought conditions.

Hydro has a lot going for it. It’s one of the cheapest forms of energy. Its normal operations don’t produce greenhouse gases. And utility grid operators like its flexibility as a source of electricity that can be turned on and off relatively easily.

Those assets have raised interest in adding new hydroelectric projects. Some $8 billion has been invested over the past 15 years to add enough capacity to power 1 million homes.

While many hydroelectric dams have been around a long time and are ready to be retired, new projects are planned, including modernizing older hydro facilities. The Department of Energy reports proposed projects that could generate enough electricity to power yet another 1 million homes.

In addition to upgrading existing sites, DOE reports at least 200 non-powered dams could have generators added. Out of about 90,000 dams in the U.S., only about 2,200 generate electric power.

Those efforts will be getting a boost from the federal infrastructure law passed in 2021. That measure includes more than $2 billion earmarked for hydropower incentives for river restoration and dam rehabilitation.

Hydropower doesn’t always get the attention of flashier advancements like wind and solar technologies. But it’s been around for 2,000 years, since the Greeks used it to turn wheels that ground wheat into flour.

Only the future will tell how much of a role hydro will play, but its time-tested techniques and green energy benefits promise it will still be providing some level of power 2,000 years from now.