Did the budding romance of Abe & Mary have its roots in Missouri?

Atime-honored tale holds that in June of 1840, rising attorney Abraham Lincoln left Springfi eld, Illinois to attend a Whig convention in Rocheport, Missouri and court his future wife Mary Todd, then spending the summer with relatives in nearby Boone County. Details of the story vary with each account. 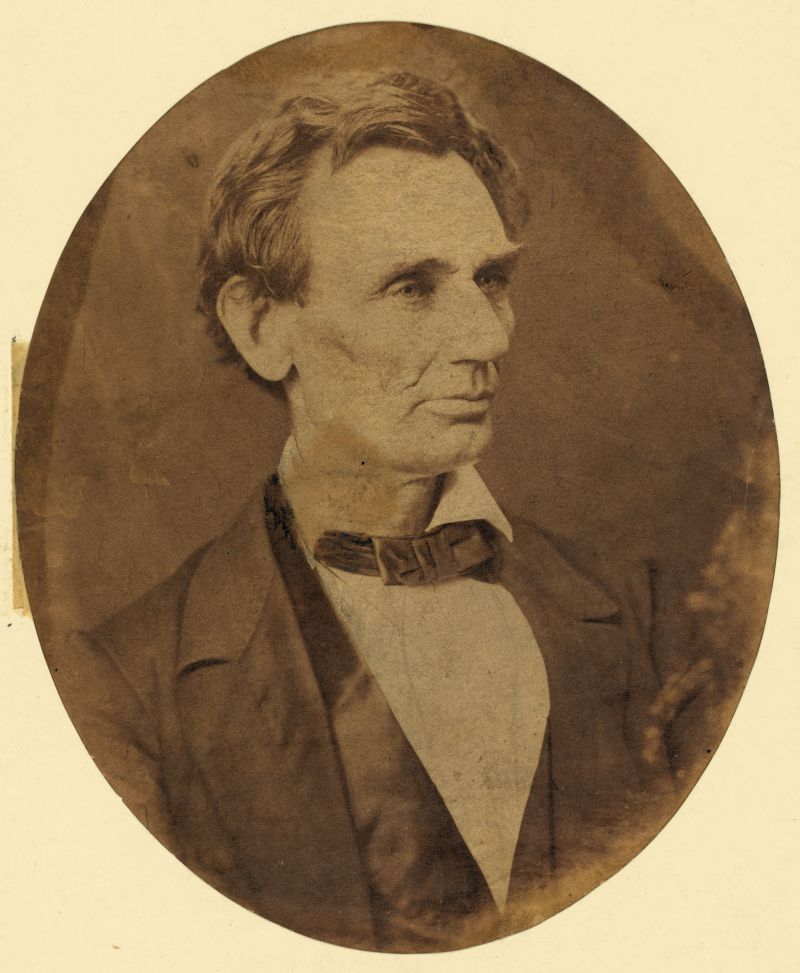 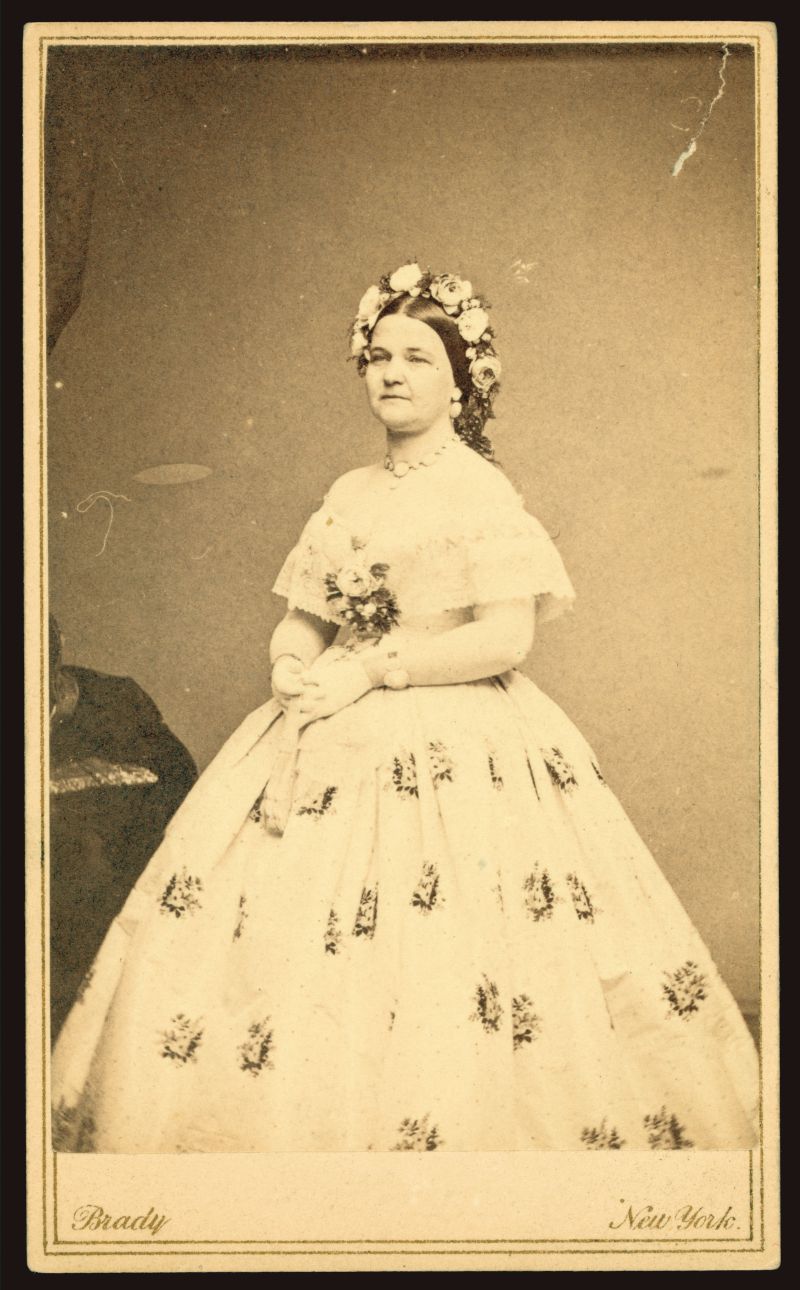 According to the Kansas City Star, the steamboat carrying Lincoln up the Missouri River “ran aground on a sandbar and stuck there,” keeping him away from the three-day meeting. A source quoted in the Lincoln Herald, however, says he arrived in time to support the presidential ticket of William Henry Harrison and John Tyler, the team called “Tippecanoe and Tyler Too.” By yet another account, Lincoln missed the politicking altogether, abandoned the damaged vessel and walked nine miles — from Providence Landing to Columbia — to call on Mary at the house of her uncle, David Todd. But wherever Lincoln may have been while thousands were convening at Rocheport, it’s certain Mary was there
or nearby. A letter she wrote from Columbia on July 23 describes her stay as a dizzying round of parties, balls and dinners, with a side trip to Boonville — where dancing, she wrote, continued “with untiring vigor” until 3 a.m.

Having become acquainted shortly before she departed for Missouri, Mary and Abraham were soon to take each other’s measure in ways neither anticipated. He was already a skilled litigator, an eloquent speaker and writer, and a Whig serving in the Illinois General Assembly — remarkable achievements considering his impoverished, backwoods childhood and meager schooling that had left him socially awkward, especially with cultured women. His ambition ran high nonetheless.

So did Mary’s. Born to a wealthy family (of whose pretensions Lincoln joked, “One ‘d’ was good enough for God but not for the Todd’s”), Mary was temperamental and impulsive but unusually well educated, articulate and opinionated for a woman of that era. She not only supported the Whigs (whose northern faction, Lincoln included, would break away in the 1850s to form the Republican Party), she aimed to marry one — provided, as she put it, he “has the best prospects of being president.” Long before others recognized such timber in the unpolished Abraham, Mary saw it. He took due note of her yet remained painfully aware of the social chasm between them.

The “Lincoln Legend” took hold in Missouri largely because of North Todd Gentry of Columbia. Grandson of Roger North Todd, Mary’s other uncle living there, Gentry practiced law and served as Missouri’s attorney general and as a justice on the state Supreme Court, but is best remembered for his accounts (many of them unattributed and undated) of local history. The Legend became nationally known in 1927 upon publication of William Barton’s book, “The Women Lincoln Loved.” It places Abraham in Rocheport during the entire Whig convention, adding that he later took a stagecoach to Columbia where, in Mary’s company, “politics…lost something of its interest” for him. Soon thereafter, “The True Story of Mary: Wife of Lincoln,” by Katherine Helm, a cousin of Gentry, further entrenched the tale. Replete with invented conversations and unsubstantiated details, this book places Mary and her uncle, David, at the Rocheport convention, but says Lincoln missed it because of the grounded steamboat. “Mr. Lincoln did not fail, however, to reach Columbia,” Helm assures us, “and the next Sunday he and Mary were occupying the Todd pew in the Presbyterian Church” (located at Walnut and 6th Street until 1845).

Because Lincoln and Mary burned some of their correspondence upon his election to the presidency, and their son Robert destroyed other papers after they died, the Lincoln Sesquicentennial Commission and the Abraham Lincoln Association have for decades been compiling information about him from a wide range of records. According to their published fi ndings, on the opening day of the Rocheport rally Lincoln was some 200 miles east, arguing a case in Springfi eld before the Illinois Supreme Court. A typical journey between those points (both without rail service in 1840) required four days. Lincoln could not have arrived before the gathering ended.

But he might have visited Mary the next week. His location from July 3 to 12 is no longer known. If indeed he then came to Columbia, he missed not just the Whig convention but also Independence Day festivities — during which David Todd helped lay the cornerstone of what would become the fi rst University of Missouri building, Academic Hall (whose six columns still stand in the historic heart of campus).

Yet even if Lincoln never traveled to Columbia, his words unquestionably did. Mary’s July 23 letter also mentions her delight at receiving, from a sender she does not name, weekly mailings of the Whig-leaning Sangamo Journal and its campaign circular, The Old Soldier. Both were Springfi eld publications featuring Lincoln’s political articles — which she surely read. Perhaps because of them she would soon admit becoming “quite a politician, rather an unladylike profession.”

Having spent her Missouri summer in the southern tradition of dining, socializing and resting, she returned in September to Springfi eld noticeably heavier than before. Terming the extra pounds “an exuberance of fl esh,” she set about losing them while waiting for Lincoln to come back from a long circuit of southern Illinois. He arrived in November to the happy news that Harrison had defeated incumbent Martin Van Buren for the presidency. That month or the next, Mary and Abraham became betrothed.

On New Year’s Day, 1841 he broke off the engagement, perhaps because her family considered him from “nowhere” and his prospects “nebulous.” Calling himself “the most miserable man living,” he plunged into a depression so profound his closest friend hid his razor and knives, and people began to gossip about him. One who didn’t was the usually outspoken Mary. Understanding that a sense of inferiority based on his rude upbringing was creating much of Lincoln’s turmoil, she concealed her injured feelings at his rejection and remained in social circulation. Her suitors included a grandson of founding father Patrick Henry; Stephen Douglas, the Democratic politician who would run unsuccessfully against Lincoln for the Presidency in 1860; and James Shields, Illinois state auditor and a future U.S. senator from Missouri, yet she remained uncommitted. Despite appearing to have forgotten the man who jilted her, Mary, it seems, was instead waiting for Lincoln to regain his emotional steadiness. He did so gradually, all the while regretting having hurt her.

In the autumn of 1842 they reconciled and resumed their courtship, each of them matured by the 20-month separation. Although prone to melancholy, Lincoln would never again suffer an incapacitating breakdown. And Mary? By keeping to herself the pain caused by the broken engagement she spared him further anguish, thus proving her devotion while demonstrating to her relatives that in Lincoln she’d found “the most congenial mind she had ever met.” And, by passing up the chance to marry any of several men of impressive parentage and means far greater than his, Mary showed her unshakeable belief in Abraham’s high destiny — one she may fi rst have discerned in Missouri, while reading his published writing.

With her family’s blessing they were married on Nov. 4, 1842. Evidence unequivocally proving the legend has yet to surface.