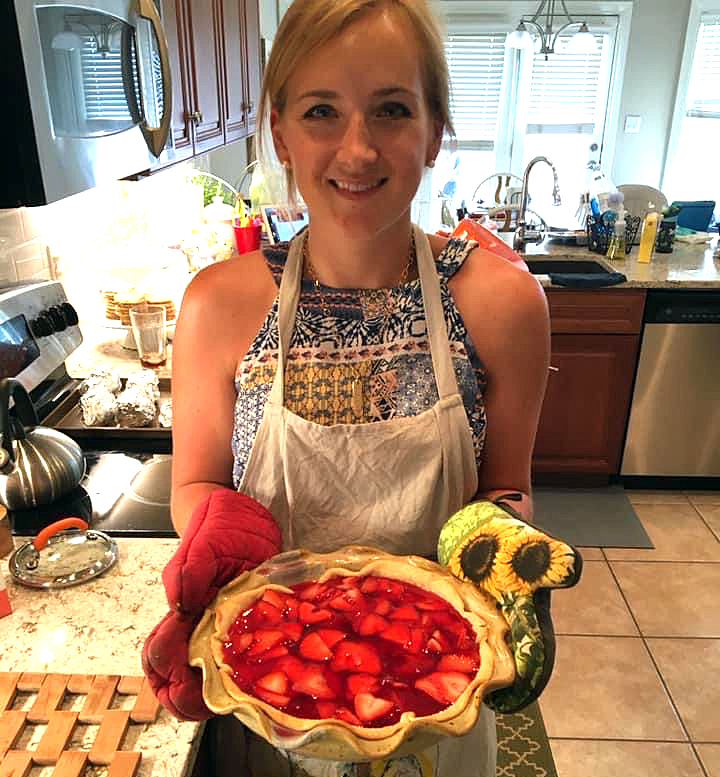 A couple nights ago, Lindsey and I got the kids to bed and we sat down on the couch to watch some TV. I started to flip through the channels trying to find something we could agree on. On the screen was a show called “The Real Housewives from Somewhere or the Other.” I watched a few minutes and figured out pretty quick whoever made this show has a different idea of what “real” means.

That’s when it hit me — I am going to start my own show called “The Real Housewives of Rural Missouri.” After hearing my pitch, Lindsey was sold. She even offered to run the camera for me. She didn’t think I would find a cameraman who would be willing to put on Muck boots and get up before the roosters to film women out feeding cattle with one child on their hip and another toddling behind.

We started talking about everything we would have to film to show what being a wife in rural Missouri means. It could be bottle-feeding a lamb that needs a head start or going to school to deliver that clarinet one of the kids forgot.

Meanwhile they are keeping the books for the farm, picking up parts for a combine and trying to figure out how to pay for a new set of tires for the pickup.

Or they could be making sure they keep their Century Farm in the family by commuting to a job in St. Louis or Kansas City.

Lindsey told me I may have trouble picking a cast for my Real Housewives series given the many hats rural women wear.

They are mothers — and sometimes fathers as well. They are nurses, teachers and veterans. They own their own small business or sit on boards of large corporations.

Just about every one of them makes a real impact in their community, leading everything from Sunday school to the rural fire department.

Come to think of it, without these real housewives many rural people would still be living in the dark. I’ve been told that most of the $5 membership fees that got electric co-ops off the ground came from egg money dug out of an apron pocket.

These days, rural women like Barry Electric’s Jennifer McBroom and Howard Electric’s Amber Overfelt are CEOs of electric cooperatives. Others, like Boone Electric’s Kim Ponder, serve on their local electric co-op board.

After thinking this through, I may have to put my show on the back burner. If some fancy Hollywood producer comes calling, I’m not sure if I could fit everything that rural women accomplish into one season.

Be on the lookout for a casting call, if I manage to lock in a multi-season deal.