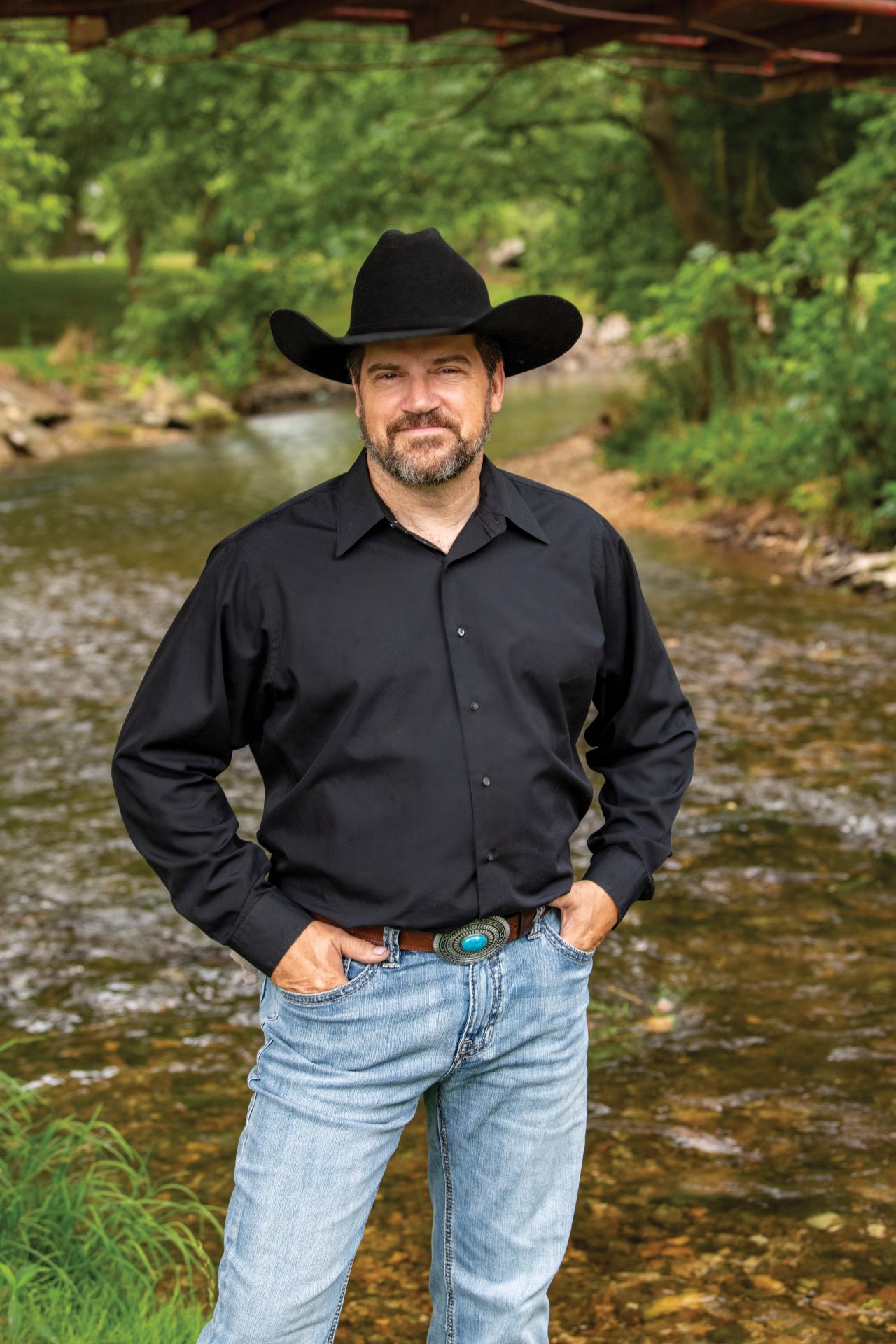 The Western book genre has been popular for almost as long as cowboys have existed. Starting as dime novels in the late 1800s, they evolved into the 20th century, popularized by authors such as Louis L’Amour. In the 21st century, Western writers are still working to keep this genre alive. One such writer is Steven Law, a Crane-based author who used Missouri’s rich history to craft his Amazon bestselling book “Yuma Gold.”

Growing up on a cattle farm in Iowa, Steven’s future wasn’t exactly pointed toward a writing career; however, it did influence his future in writing.

“I think when you grow up on a cattle farm, there is kind of the ethos of the West,” Steven says. “I loved hunting, and I loved the outdoors. I just spent most of my time alone. A writer is a lonely person, they live a very lonely life, and I think it just fit me.”

But if being raised on a cattle farm was Steven’s only influence, he may not have ended up as a bestselling Western writer. Fortunately for him, he had a grandmother, Dorothy Law Crawford, who helped shape his path.

Steven explains: “I was her first grandchild so she spoiled me, but she was very much an educator. She taught in the old country one-room schools. It was very important to her that we all be educated, so when I was with my grandma, she read to me. “Little House on the Prairie,” “Little Lord Fauntleroy,” big time emphasis on books and storytelling.”

Even with his grandmother’s emphasis on education, Steven was not sold on a writing career. His high school teachers pointed out his writing potential, but it was nothing Steven took seriously, even though he was voraciously consuming Western books from the school library.

“There were about 90 Louis L’Amour books in the library, and I read them all. I became a big fan of Westerns at that time. I would also read about the Western explorers, like Lewis and Clark,” he says.

Steven graduated and headed for college to earn a business degree. By this time, Dorothy had passed away.

“I felt like the backbone of our family was broken,” Steven says, recalling the loss. “So when I went to college and gravitated toward writing, how could I not think of her?”

At college, Steven’s writing skills shined again. By the time he graduated, he was interested in using his love of Western history to become a writer. Eventually, he visited Southern California where he ran into an interesting legend about a Spanish galleon that had sunk and been buried in Death Valley.

“It’s a myth. Only some Indians have claimed to see it after a sandstorm with the mast sticking out of the sand and vultures perched on it,” Steven says. He did his research and concluded that the myth “is perfectly possible because the sea ran clear up into Death Valley during the Spanish conquest.”

As Steven started forming his book idea, he combined this myth with another story of a steamboat, The Arabia, submerged in the Missouri River’s mud. “When I read this story about a Spanish galleon, I thought that this is the same thing. It’s just a different location,” he says.

In 2010, Steven wrote a synopsis that meshed the Western genre with a treasure hunt. Fortunately, a friend liked the idea enough that he put Steven in contact with a publisher. “The editor emailed back 30 minutes later, and said ‘Send me the book,’ ” Steven says. “But I hadn’t written the book; I’d written a synopsis, which is what he read.”

But Steven was not about to miss this chance. He says, “I actually told everybody ‘Don’t call me. I’ll get back to you in two weeks.’ So I stocked up on coffee and 5-hour Energy, and I wrote it in two weeks.”

After churning out his 75,000-word book, titled “Yuma Gold,” Steven sent it to the editor. He adds, “They did not question anything about the structure of my story, so that felt pretty darn good.”

Six weeks before the release, Steven was surprised and excited to find it on Amazon’s bestseller list.

Since 2011, Steven has written five other Westerns including a young adult novel “Old Blue and the Greenhorn” and two entries in his “Blood For Justice” series. He’s currently working on a thriller, but his favorite is still, “Yuma Gold.” However, he has noticed some changes in the book industry that threaten the Western genre. In the late 2000s, Amazon became serious competition for Walmart, the No. 1 retailer of the Western genre, through e-books. In order to keep his writing passion alive, Steven is going through some readjustments.

“I’m getting the rights back to my books, and when that happens, I want to get them into audio and foreign languages, new paperback editions and e-book formats. Just do a complete republication on all my titles,” he says, noting three are due to be rereleased this year. “My readership is still out there, and they still talk about it.”

Hopefully, with creative and passionate writers like Steven who are willing to do the work to bring the West to life, future generations of readers will have the pleasure of visiting the Old West in their imaginations.