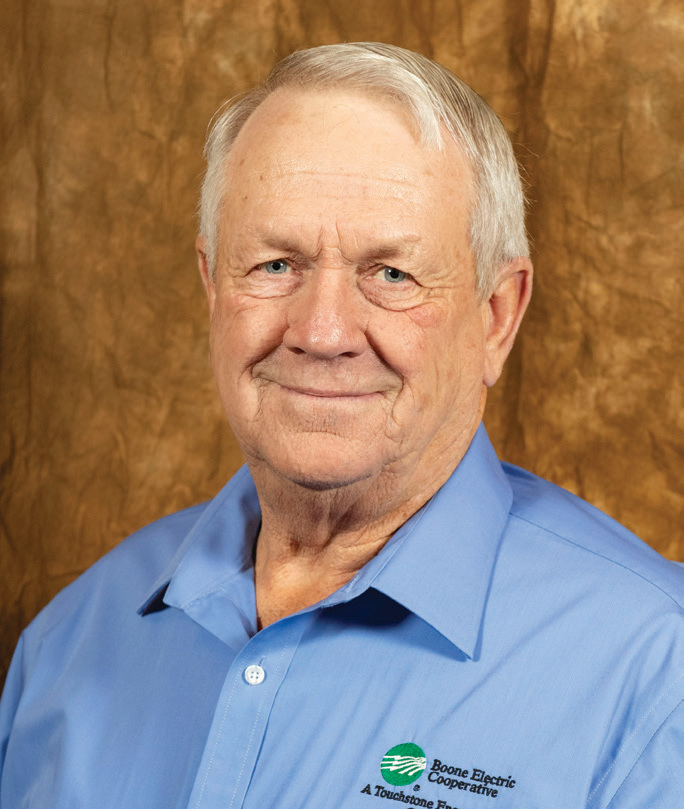 Educator. Advocate. Innovative community leader. A model director. A true believer in cooperatives. All of these terms have been used to describe Boone Electric Cooperative director Jay Turner. That’s why the Boone County farmer is the latest electric cooperative inductee into the Missouri Cooperative Hall of Fame.

His nomination for the Hall of Fame noted that he is one of the state’s strongest believers in the cooperative business model.

Jay supported legislation that allowed Boone Electric and the City of Columbia to set territories, which resulted in tremendous savings over the previous duplication of lines. Since then, similar agreements have been signed between cooperatives, municipals and investor-owned utilities across Missouri.

During his 39 years on the board, he provided support to a wide range of community projects. His example and numerous “firsts” make him a monumental leader in Missouri’s cooperative movement.

He was part of a group of seven who were honored in 2020. Established in 2003, the Missouri Cooperative Hall of Fame has honored 95 persons to date.

To see the other inductees, visit www.mic.coop.