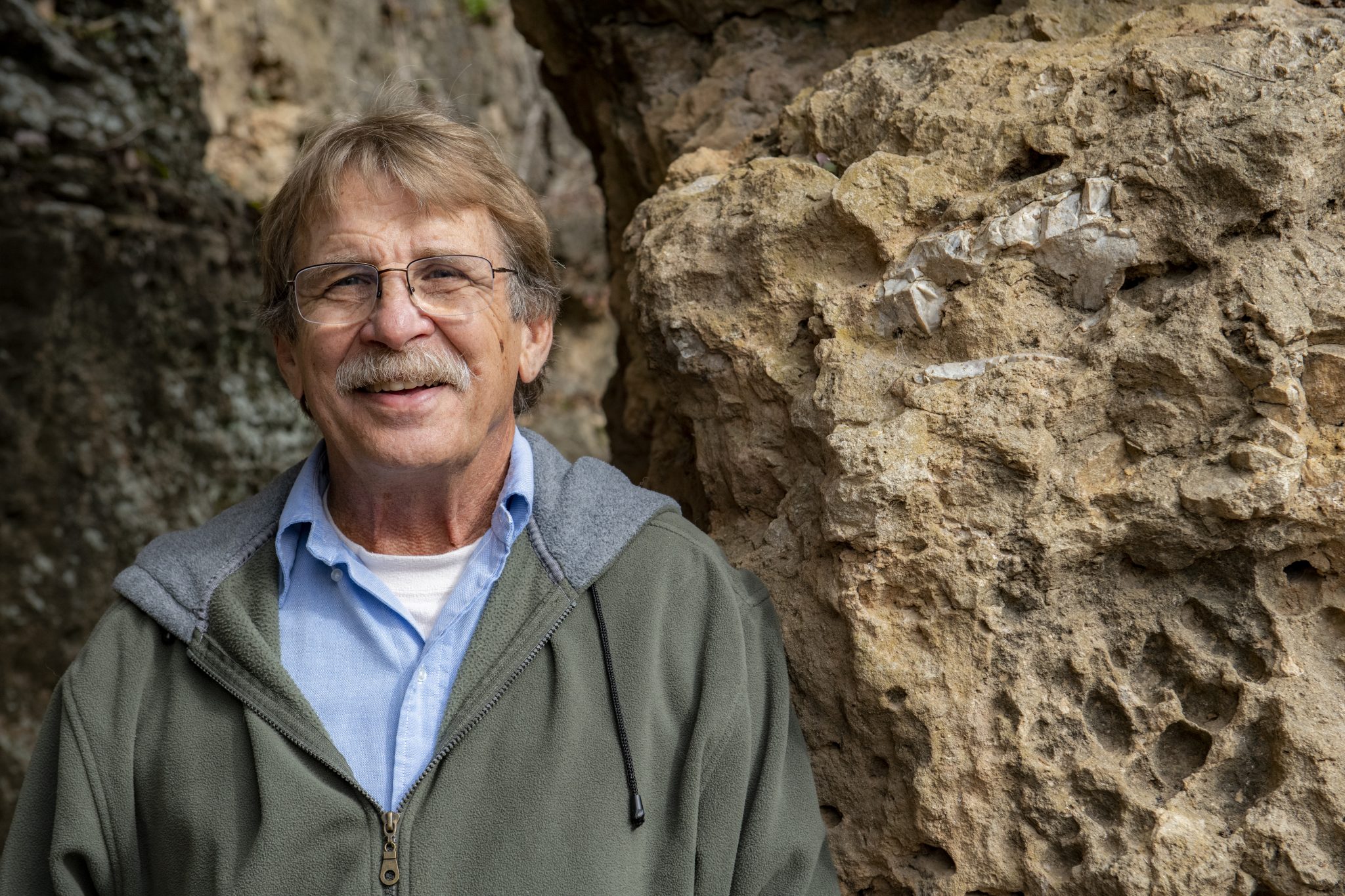 The trek started 30 years ago with boots on the ground and a camera in his backpack. Somewhere along the way, the Ozark Trail got into Don Massey’s blood.

A retired landscape designer by trade, Don documents the Ozark Trail. One hundred photos of the trail — known as the OT among faithful travelers — taken over those three decades form the basis of his book: “The Ozark Trail: Images of Missouri’s Longest Hiking Trail.” All of the images were shot on film, and all but one were taken with large- and medium-format cameras. The larger negative allows for greater detail in the resulting image. His film adds contrast and saturation.

“Taking pictures makes you appreciate something because you captured it,” Don says, “and if you’re doing a good enough job, you can show that to somebody and help them appreciate it, too.”

Despite capturing the trail’s scenic beauty, Don never intended for the book, which was designed by his wife, Maggie, to rest on a coffee table. Instead, he hopes it finds a comfortable place in the car or pack, a well-worn companion on a trail-goer’s next or new adventure.

Hikers and horseback riders have long known the virtues of the OT. In recent years that reputation of solitude, beauty and physical challenge is extending to the mountain biking and trail running communities, which host annual endurance events on the OT. The completion this year of a 30-mile spur connecting Brushy Creek to Round Spring — traveling through Current River and Echo Bluff state parks plus the Ozark National Scenic Riverways — throws paddling into the mix.

Supporting the mission of expansion is a cadre of roughly 250 volunteers, collectively part of the Ozark Trail Association, or OTA. The nonprofit organization, which boasts more than 11,000 Facebook followers, works with land managers including private owners and public agencies to perform maintenance and construction on the trail. Over the years those efforts have slowly linked and expanded the OT into a 401-mile odyssey showcasing the Show-Me State. As connections continue, the OTA, like Don, strives to make people aware of the trail and support its upkeep.

“ ‘How do we connect?’ is the question across the board,” says Kathie Brennan, president of the OTA. “It’s connecting people with something that makes them feel good, enough that may go out even one time and experience it.”

The OTA’s volunteers are blazing ahead with lofty goals. One of these is to make a 25-mile connection between the Eleven Point and North Fork sections. Another is to extend the trail eastward, via the Meramec River, to Pacific and Eureka. Long-range plans would connect the OT’s southern terminus — Collins Ridge Trailhead — to the Ozark Highland Trail in Arkansas. Once the golden spike is driven near North Fork Lake more than 700 miles of trails will be provided across the two states. OT volunteers Ron and Rosie Koskovich say the expansion carries economic benefits to the surrounding communities when trail users need to purchase gasoline, supplies and equipment.

“That’s something the OTA really tries to promote,” Rosie says. “They want to make small towns aware of the impact the trail has to rural areas.”

For users, from the riders and runners to the thru-hikers and day trippers, the OT offers unlimited outdoor opportunities.

“I think the majority of people want to be closer to nature,” Don says. “There’s no technology to overcome, no money to spend, and it’s pleasing. People need that, and the trail gives them a reason to get their feet on the ground.”