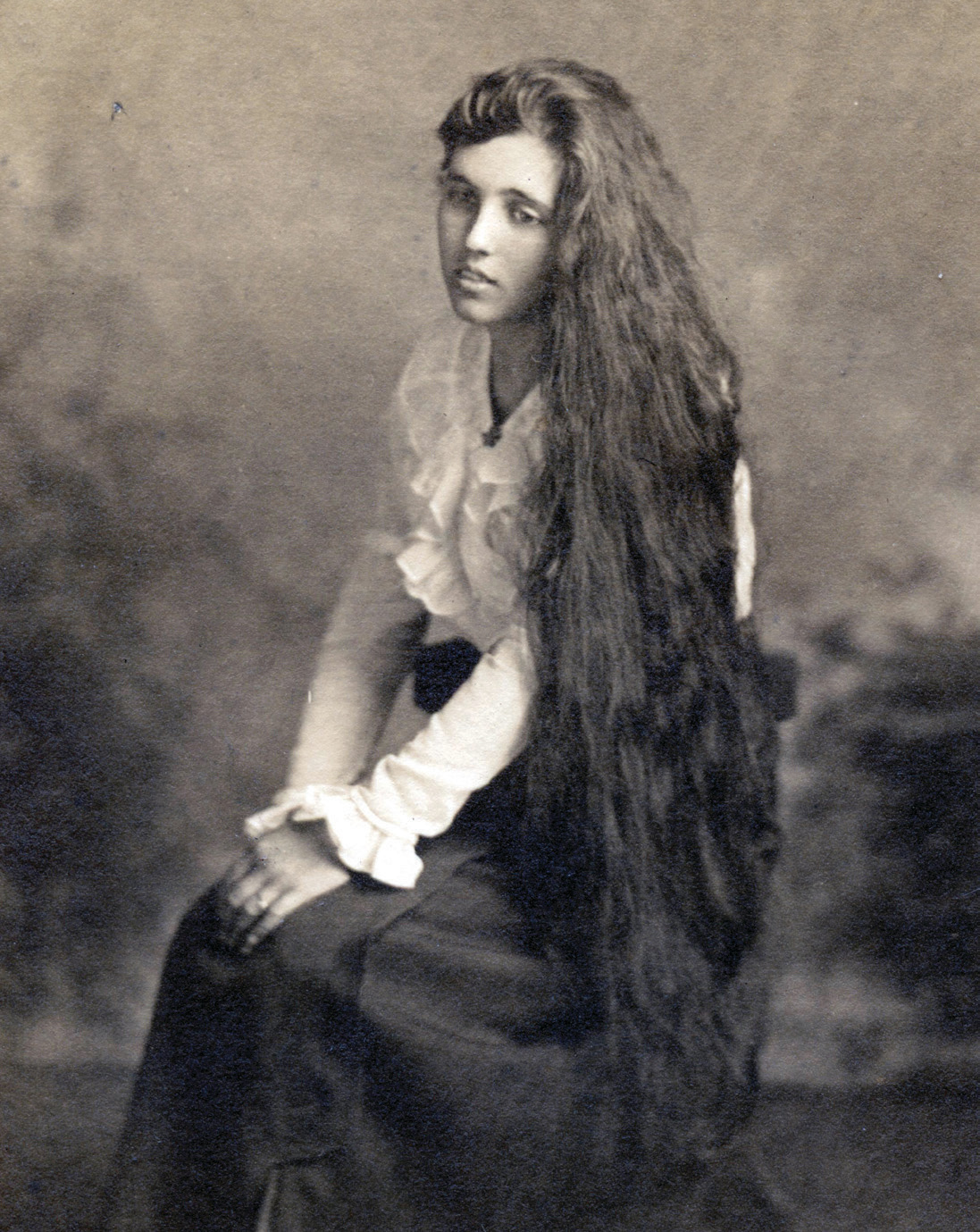 It might be fair to say that if Lottie James Bollinger were with us today, she’d likely see some similarities between the uncertain times of nearly 100 years ago and the present day. Born and raised in Zalma near the end of the 19th century, Lottie was a descendant of a North Carolina, family that was the namesake for Bollinger County. Before she bought the abandoned Will Mayfield College property in the mid-1940s and restored it to become the El Nathan Home, she lived through one of the deadliest pandemics in human history.

In the mid-’70s, toward the end of her life, Lottie began recording some of her memories of her early years in Bollinger County for her granddaughter, Deborah Horn.

“There are many wonderful stories, somewhat like Laura Ingalls Wilder, of her childhood and young adult life,” says Deborah. “The stories begin with her earliest memories in the late 1890s.”

The first stories Deborah transcribed were Lottie’s descriptions of life during the 1918 influenza pandemic, also known as the Spanish flu. In her memories of how the sickness swept through her community, there is some hope found in the tireless efforts of friends, family and local physician Dr. Azra Kirkpatrick to help each other survive.

It was November 1918. I was three months pregnant with Charles Jr. Mother and I had been to Cape Girardeau to visit friends and have the girls’ pictures taken at a photographer’s studio. Evelyn, normally a very active tomboy, was subdued. When combing her curls, I noticed the back of her neck was too warm. Mother said she was just warm from the excitement but I feared otherwise. The flu was everywhere. The day we left Zalma to go to Cape, only a few of our friends and family were ill. Now, I was worried Evelyn would be the next victim.

When we got into Zalma, only Charles was at the station to meet us. He carried Evelyn to his office at the bank and went looking for help. He finally found a young man, Oran Slagle, who was still healthy. They got a team and buggy at the livery stable and Oran drove us home. He helped us indoors, brought in wood and fixed a fire in the stove. Genie had found their dolls and couldn’t understand why Evelyn was not interested in playing.

I had to carry water from the barn because the cistern had a leak. As I pumped water, I began to cough; a dry hacking cough. I was so tired and weary, I went to bed early. I woke up hurting all over. Every bone seemed to be breaking into small pieces. It was Sunday, but no one in our house was going to church. I could see Charles was feeling poorly when he left for town early that morning. He wanted to catch the doctor before he started his rounds.

Charles came back at noon and fell into bed bemoaning the terrible pains. He said, “Doc didn’t get in last night. Mrs. Kirkpatrick will tell him when he comes.”

Dr. Kirkpatrick came the next morning. By this time, few of his patients were able to greet him. I had reached the ‘stupor’ stage. I knew things for a short while and suddenly would pass out. I heard Doc say, “Charley, help me to bring that other bed up here. I want to move this one.” 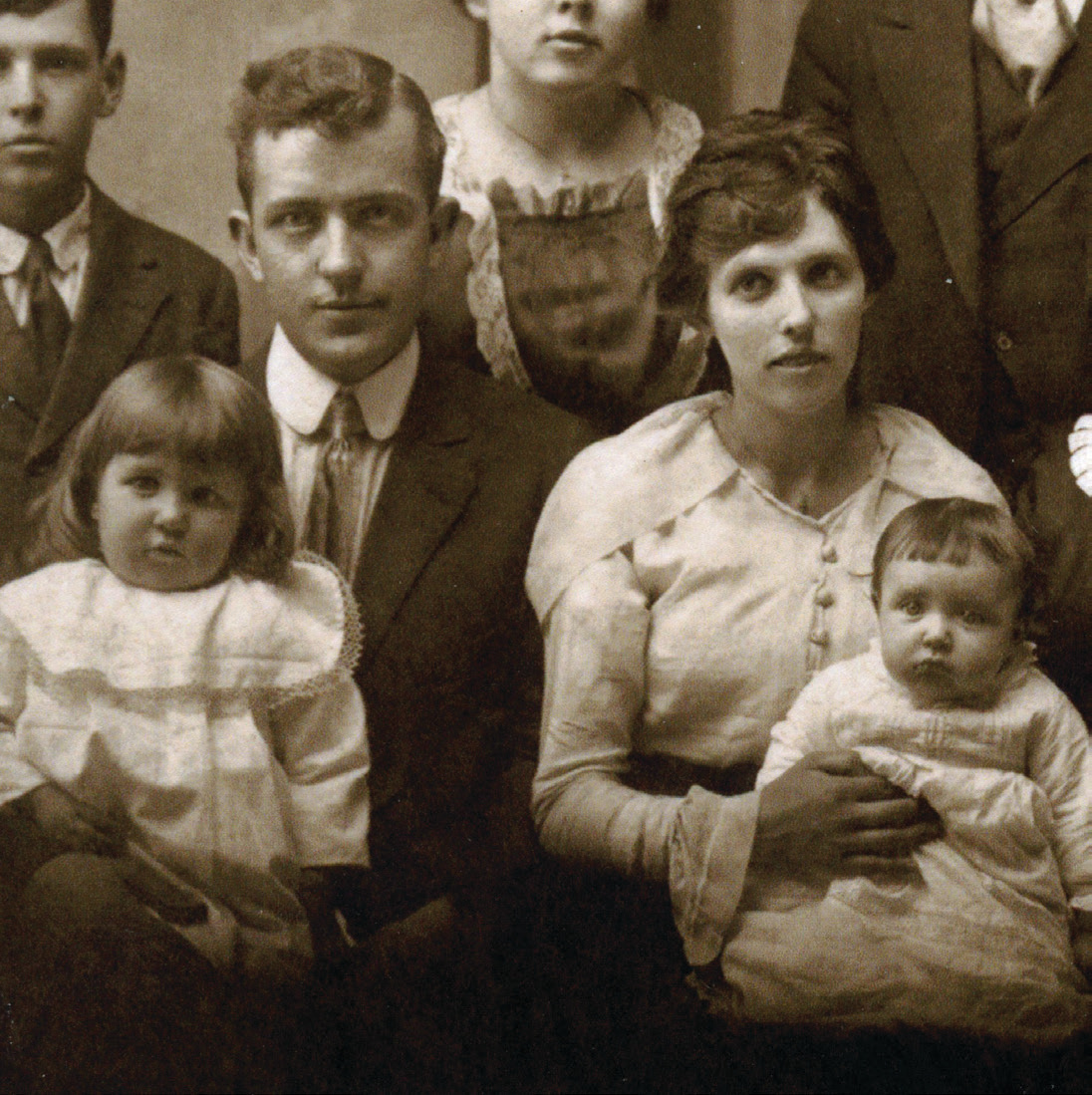 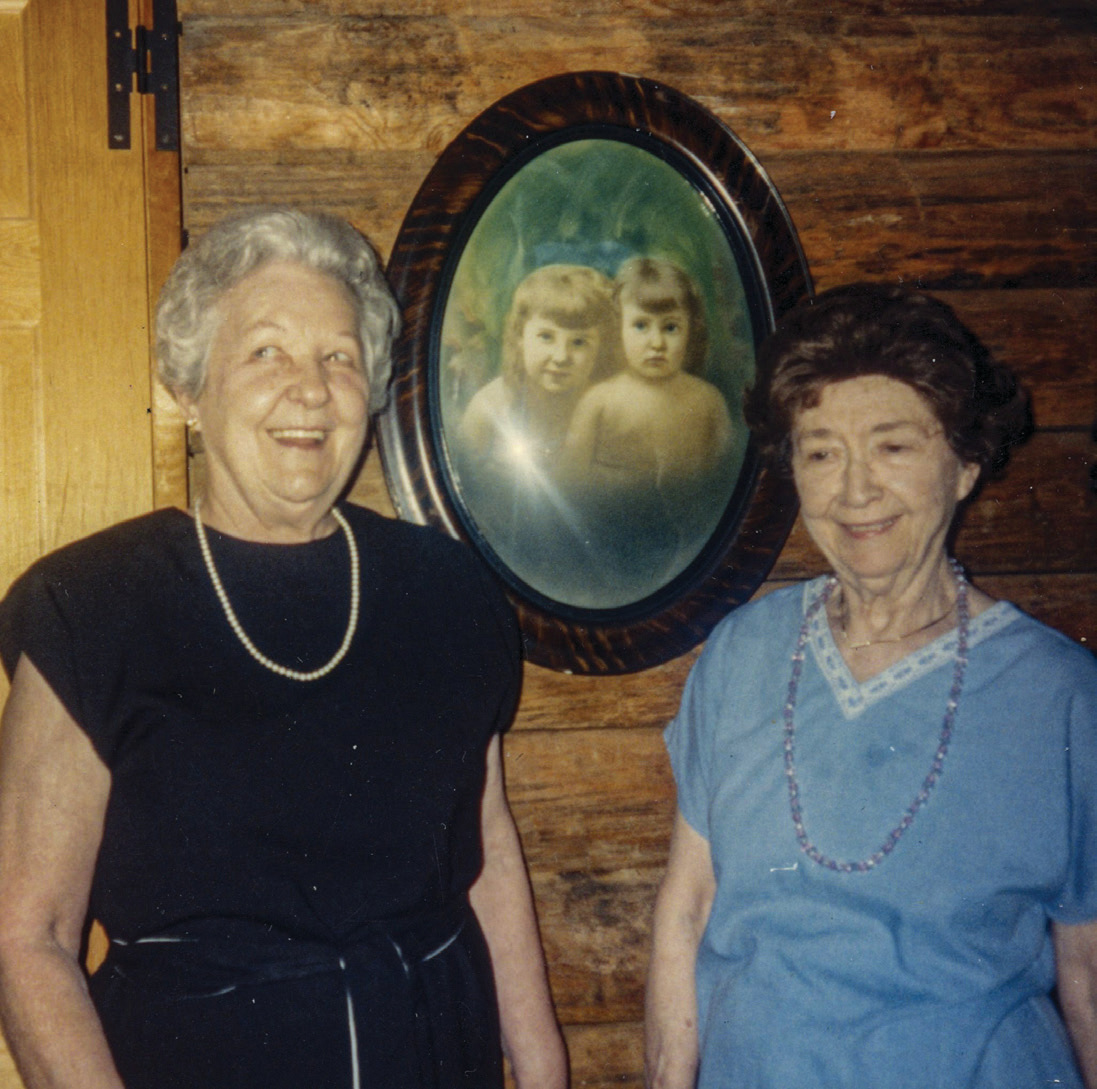 My bed was moved to the end of the long room. Genie was still up, but now not feeling so pert, so Doc put her in with Evelyn. I heard Doc say, “Now Charley, look here. You’ve got a sick family. Lottie can’t take care of herself or anyone else. It’s up to you to see they get their medicine, so snap out of it. I’m the only doctor in this end of Bollinger County, so I can’t stop. I won’t be able to come back here to make sure they have medicine and …” He had dropped his voice low so I couldn’t catch the words, but Charles groaned and said, “Please, Doc, no. What would I do?”

Doc came over to me. “Lottie, I’m sorry I couldn’t get to you sooner. Don’t you be getting up for anything. The children will be all right. Charley will give them medicine. I’m bringing water up. When you wake up, drink water first. Then take this cough medicine.”

Six months later when my son was born, Doc said, “I had seven pregnant women. You are the only one who lived. I didn’t expect you to.” He had moved my bed so the others would not see me die.

Next morning, Charles’ dad called from the foot of the stairs. He replenished the stove and brought water. He brought soup, but no one wanted to eat.

What an awful time that was. The Lord watched over us, I’m sure. When we could sit up, we were all so weak. The soup was still good and I heated it, but our throats were sore and it caused them to hurt. I thought of the crabapples I’d canned — lovely big yellow ones that had crossed with trees in the orchard. I opened a jar and swallowed a teaspoon of juice. To my surprise it tasted grand and didn’t hurt. Suddenly, I was very hungry. I gave some syrup to the girls and soon they wanted more. Then we each ate a crabapple. We felt better, and breakfast was a hearty meal.

Although he was still very weak, Charles went back into town. The folks who were not sick wanted access to their money. They didn’t seem to care how sick Charles was, they wanted the bank open.

Aunt Hatt didn’t get the flu. Neither did Charles’ folks. But so many people died, and poor Dr. Kirkpatrick’s wavy dark brown hair had turned a steel gray by the time that terrible epidemic was over. He told us he often went into homes where some were dead. Once he found a little girl delirious, lying between two dead brothers. The family was in a stupor, not even realizing the boys were gone.

A severe winter storm stayed on for weeks. The ground was frozen so deeply that no graves could be dug. At one home, Doc carried a whole family, five bodies, to a smokehouse. He boarded up the open places so cats and rats couldn’t get in. By this time the flu was so widespread he didn’t bother to answer calls. He just got in his buggy and traveled from one house to the next.

The only sleep he got was in the wagon between houses. The roads got so icy that Doc had to go around on horseback. Folks told of how his horse would stop at their gate. They would pull Doc off, let him rest, then wake him and give him something hot to eat and drink. He would check their sick, leave medicine and advice and go on his way.

Mrs. Kirkpatrick said she never knew when he left home or when she would see him again. She cared for their own sick family and some of the folks in town. With the help of “The Great Physician,” Dr. Kirkpatrick saved our lives. If it were not for his care for the folks of Zalma, I am sure I would not be putting this in writing today, 59 years later.