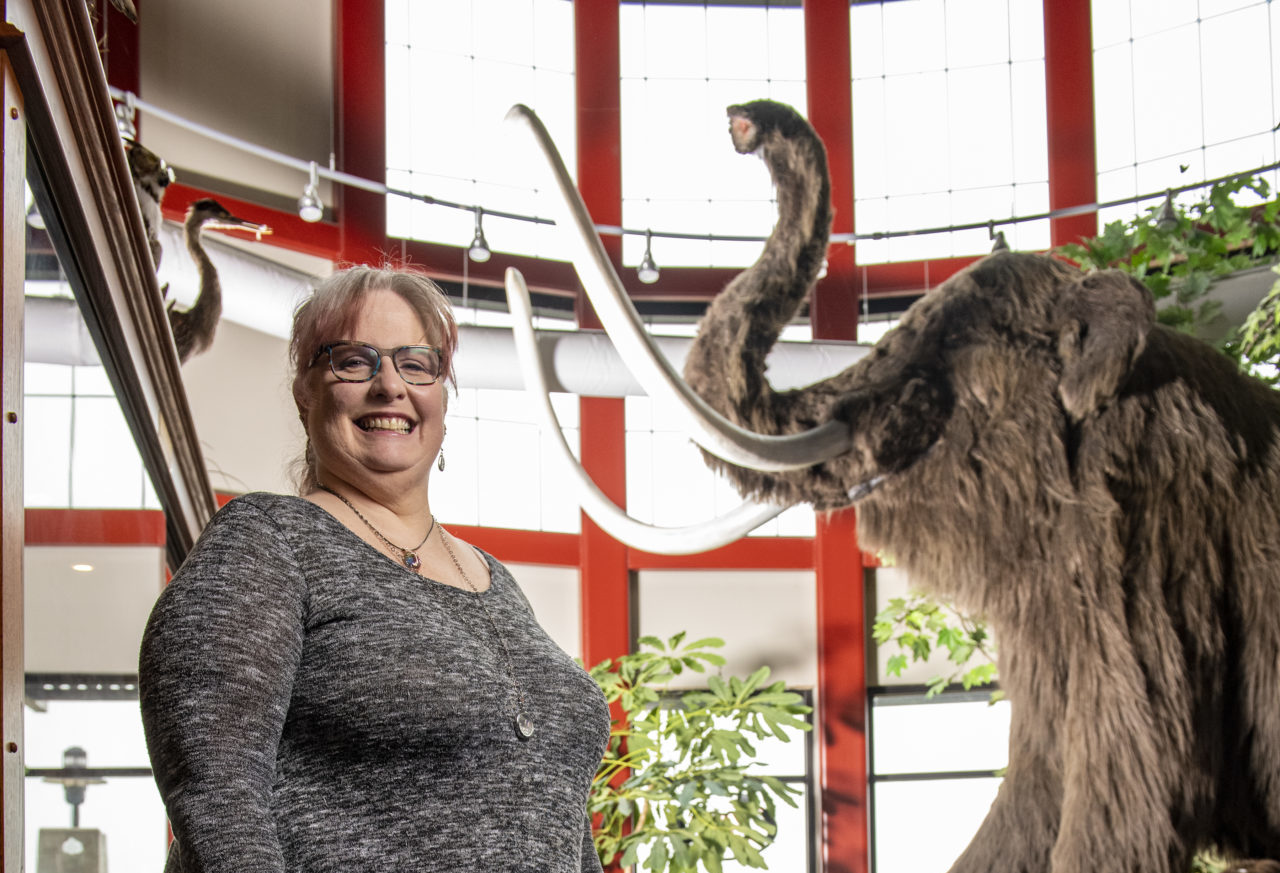 Fun, education and conservation at the Remington Nature Center

If you have a question about St. Joseph, Sarah Elder probably knows the answer. For almost three decades, she worked for St. Joseph Museums Inc., the administrative body of multiple museums, galleries and collections preserving the city’s culture and history. Now as the manager of the Remington Nature Center, she’s at the epicenter of “where history and nature collide.” What better place for a lesson on natural history than the banks of the Missouri River?

“The appeal is part natural history and part location, because it’s on the river,” Sarah says. “There’s just something about a river that people like.”

Located along the city’s Riverwalk, the nature center is a jewel in the double crown that is St. Joseph’s parks and museums. Established in the 1920s, the parkway system covers 48 facilities across 1,500 acres and is linked by a 26-mile trail. Whether visitors arrive at this end of it by car, bike, foot or school bus, they’re sure to leave with a new perspective on the city, the natural world and their own place within it.

That place begins with the Ice Age and Sembu. The towering woolly mammoth replica and her baby, Remi, pull double duty as the nature center’s mascots and official door greeters. They are also the largest examples of artifacts — including mammoth tusks, bones and teeth along with numerous fossils and minerals — of St. Joseph and Missouri’s ancient origins.

The main hall is lined with full-size taxidermic mounts of Missouri’s present-day fauna. Some displays offer close-up looks at familiar scenes: a white-tailed buck amid coneflowers alerting other nearby deer to danger, a beaver building a lodge and a bobcat leaping for pheasants in tall grass. Other exhibits focus on recent conservation efforts toward certain species. A hulking bison is one reminder of the turning point St. Joseph reached in the 19th century, when it was both a booming settlement and the beginning of the American frontier.

“A lot of these are animals that used to be fairly common but you no longer see in northwest Missouri,” Sarah says. “The black bear was very common here 150 to 200 years ago. The timber wolf is a similar situation.” 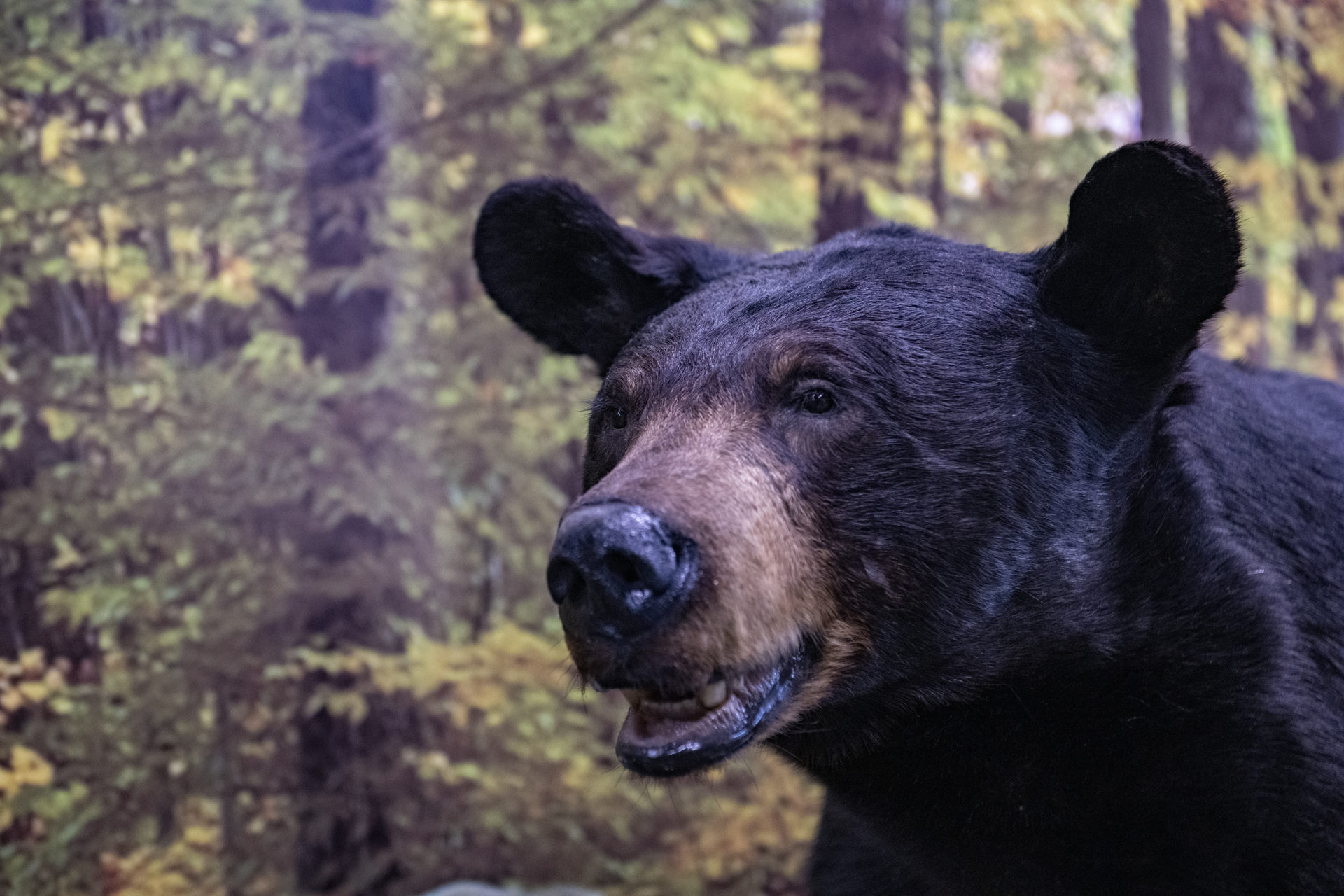 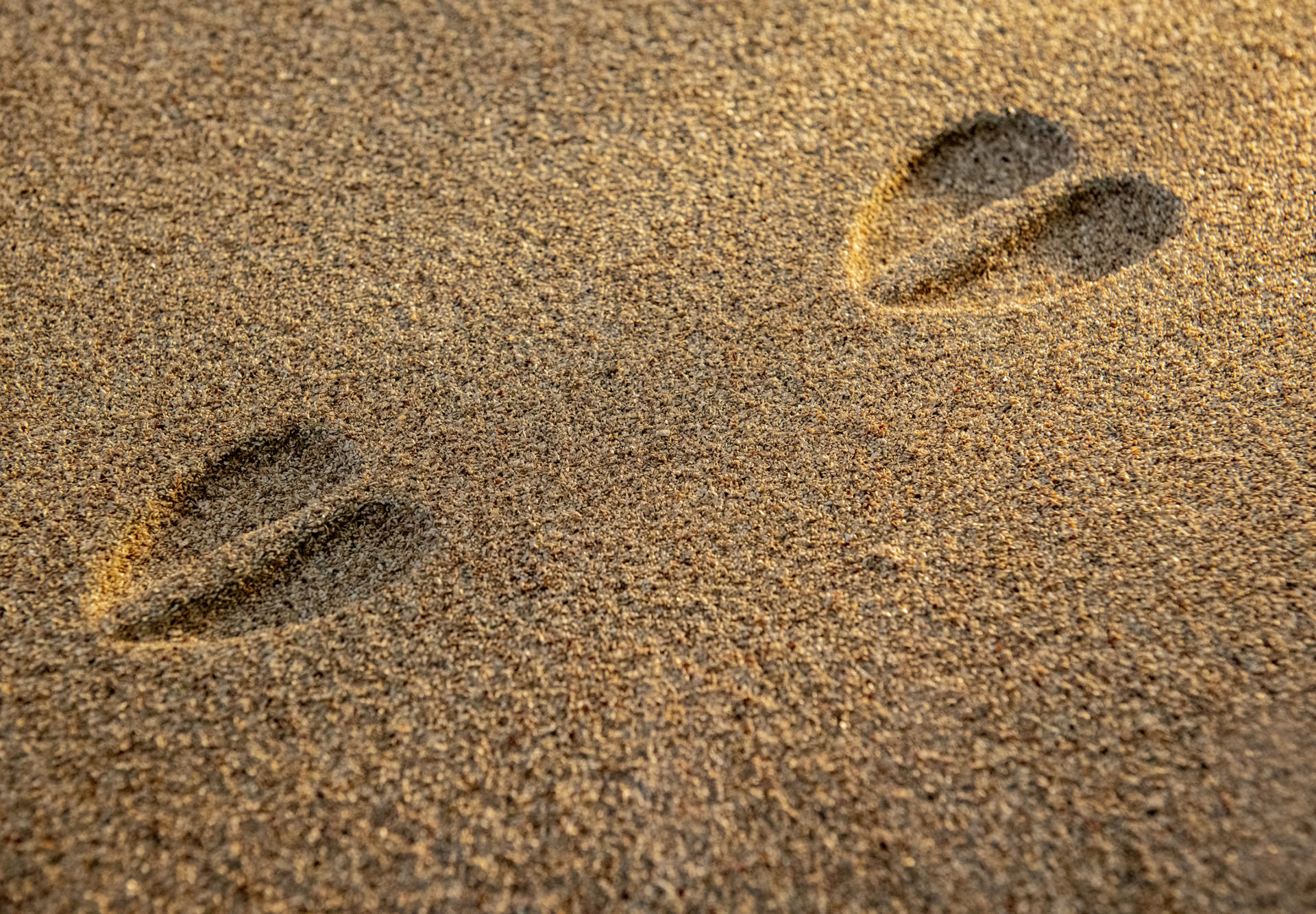 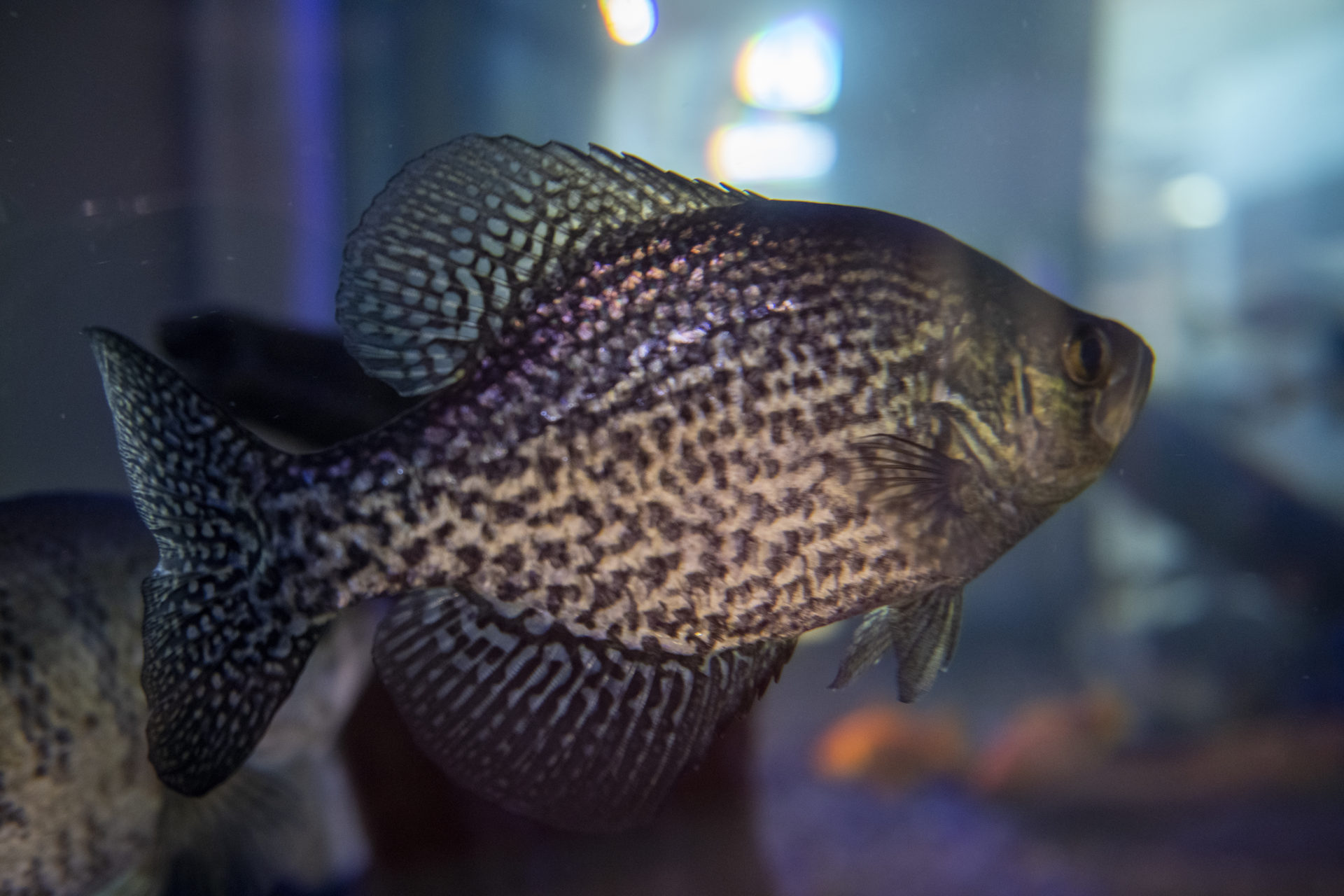 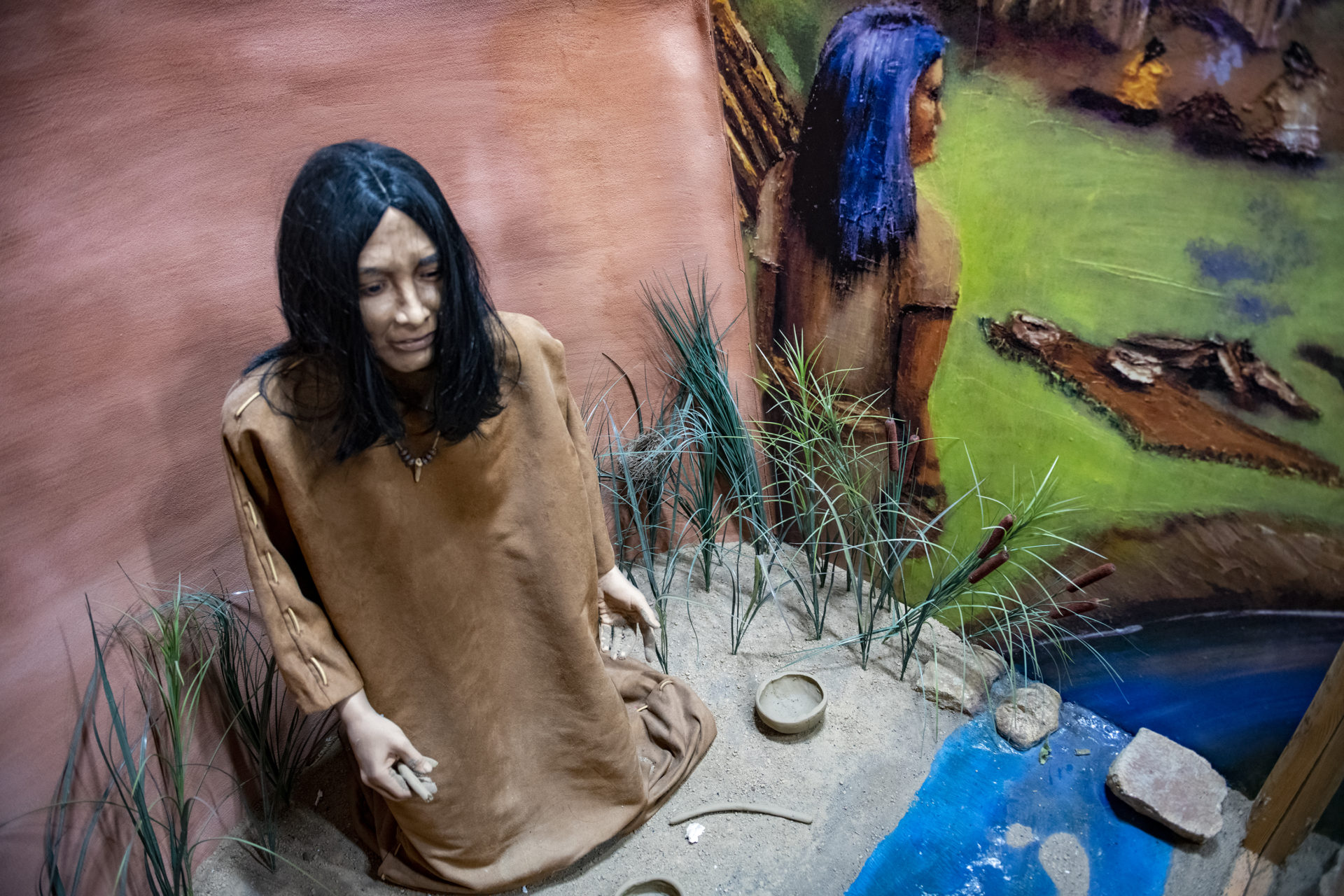 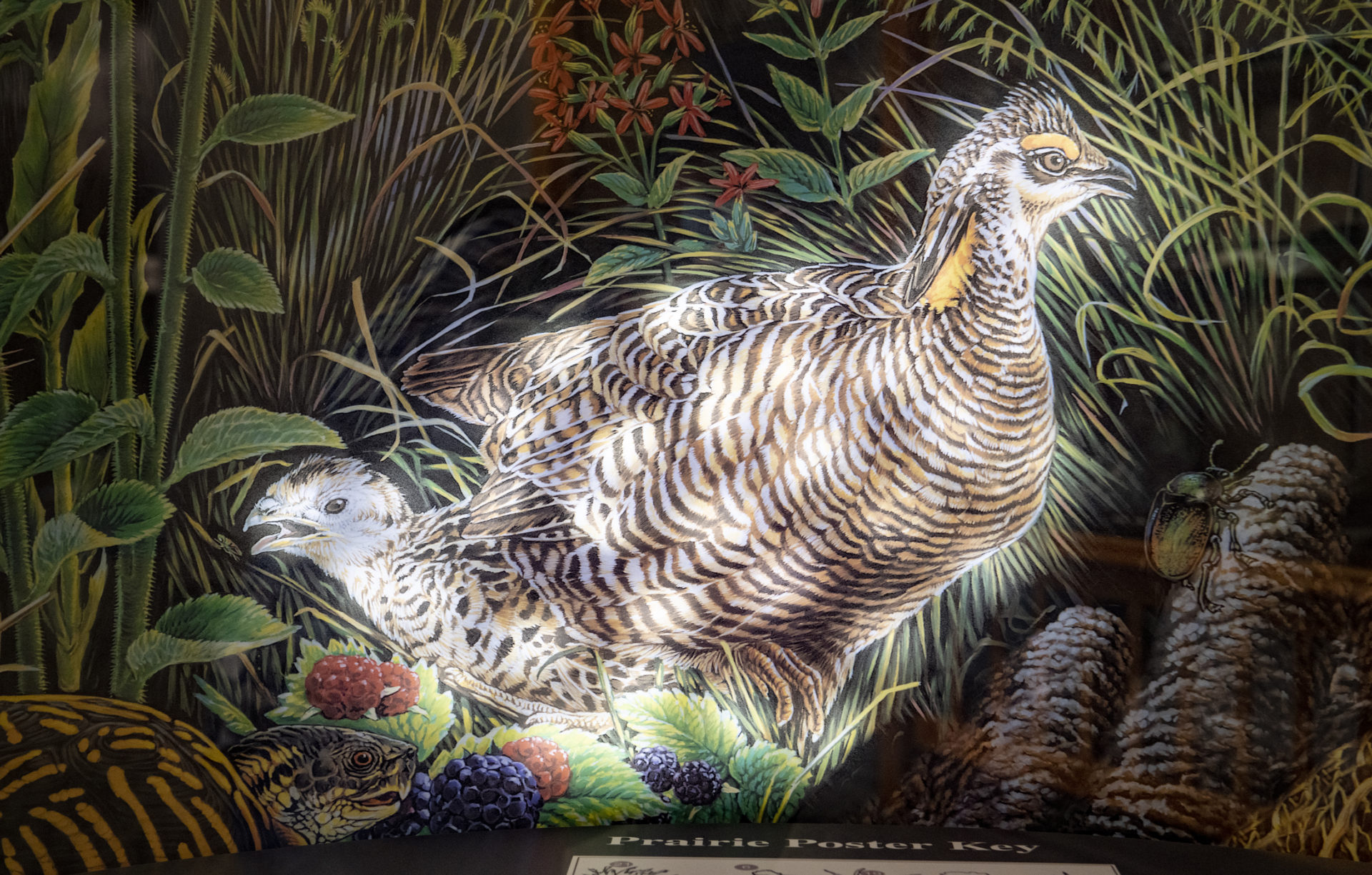 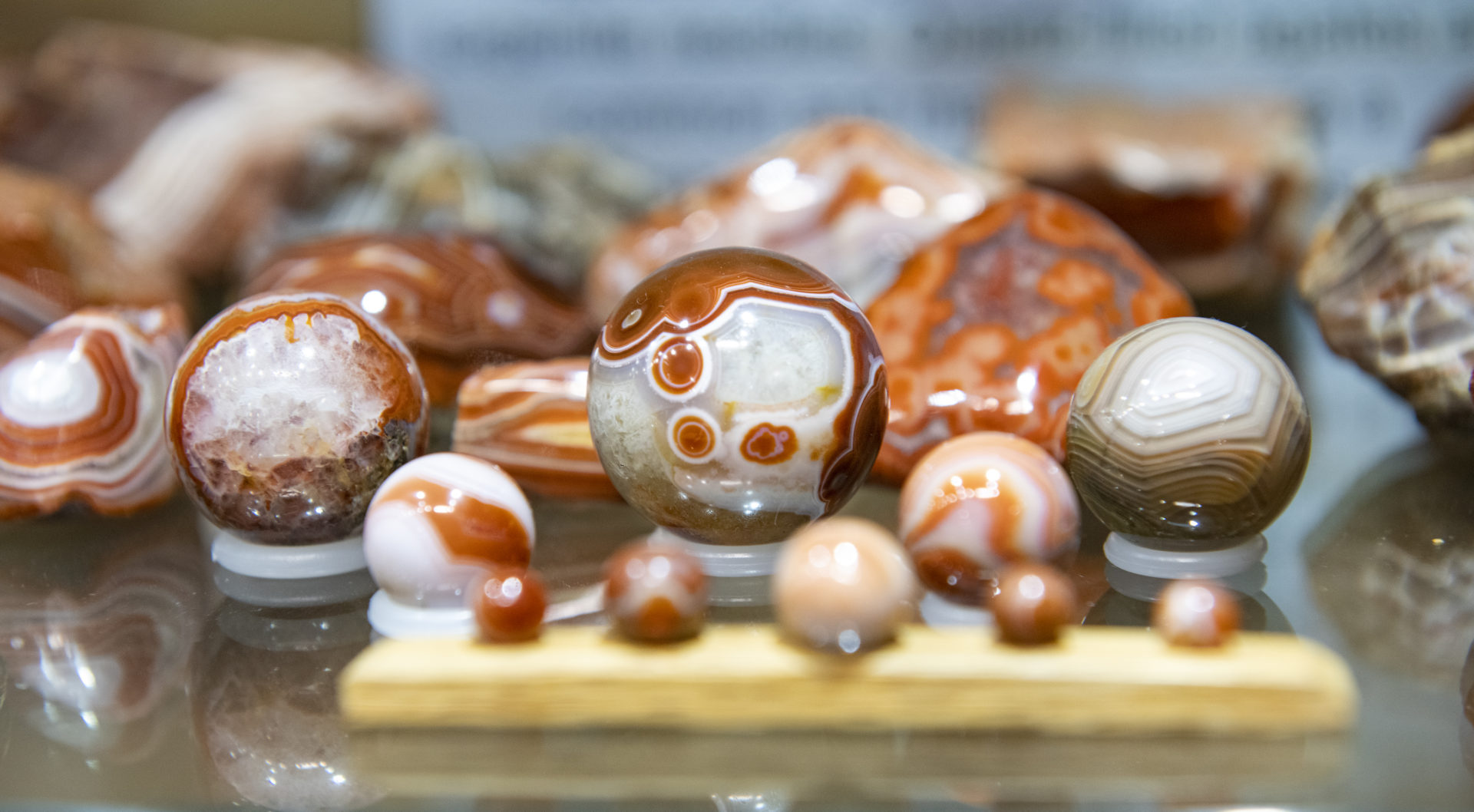 Every eye, young and old alike, is drawn toward a 7,000-gallon aquarium featuring many of the freshwater species that dwell in the nearby river. The aquarium is especially popular on Fridays at 10:30 a.m., when visitors can help feed the tank’s denizens which include catfish, crappie, gar and bass. Other live animals include a Greek tortoise and a collection of snakes that are the highlight of private museum rentals, tour groups and educational programs.

A unique centerpiece of the museum is a state-of-the-art exhibit stocked with invisible creatures. Unseen raccoons, possums and coyotes trek across the octagonal surface which resembles a river sandbar. An audio presentation runs alongside providing facts about each animal.

“The tracks are specific to animals you’d find here,” Sarah says. “It runs neck and neck with the aquarium for popularity.”

Other interactive displays provide information on Missouri’s forests, wetlands and prairies and their inhabitants. Peppered throughout are tributes to early scientists, such as Daniel Stewart, who discovered the state’s first dinosaur remains in Bollinger County in 1942. A film pays tribute to writer and folklorist Mary Alicia Owen, who studied the native Ioway and Sac and Fox tribes and recorded many of their ceremonies. Nature’s rare oddities are represented as well in the form of a partially albino mallard bagged by waterfowler Mearl “Shorty” Heard near Mound City in 1981.

A common theme that runs through each section of the nature center is how civilization impacts the native habitat, with particular attention paid to different Native American cultures. A significant portion of the 14,000-square-foot building is given over to the Journey Through Time, which Sarah says, “covers the prehistory of native peoples in the area and flows into the days of early automobile travel.” In between, time travelers tour prehistoric caves and Mississippian villages, visit a trading post and fur trapper camp, walk the streets of frontier-era St. Joseph and learn about the coming of the railroad and the Civil War. At journey’s end, visitors are asked to consider what they’ve learned about human interaction with nature and how they can make a positive difference.

“We try to emulate that here from our programming all the way through recycling in the building,” Sarah says. “We want to educate people not just about history but also about the benefit of what we have: ‘What can you do to keep what we have here now available for future generations?’ ”