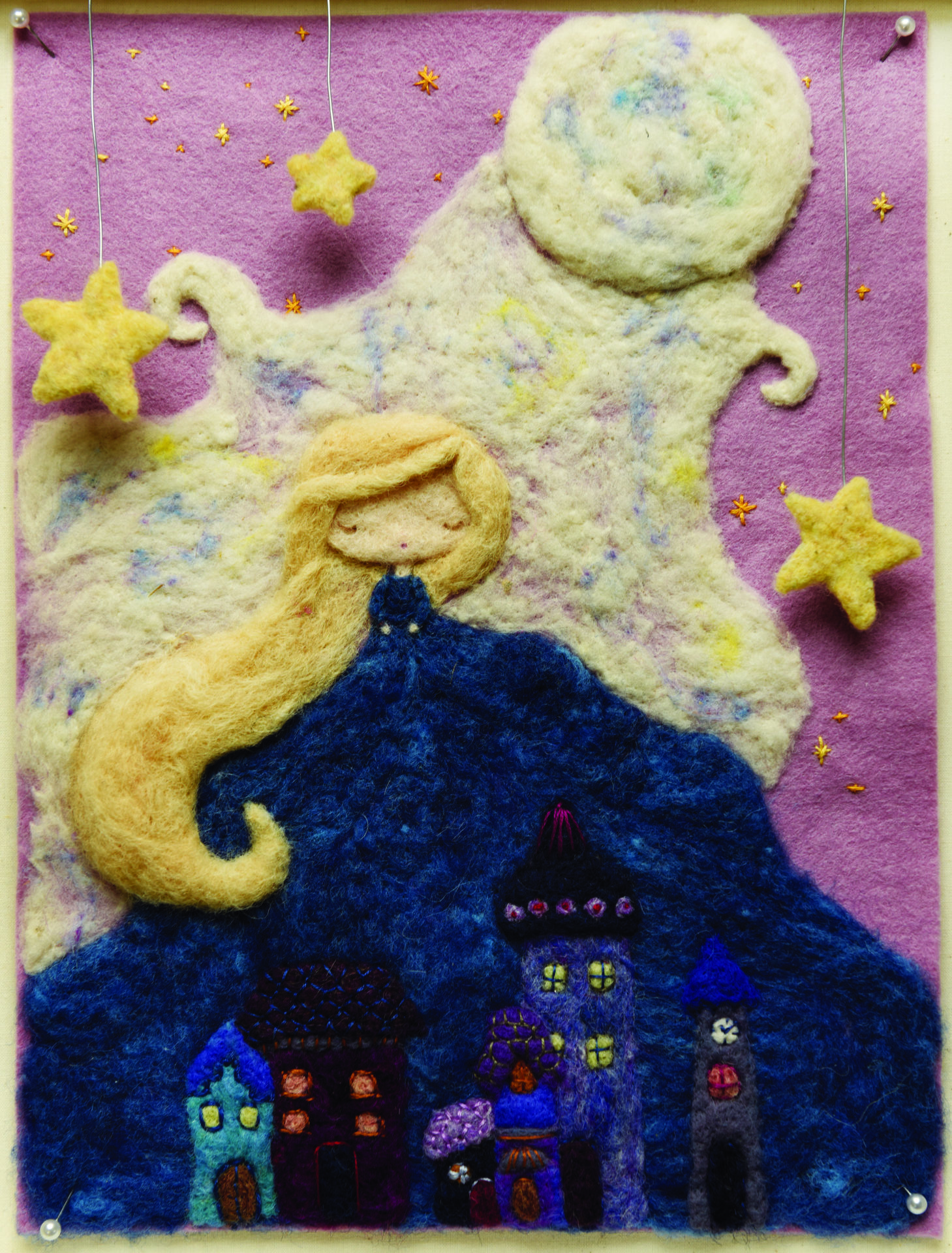 Her slim fingers deftly work, punching the barbed needle quickly into the wool fibers. One hand feeds a cloud of the natural fiber in front of the darting tool. Magically, the gentle curve of a lady’s face begins to appear.

“This is really an art anyone can jump into without experience and come away with something they enjoyed creating,” says artist Elizabeth Exley. “It’s very forgiving and also therapeutic.”

Her woolen creations garnered the Crane native a highly sought-after spot as a juried Best of Missouri Hands artist. Her unique woolen wonders can be found under the name Gingham Trundle on Etsy and Instagram.

With a background in public and mental health, Elizabeth’s experience includes working in Papua New Guinea and East Asia assisting with AIDS projects. Little did she know her work would eventually bring her back home to rural Missouri, where she could assist her mother with the care of her father, a war veteran now battling his own mind and body.

To keep her own mind busy, Elizabeth began working on various art projects.

She had seen a unique set of wool dolls used as part of a home-school program. The dolls didn’t have faces, which intrigued Elizabeth. The artist was drawn toward the fact that children would need to use their imagination when playing.

“They were simple yet beautiful and I decided to try to make one,” says the Ozark Electric Cooperative member. “After making one, I thought they would also be great as a set of dolls, so I made a smaller set. Children love making up stories.” 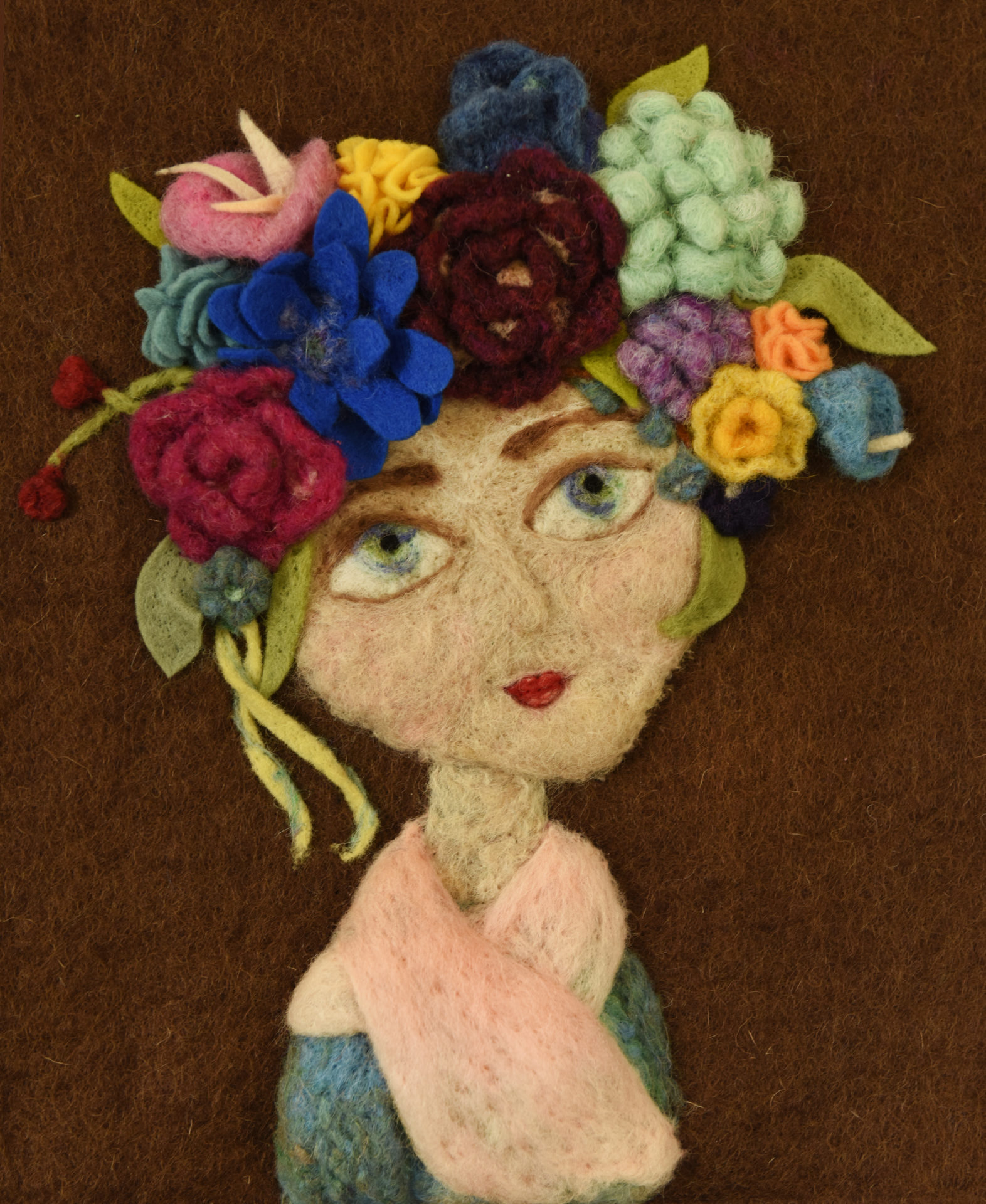 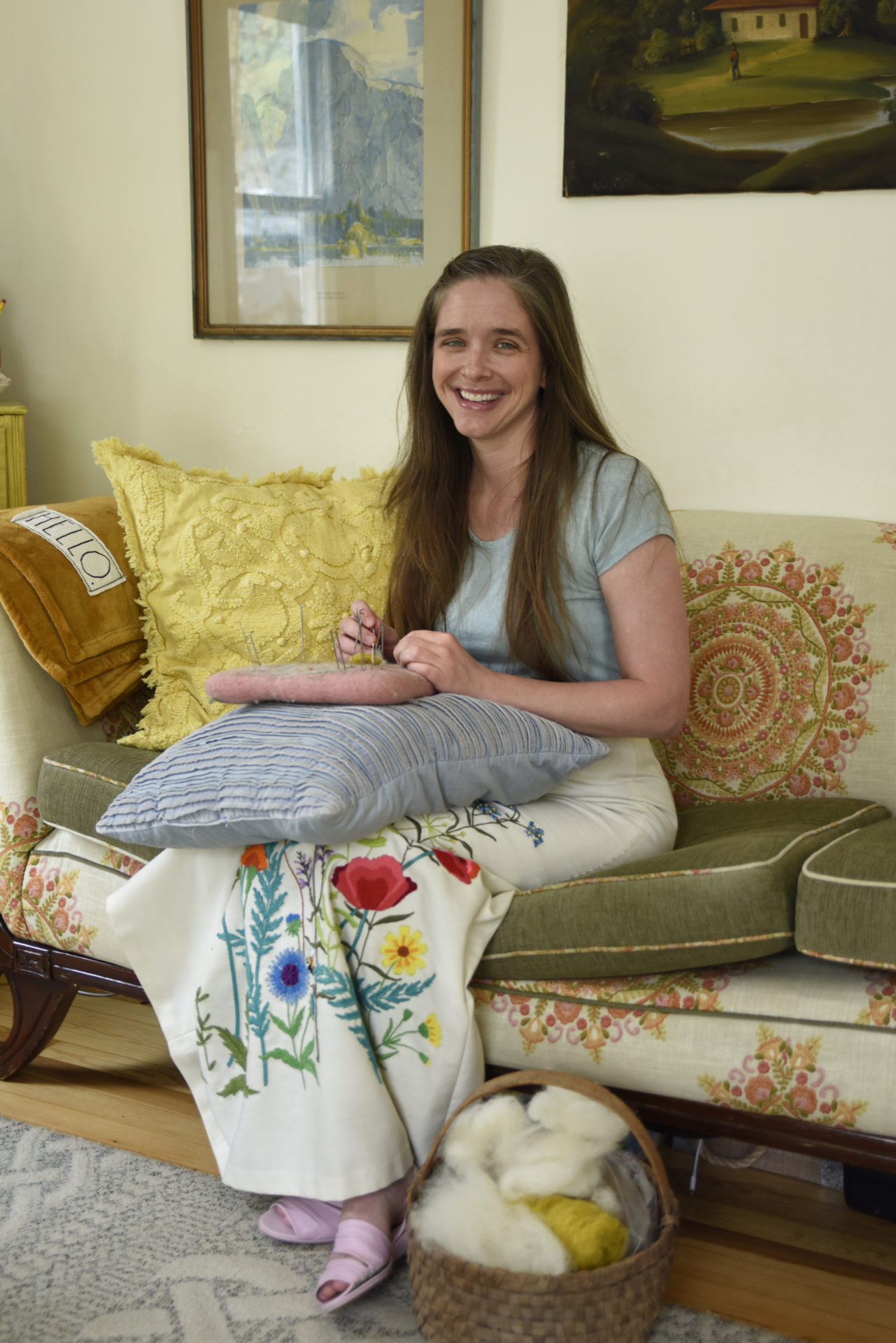 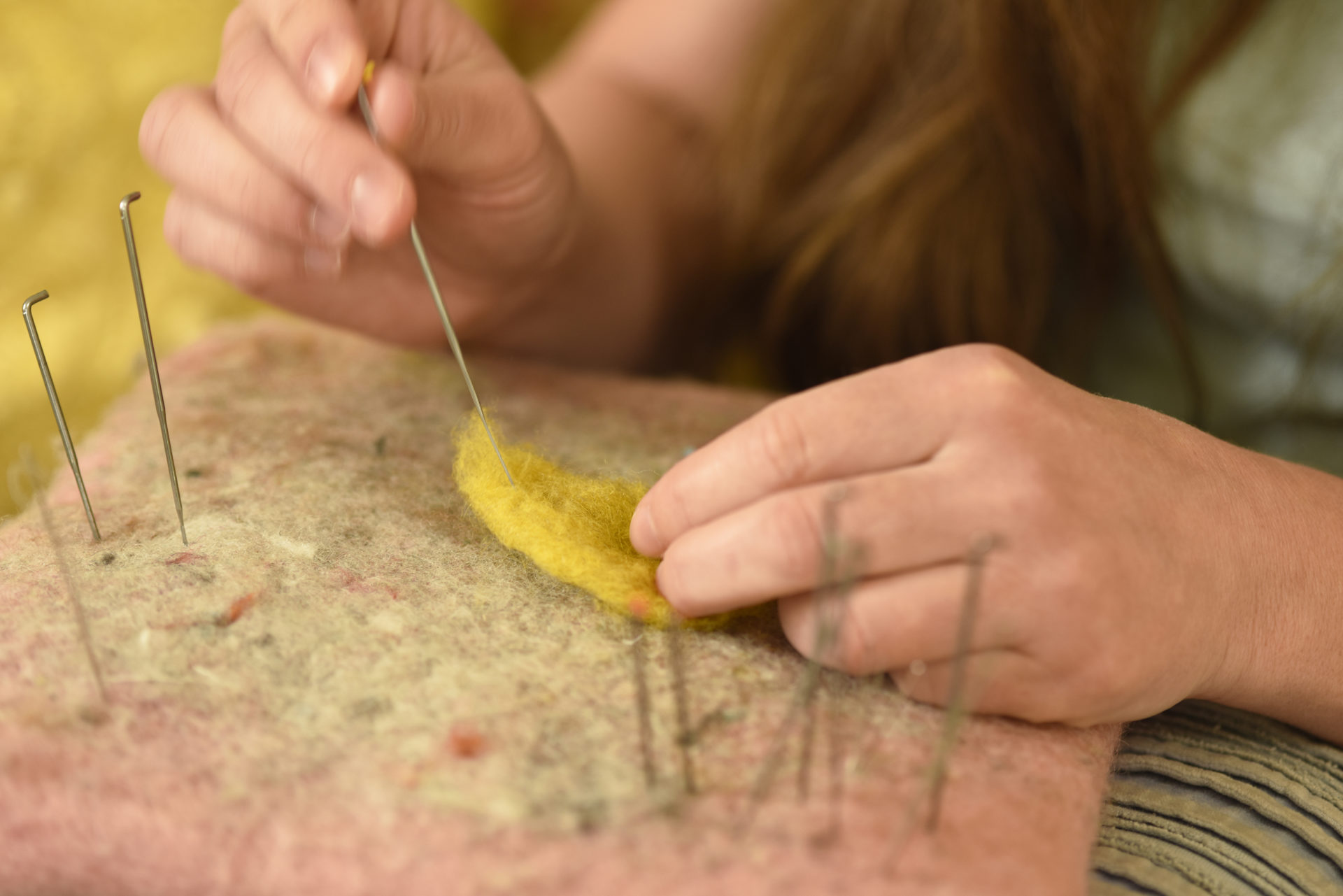 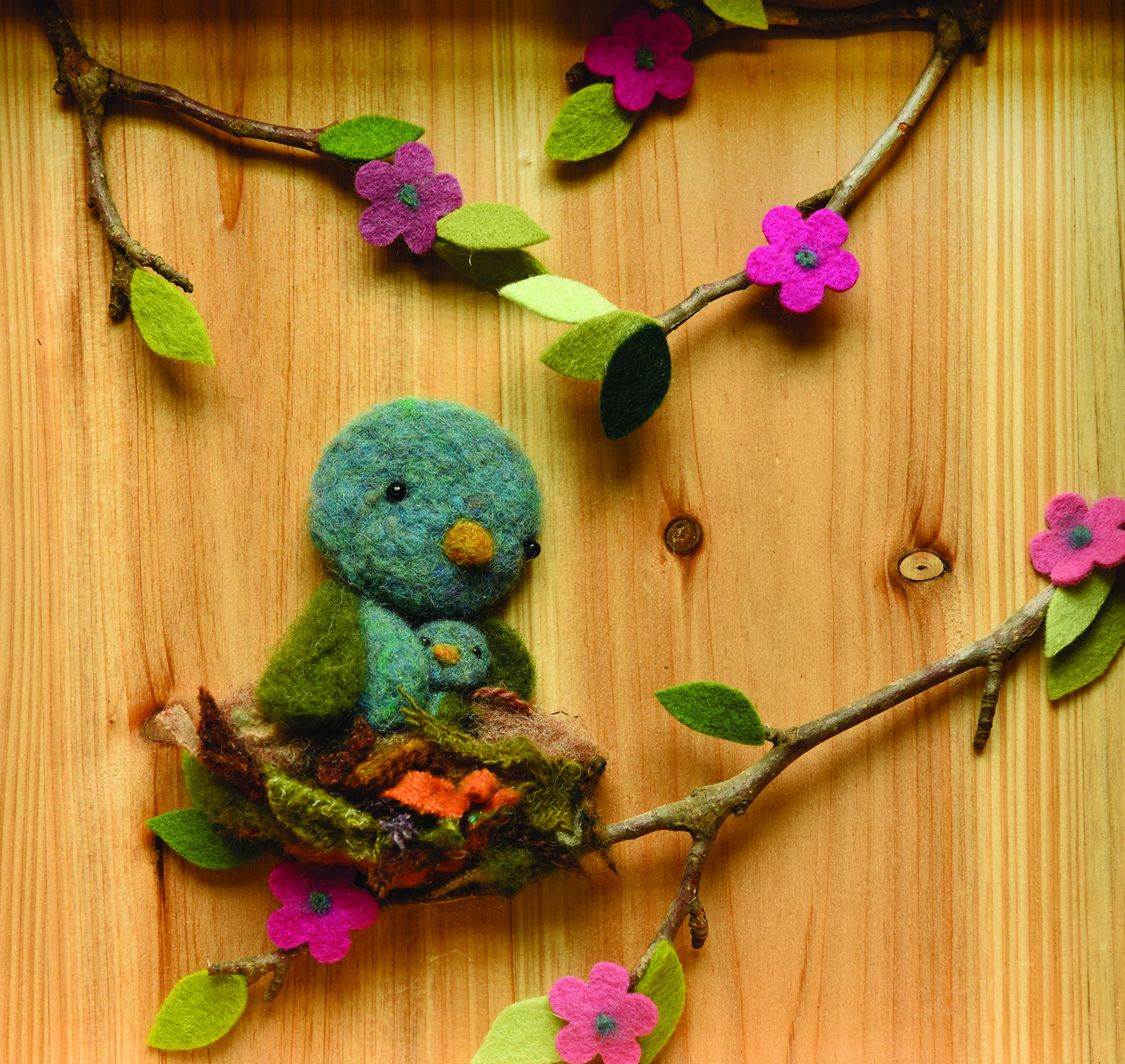 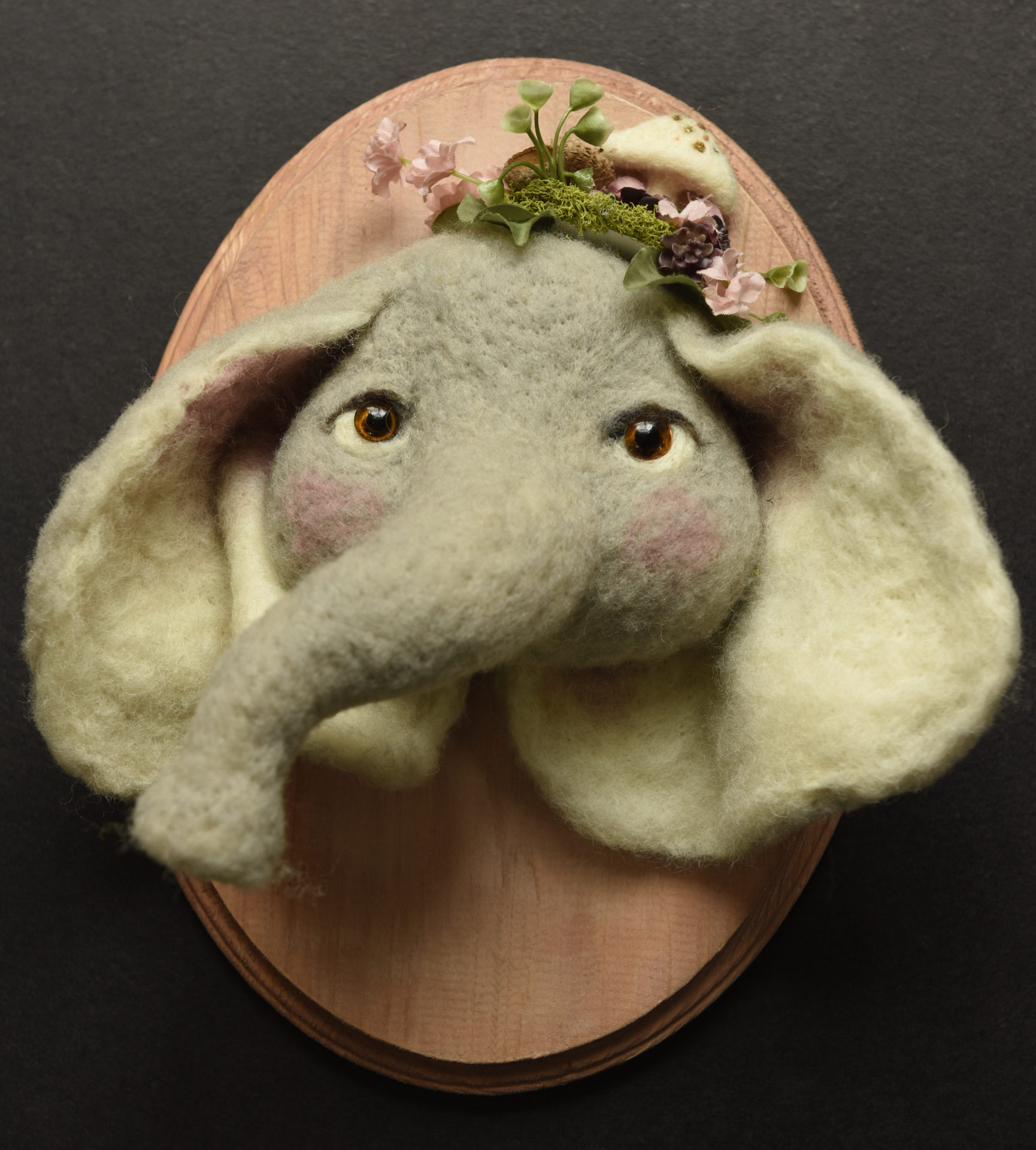 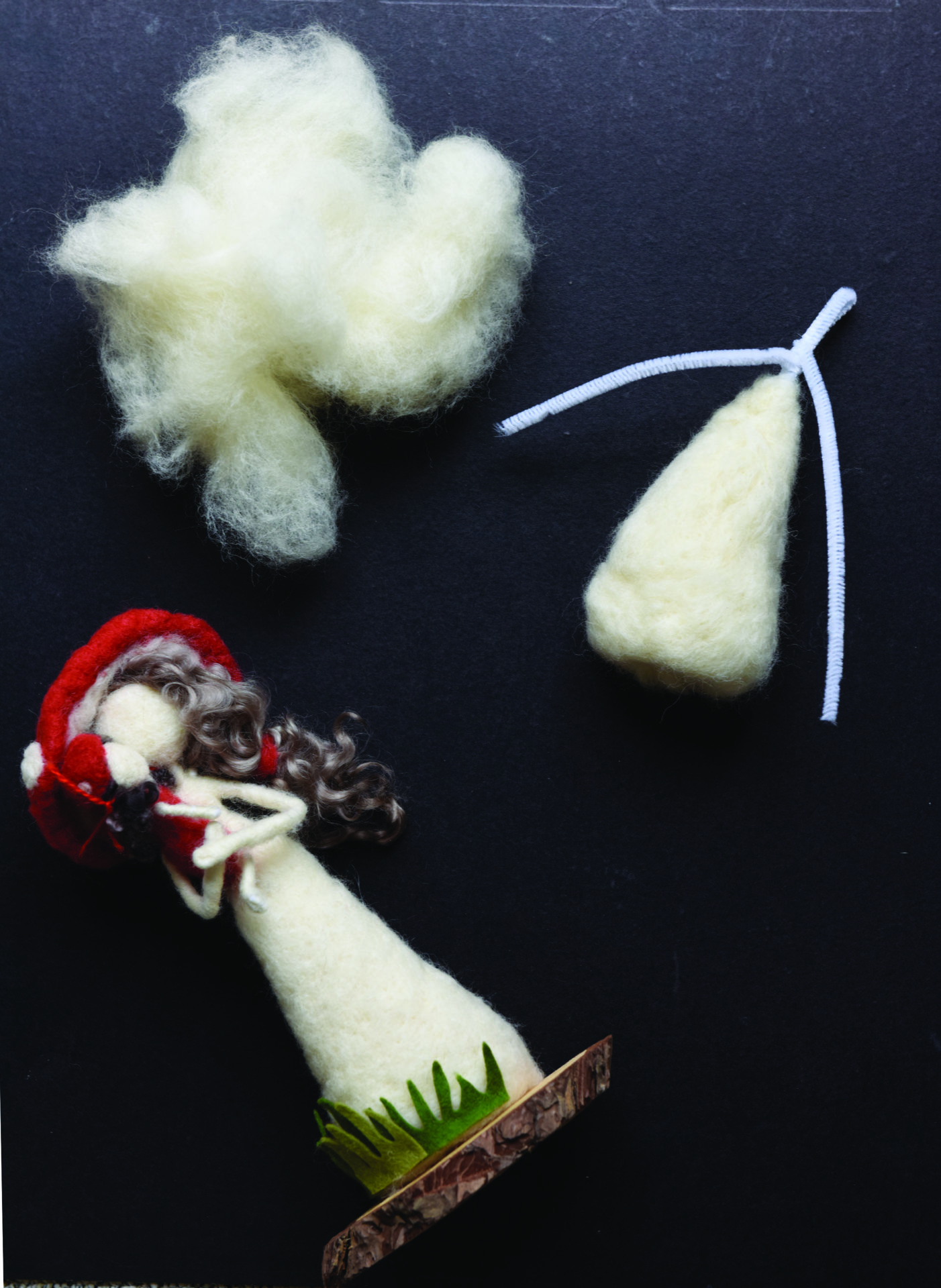 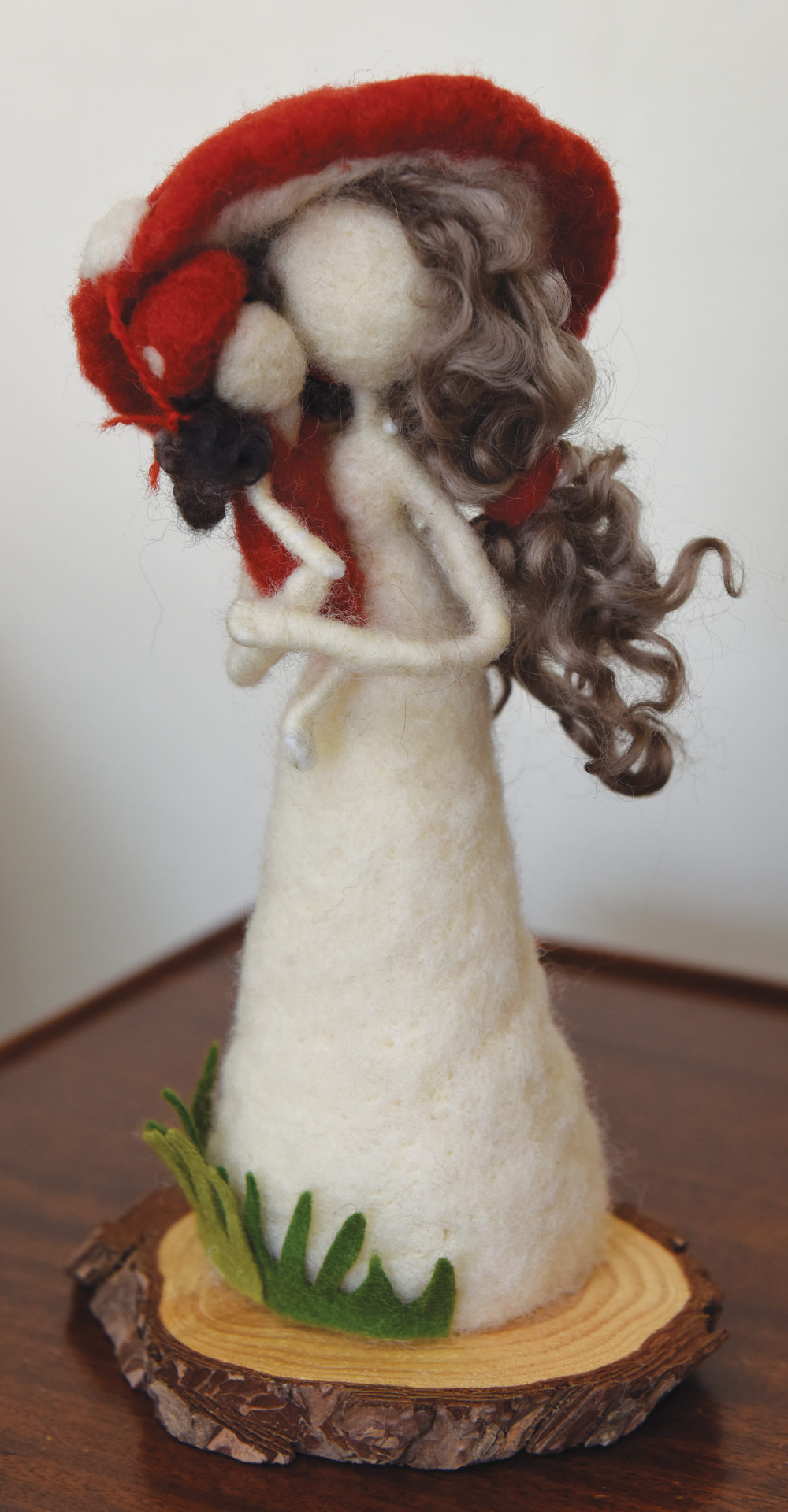 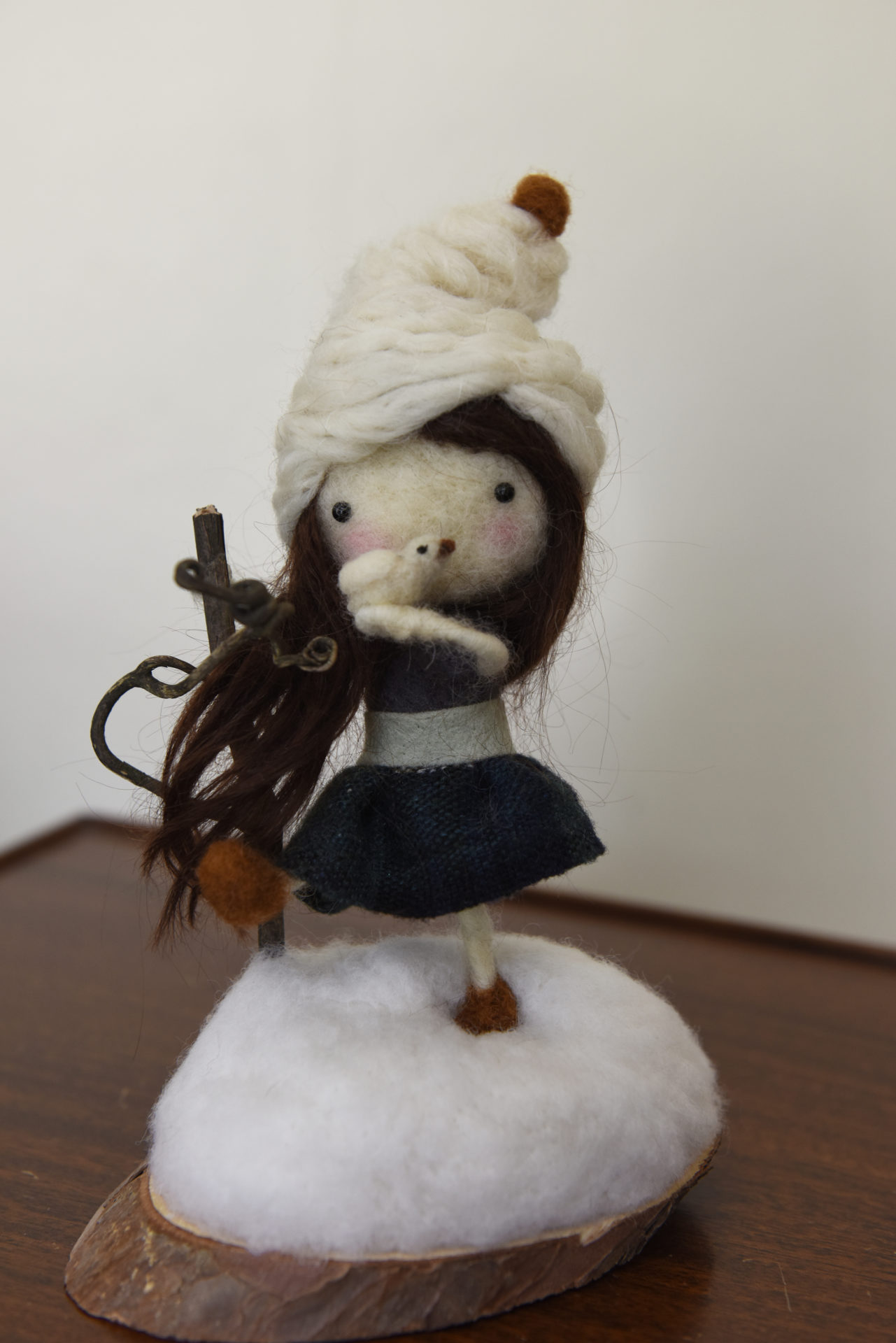 Needle felting is said to be one of the oldest textile arts, with origins dating back as far as 6200 B.C. The term “felting” includes separating, tightening and pressing natural fibers like wool or other animal fibers together to create a solid piece of cloth. There are two types of felting: wet and dry. With dry needle felting, the artist can use a rove — a long piece of wool which has been cleaned or carded — and poke it into another woolen surface. Special barbed felting needles, that have no eyes or thread, help the fibers weave together. Wool is the most common fiber used in needle felting, but any natural fiber or animal fur can be used.

According to Elizabeth, many people have accidently made this wet felting by mistake when they machine washed a wool sweater.

“The sweater has usually shrunk a size or two after washing,” she says, noting that it’s impossible to reverse the mishap. “Hot water and soap agitates the wool fibers. The more agitation the tighter the fabric becomes.”

That theory is how felting works in general. Wool fibers have a structure similar to scales, so when other pieces of wool are needled or poked into another piece of wool, the scale-like attribute allows the fibers to stick together.

After making items for family and friends, Elizabeth decided to take her handmade items to a small art show. Later she sent samples to be juried for Best of Missouri Hands.

“Being accepted by them gave me confidence in myself and my art,” says the artist. She then applied to enter the juried Springfield Arts Fair and was accepted.

“That’s about when I realized I could probably do this and create some extra income,” says Elizabeth, “but that was early in 2020 and then COVID took everything over.”

Without shows, Elizabeth was busy creating needle felted items like wall art, small dolls and 3D animals with only social media to showcase her work for sale. But then she realized she was doing something a lot of people didn’t know how to do and might want to learn. That’s when she began teaching online classes.

“I wanted to keep the classes fairly small, and the goal was to start a project each month that they could each work on until the next month’s class,” says Elizabeth, noting they’ve made everything from baby chicks to owls over the past year.

A bit of an introvert, Elizabeth still enjoys the online teaching sessions. When someone wants to sign up, she adds them to a private Facebook group where she uses Facebook Live to instruct. When a crafter needs additional help on the project, they can always review the video and pause it as needed or Elizabeth will answer them one-on-one. Students pay a monthly class fee via PayPal and sign on from anywhere with an internet connection to participate. Members can get a list of needed supplies for monthly projects from Elizabeth or, if they prefer, she’ll send a kit of supplies for the project for an additional fee.

“If the project needs special pieces, like eyes or maybe metal feet for an animal, I usually try to include those in the kits for free,” says the instructor.

As word got out about Elizabeth’s woolen creations people began asking for commissions, especially for her small dolls, which average about 8 inches in height. Requests came in for a friend who’d recently lost their son and a caregiver who helped a friend through a serious illness. That was the start of a line Elizabeth hadn’t considered — what she now calls her Mended Heart dolls.

“I usually send a little story along with the doll,” says Elizabeth. “They seem to resonate with people.”

Special requests include dolls for adoptive parents, widows, women trying to conceive and survivors of abuse.

“I used an old necktie and cut out a tiny tie for the widow doll to hold,” says the artist. “The widow who commissioned the doll loved it.”

Another special Mended Heart doll was for a mother who had just lost her baby. Elizabeth created a special angel doll holding a baby. “No two of the dolls are ever alike,” says Elizabeth.

Now that things are opening back up again, the artist hopes to eventually get out to shows. Until then, she’s happy to teach through Facebook and sell her woolen wonders online.

“The online sessions have been great because the common thread of art draws us together,” says Elizabeth. “We’re like a felting family.”