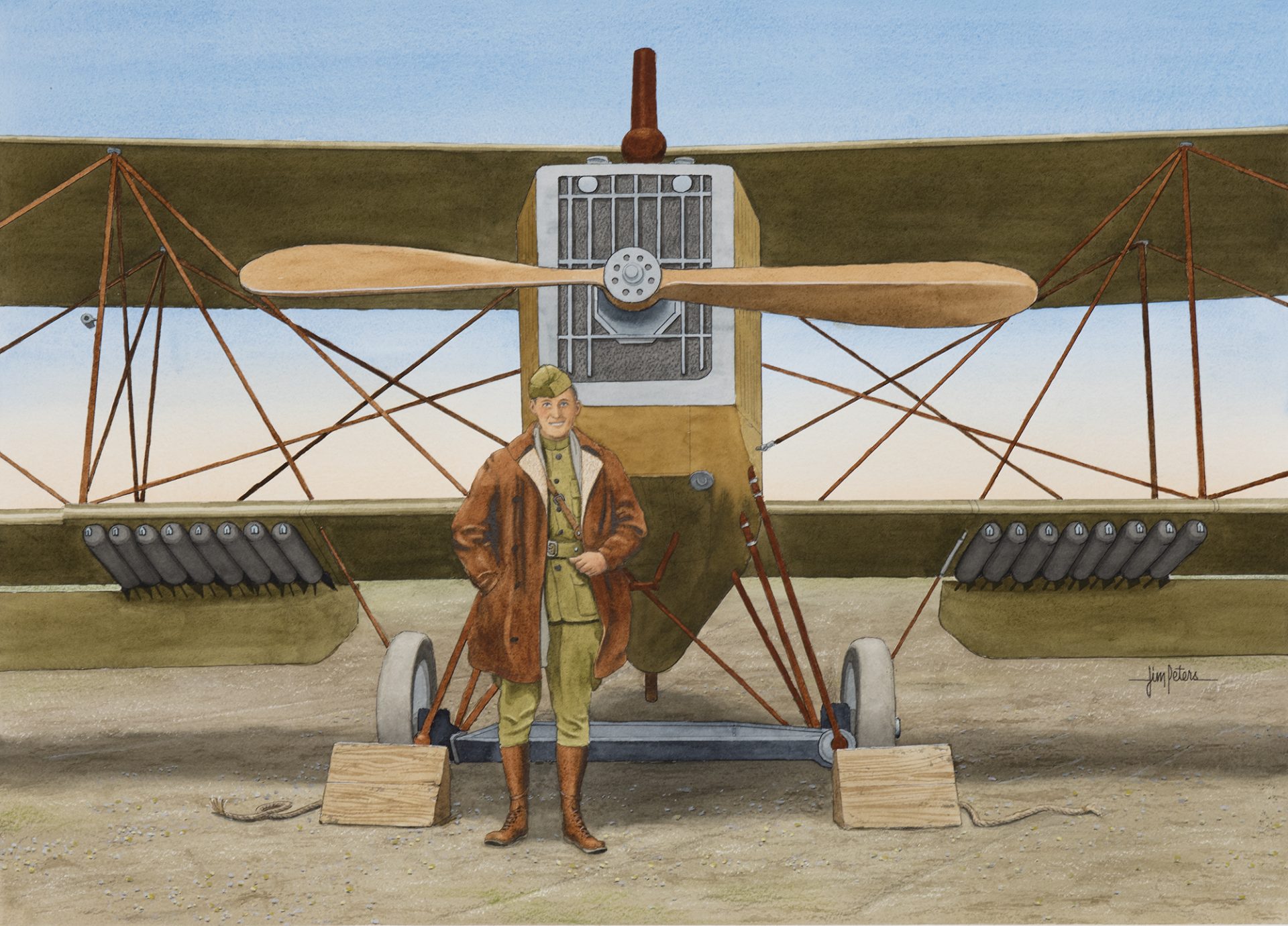 When an Associated Press dispatch from France during World War l hit the wires, it failed to mention the name of the aviator being featured in the story. It did tell his hometown, and everyone in West Plains knew the story was about Norton Thompson’s boy, Stephen, whose great-grandfather, Capt. Nathaniel Thompson, fought in the Revolutionary War.

In its Feb. 14, 1918 edition, the West Plains Journal-Gazette ran a front-page story based on the AP report. It was headlined:

Three miles above the German city of Saarburg

For a country starved for news about its soldiers fighting abroad, the news that an American aviator had shot down a German plane was a big deal. The story ran in newspapers across the country.

That detail didn’t faze the editors of U.S. papers, who championed Stephen for weeks. The adventures of the young Missourian sated the public appetite for heroes as the realities of a global conflict settled in, especially given that Stephen graduated top in his class at West Plains High School and was honored with a medal as the student with the “best record, clean habits and good conduct.”

Stephen’s historic feat happened completely by chance. He related the story to a Kansas City Star reporter in 1935:

“A French bombing party was to make a daylight raid over Germany and we found out about it. One of the lieutenants from Atlanta got permission to go with them and I went along to see my comrade off on his trip. We ate an early dinner with the French officers and then went to the field. The men put on their flying suits, climbed into the machines, and the mechanics cranked their engines. It was almost starting time, or ‘zero hour.’ I shook hands with the Atlantian and said, ‘Goodbye Dick, luck to you.’

“Just then a French officer rushed up and asked if I was a gunner and could take the place of a French gunner who was ill. I had machine gun practice on the ground but had never fired a gun from an airplane.

“I wanted to go, and I assured the Frenchman that I was a gunner, all right, and a trained observer and could drop bombs or anything else that became necessary. He phoned to our American superior officer, Ralph Royce, major of the air corps, and he gave permission for me to go. I put on a flying suit, climbed into the machine and within less than 10 minutes I was in the air and going 90 miles an hour for Germany.”

Flying in the rear seat of a French Breguet biplane, Stephen watched the German city unfold beneath him as he released the bombs. He counted as all six successfully released. Then he spotted multiple German Albatros biplanes heading his way, bound on revenge.

“I watched the bombs disappear and then noticed that one of the German planes was attacking our machine,” Stephen told the Star reporter. “He had dived down past us and was coming up under us. My hands were numbed with cold for I had taken off my gloves to do better work, and I knew I had to get that German.

The Journal-Gazette reported that Stephen’s hands were swollen to twice their normal size due to exposure to the extreme cold at the high altitude.

Stephen was a student at the University of Missouri studying civil engineering when the U.S. entered the war. He left his studies and enlisted, assured that he would still graduate with his class. After basic training, he headed to Fort Monroe in Virginia where he learned the strategies of coastal defense artillery.

But the Army had different plans for him when he landed in France in the summer of 1917. He would train as an aerial observer, flying in the back seat high above the trenches and dropping notes that would direct artillery fire. 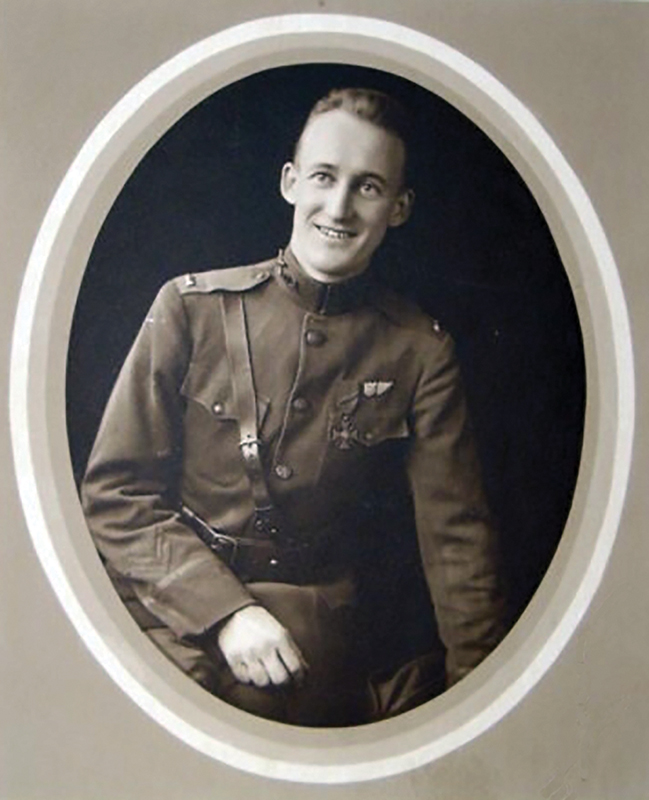 After his historic flight he joined an American unit, where additional adventures — and another aviation first — awaited him. The West Plains Quill told the story after his parents shared a letter from him telling of his latest exploits:

“Whether Lt. Stephen W. Thompson, former West Plains high school boy with the 12th Aero Squadron, C.A.C. in France, was too gallant to mention the fact that the German aviator whom he killed in a recent air battle near Sergy was a young woman masquerading as a man, or that he is yet unaware of the fact, is a question which will interest his many friends when they read his latest interesting letter received here yesterday by his parents,” the Quill reported.

A graves detail tasked with burying the bodies of the downed flyers discovered that a woman had piloted the plane Stephen shot down. He was credited with being the first to shoot down a woman aviator on a day that saw him add two planes to his scorecard.

During this action Stephen was wounded when a German machine gun bullet hit him in the ankle. The pilot was also hit but still managed to crash land the Salmson observation plane.

“I rattled around like a rock in a tin can and broke nearly everything left in the ship by lunging into it,” Stephen wrote in the letter to his parents. “As we fell the remaining two enemy planes followed us down shooting all the while. I saw two sticks in the framework break as bullets went through, wires snapped and holes appeared in the sheet metal in front of me, but none of the bullets hit either the pilot or me.”

A tree broke the plane’s fall and Stephen found himself still conscious after the crash. He called out to the pilot, who told him he had been hit. Stephen pulled the pilot from the cockpit, and with the help of nearby doughboys, took him to a hospital where the pilot died the next day. Finding the hospital busy, Stephen removed the bullet from his ankle himself, digging it out with a pocketknife.

He kept the bullet as a souvenir, and today it, along with the bullet-riddled sock he was wearing and his flight uniform, are on display at the National Museum of the U.S. Air Force at Wright-Patterson Air Force Base.

He would later learn that the German flyers he tangled with were part of the elite squadron put together by Manfred von Richthofen, better known as the Red Baron. The action led to the awarding of the French Croix de Guerre with Palm Leaves along with a citation from the French army’s Chief of Staff Marshall Philippe Petain.

It wasn’t the first time he made a hard landing. On an earlier mission, Stephen and his pilot crashed into a lake but crawled on top of the plane and didn’t even get wet after rescue by a motorboat. “I rather enjoyed the excitement,” he told his parents in a characteristic understatement.

When he returned home after the war, Stephen was dismayed to learn the Army had bestowed the honor of shooting down the first plane to another man, Lt. Alan Winslow of River Forest, Illinois, whose kill came two months after Stephen’s.

The War Department at the time had a rule against establishing such firsts without positive proof from eyewitnesses. Stephen’s action took place deep into Germany, while the official kill happened over U.S. lines where hundreds witnessed it.

He would spend many years fighting the red tape that cost him official recognition. After the war, he located a war diary from the German archives in Potsdam showing the location of the plane he shot down and the name of the pilot. He submitted that information, along with copies of various U.S. newspaper stories, to prove his claim. But the stubborn military officials refused to change the official record.

In 1935, when Stephen had moved to Dayton, Ohio to teach math and aeronautics, a push was made to change the War Department’s mind. U.S. Rep. Byron B. Harlan of Ohio introduced a bill that read, in part:

“That Stephen W. Thompson, formerly of West Plains, Mo. and now of Dayton, O., be and is hereby declared to be, the first American soldier to have brought down in combat a German aircraft during the World War, said feat having been accomplished by the said Stephen W. Thompson on February 5, 1918, at or near Sarrebruck, Germany.”

It called for a gold medal to be struck and presented to the aviator “in recognition of said distinguished and conspicuous act of gallantry.”

Back home, the West Plains Chamber of Commerce encouraged its U.S. representative, Richard Duncan, to support the bill. The University of Missouri entered the fracas as well. Its board of curators voted to ask U.S. Sen. Champ Clark to investigate the case and the president of the university turned over all papers to him. “The University of Missouri, as well as the people of West Plains, are most anxious that Lt. Thompson be given this credit, which so rightly belongs to him,” the Quill reported.

Sen. Clark took the case to Harry H. Woodring, assistant secretary of war, who said the War Department’s main objection was, “if any other than official records were accepted the department would be completely swamped with a hopeless mass of claims and substantiations by hearsay.”

Despite the support, the bill died in committee due to opposition from the War Department. The St. Louis Globe-Democrat opined: “The War Department doesn’t question his claim but can give no official credit because the act ‘was not officially recorded by the proper officer in performance of official duty and at the proper time.’ Unofficially, the government acknowledges the claim and bestows glory with its left hand.”

Proper credit would not come until 1967, after officials with the National Museum of the U.S. Air Force pushed for the recognition and the Air Force relented.

Stephen died on Oct. 9, 1977, 10 years after finally securing his place in aviation history.

The original artwork for this story was created by Jim Peters. Jim and more than 30 artists are featured at the Room for Art Gallery in downtown Washington, Missouri. For more information call 636-259-1119. 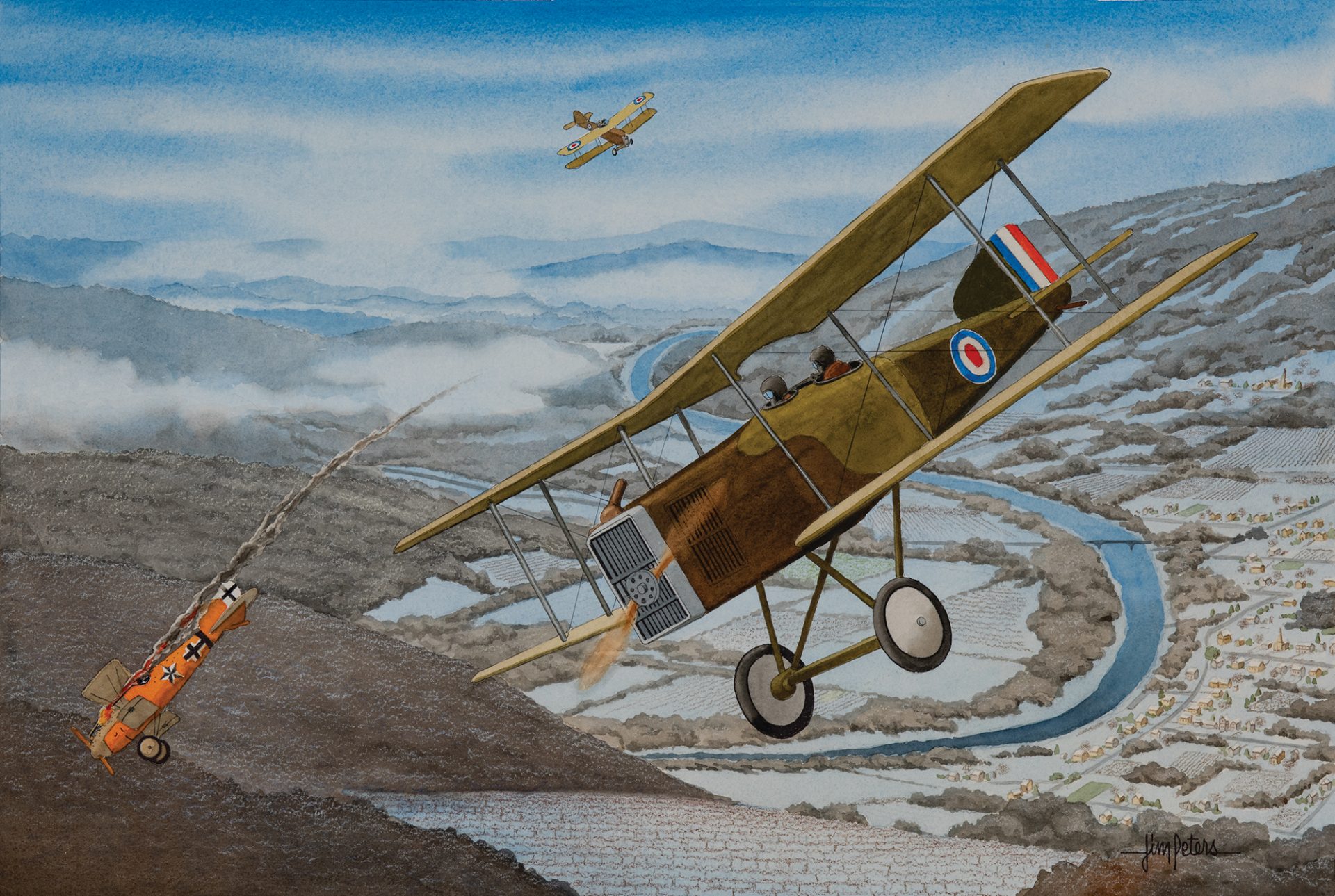