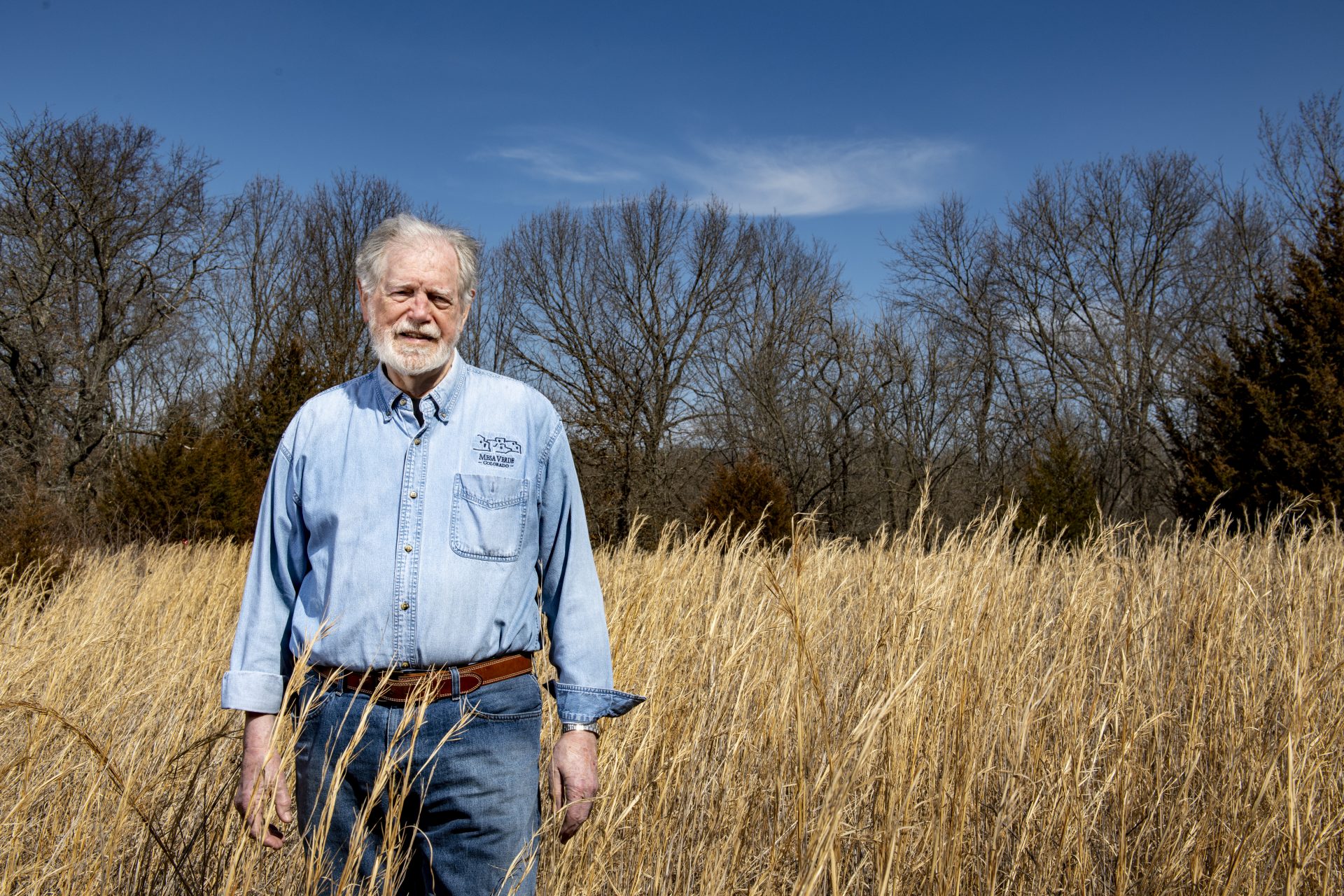 Every day of every season, there’s a play unfolding on the banks of Brawley Creek in Johnson County. John Hess is there, camera in hand, watching the actors. Today he might have his eye on the Virginia bluebells, tomorrow a luna moth larva. The stage could be any backyard in rural Missouri and it’s exactly the sort of “perfectly ordinary paradise” John has been wandering, photographing and musing over for almost 40 years.

“Everything that I find here is ordinary and commonplace,” John says. “There’s nothing about this place that isn’t true a mile down the street or 20 miles that way. This paradise is everywhere.”

John, a biology professor emeritus from the University of Central Missouri and photographer, insists there’s nothing special about his little corner of the world. Yet in combining two of his talents, he shows exactly why it is special in his book “A Perfectly Ordinary Paradise: An Intimate View of Life on Brawley Creek.” Framed around 40 years of the four seasons on what John and his wife, Gina, refer to simply as Brawley Creek, the book covers the history of the area, its natural residents and how human custodians have changed it along the way. As he has done more than 2,000 times on his blog, John uses an image to follow his natural curiosity, and in doing so, give readers lessons on botany, ornithology, herpetology and even philosophy.

“The image is valuable as a way of telling the story, but the story is more important to me than the image,” John says, adding with a laugh, “That makes me a crummy artist, but that’s where I am on that.”

But John’s photos reveal an artist’s eye. The sidelong glance of a Galapagos tortoise as it enters a pool of water in his first book, or, at Brawley Creek, the life of a young nuthatch from egg to fledgling flyer bring the viewer up close and personal to the natural world and invite them to linger there and learn.

Shortly after retiring in 2003, John and Gina traveled to the Galapagos Islands. The trip, more akin to a pilgrimage for a biologist and wildlife photographer, made its signature impression on John just as it cast a spell on Charles Darwin nearly 200 years earlier. Returning home and unable to find a book covering the subjects of the island they were interested in, Gina suggested that John write his own. The result, “The Galapagos: Exploring Darwin’s Tapestry,” uses the islands’ unique plant and animal life to showcase the behavior and adaptation of species. Now in its second printing, the book earned accolades from some of John’s late literary heroes Edward O. Wilson and Daniel Quinn.

That the subject of John’s next book was as far from the Galapagos as it could be may have come as a shock to some. To John, it was another “perfectly ordinary” decision. After all, he’d been immersed in his 30 acres of Johnson County for half of his life.

“The Galapagos Islands are a world-class destination and people go there to see all these fantastic things, but it’s a desert island,” John says. “And this is absolutely nowhere. The two places couldn’t be farther apart, but this, biologically, is much richer and there’s so much more to understand.”

Roaming the creek banks, John points out the century-old eastern cottonwoods and Kentucky coffeetrees, the white oak that was a sapling during Lewis and Clark’s expedition and a pair of sycamores, dubbed “The Twins,” which grow from the stump of a long dead ancestor and mark the original streambed. Amidst four decades’ worth of photographs he’s taken are other ephemera, including a 20-year list that references when, among other visitors, his annual phoebe returns to her nest by the bridge.

“When you live in a place for 40 years, you know these things,” John says. “I had this really intense urge to put this all together because I’d never seen anyone do it. The photographs are the connection. Everybody likes a pretty picture.”

John says one doesn’t have to be a trained photographer or biologist to appreciate the beauty in their own backyard. As a spring evening settles in, the sounds of life on Brawley Creek take on the decidedly dulcid tones of a Missouri frog pond. From the vantage point of John and Gina’s porch, close your eyes and you could be anywhere — a fine place to be.

“Everybody has access to this,” John says, “all they need to do is look at it and think a little bit about how it lives its life.”

John’s blog can be visited at pixlist.wordpress.com. A “Perfectly Ordinary Paradise: An Intimate View of Life on Brawley Creek” is available from the author and the University of Missouri Press. For more information visit www.brawleycreek.com, email john@brawleycreek.com or call 660-429-6483.