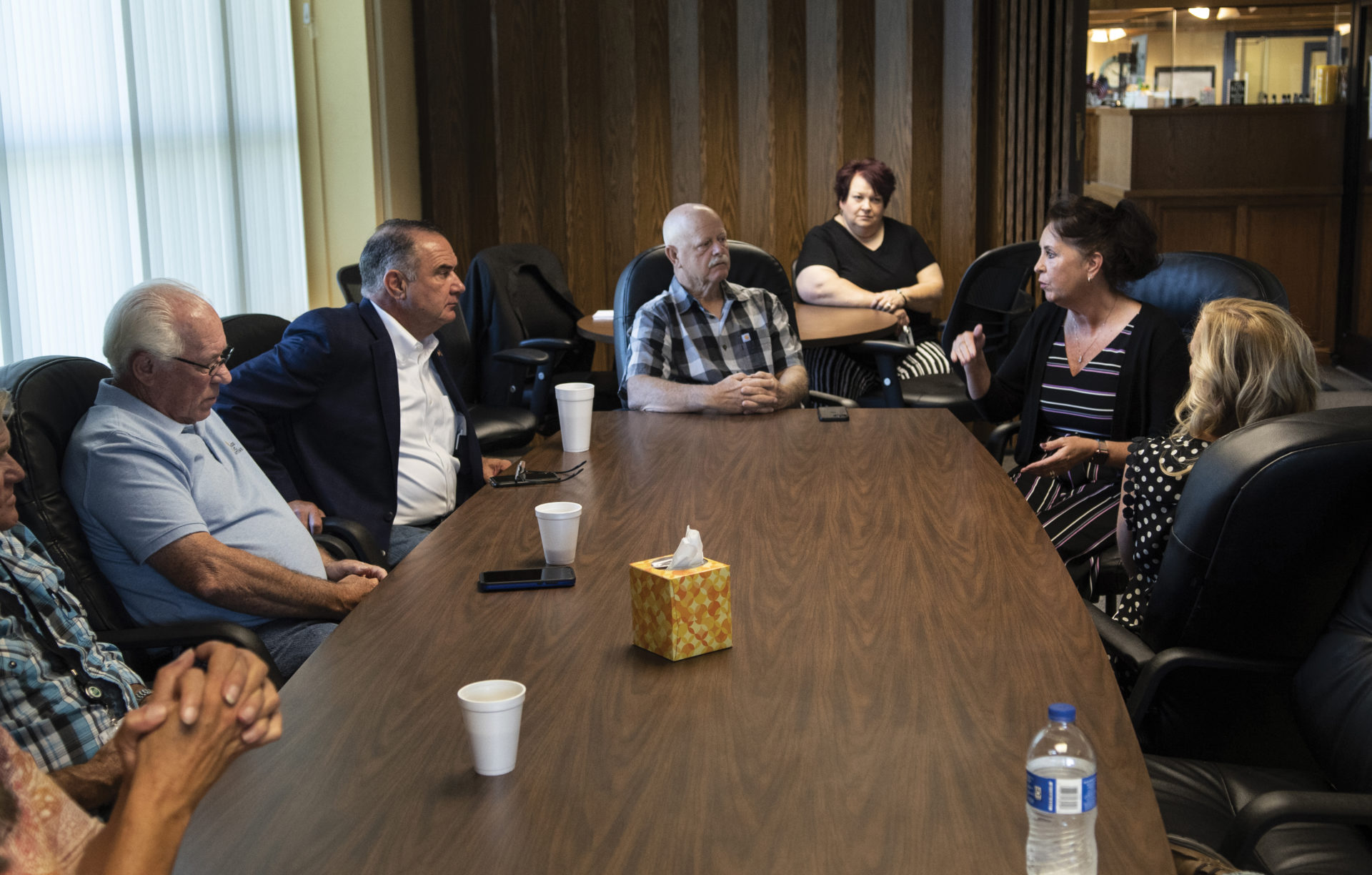 Recently a well-known member of Gascosage Electric Cooperative paid a visit to his co-op’s office in Dixon. He wanted to learn more about the cooperative’s effort to bring high-speed internet service to the area.

Lt. Gov. Mike Kehoe is no stranger to the problem of poor internet speeds in a time when a quality connection is becoming more and more important. His home near Jerome suffers from the same slow speeds that are a way of life for many rural Missourians.

Gascosage Manager Carmen Hartwell knows the feeling. Not only is her home service slow — promised at 10 megabits per second but rarely delivered at that speed — it often fails at the rate of a thousand times in a 30-day period.

The problem is the same throughout the co-op’s service area. That’s what convinced the board to bring fiber internet and phone service to members through its subsidiary, GTech Fiber.

What brought Missouri’s lieutenant governor, along with his wife, Claudia, to the office wasn’t to inquire when service would reach his farm — he already knew he is way down the list. He wanted to learn firsthand the barriers that are preventing projects of this type in other parts of Missouri. Carmen was happy to enlighten him.

Because much of the area served by Gascosage is considered unserved or underserved, the cooperative has benefitted from a flood of state and federal dollars intended to improve rural service. One such area is known as Tick Creek, though you are unlikely to find it on any map. Without a benefactor like Gascosage Electric Cooperative, residents of Tick Creek likely would be among the last to see service this fast.

“Tick Creek is not getting service from anyone else soon,” the lieutenant governor acknowledged. “So that is a great example for not only the rest of the co-ops in the state but across our country. We have a lot of Tick Creeks in this country and specifically in our state.”

In early summer the co-op kicked off its fiber service by hooking up two test homes to work the kinks out of the system. ByAugust the first subscribers were being connected. One of the first to sign up was Anna Torres, who lives near Newburg. Her service was connected just in time for an online work meeting. 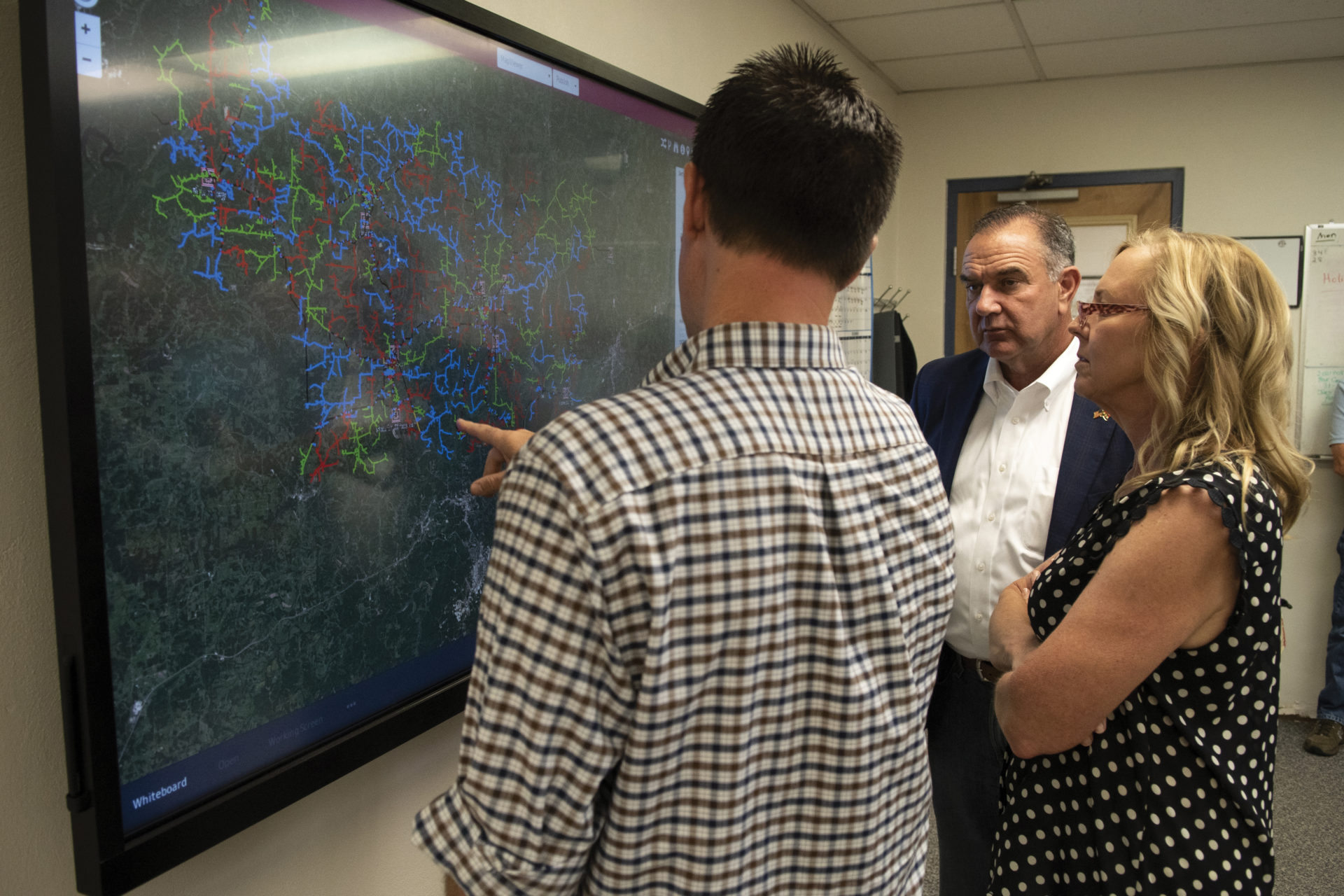 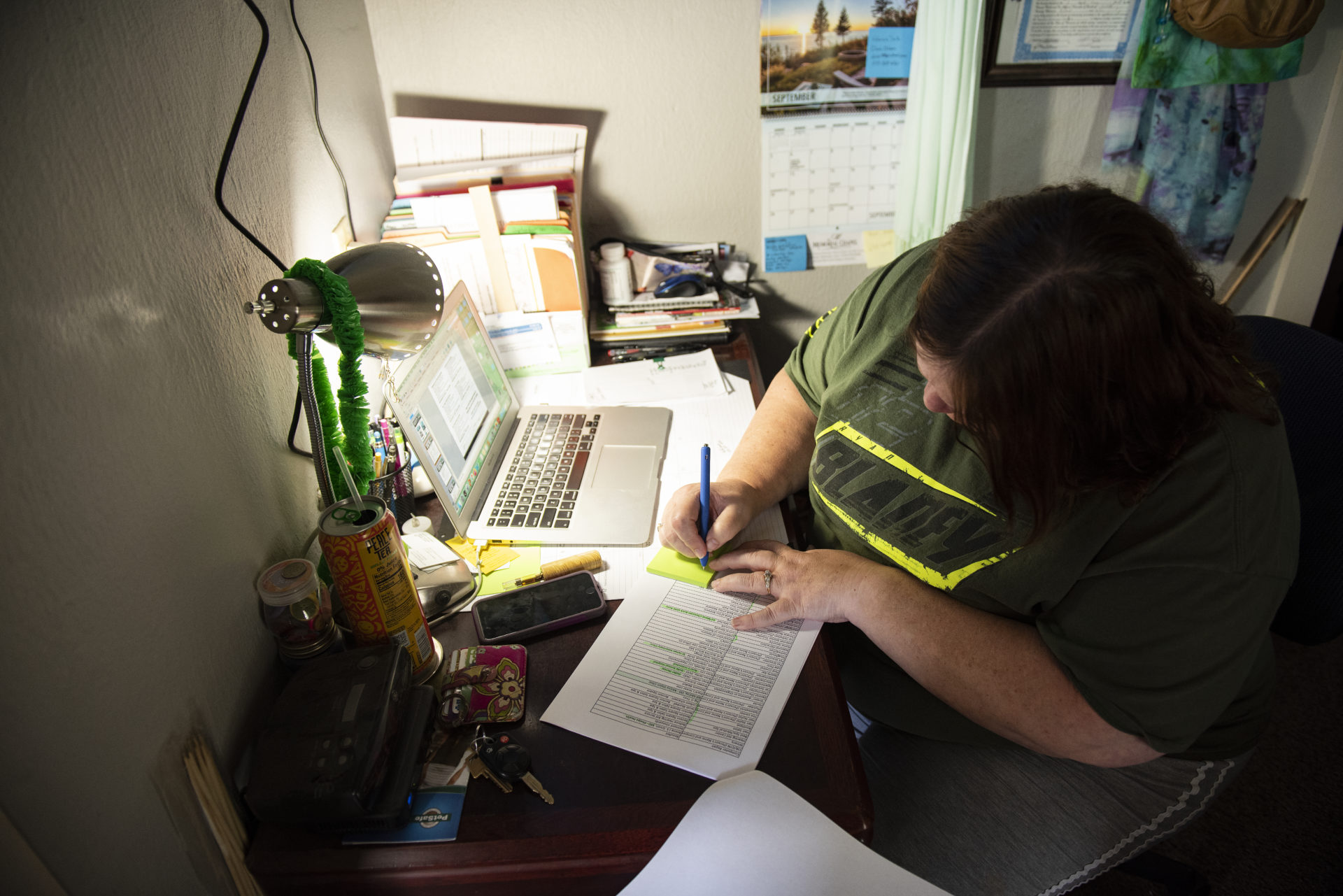 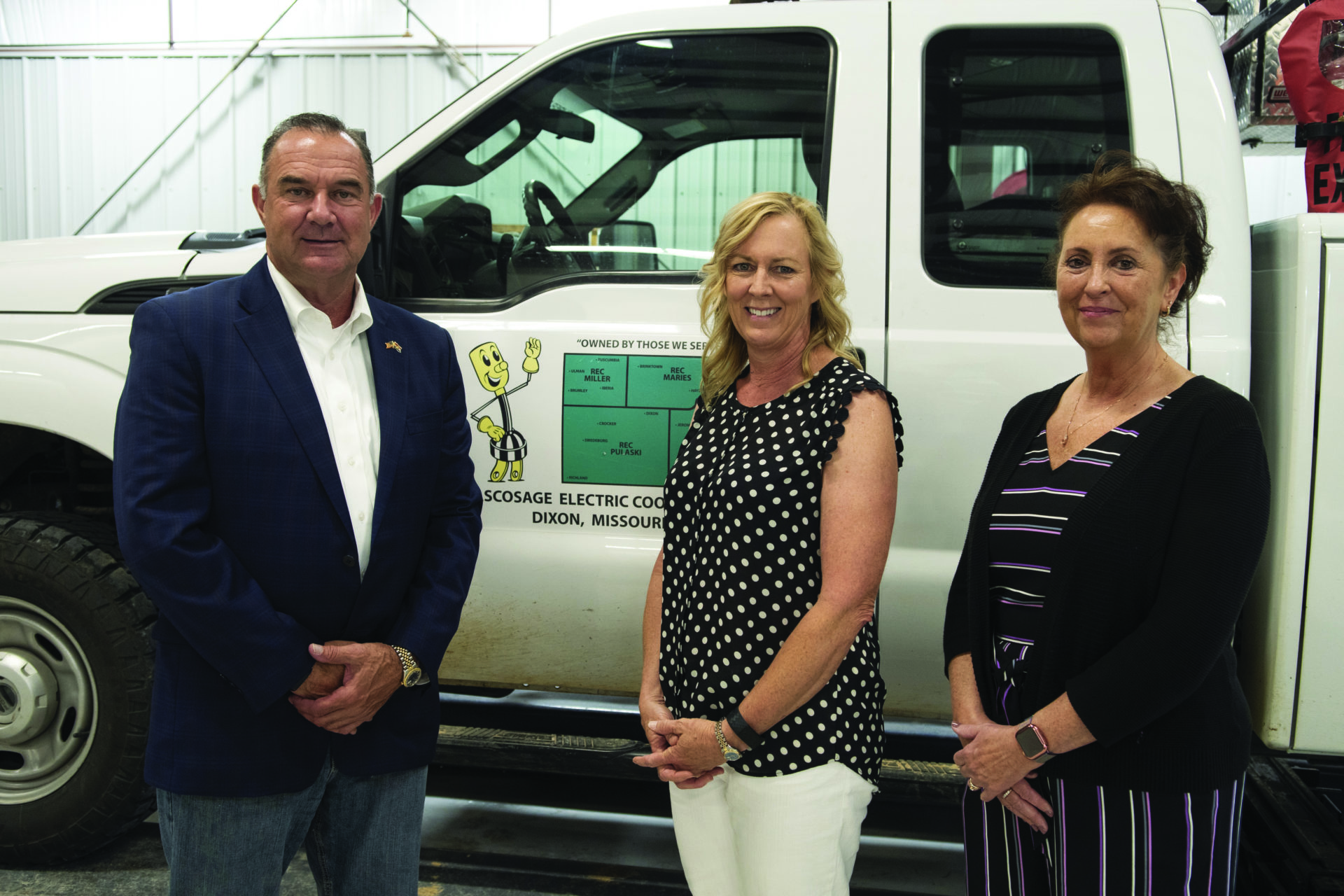 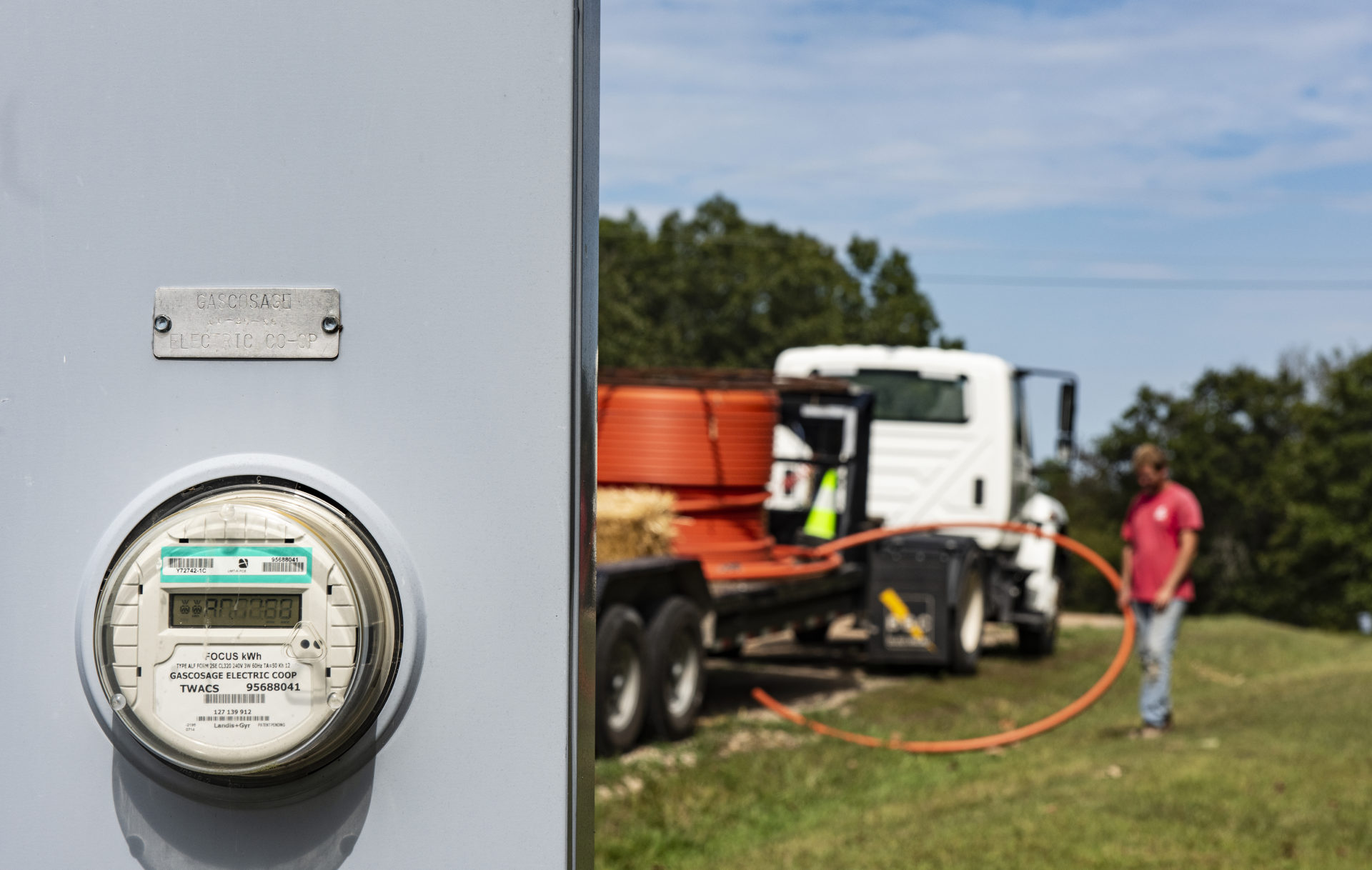 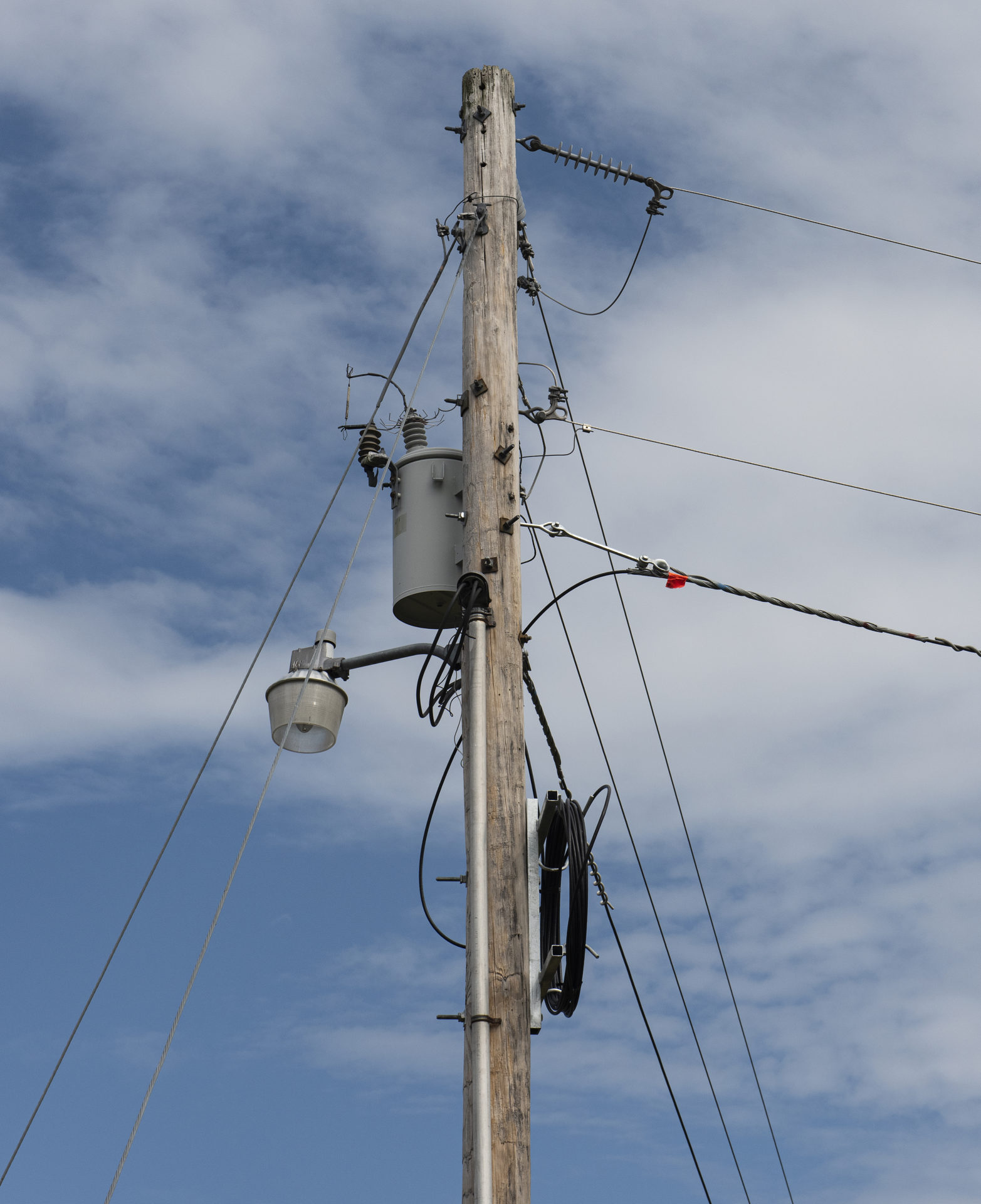 “When they came through last year saying they were stringing it, I was very excited,” Anna says. “From what I understand it is 20 times faster than what I used to have. What I want to do the most is mainly be able to work from home. Before, there were days I could join meetings and days I couldn’t.”

The new service builds off of a fiber-optic backbone built by Sho-Me Power, a Marshfield-based transmission cooperative that wheels power to Gascosage and eight other electric cooperatives. Sho-Me helped with feasibility studies that showed the project was possible.

Gascosage Electric started looking into providing broadband after a survey of its members showed strong interest in such a project, Carmen says. “Most people wanted it. They were looking for better internet than they had.”

With the assistance of Andrew Blanton, Sho-Me Technologies, the co-op applied to the USDA ReConnect program and was awarded $14 million in grants and loans to provide service to 1,300 homes and businesses. “We took that to our board,” Carmen says. “When they saw we could apply for a grant that paid for half of it they said, ‘Let’s give it a try.’ Low and behold, we won it.”

This project will be completed in three phases starting with an area along the Phelps and Maries county line. Phase 2 moves to Pulaski County from Richland to Crocker and then to the Miller County line. The final phase spans the southeast corner of Miller County into Maries County at Iberia and north to Brinktown. Gascosage works closely with Andrew and Brad McGood at Sho-Me Technologies who have supported them with grant applications, engineering and project management for all fiber plans.

A second ReConnect offering netted another $700,000 grant for 10 miles of fiber for the cooperative that can add service for another 55 subscribers. Then the state offered funding which resulted in a $400,000 grant that will pay for 21 miles of fiber to serve 83 homes in the Tick Creek area. The cooperative hopes to expand to members not included in the eligible grant areas using its own funds. While building a service like this won’t work in every part of the state, it is tailor-made for this region.

“The Phelps County area, Tick Creek to be exact, is actually the ideal situation for the original intent of the state broadband grant program,” says Tim Arbeiter, state director of broadband development. “We are talking about a very difficult and rural area of Missouri that has a number of challenges in delivering high-speed internet, from the number of households to be served to the topography challenges Gascosage faces.”

He says low density and the amount of capital needed to launch a fiber internet company is what keeps similar projects from being launched elsewhere in Missouri. “In every case that capital expenditure is significant,” Tim says. “It truly is a struggle andthat’s why we at the state got into this a few years ago.”

Some project delays may result from the shortage of fiber-optic cable and other materials necessary to complete the service. This is due to the extensive buildout of broadband across the country. Despite the setbacks the co-op vows to do whatever it takes to bridge the digital divide for its members.

“We are ready to take on the challenge,” Carmen says. “The areas we are building to are sparsely populated and there are long distances between homes. These are not areas that are attractive to profit-based companies. But it isn’t about profit for us. It’s about serving our members’ needs.”

Adds the lieutenant governor, “I am confident we will get to the day where everyone has electricity and fiber. Everyone is going to have to be just a little bit patient, but we will get there.”