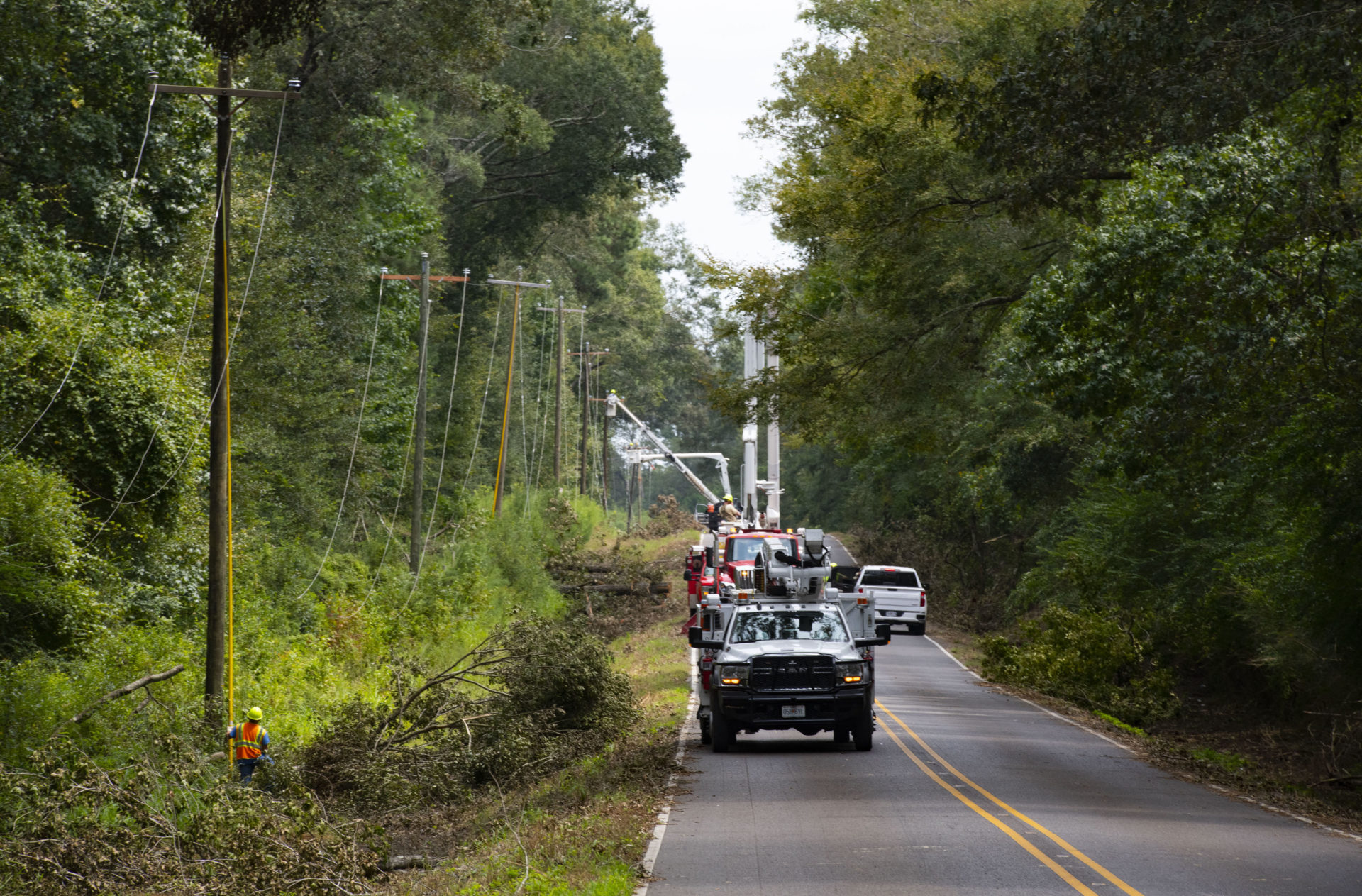 The days are long. The conditions are treacherous. The sun is sweltering. The task at hand is enormous. But these lineworkers are up for it all.

Following the wide path of destruction left by Hurricane Ida, Missouri’s electric cooperatives were called upon to assist Dixie Electric Membership Corp. (DEMCO) just outside of Baton Rouge, Louisiana. A total of 338 Missouri electric cooperative lineworkers made the long drive south to help DEMCO restore power to its members. Through two waves of crews, Missouri’s lineworkers were in Louisiana for one month turning the power back on.

Ida made landfall around noon on Sunday, Aug. 30 as a Category 4 hurricane with sustained winds of up to 150 mph. When it passed, it left behind 1,500 downed power poles, 5,000 spans of damaged line, 500 broken transformers and an estimated 5,880 trees across the nearly 9,000-mile electric grid at the co-op. The call for help was made and a few days later 173 Missouri lineworkers had boots on the ground in Baton Rouge. 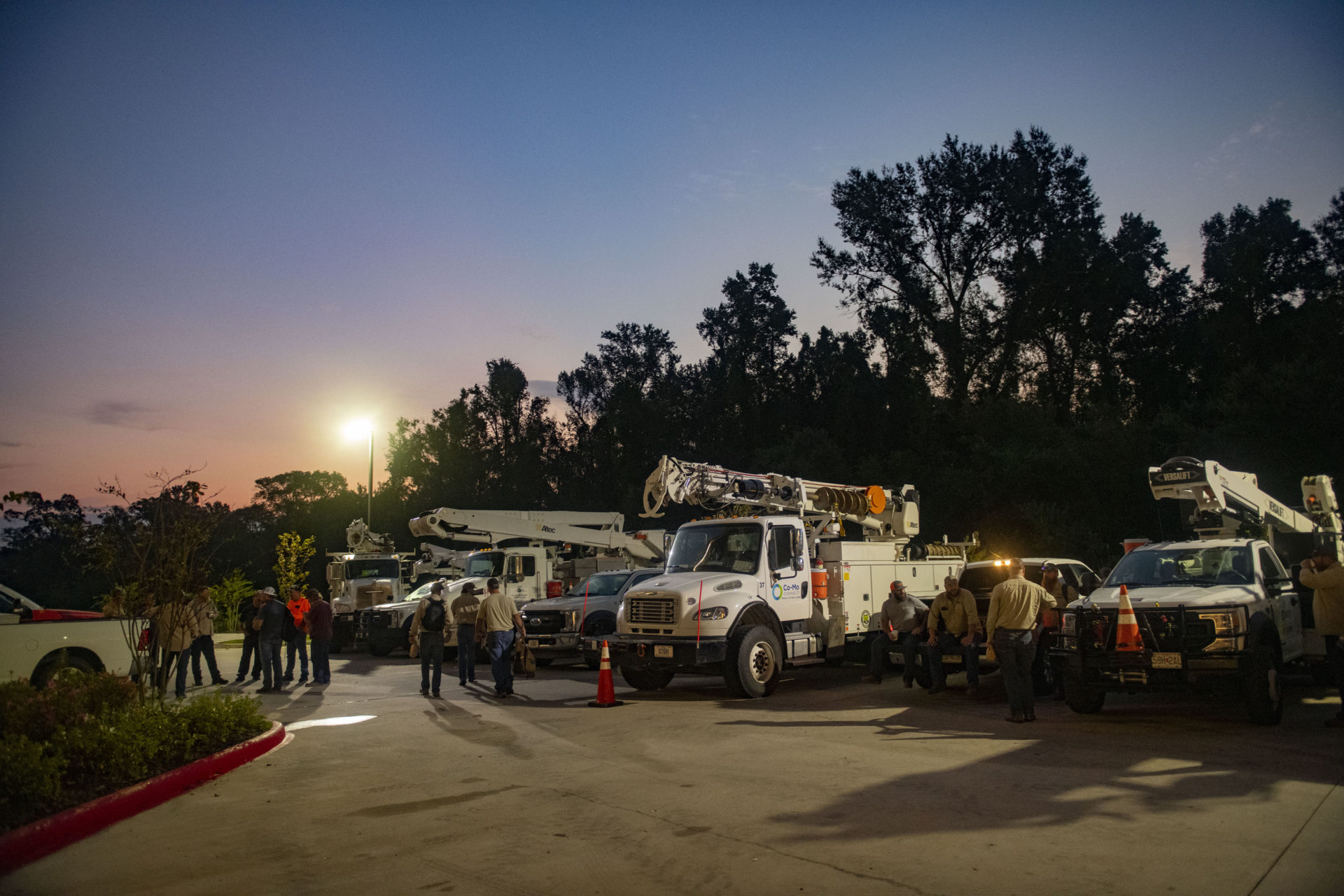 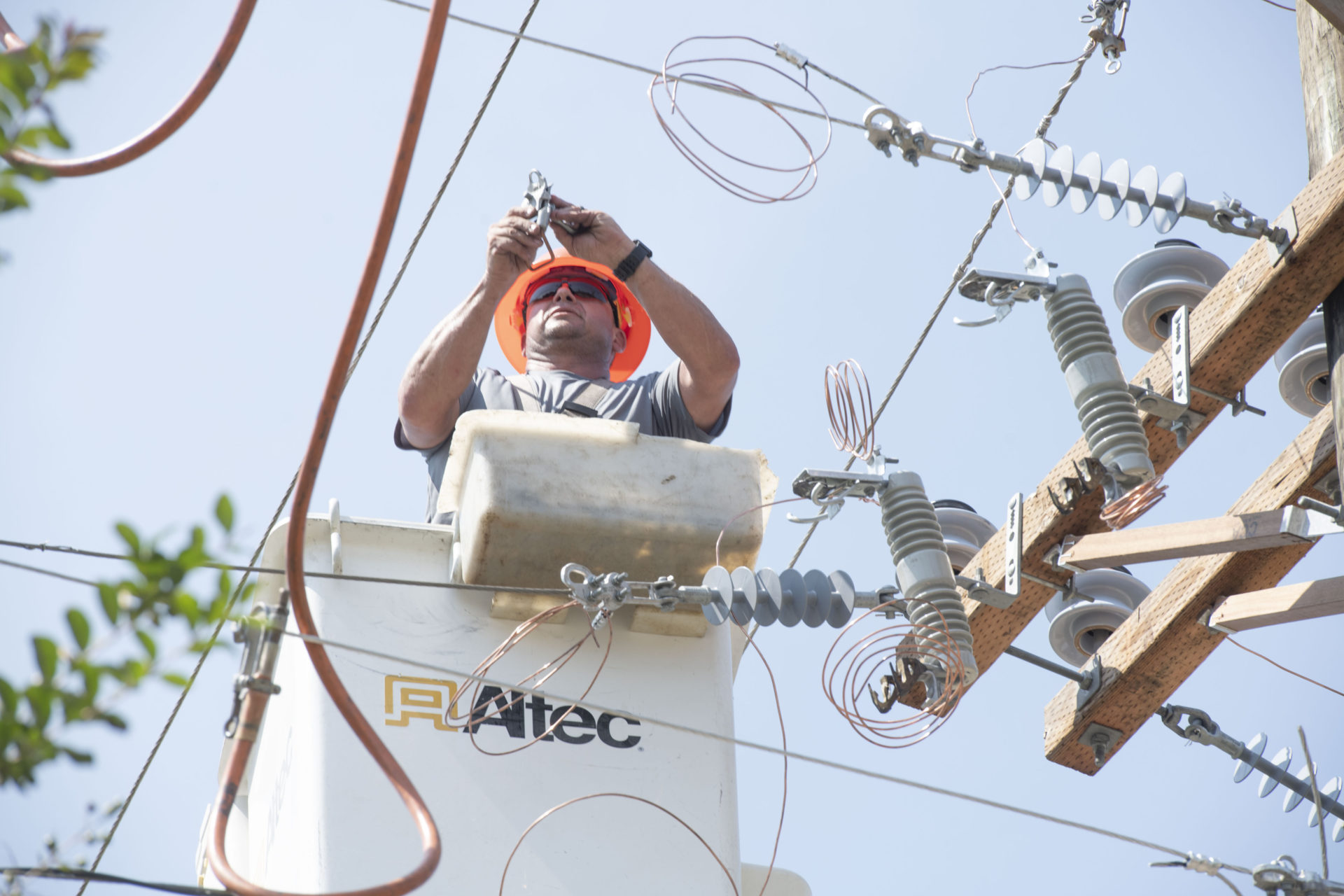 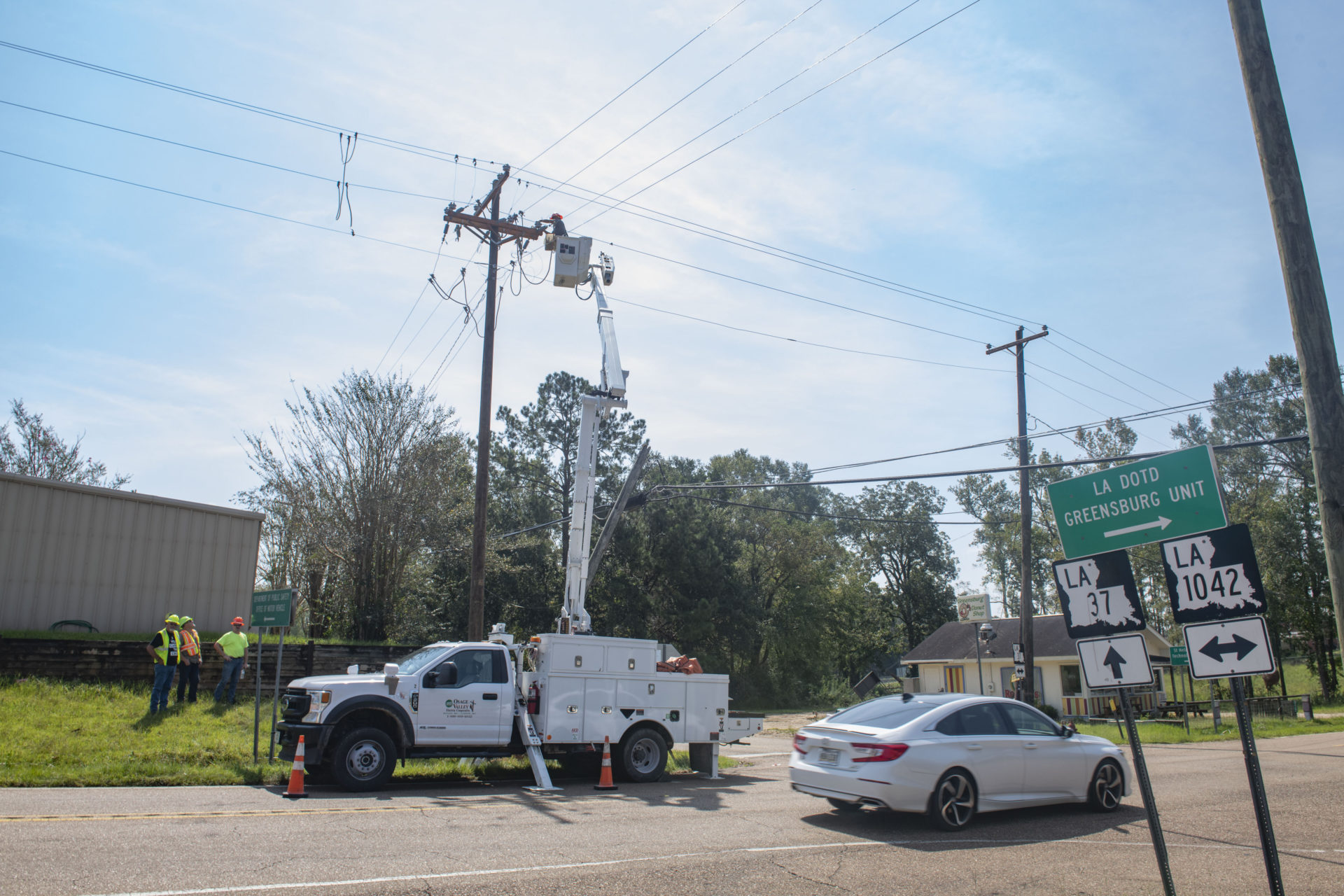 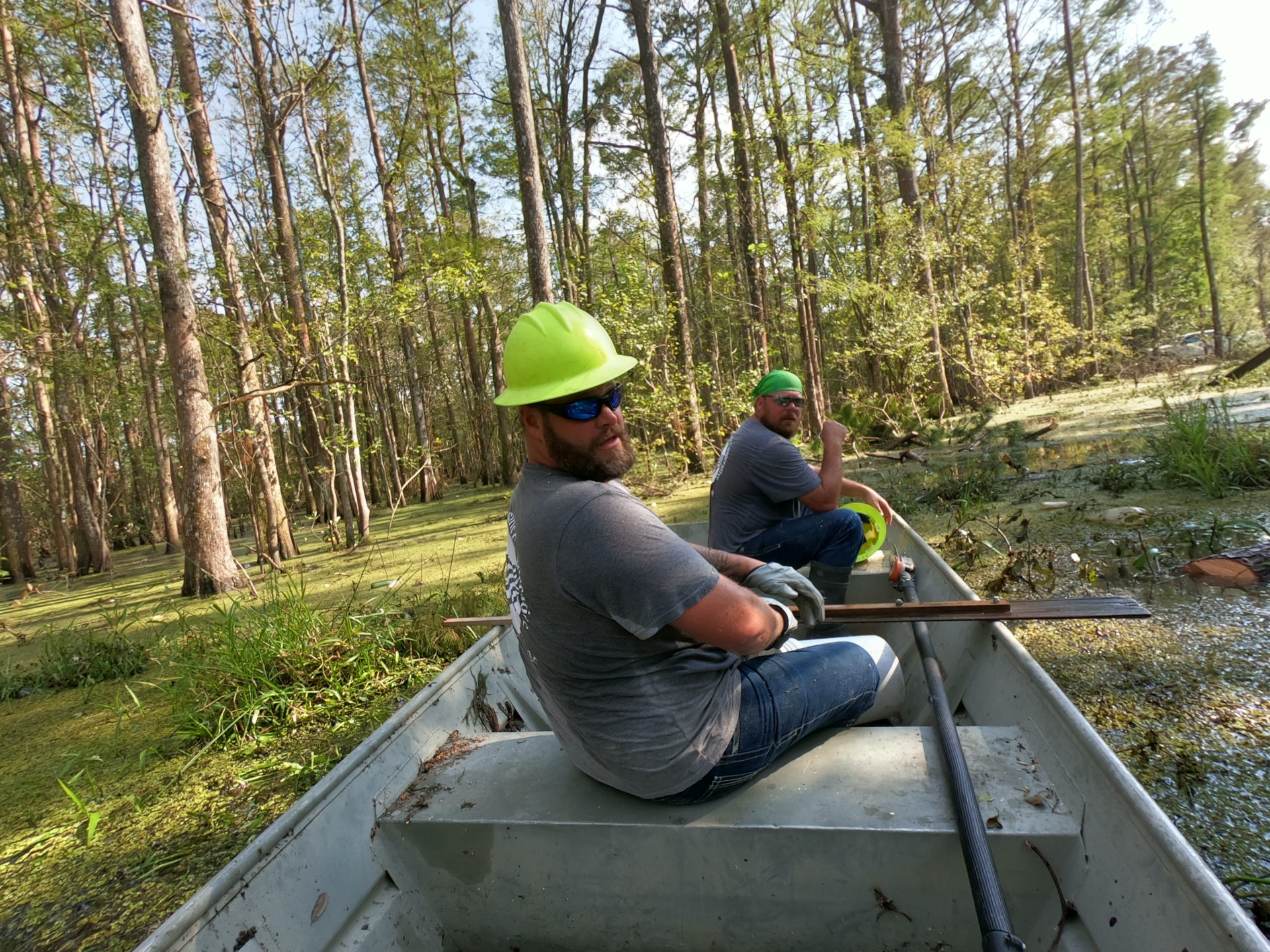 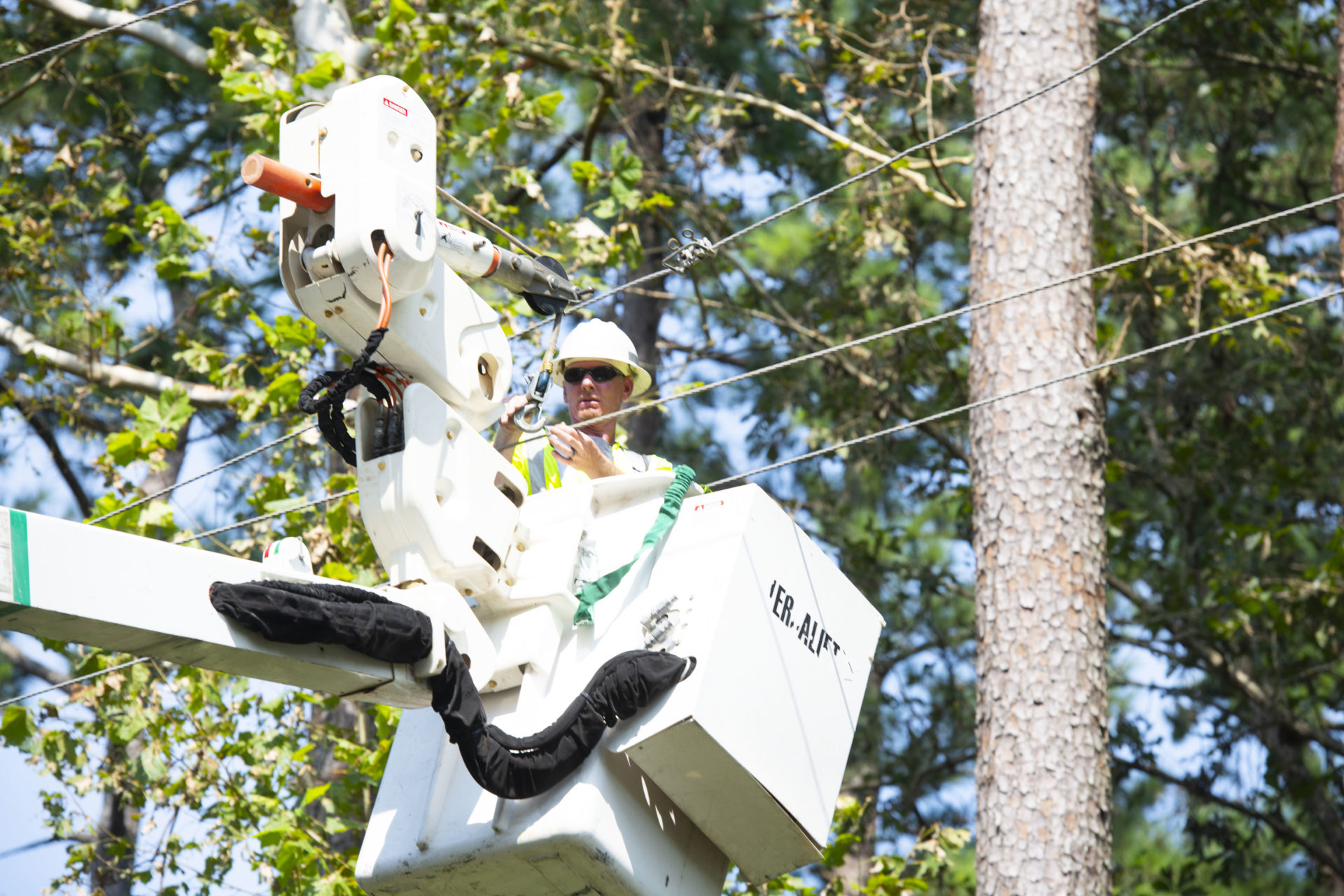 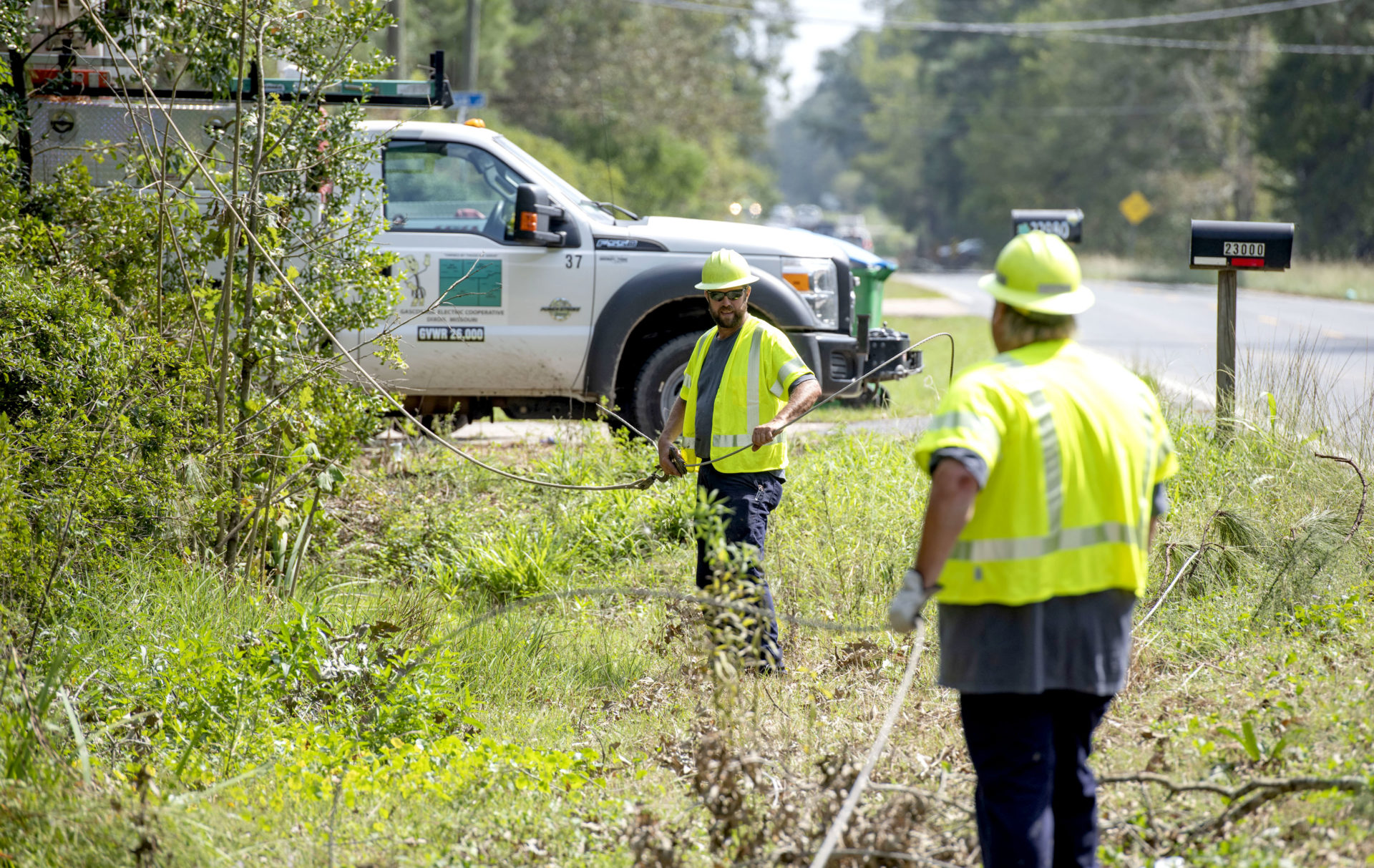 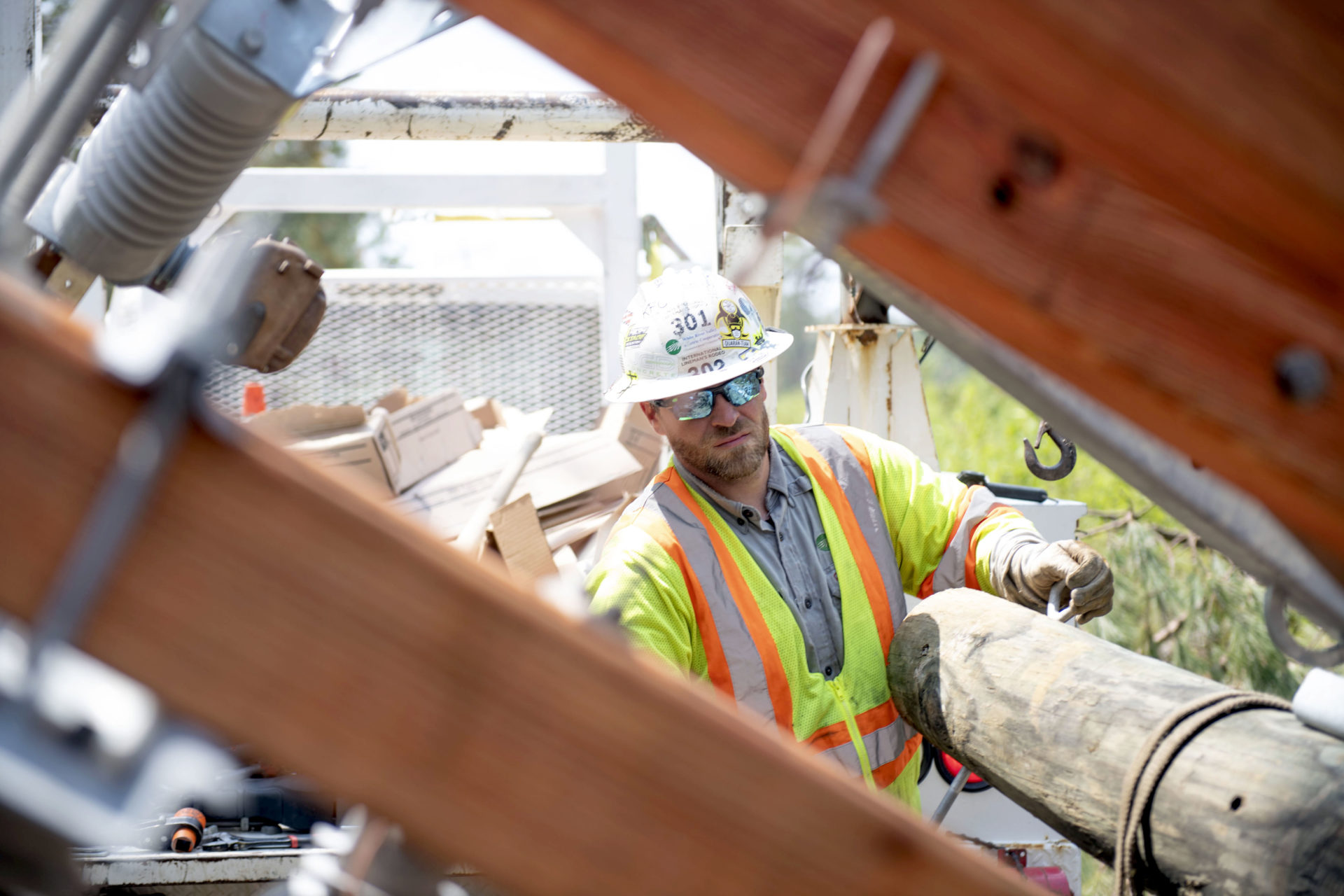 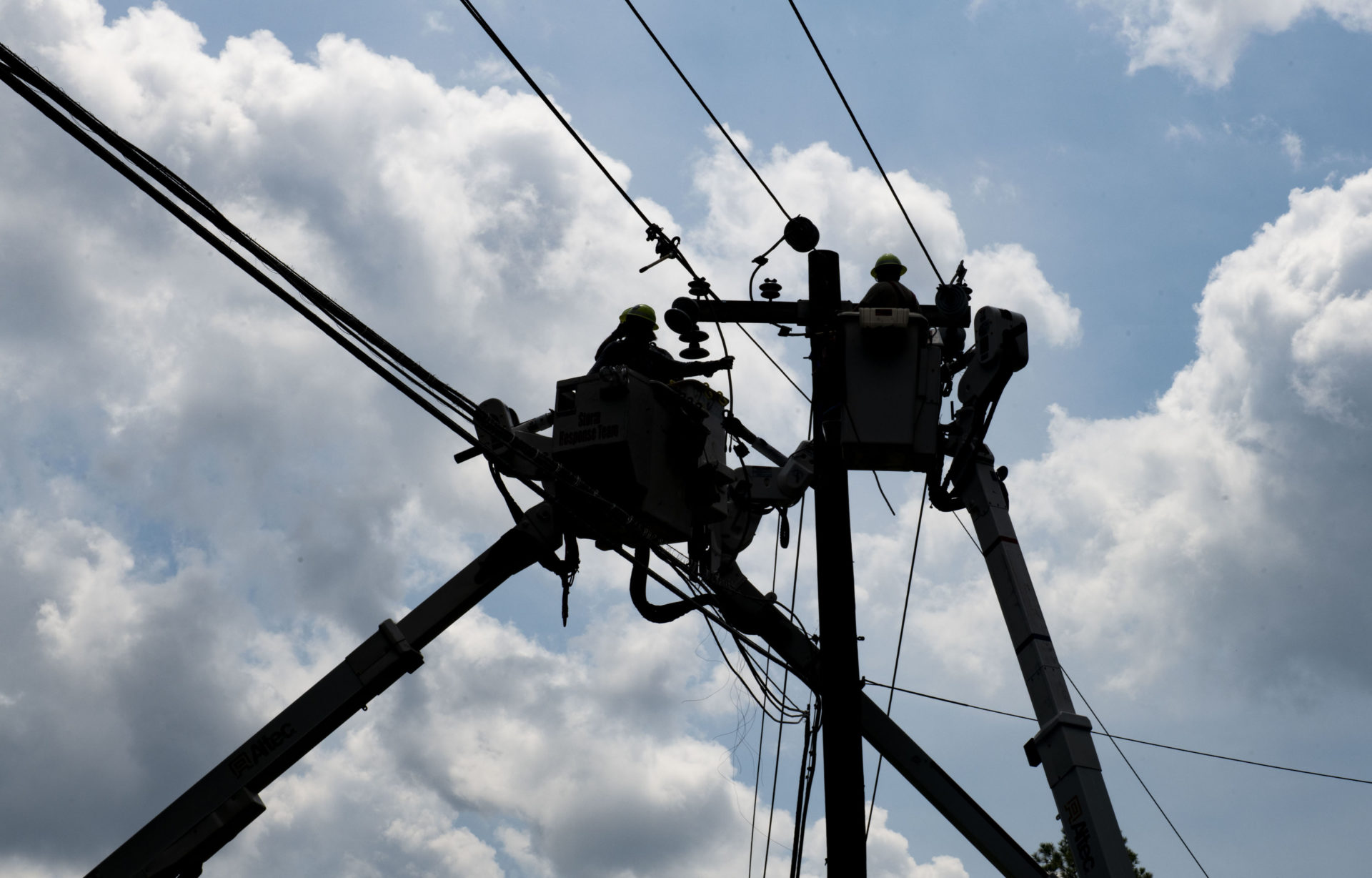 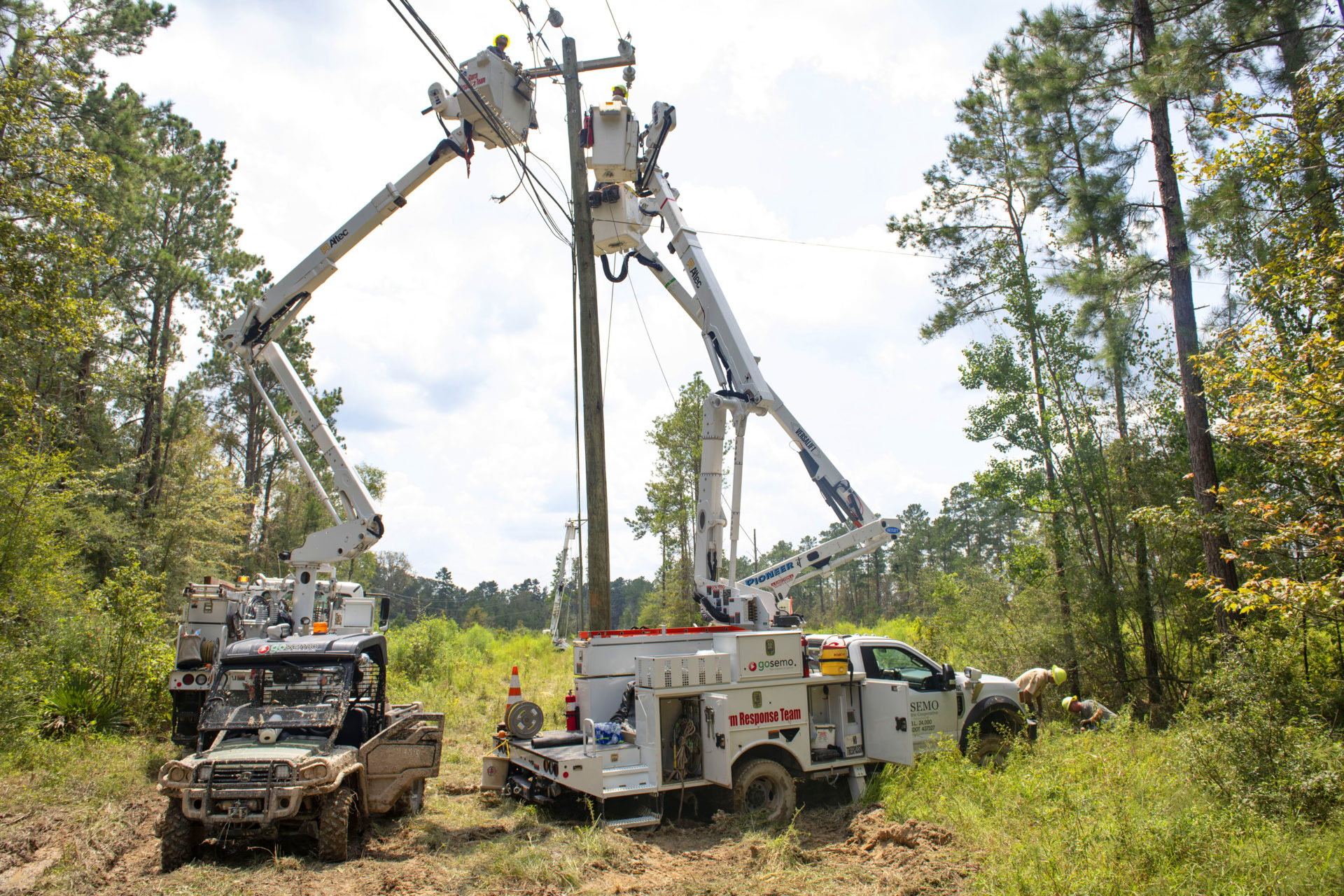 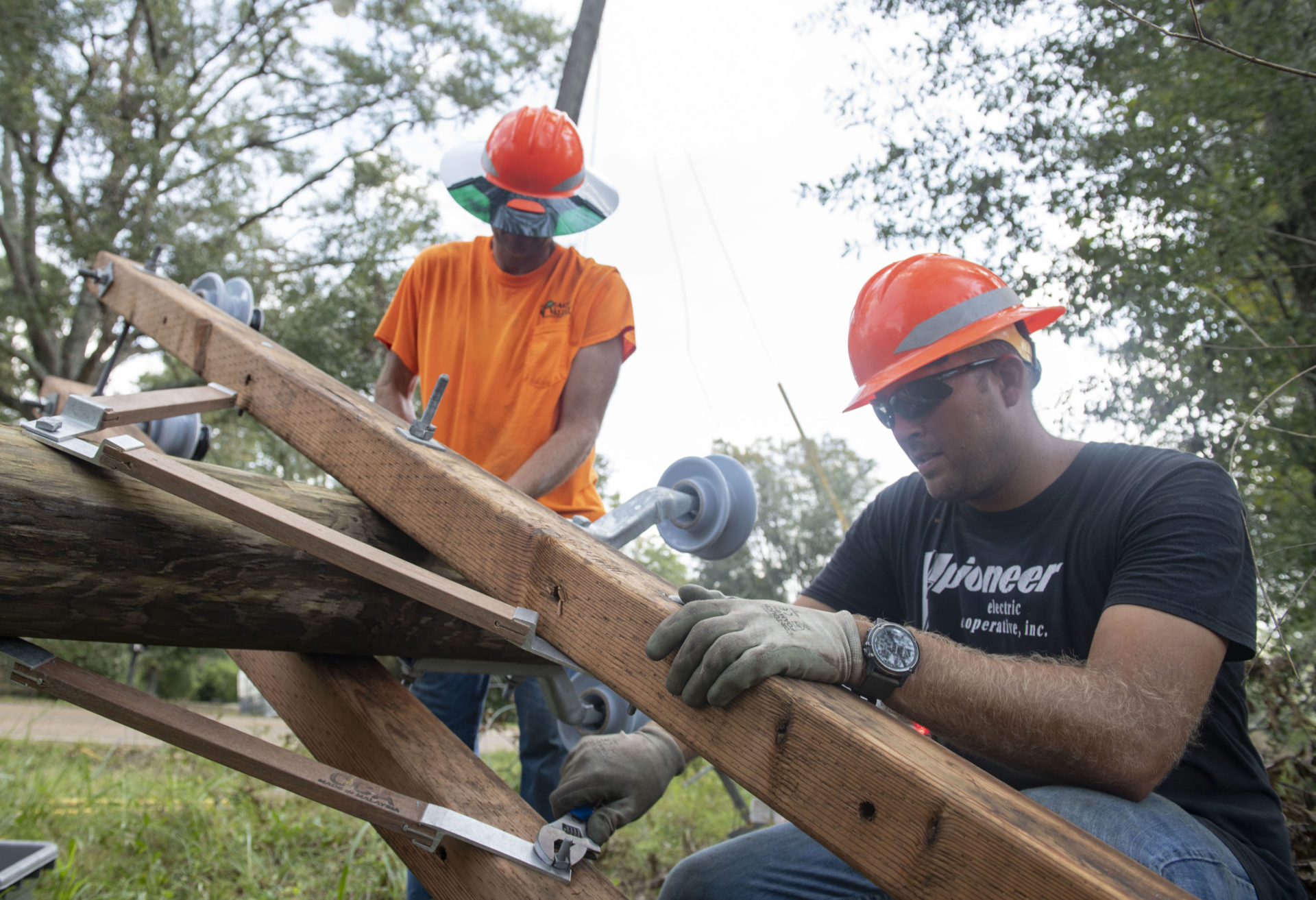 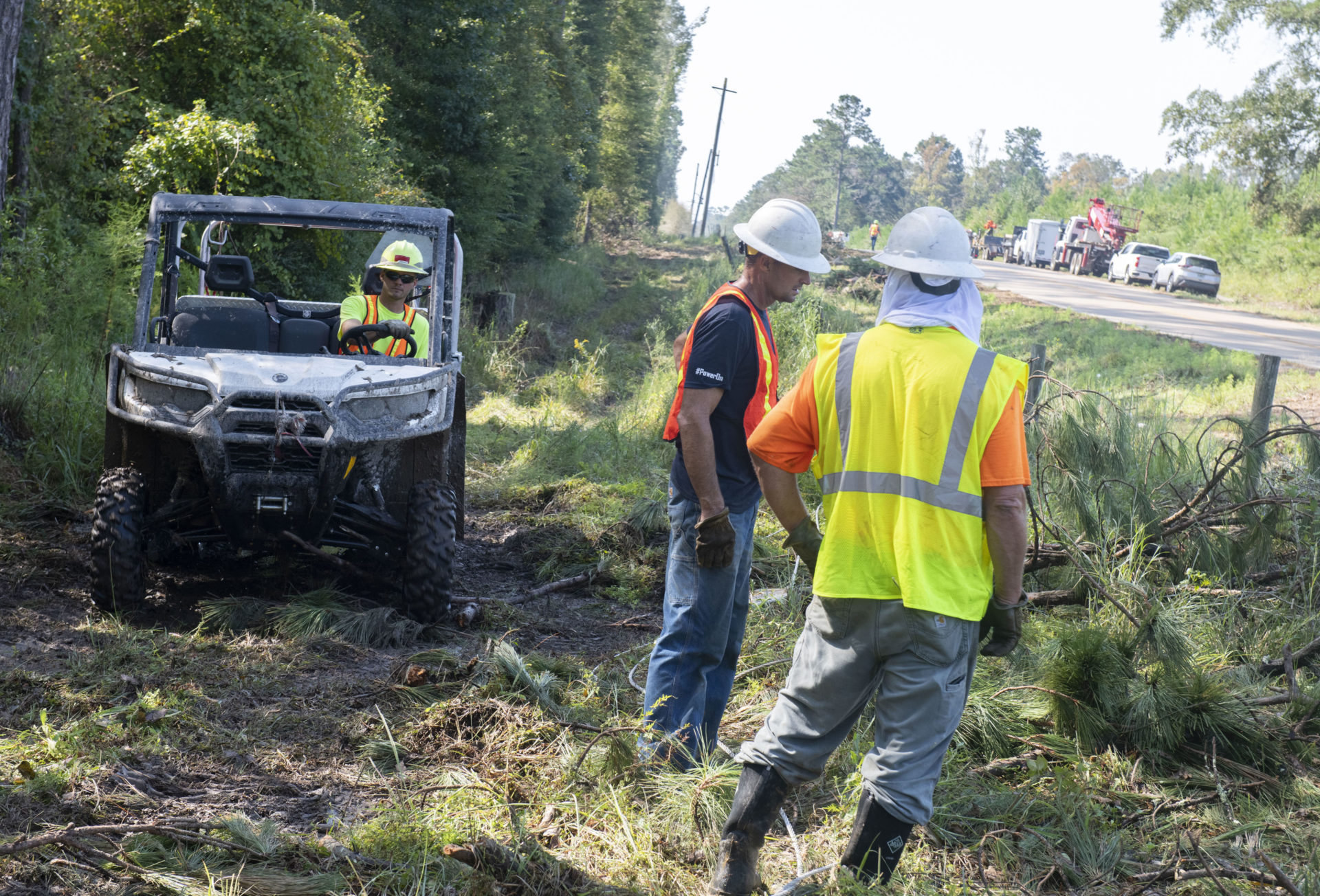 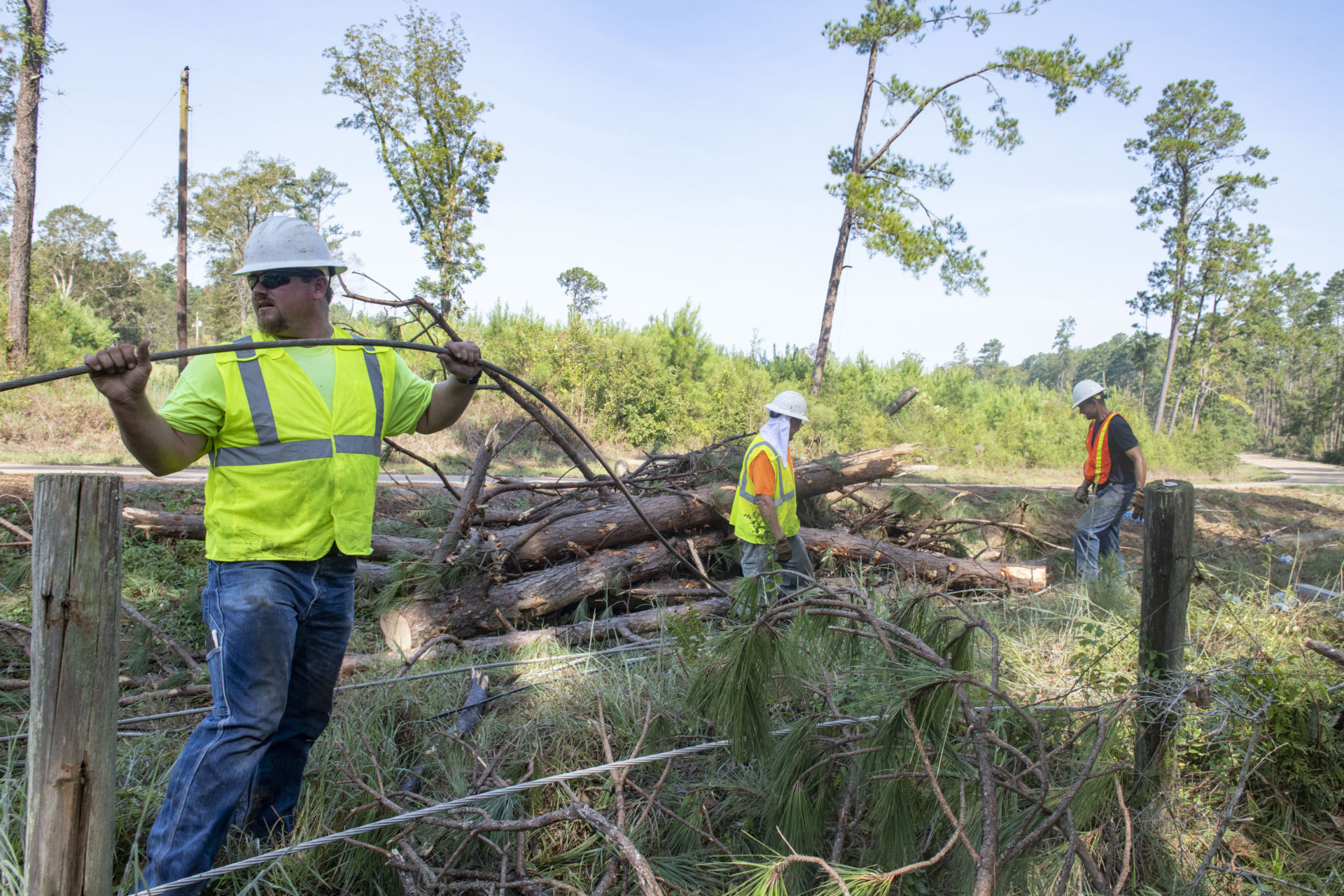 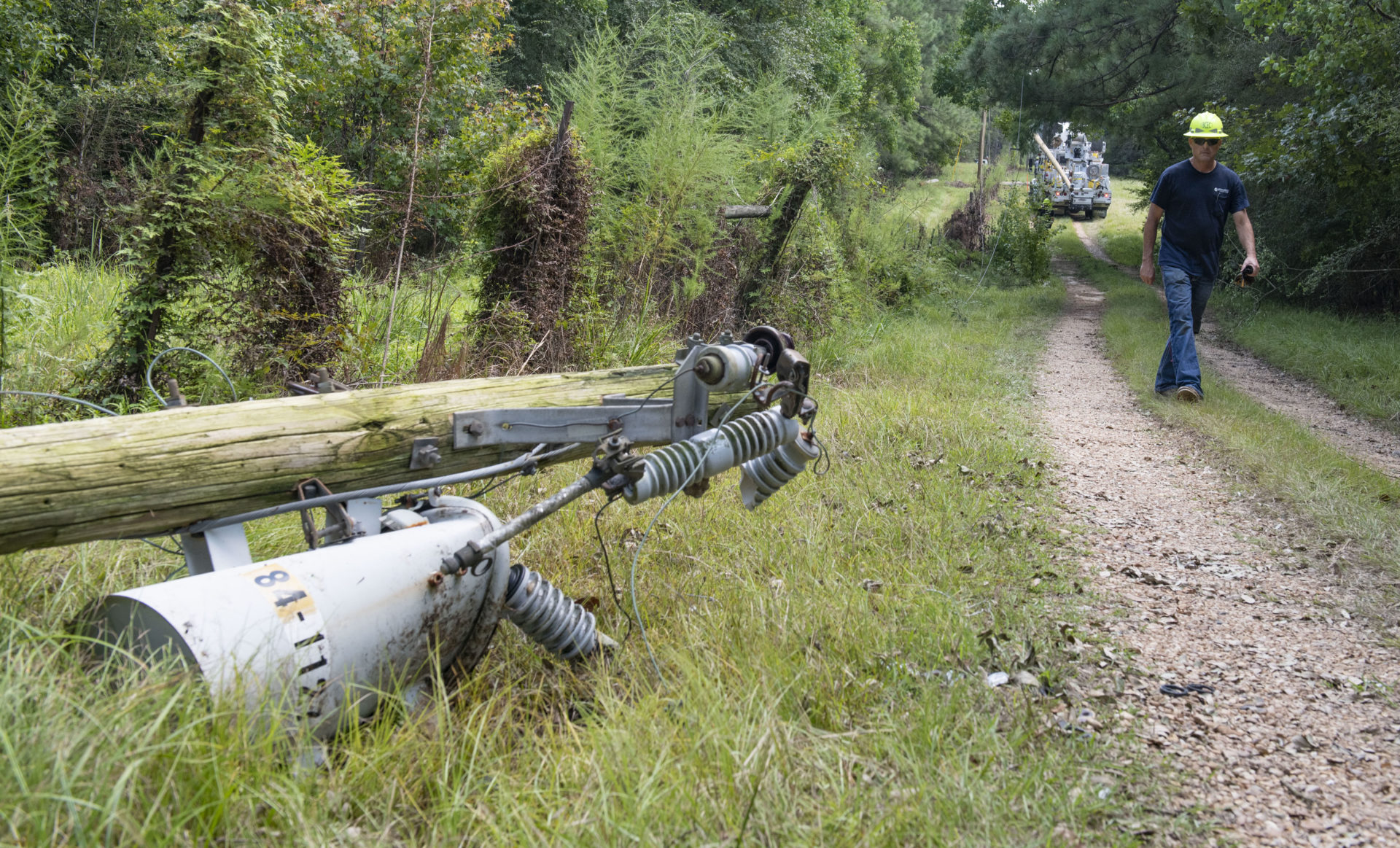 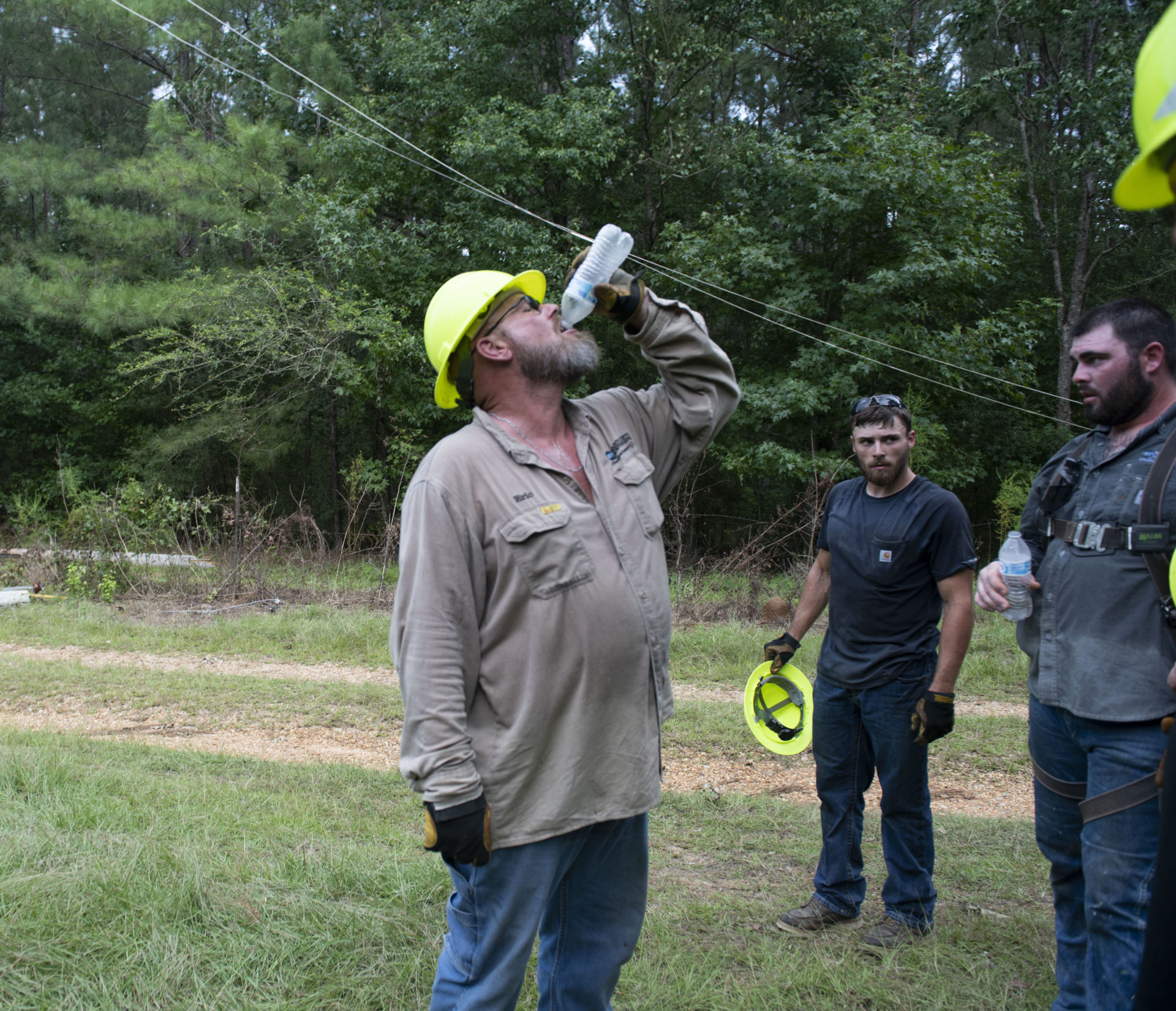 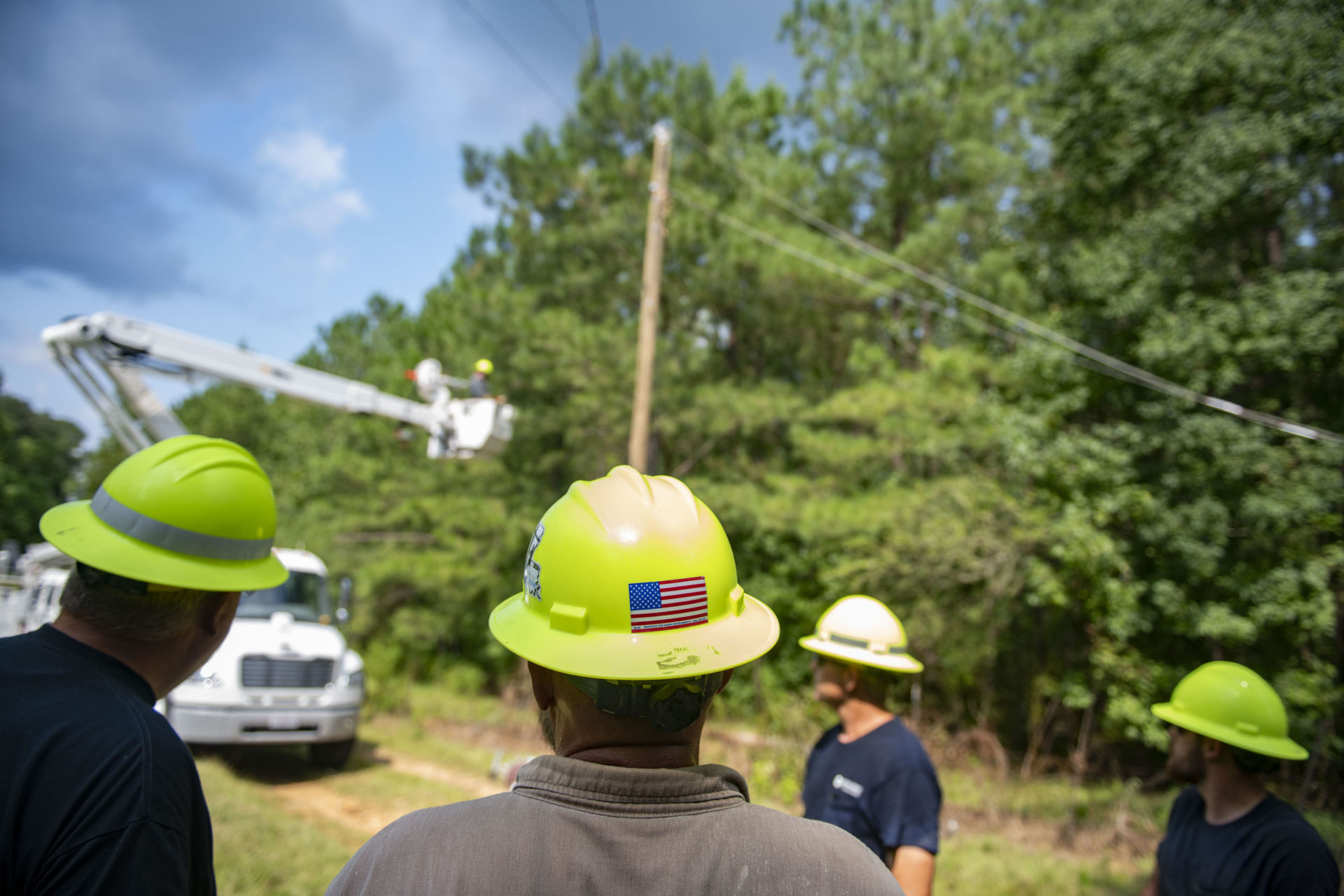 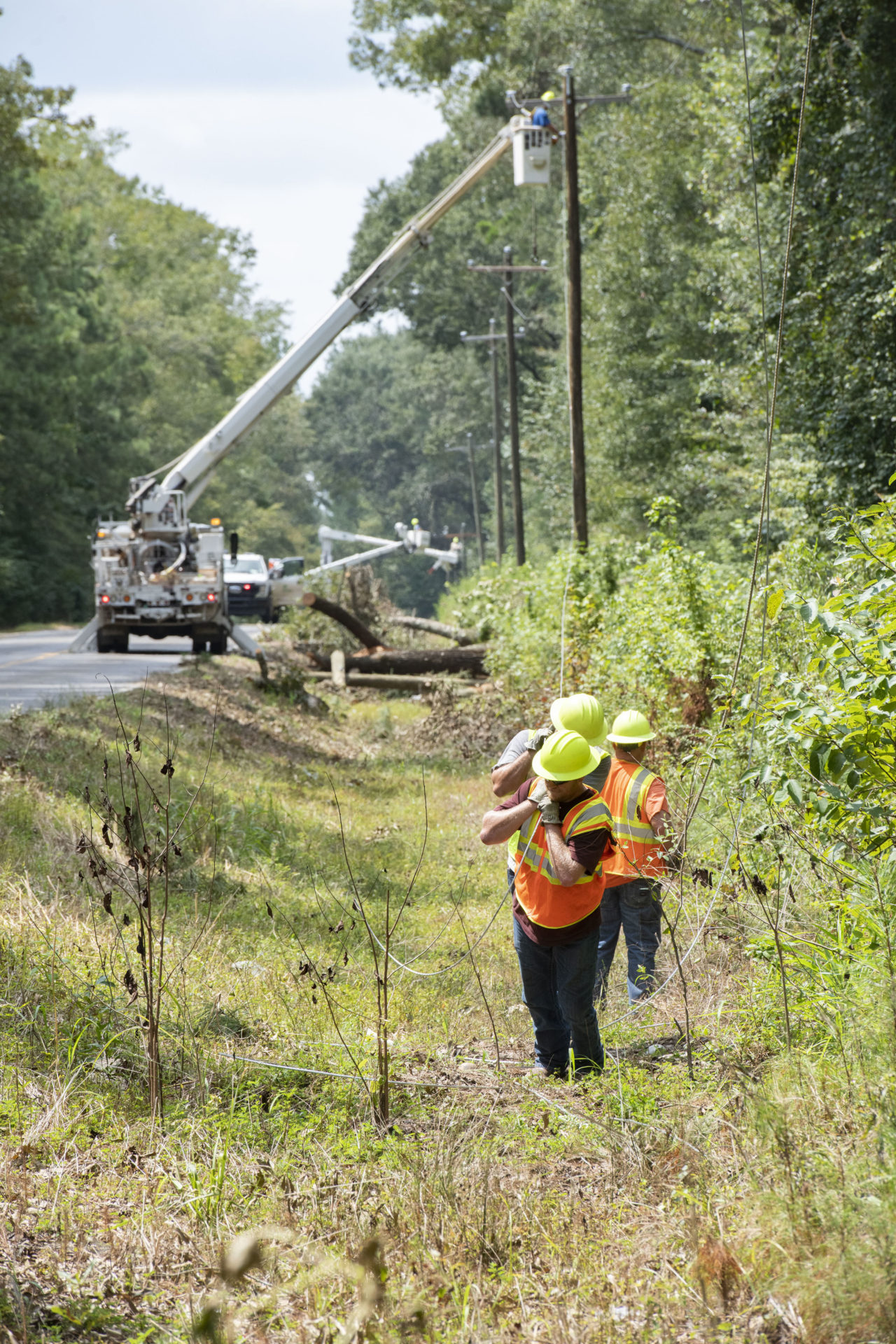 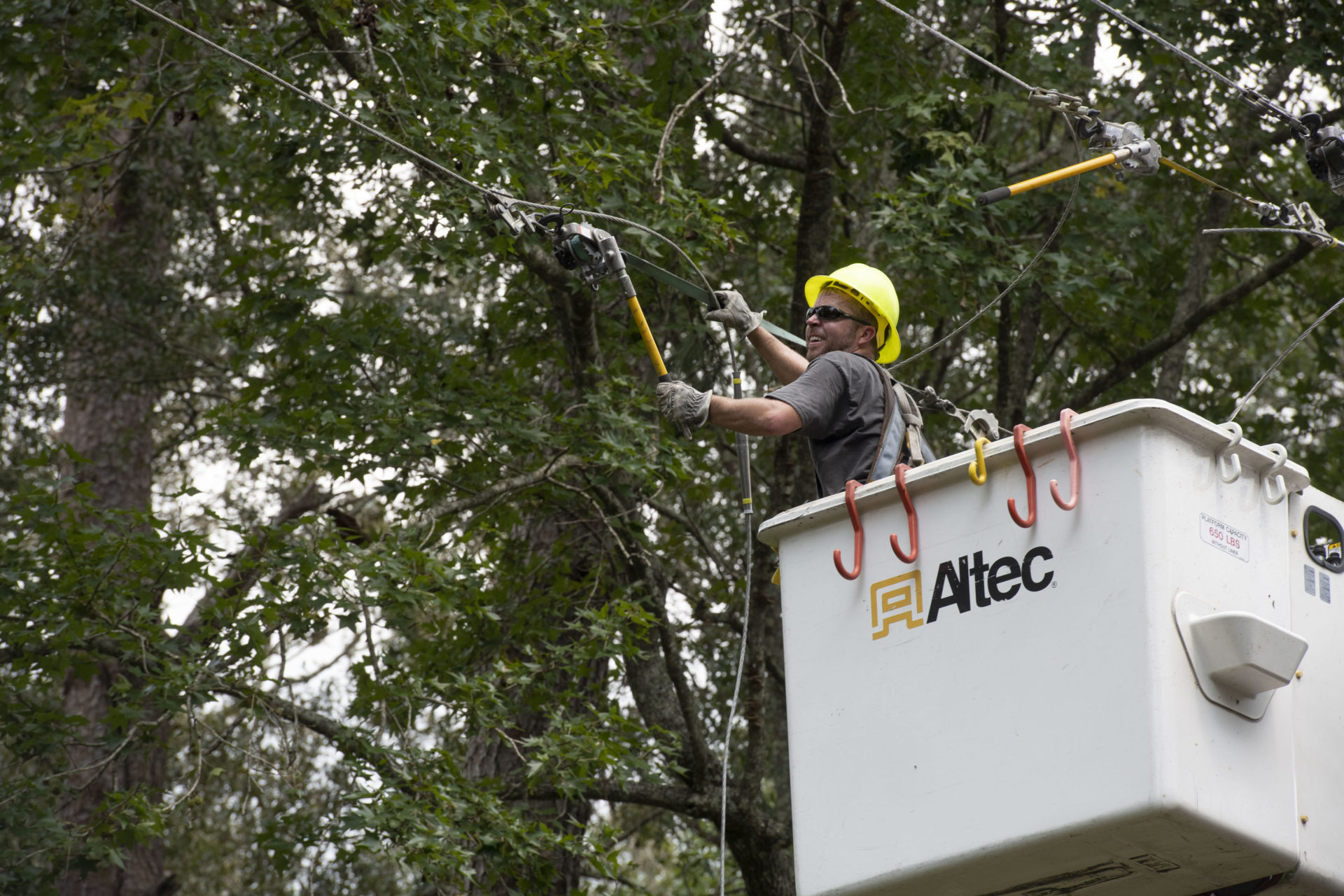 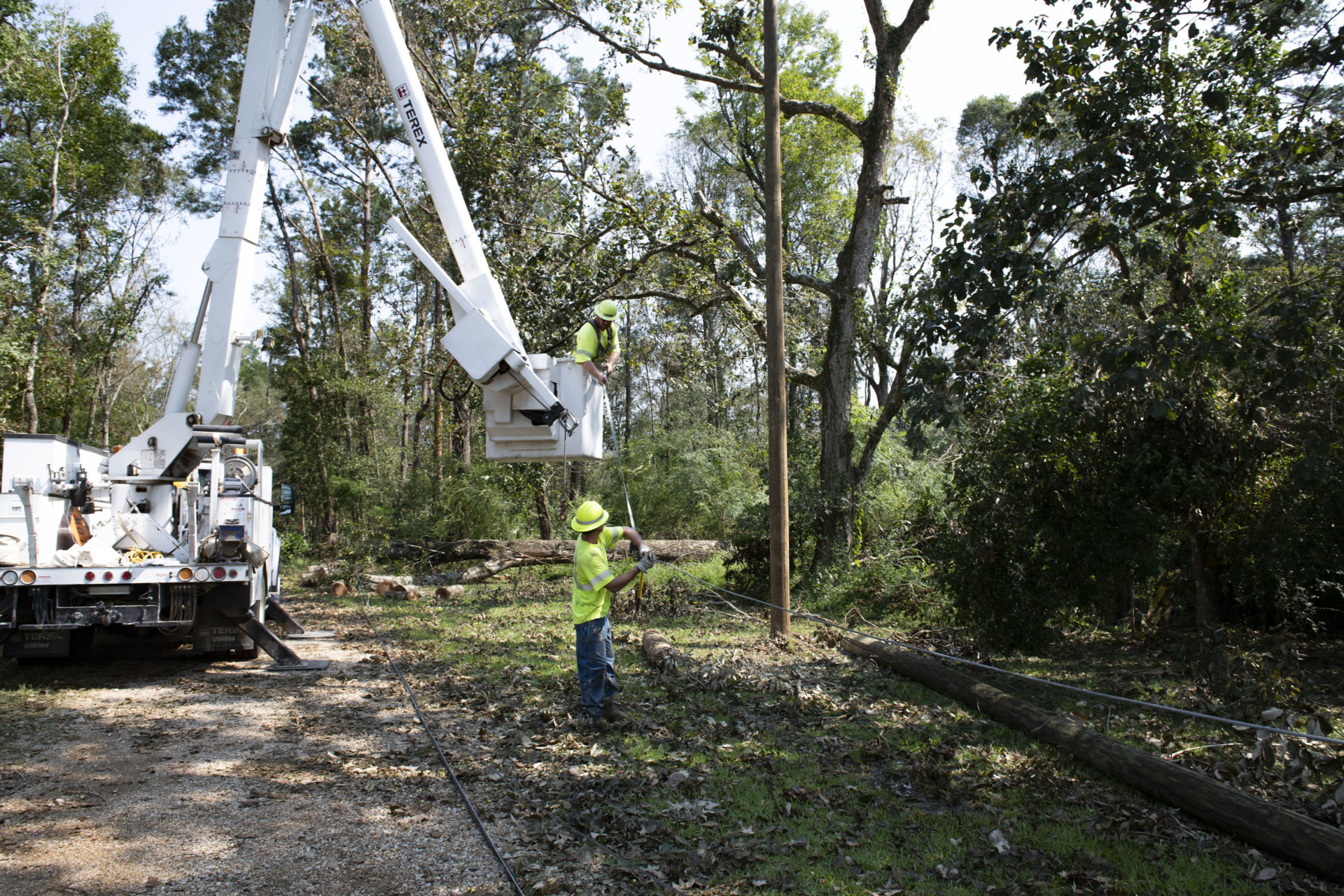 DEMCO is Louisiana’s largest electric cooperative with around 113,500 member-owners. Just after the storm hit, few meters were spinning due to heavy outages. When Missouri’s lineworkers arrived, that number had been shaved down to 86,000.

The workers faced challenging conditions when they arrived at DEMCO. “It was still very wet with lots of flooding,” says Bruce Stumpe, training coordinator with the Association of Missouri Electric Cooperatives (AMEC) who traveled to Louisiana with the crews. “This made it difficult or impossible for trucks to get where they needed to be. Some of our linemen had to wade through floodwaters ankle to chest deep.”

Larger outages affecting the most member-owners are attended to first, helping turn power back on for as many people as possible. After three 16-hour workdays, that outage number had been cut in half to just over 40,000.

DEMCO CEO/General Manager Randy Pierce recognized the Herculean effort that went into turning the power back on.

“Hurricane Ida restoration included the use of up to 900 crewmen working 16-hour days. These guys faced incredible environmental challenges. Many had never experienced Louisiana, known for its heat and humidity — and after a storm, it’s almost impossible to imagine how difficult and dangerous it is,” he says. “We have flooding, the swamps are filled with snakes and alligators and the red ants, flies and mosquitoes are everywhere — these guys were out in the worst of it. What they accomplished is nothing short of miraculous. The storm hit on Aug. 30 and by Sept. 20, crews restored power to 99.9% of all members, weeks ahead of original estimates.”

The lineworkers used everything in their arsenal from boats and utility vehicles to drones and waders in the restoration efforts. Missouri’s crews were housed in a yet-to-be-opened hotel in Baton Rouge. While it lacked hot water, it did have power and they were thankful to have a bed and room to rest for the next day. Breakfast started at 5 a.m. every day with the last dinner being served at 10:30 p.m. After two weeks of work, a second wave of lineworkers left Missouri to relieve their co-workers in Louisiana. The second wave also left their co-op and families for two weeks before returning home one month after Ida made initial landfall at Port Fourchon, Louisiana.

Missouri’s electric cooperatives have a long history of lending a helping hand to its cooperative peers through the Missouri Mutual Assistance Program spearheaded by AMEC. Crews first deployed for hurricane relief efforts in 2004 when the Gulf Coast was hit by Hurricane Ivan and have been doing so since. The favor has been returned, as Missouri co-ops received assistance restoring power following devastating ice storms in 2007 and 2009. The Missouri lineworkers were joined at DEMCO by their counterparts from Kentucky, Oklahoma and Florida.

Their work didn’t go unnoticed as they were buoyed by locals. While Gascosage Electric Cooperative crews were working on lines southeast of Baton Rouge, drivers dropped off drinks for them to enjoy. Tri-County Electric Cooperative lineworkers were treated to a rib-eye lunch between changing out poles and Black River Electric’s crew received burgers and fries from a local restaurant.

That appreciation continued after returning to the Show-Me State. Several Missouri lineworkers received cards in the mail at their co-op thanking them and their families for their sacrifice. That included Yvette Surla’s classroom at Dutchtown Middle School, just south of Baton Rouge. Her students sent cards to at least four different Missouri co-ops.

She added a note from herself to the package sent to Three Rivers Electric Cooperative. “Our students made cards to express their gratitude for everyone involved in the recovery of the area,” the educator wrote. “We want to make sure the families of those who have come to our aid know just how much we appreciate you, too!”