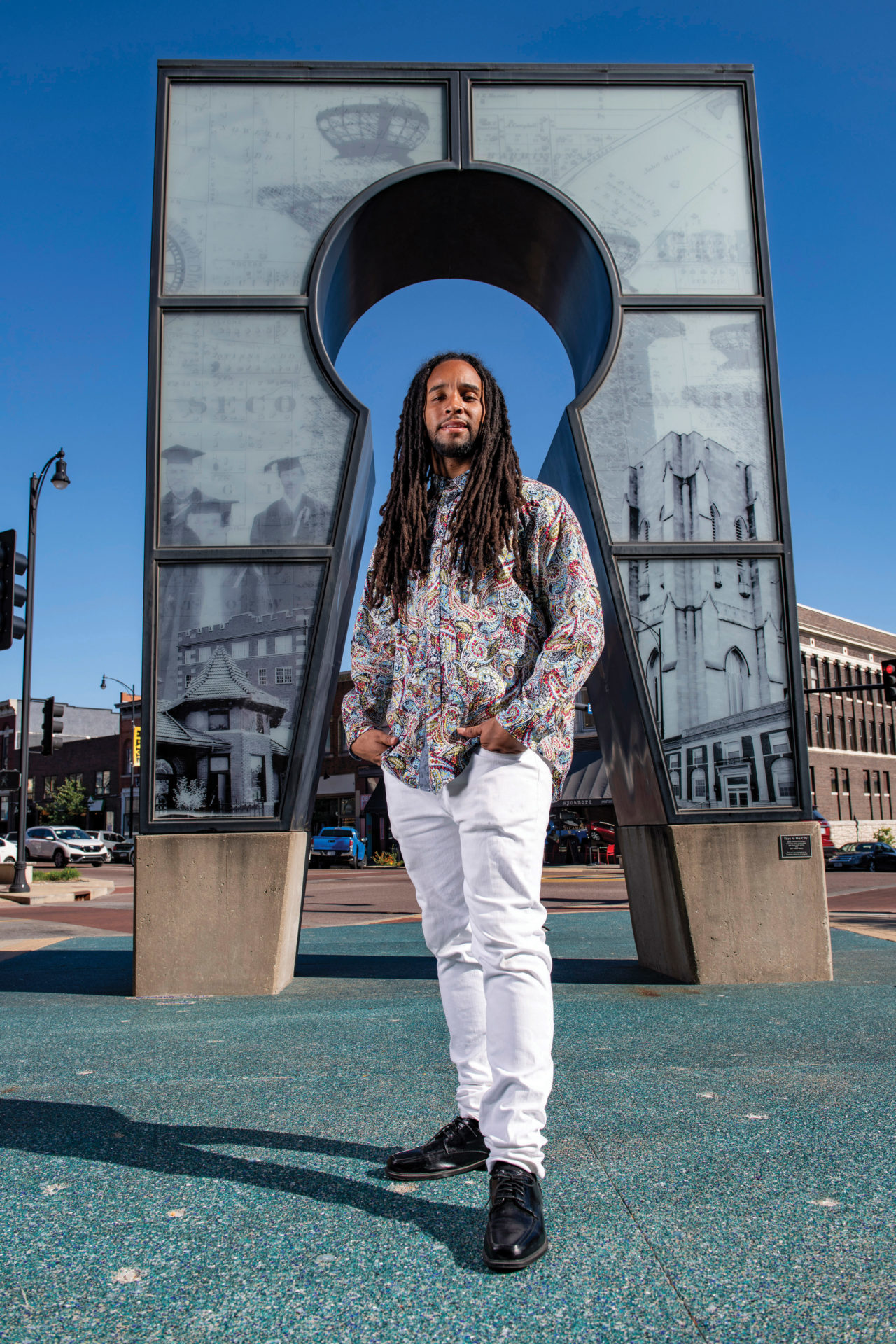 Columbia rapper NicDanger plans a better future, one track at a time

Growing up in Columbia, Nicholas Rodriguez, or NicDanger, as he’s better known around town, felt like the odd kid out around his peers. The 32-year-old’s rise from being a frustrated grade schooler to sharing the stage with legendary acts including Bone Thugs-N-Harmony and hip-hop supergroup Mount Westmore might seem unbelievable to some people, but Nic isn’t one of them.

“I knew as a kid,” he recalls. “It’s like a subconscious, spiritual thing. I knew I was going to become an artist.”

The ingredients were all there. With a mother from St. Louis and a father from Venezuela who taught himself English, Nic not only had a culturally diverse childhood steeped in the importance of self-motivation and hard work, but he also had an eclectic soundtrack to score it. The artist recalls Michael Jackson, Chaka Khan, Talking Heads and Tears for Fears as favorites in the household, and with multiple musicians in the family Nic’s own musical awakening was inevitable.

The “spark,” as Nic refers to it, came during a fourth grade poetry unit. “I had this composition notebook and it just kind of tied everything together. It was like learning

a new language or being born again all at the same time.

“I was more of an introvert until that time period,” Nic adds. “After that, people who couldn’t necessarily relate to me before knew exactly what I was saying. Rather than saying, ‘I’m angry’ or ‘I’m happy,’ I was able to put it together in a poetic way where they felt I was angry or happy.”

Not long after the words began flowing, Nic found a love for the arts and started a band, Disrupted Perceptionz, which blended his love of rap and rock music. In 2009, he began officially performing as NicDanger. Two years later, Nic found himself opening a gig at The Blue Note for rapper Yung Joc. In 2015, he wrote an anthem, “Welcome to the Zou,” for the University of Missouri’s football team. Although he’s played all over the country with rappers such as Machine Gun Kelly and Tech N9ne, Nic isn’t blinded by the spotlight. He continually participates in awareness events and performs benefit shows to support local nonprofits such as Rainbow House and Granny’s House as well as one organization that is painfully close to his heart, the American Foundation for Suicide Prevention.

“I know a lot of people who have mental illness. It’s a big thing, it’s terrible and a lot of people suffer in silence,” says Nic, who lost a close friend to suicide. “That’s one thing I really want to change, starting with the music. There’s unity and loving yourself and having fun, but at the same time bringing awareness to it. That’s my intention, to help people live longer with better mental health.”

In the midst of touring, recording three separate albums for release in 2023 and producing commercial music and jingles for local companies, Nic has another goal on the horizon. As a fan of dance, painting and martial arts as well as music, he hopes to create a local performing arts school with an emphasis on African and world history.

“I believe in unifying cultures and ethnicities through music and stories and experiences,” Nic says. “That’s what ‘NicDanger’ is.”

Another guiding force for the artist is fatherhood. Nic has high standards for his kids, A’nika and Legend, and wants to pass on not only the values he learned from his parents and family but also the lessons learned from making his way in the entertainment industry.

“It’s in the best interest of everybody to try and have some understanding of other people and ideas. You may not agree, but then you can understand where people are coming from and that’s why looking at things objectively is so important,” Nic says. “It’s also individualism: Can you be yourself and people respect you? People can tolerate anything. I don’t want to be tolerated. I want to be accepted.”

For more information on NicDanger or to hear his music, visit www.nicdanger.com.