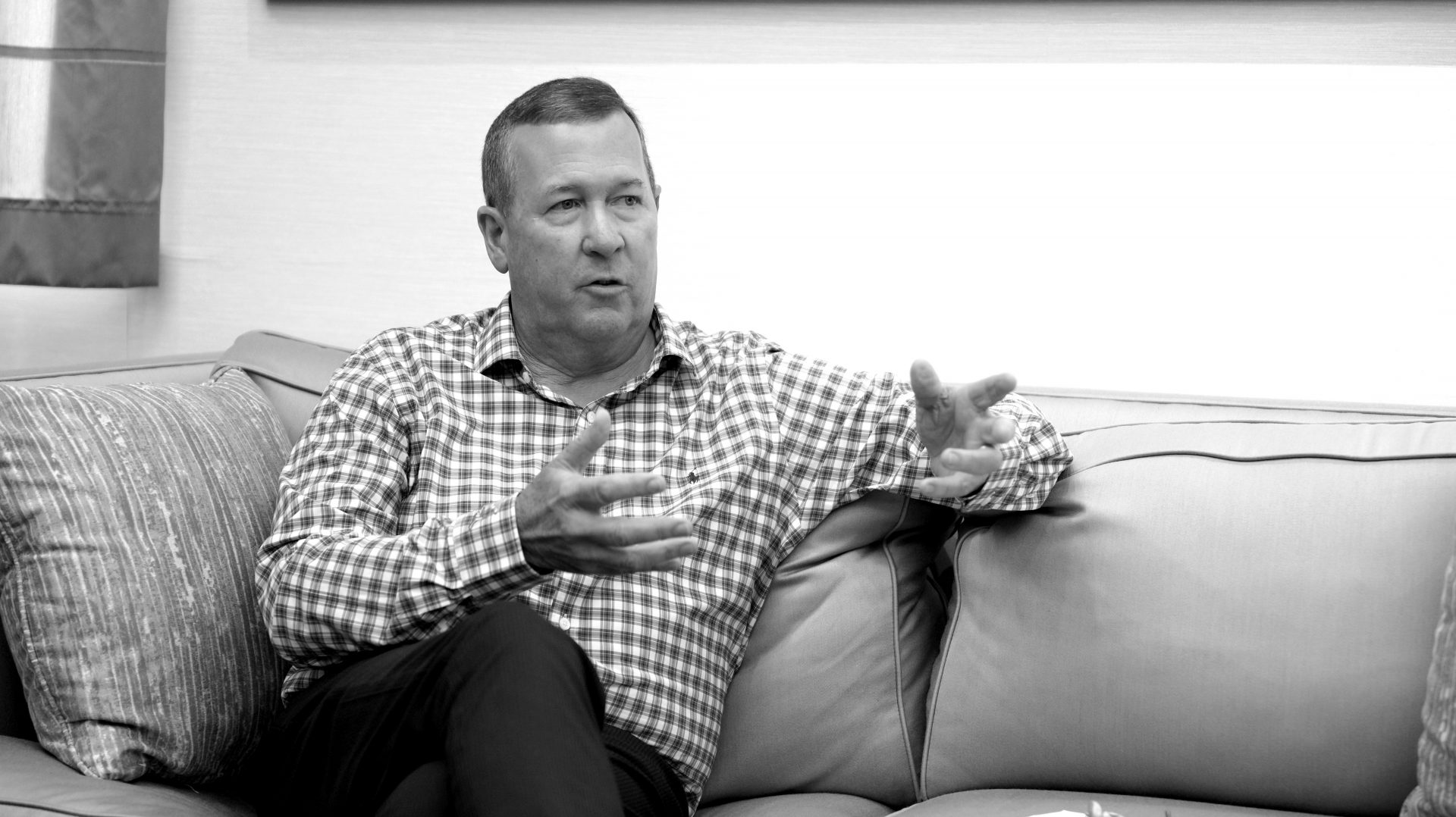 David Tudor, the leader of Associated Electric Cooperative, the power generation cooperative producing thousands of megawatts of electricity for rural Missourians, discusses opportunities, challenges and a bright future ahead for rural electric cooperatives.

This year we’ve seen national headlines about concerns over the reliability of electricity in America. Are those concerns valid?

David: Are reliability issues real? The answer is yes. During the past 20 years in our industry, there has been a shift away from reliable, dispatchable coal and nuclear generation, primarily due to environmental and safety concerns and the push toward new, renewable resources that have been subsidized by the federal government.

The problem is companies across the electric utility industry are being forced to retire baseload power plants that are the foundation of reliable power supply and they are not doing so on their own terms or timetables. The timetables are being pushed hard by the current federal administration, backed by the media, primarily due to concerns around climate change. Frankly, the dates being put forth to close coal power plants are arbitrary and have no modeling or engineering analysis to support them. The decision-makers in charge of those types of goals are not the ones accountable for negative consequences — like diminished reliability.

This past summer heat waves hit early. How did Associated keep the power flowing?

David: The situation was definitely tight, but we kept the lights on. We got surprised by an early summer heat wave. The heat came in earlier than normal at record highs and it persisted. Normally, in late July to early August we would see our hottest temperatures, which means the highest energy loads. This year, that heat started in mid-June and kept going for weeks. During that early heatwave, our biggest challenges were planned and unplanned outages underway at some of our coal and natural gas plants.

To be clear, our generating fleet is normally robust enough to meet the energy needs of the system during summer and winter. But with some of the coal and natural gas units offline for forced repairs and others undergoing planned maintenance, we had little room for error. We operated to get every megawatt we could out of our generating fleet and relied more than we usually would on third-party power purchases to supplement our own generation. And we did ask our member-owners to help us conserve electricity and we appreciated those efforts. That type of ask is rare and we never want it to become the norm.

Associated’s current generation portfolio is diverse: coal and natural gas plants, wind and hydropower. What future changes can we expect?

David: The biggest change will be adding megawatts to our existing fleet to shore up reliability for the future. Over the past few years, as other regions have been retiring baseload power plants, we felt there could be a scarcity of generating capacity across the entire region that potentially could impact us. Following notification to the appropriate regulators, we’ve been adding megawatts to our existing natural gas fleet, which is the most efficient and cost-effective way to add capacity.

For example, Unionville Power Station, a liquid-fuel plant, was idle and not needed for many years, but we are bringing its 44 megawatts back online soon. Improvements at our existing natural gas plants are adding incremental but valuable generating capacity. Every megawatt we add of natural gas is good for members and the environment because it is dispatchable and roughly 50% cleaner than coal generation.

To that point, we are executing the early phases of a plan to add up to 900 megawatts of additional natural gas generation to our fleet. These additions are to address new load growth on our system, shown very clearly in our February 2021 energy peak — which was an all-time high for Associated — and the peaks this past summer. I expect that new gas generation to be available in late 2026.

Some advocate for renewable energy now at the expense of fossil-fuel generated electricity.  How do you answer people who favor that approach?

David: We are looking for generation technologies that actually work and can be financed to replicate the reliability of a coal power plant. That technology doesn’t exist today, anywhere in the world. Companies are retiring coal plants, claiming they will reduce carbon significantly or be carbon-free by a date certain, but they do not have any plan to replace dispatchable megawatts with a technology that is proven.

In a word, that is stupid. Associated is not in the business of doing things that are stupid. We’ve proven we aren’t against renewable energy, but we do oppose bad decisions that will make our system less reliable and less affordable for members. Associated is already a leader in wind development in the Midwest with 1,240 megawatts. The most recent addition of about 470 megawatts came online in 2020. We also have modeled the possibility of adding solar to our portfolio and have been searching for viable sites on our system where we could add solar projects. The supply chain shortages and issues with production of solar panels have increased prices significantly and slowed that process down. We think the right thing to do for now is to wait until costs settle down. When it’s the right price and the right place, which means “good for members,” I think you’ll see us pursue some level of solar development.

Looking into the future, are there any cutting-edge generation technologies you’re excited about?

David: Excited is a relative term — many ideas sound great in the concept stage, but the devil’s in the details, as they say. Are they reliable? Are they affordable? Earlier this year, we signed an agreement with a company developing small modular nuclear reactors. Three large developers are working to put this technology online. Our agreement with one of these developers is basically to observe the process as this technology develops and is put into production. The earliest one of these units could be online is 2028 and the regulatory process around any sort of nuclear project can be a wild card. Technologies like this aren’t near-term solutions, but we’re staying involved to see how it develops.

As a three-tiered cooperative system, which is not common in the industry, talk about how that system works. Pros and cons?

With all of the challenges ahead, do you think the future is bright for electric cooperatives?

David: Absolutely. Electric cooperatives are well positioned not only to survive but to continue to thrive as we meet the challenges ahead. The business model for electric cooperatives works. When the customer and the shareholder are the same person, goals are in alignment. At an investor-owned company, there is a natural conflict between the customer’s electric costs and the shareholder’s desire for a maximum rate of return on their investment.

The customer is paying to make a shareholder happy, and the customer will always pay more in that scenario. In our case, the members are our shareholders and they want affordable, reliable and responsibly produced electricity. That alignment of mission and values between those we serve and the three-tiered system is the secret to success today and, I believe, well into the future.