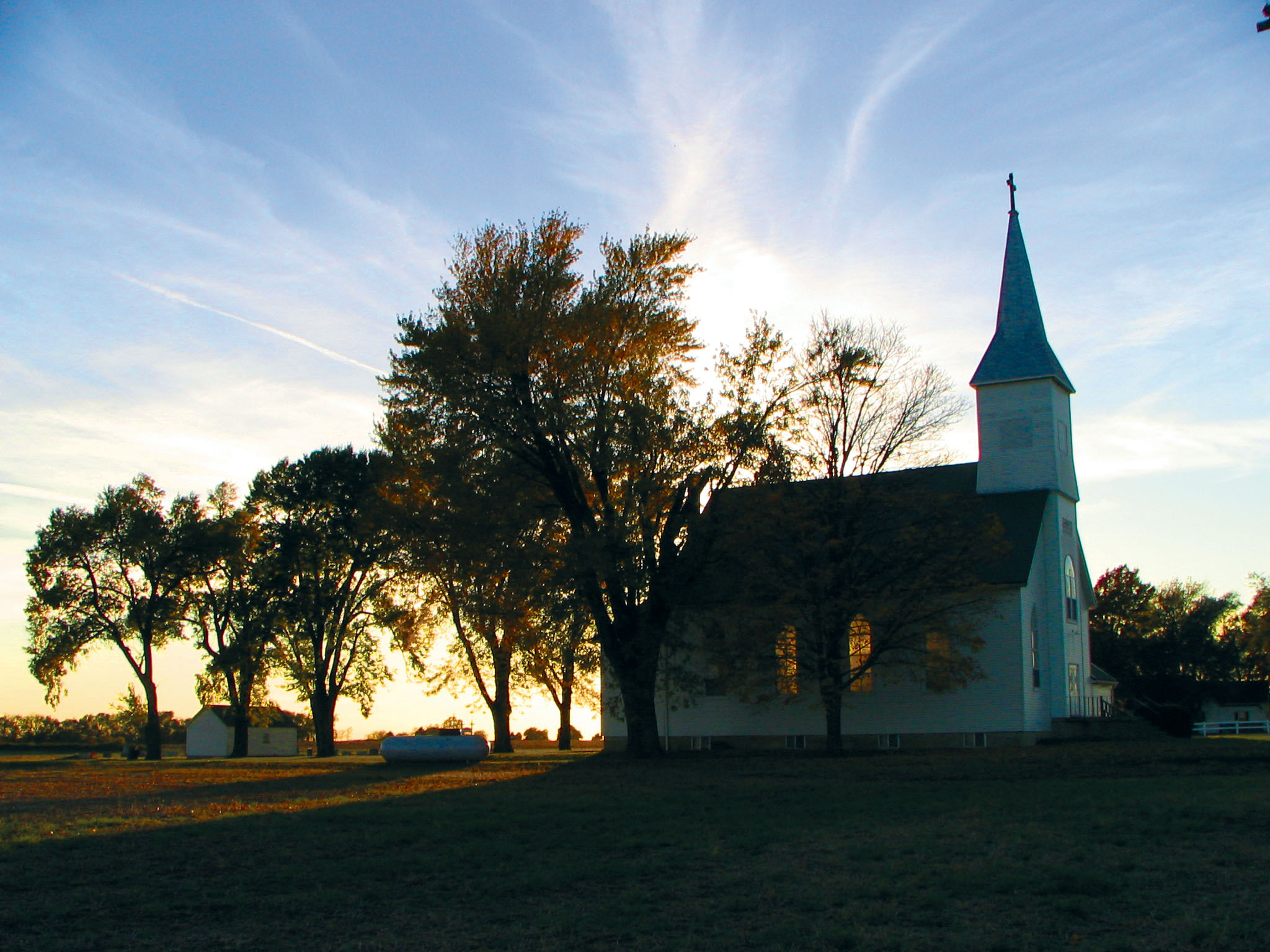 Book celebrates the history, people and traditions of Missouri’s churches

There’s something about our churches that draws us in. They often dominate the skyline, with steeples pointing toward the heavens. They are a place of community and a sanctuary in difficult times. During the recent pandemic, church doors were closed to limit spread of the virus. The faithful still found ways to worship, whether online or through drive-in services.

Our churches are important places for rural people. For this reason, Rural Missouri launched an effort to celebrate these diverse places of worship across our state. The result was a 180-page hardbound book called “Faith of Our Fathers,” created with help from our readers.

First published in 2007, the book includes not just brick-and-mortar structures but also the people, history and traditions that make these places of worship so unique. An entire chapter is devoted to the state’s historic churches, including Pilot Knob’s Immanuel Lutheran Church, which was pressed into service as a hospital during the Civil War and the Church of St. Mary the Virgin, Aldermanbury, which was moved from England to Fulton and rebuilt after German bombs destroyed it.

Some of the churches featured are no longer churches. For example, Arrow Rock’s Lyceum Theatre is housed in a former Baptist church built in 1872. In Ironton, Thee Abbey Kitchen serves “heavenly” treats in the former Arcadia Valley Academy. Its new owners lovingly restored the site, which now includes a bed-and-breakfast in the former priest’s house and an event center in the beautiful St. Joseph Chapel. One of its many stained-glass windows graces our cover this month.

Elsewhere, churches that began as log cabins have grown into huge modern churches that serve thousands of worshippers with exciting services and many activities that help advance the faith. The James River Assembly is one such church featured in the book. Contrasting that is the diminutive Prince of Peace Cathedral in Highlandville. With seating for just 15, it is recognized by Guinness World Records as the world’s smallest cathedral.

Also featured are outdoor chapels, including the Marjorie Powell Allen Chapel at Powell Gardens in Kingsville and the Memorial Chapel at St. Jordan’s United Church of Christ in Jeffriesburg.

Nearly 200 churches, traditions and people make up the book. Here’s a look at just a few of the stories included. 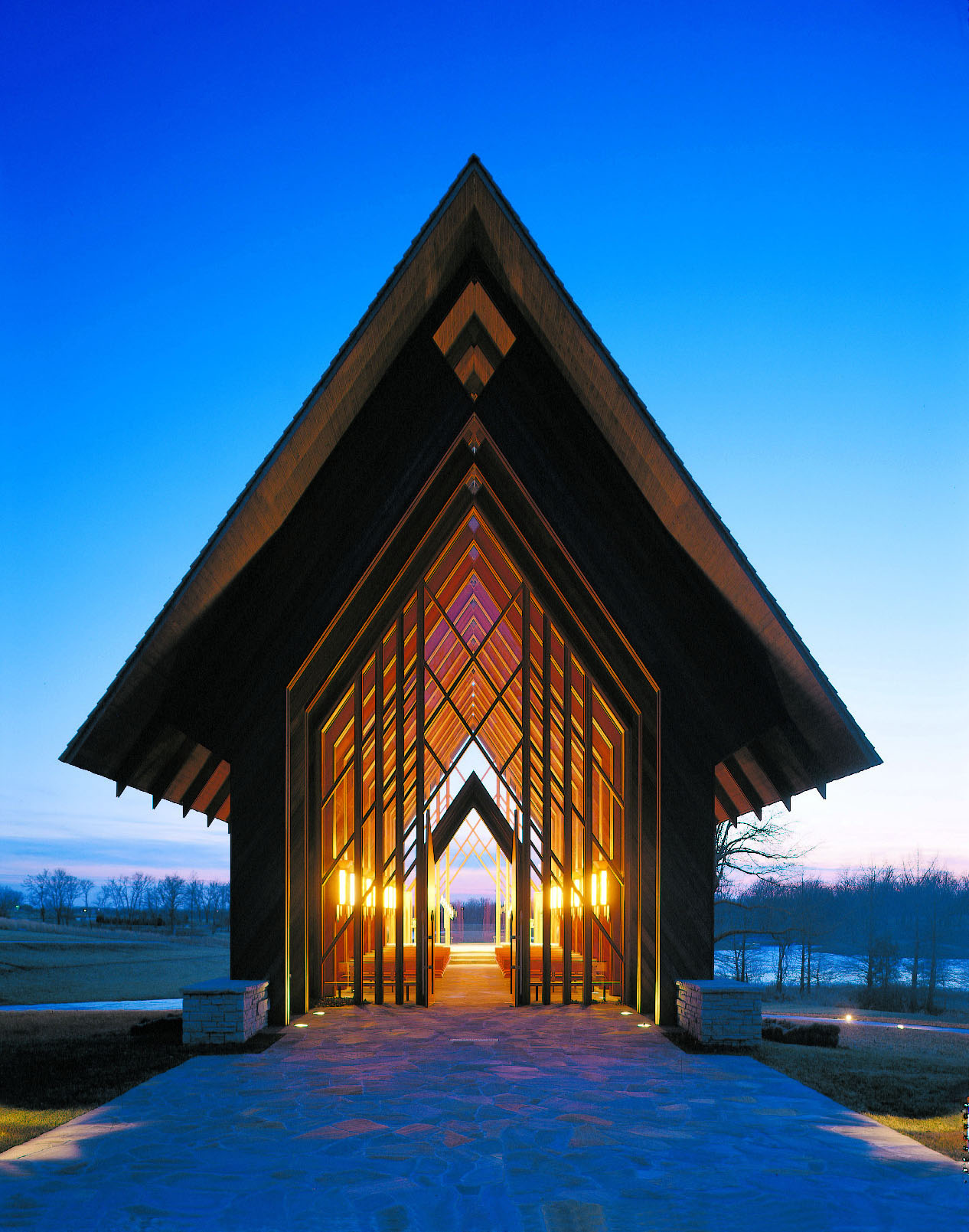 The walls of windows at this little chapel at Powell Gardens were designed to let nature inside. It is a treasured location for weddings and other appropriate events. It faces a lake, while a woodlands backdrop and fields of colorful wildflowers in season provide a natural connection. Besides the chapel, the garden’s 915 acres offer many places to behold the Creator’s work. 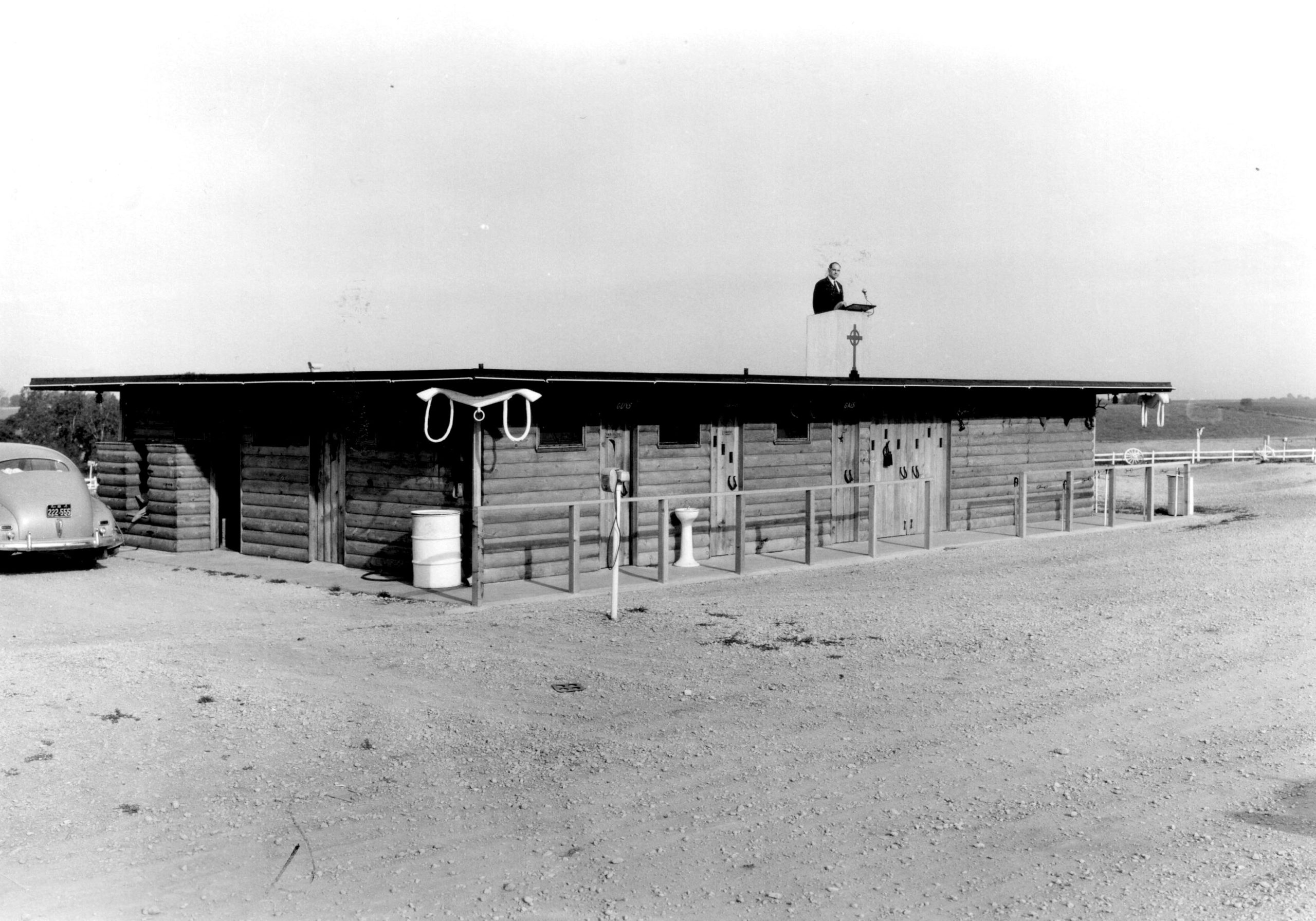 Though long gone, memories of the church services held at the Dude Ranch Drive-In linger on for those who attended them. The outdoor services held here were the inspiration of Bishop Alonzo Monk Bryan, pastor of the First United Methodist Church. In the hot summer of 1952, he had trouble getting his congregation to come to church in an era before air conditioning. The move to the drive-in theater, coupled with an early start, led to a good crowd taking part. Monk preached from the roof of the Chuck Wagon concession stand. His message reached into the cars through the drive-in’s speakers. Ushers made the rounds for the collection.

Today many churches are offering drive-in services due to the pandemic. Bishop Alonzo’s idea lasted until 1976. In 1982 the church added air conditioning. 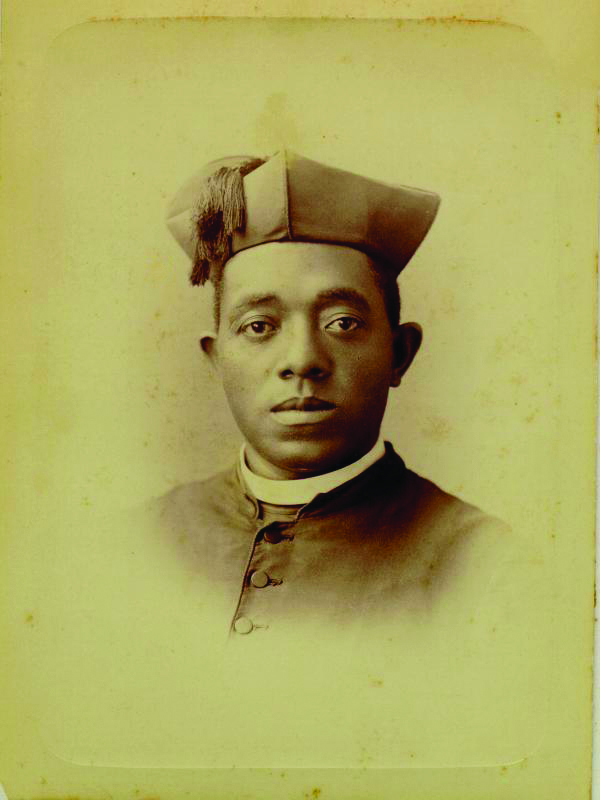 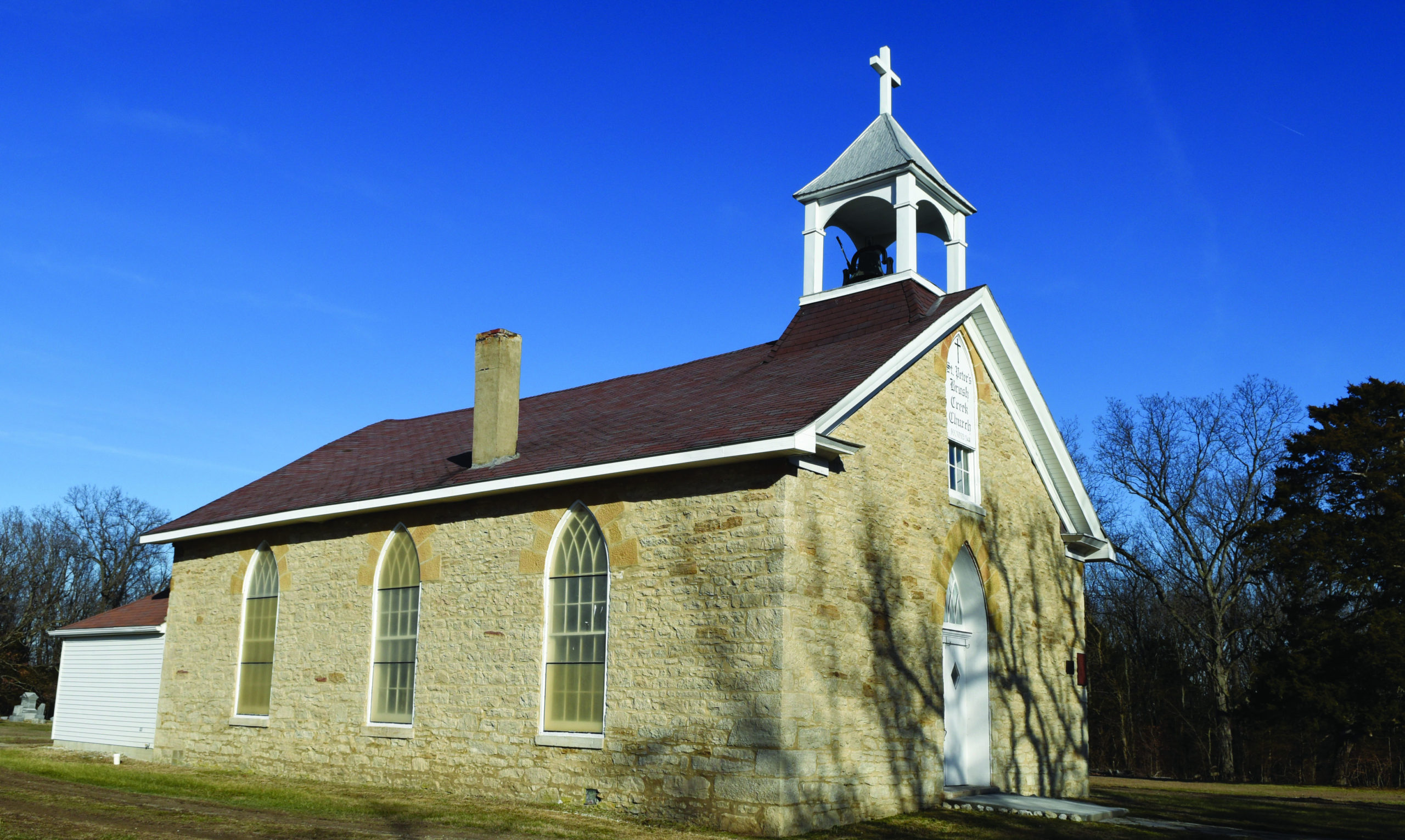 Augustus Tolton was born into slavery on April 1, 1854, in the Ralls County Community of Brush Creek, where he was baptized and raised Catholic at St. Peter’s Catholic Church. His mother, Martha, fled from servitude by taking her children across the Mississippi River in a harrowing escape. Despite racial prejudice, Augustus became Father Tolton in 1886 when he was ordained as the first black Catholic priest in the U.S. He became known for his excellent sermons and great faith. In 2010, a process was launched to declare him a saint. His status was promoted to “venerable” by Pope Francis in 2019, further advancing his path to sainthood. From his humble beginnings in northeast Missouri, he has been an inspiration to many who believe faith should be open to all. He showed the kind of man he was by continuing to push toward his goal of becoming a priest despite the many obstacles in his path. In 2006, work began on a new Catholic high school in Columbia named after Father Tolton. Fittingly, its sports teams are known as the “Trailblazers.” 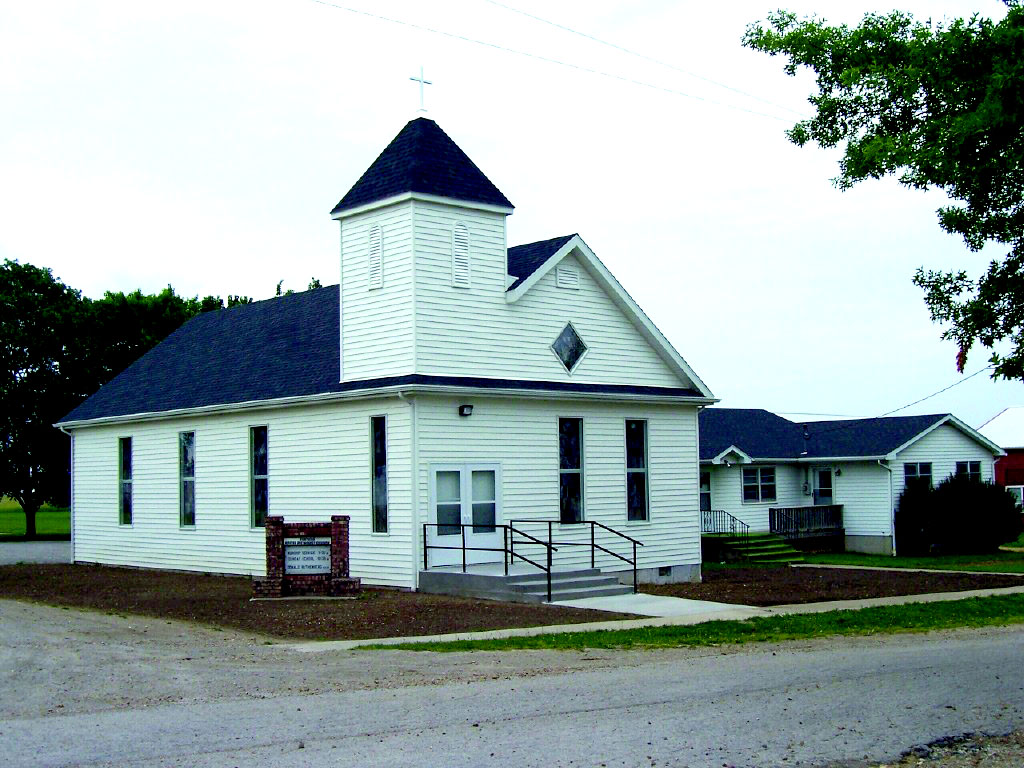 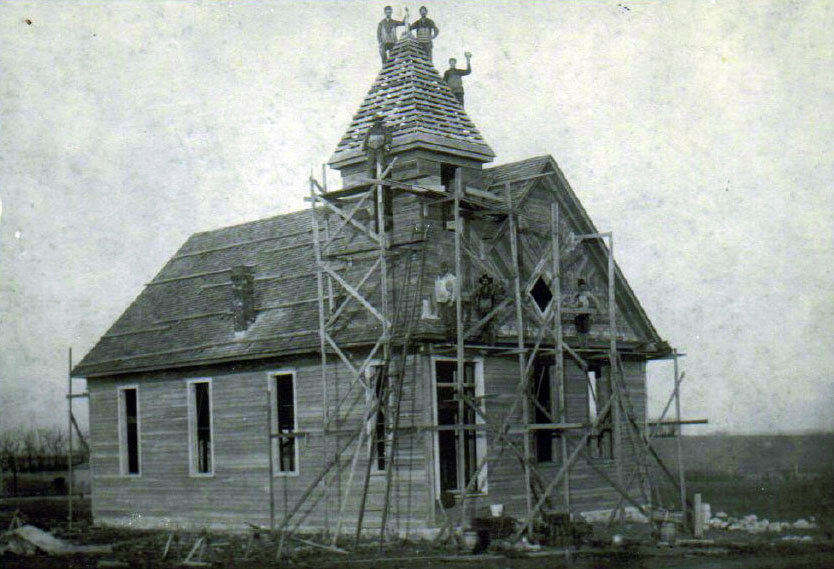 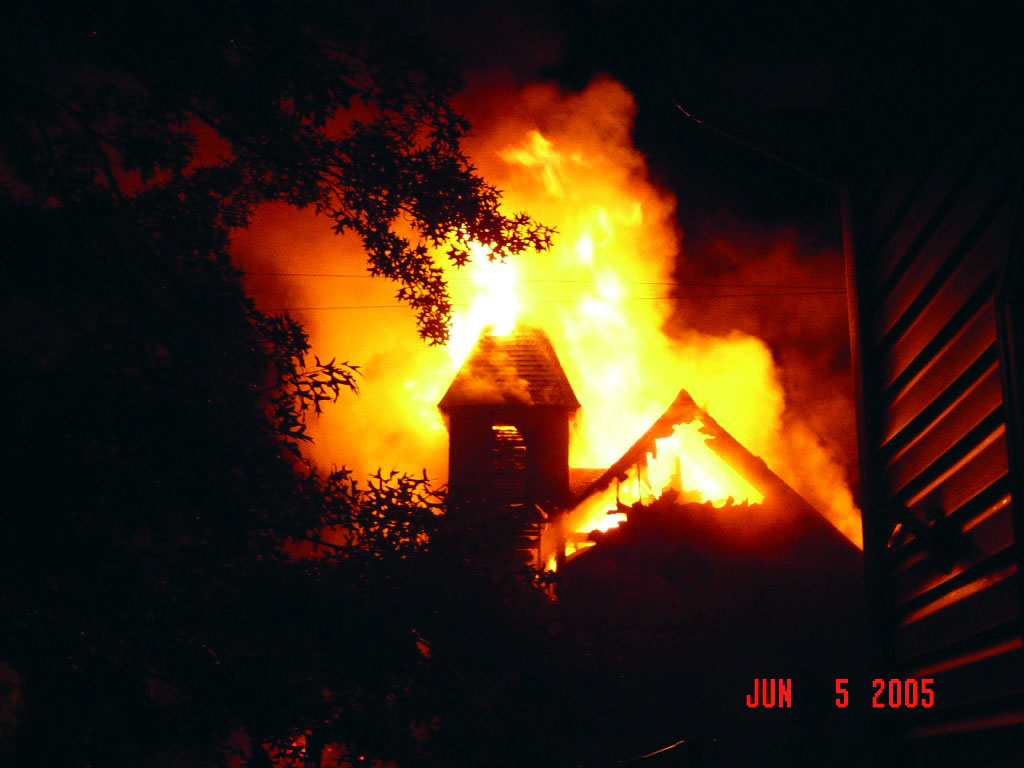 You can say that the Fortuna United Methodist Church has been tested by fire. Not long after the church celebrated its 100th anniversary, lightning struck and the sanctuary burned. A photo of the fire shows a cross shining through the flames and clouds of smoke. Despite the heartbreak of their loss, the congregation was inspired to rebuild by this sign in the sky. The first service in the new sanctuary was held a year later. 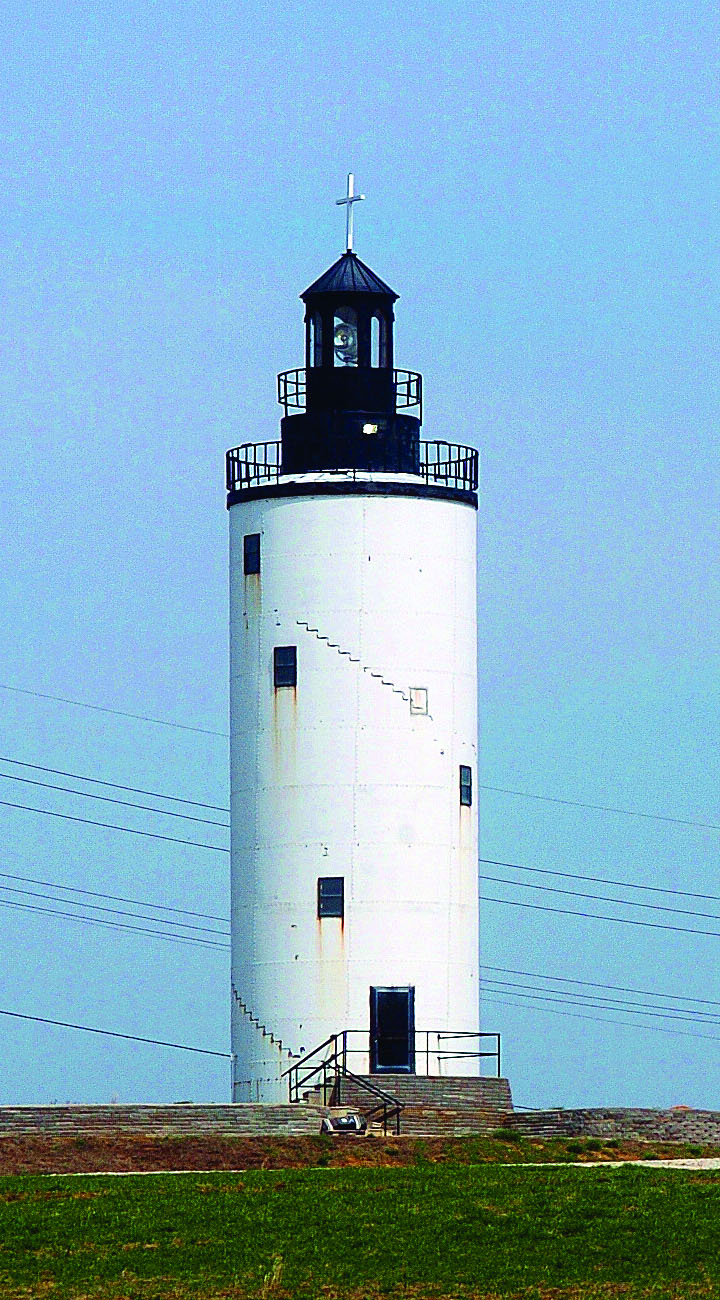 Situated high atop Crowley’s Ridge, the only hills in the otherwise flat fields of southeast Missouri, a lighthouse beacon sweeps the sky with a symbolic message that Jesus Christ is the light of the world. The light is a World War II relic supported by an old grain silo. It is just one part of the Lighthouse Christian Center’s 43-acre campus. Pastors Tim and Tina Russell began this ministry in 1993 after Tim was inspired by a vision. Today the Lighthouse Christian Center is a fully modern church, with services streaming live on Facebook, a weekly blog and a podcast called “Almost Brothers.” It hosts a free dental clinic and during the pandemic offered a food pantry that fed thousands. 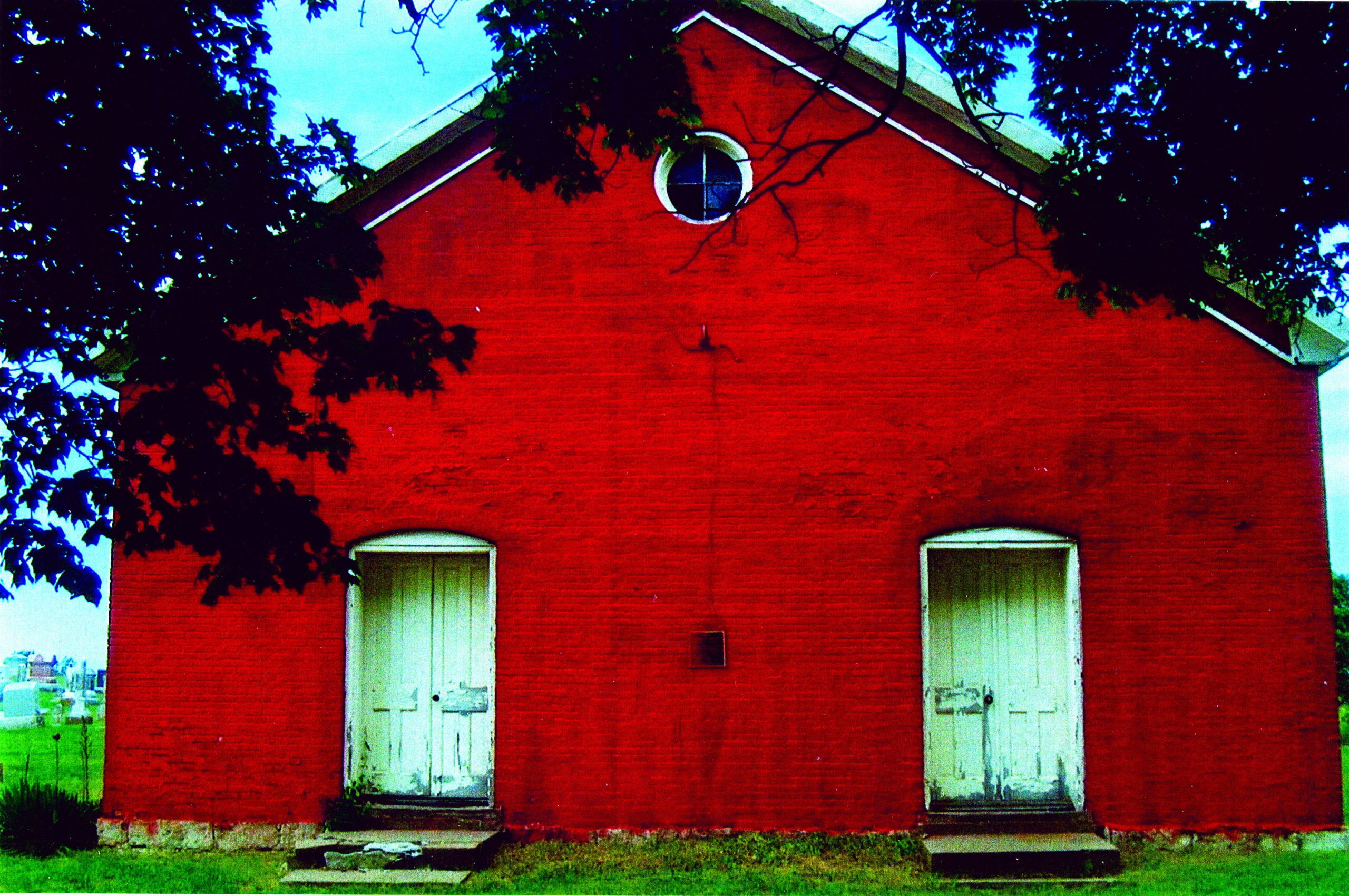 Services began at this red brick church in December 1844. Since then it has played host to several prominent people who played a role in Missouri’s history. These included the Rev. Robert James, father of outlaw Jesse James, who preached a revival here in 1845. One early member of the church was Eliza Ann Young Reynolds, wife of Gov. Thomas Reynolds. Another first lady of Missouri, Elnora Gabbert Park, also worshipped here. Buried in the church cemetery is Mary Owens Vineyard, known as Abraham Lincoln’s “other Mary.” President Lincoln proposed to her before marrying his eventual wife, Mary Todd. Services were held here until 1999.

This is an example of a church that can trace its origins to the pioneer era yet continues to grow today. Members of Daniel Boone’s survey party were among its organizers. Worship was first held in a store and then in a log church. In 1862, the brick church on Dardenne Creek mysteriously burned to the ground two days after Union soldiers attended services. Worship continued under a protective arbor until 1868 when the Rock Church was built on the present site. Much of the present church was built in 1970 by the hands of the faithful members, including the organ, which has 3,600 pipes. At the time the book was published, the congregation numbered 1,500. 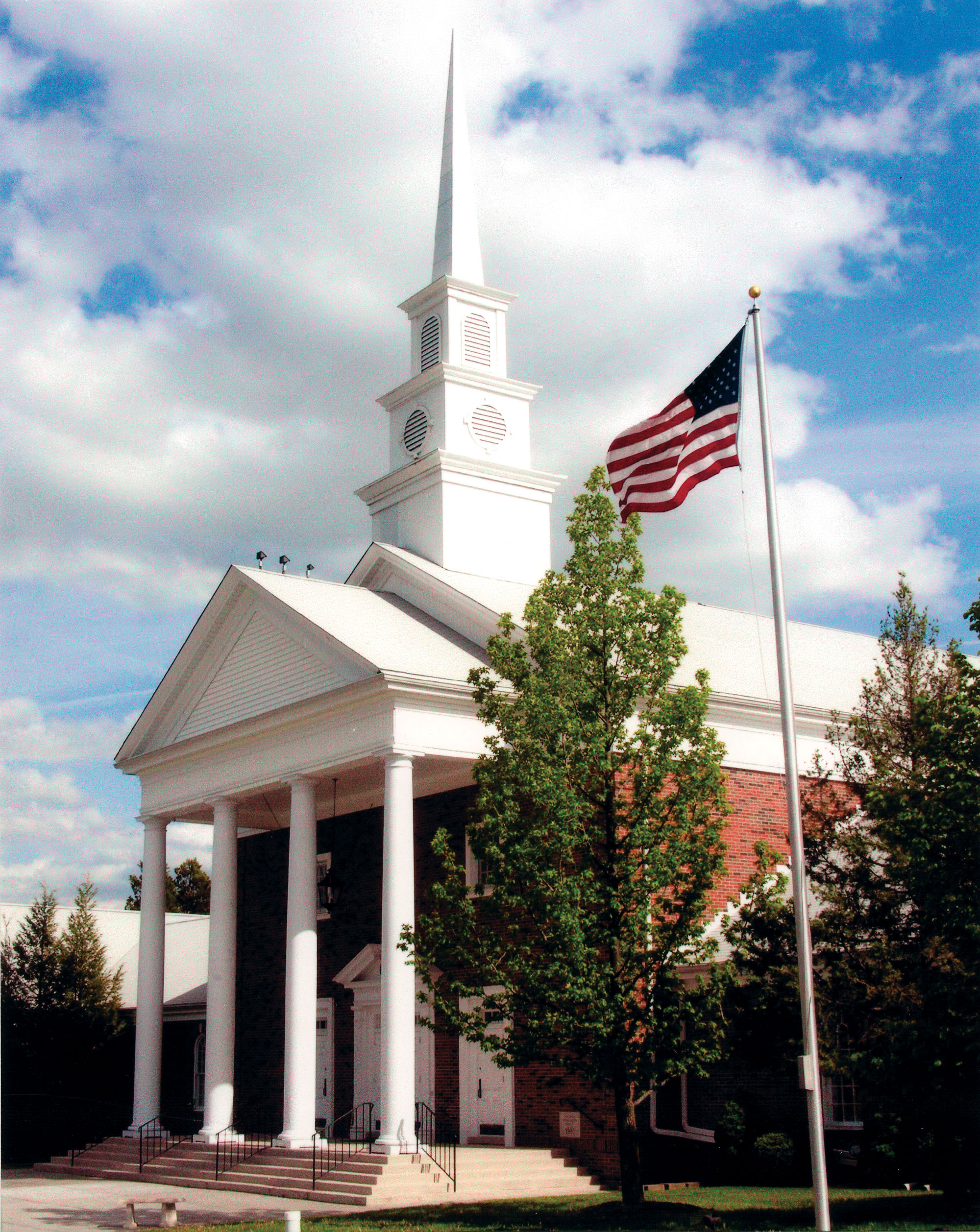