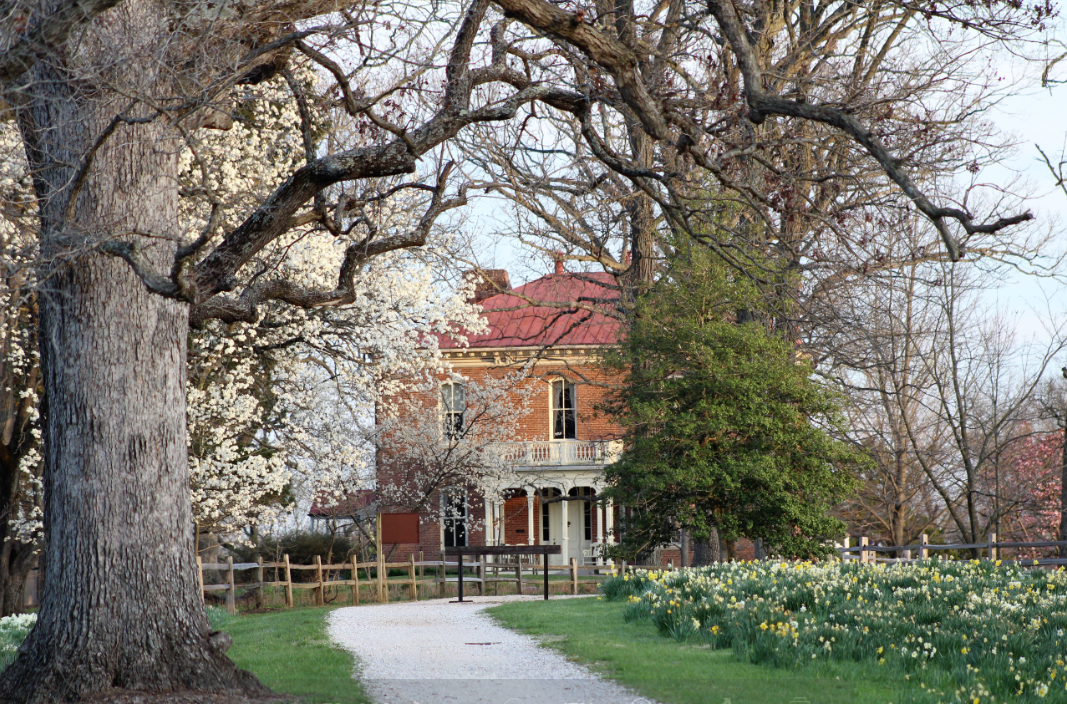 When travelers think of interesting things to do in the Show-Me State, the Missouri Botanical Garden in St. Louis usually comes to mind. Every year the garden opens its gates to some 1 million people from all over the world.

“It’s invigorating to share the garden with the visitors, old and young,” says Jean Corse, a former educator and one of 1,879 current garden volunteers. “To tell them about the plants or to lead them through a variety of the Garden’s cultural festivities and programs, like Tulip Trot in the spring, Tree Week in the fall and Garden Glow in the winter, among others.”

This summer, Shaw’s Garden, as many St. Louisans lovingly call it, will be 161 years old. While many Missourians are well aware of the garden, few of them know that it was founded by a British immigrant who had no formal training in botany.

Henry Shaw was born on July 24, 1800, in the hilly region of Sheffield, England. His father was a prosperous iron ware manufacturer, but by the time Henry turned 18 the business was failing. The older Shaw was forced to look for opportunities elsewhere. He decided to move to America, and he sent Henry to New Orleans to find a shipment of hardware that had gone missing there earlier.

Henry found the shipment, but he couldn’t sell the wares down south. Hoping to find better markets, Shaw boarded a steamboat and traveled up the Mississippi. In his biographical notes he later wrote, “On May 3, 1819, I arrived at a small French village on the Mississippi called St. Louis.”  He decided to open a hardware store there.

Shaw’s timing was perfect. Although the fur trade that gave birth to the French settlement had fallen on hard times, demand for hardware was growing. Soldiers at the frontier posts, immigrants moving west, and Native American traders all needed supplies. He worked tirelessly, and his business prospered. Profit from his various ventures earned him almost $23,000. In 1839, he retired from the hardware business.

Even as a school boy in England, Shaw had an affinity for nature, and visiting European gardens deepened his interest. In 1851, after seeing the Royal Botanic Gardens at Kew and Chatsworth gardens in Devonshire, England, he was inspired to create his own. Two important things would set his garden apart from most of its European counterparts, though. His would be a true botanical garden with an extensive scientific program. Also, his garden would be open to the public.

Shaw began investing in real estate in his retirement. In 1842, he bought 760 acres of land southwest of St. Louis, where he built his country estate, Tower Grove — now a neighborhood of the sprawling city. This land would be a base for his future garden. Yet there were obstacles. Shaw was not a trained botanist. He needed expert advice.

In February 1856, Shaw wrote a letter to the most qualified man in the field, Sir William Jackson Hooker, director of the Royal Botanic Gardens, Kew: “I take the liberty of addressing you … having a desire to found and endow a public botanical garden … I wish to obtains such hints and information as may be useful to me.” Later, he contacted both Asa Gray, a leading 19th century American botanist, and George Engelmann — a German immigrant, St. Louis physician and passionate botanist. On the combined advice of the three men, Shaw began studying garden catalogs and read books about botany and horticulture. He also hired fellow English immigrant and prominent St. Louis architect George I. Barnett to design build a museum with a library and herbarium.

His project wasn’t easy. The harsh climate and the soil of the Midwest were different from those in England. Still, Shaw persevered. He continued his correspondence, built walls around the garden to prevent animals from damaging his plants, dug trenches and put in drains.

Shaw pressed on, and the Missouri Botanical Garden, as he named it, opened on June 15, 1859. It was a garden like none other in the country: open to all classes of society, the old and the young, the rich and the poor. It was also free — the only request was to sign the guestbook. All, as Shaw himself put it in his Guide to the Missouri Botanical Garden, “for the use and gratification of man.”

The garden quickly became an admired institution throughout the country. Many distinguished Americans came to see it. John Adams, the son and the grandson of American presidents, signed the guestbook in 1860, and Mark Twain praised it in his “Life on the Mississippi.”

With the garden established, Shaw embarked on other philanthropic pursuits. He endowed the Henry Shaw School of Botany at Washington University in St. Louis and helped found the Missouri Historical Society, among others.

Shaw died on August 25, 1889, at the age of 89. The Chicago Tribune described his funeral cortege as “one of the largest ever seen in St. Louis,” while the New York Daily Tribune obituary added, “This was a career to be envied by almost any man.”

Shaw was interred in the garden he loved so much. A life-long bachelor, he left the garden and his town house to the city of St. Louis. Also, in his will, he left a provision for a flower sermon, which preaches the relationship between nature and God, to be given annually at the Christ Church Cathedral in St. Louis.

Today, the Missouri Botanical Garden is one of the oldest botanical garden in continuous operation in the U.S. and registered as a National Historic Landmark. It houses 16,895 unique types of plants, and its mission, envisioned by Shaw, reads: “To discover and share knowledge about plants and their environment in order to preserve and enrich life.”

More than 130 years after his death, Shaw’s vision for bringing the grand gardens of English nobility to American people endures. Every July 24 the garden celebrates his birthday with numerous festivities.

“Modern-day visitors can shake hands with an actor portraying Henry Shaw, which is especially exciting to children,” adds Jean. “Often, my tours end with people shaking my hand and hugging me, so touched they feel by the beauty and richness of nature.”

Grobman is a freelance writer from Columbia.