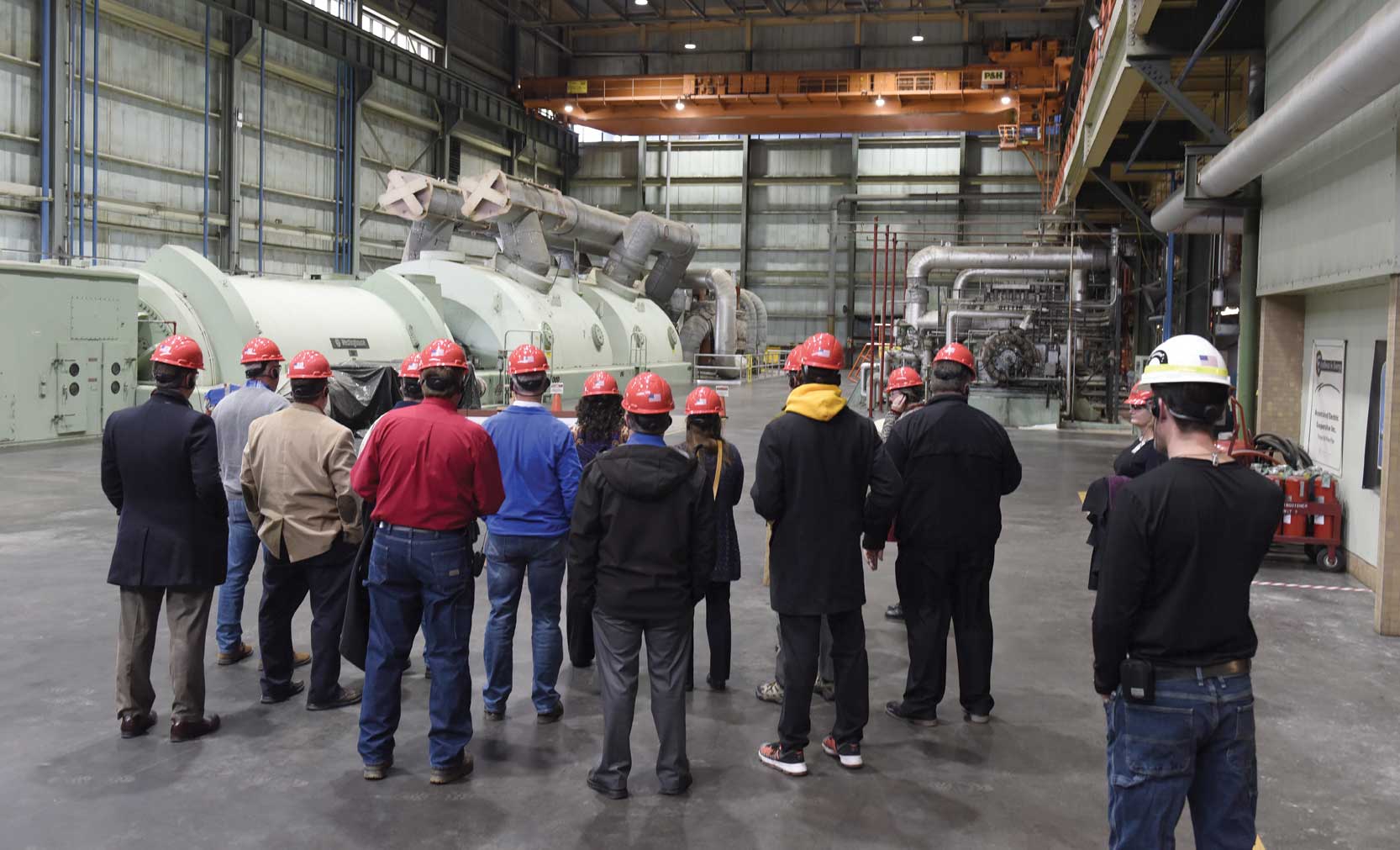 Learning the ropes of any new position can be overwhelming, especially for newly elected members of the 100th Missouri Legislature. As part of a multiple-day bus tour around the Show-Me State, 58 freshman legislators made a stop at the Thomas Hill Energy Center located in north-central Missouri near Moberly. The facility provides power to more than 580,000 homes.

“The freshman tour is a unique experience,” says Caleb Jones, CEO of the Association of Missouri Electric Cooperatives located in Jefferson City. “You look at the House. It’s split by party affiliation. There’s a stark line. What’s fun about the tour is they don’t ask your party on the bus. Really it’s one of the few times legislators get to put politics aside and see the real issues. Because at the end of the day the problems our state faces aren’t Democrat or Republican.”

During this leg of their statewide tour, incoming legislators learned how electricity is generated in an affordable and reliable way for members of electric cooperatives. Associated Electric based in Springfield is responsible for providing the electricity used by co-op members in Missouri and parts of Iowa and Oklahoma.

Associated’s Joe Wilkinson gave the legislators an overview of Missouri’s three-tiered system that provides generation, transmission and distribution services to the member-owners. The arrangement is one factor in assuring rates Missouri electric co-op members pay are among the lowest in the nation.

Associated staff also highlighted the diverse portfolio of generation resources the cooperative uses to provide power. These include two coal plants, six natural gas plants, six wind farms and hydropower. The legislators learned the importance of this mix of fuels and what Associated has done to improve air quality through a $1.1 billion investment.

The visit gave electric cooperative leaders an opportunity to meet the new legislators and let them know the issues that face rural people.

“It always amazes me the diversity of Missouri’s resources and not just in terms of people, but the land itself,” says Rep.-elect Louis Riggs, who represents the 5th District in northeast Missouri. “Yes, we use natural resources, but we use them in a positive way. Hearing about how responsibly the co-ops steward the land and environment is also an eye opener. I am greatly encouraged by the talk they gave this morning in terms of educating legislators who don’t understand rural issues.”

The tour also offered a chance to explain how the cooperative business model works and why electric cooperatives are different than other utilities that operate in Missouri.

“The question I get the most is what is the difference between a cooperative and an investor-owned utility,” he says. “It is important that we get in front of them and let them know about the cooperative difference.”

Electric cooperatives are regulated not by state agencies, but by their own locally elected board of directors who are members of the cooperative themselves and use its electricity. This differs from forprofit utilities whose directors are investors who expect to receive a return on that investment and may not even live on the utility’s lines.

Electric cooperatives operate on a nonprofit basis, and return any margins made — not to investors but to the member-owners.

By the time the tour moved on to its next stop, those taking part had a better understanding of how electricity is generated and why electric cooperatives are vital to those who live in rural areas.