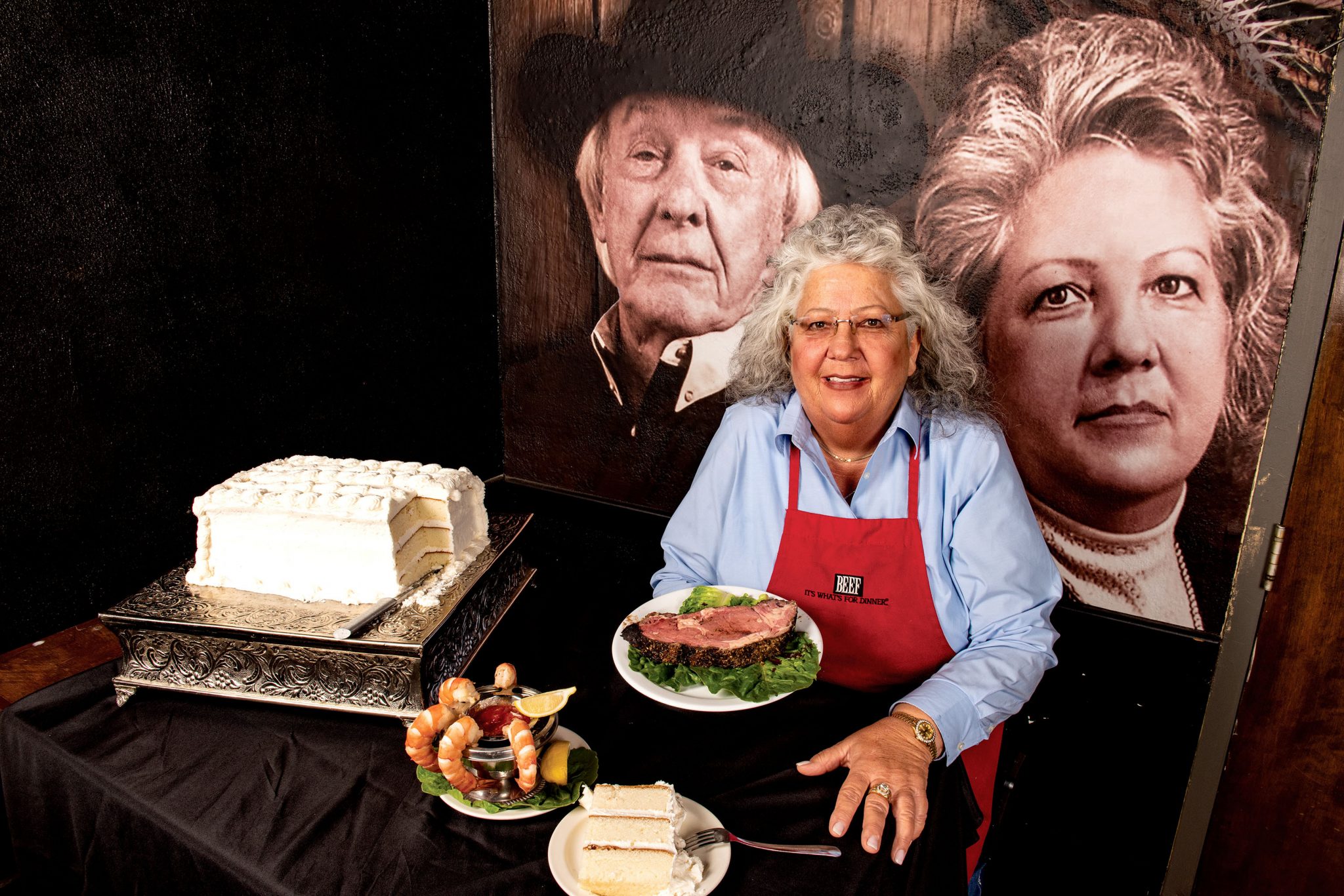 If the original Hughes Bar X Ranch was born out of necessity, it was reborn out of love. The downtown Denver, Missouri eatery that Charmayne Hughes and her late husband, Donald, started in 1994 fed a lot of hungry folks in north Missouri. Today, it would seem the cattlewoman-turned-caterer hasn’t lost her love for cooking fine food — and lots of it.

After long days of working a hundred head of Black Angus on the farm in Denver, the couple eventually grew tired of the long drive to find dinner. They bought the old downtown bank building and for 13 years made a weekend routine of feeding hundreds of people in a town where the population is less than 50.

“That’s when it came alive,” Charmayne remembers. “You unlock the door, you better be ready.”

The Thursday before Easter 2007, all of that changed. A fire raged through the Bar X that night, destroying the restaurant that had become a much-loved dining fixture in the small town and the surrounding area. Along with it went a piece of Denver’s history, a staggering number of taxidermy mounts, slot machines and dolls Charmayne had collected over the years and the business that had become the couple’s passion.

“I got over it the best I could, but he asked me not to rebuild the place while he was alive because he didn’t want to go through all that again,” Charmayne says.

While she eventually recovered from the loss, it would be more than a decade before the Bar X Ranch reopened. When it did it was in the unlikeliest of places for a beef house — a 19,000-square-foot former nursing home 12 miles south in Albany. After extensive and intensive renovations, Charmayne transformed one wing into a bar and lounge, another into motel rooms and the main dining hall into a restaurant specializing in giant portions of surf and turf. The wallpaper pays homage to Donald and Charmayne’s family history, a love of car racing and the establishment’s beginnings.

An appetizer not to be missed is the cheeseball. For those thinking of a deep fat fried cousin to mozzarella sticks, think again. The heaping helping of  pimento and cream cheeses are thick with dried cranberries, peppers and green onions. Spread on Charmayne’s crisp homemade crackers, it’s easy to see why the spreadable delight has become so popular, particularly in the Bar X’s lounge where heavy appetizers are free on Thursday nights.

“It’s been an adjustment for some people,” Charmayne says with a laugh. “If they get here late and it’s already gone, they’re like ‘Where’s the cheeseball?’ It’s become an item.”

The menu accommodates fans of filet mignon or Kansas City strip steaks, but Charmayne didn’t earn her local title of Prime Rib Queen by accident.  For nearly 25 years catering clients and diners at the new and old Bar X locations have sought her out for massive slabs of hand-cut, slow-roasted prime rib.

Each whole roast tips the scale at between 10 and 15 pounds, and the Bar X serves 12 to 15 each weekend. So huge are the cuts that prime rib is available in three sizes: a regular serving of 18 ounces, a half order at roughly 9 to 11 ounces and the king size — an inch-and-a-half-thick slice of beef. Served alongside a potato, salad and dinner roll plus a side of horseradish and au jus, the meat is juicy and packed full of flavor thanks to Charmayne’s secret recipe.

“The secret to the prime rib is in the spices,” Charmayne says, adding the texture of the perfect slice is one you can cut with a fork.

If even half a helping of the mammoth cuts of prime rib or the roasted beef tenderloin don’t whet appetites, the seafood menu at the Bar X rivals the steak options in number and size. Truly gargantuan jumbo shrimp are served four ways: cold in a shrimp cocktail, hand breaded and fried, boiled in spices or on a bed of fettuccine as shrimp scampi. Charmayne is quick to point out that the fried shrimp, like the fried lobster tail and hand-cut steak fries, do not come pre-coated or precooked.

“They’re very simple and very delicious, better than any prefabricated thing,” she adds. “We do things the hard way around here it seems like, but that’s the way I want it done.”

The revered pan-fried walleye is another holdover from the days when Charmayne and Donald perfected their menu at the original restaurant in Denver.

“When we used to go fishing up in the North Country and catch walleye, we couldn’t wait to get it into a skillet with butter,” she recalls. “We used to have a couple of kinds of fish on the menu, but we never sold the others.”

With portions fit for a king or queen of the range, it’s no surprise that most folks prefer to take dessert home with them, but few leave without it. Charmayne prides herself on inch-and-a-half thick pieces of chocolate and white cakes that she has perfected over the years, but also whips up a sweet treat from just about anything she has on hand. Other favorite desserts include cheesecakes along with coconut cream, banana cream and lemon meringue pies.

A regular meal at the Bar X is an event in itself, yet even that is small potatoes when compared to the all-you-can-eat Sunday brunch or one of four holiday buffets held every year on Easter, Mother’s Day, Thanksgiving and Christmas. That’s when Charmayne really puts on a feed: favorite dishes from the regular menu join made-to-order omelets, scrambled eggs and bacon plus more prime rib and a bone-in country ham on the carving table. A Belgian waffle maker and fully stocked toppings bar round out the midday offerings.

“Everything in excess,” Charmayne says. “That’s the way we do it.”