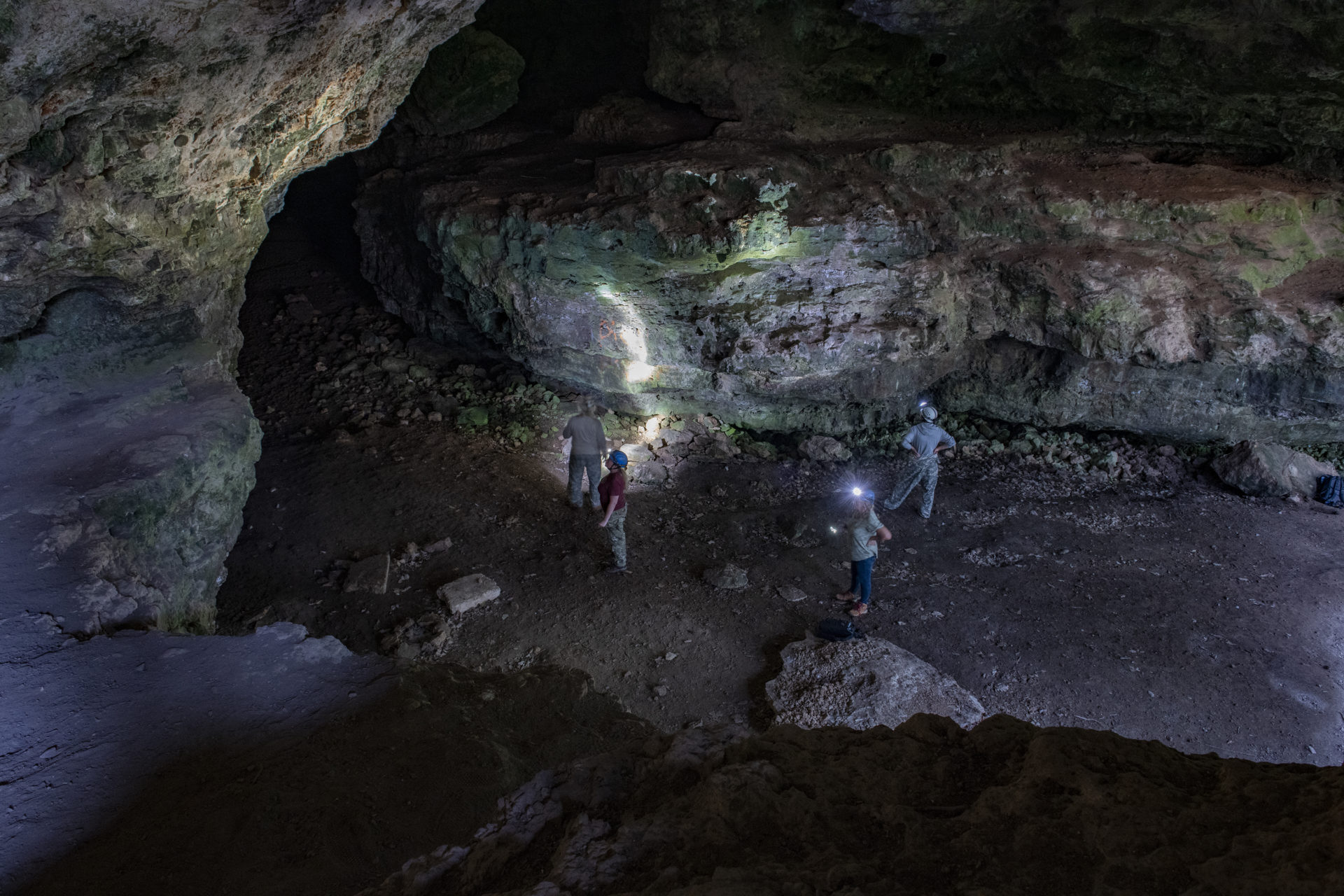 An underground adventure with Roubidoux Grotto

It didn’t take Kelsie Johnson long to figure out she had no fear of the dark. Spending her middle school years caving Camden County with her mother and her best friend’s family sent her on a lifelong adventure underground, eventually leading to a 12-year career as a tour guide in Camdenton’s Bridal Cave. Now, as president of Roubidoux Grotto — a local chapter of the National Speleological Society, or NSS, formed in 2015 — she and a group of dedicated cavers explore, conserve, preserve and introduce newcomers to the local treasure trove of caves. They could make that mission sound like a lot of hard work, if they didn’t have so much fun doing it.

“I like the recreational aspect of it, that’s nice, but the conservation and wildlife is the biggest part of it for me,” Kelsie says. “You never know what you’re going to see when you go into a cave.”

Missouri may be officially known as the Show-Me State, but it comes by its second moniker of the Cave State honestly. The Missouri Speleological Survey pins the total number of caves at more than 7,500.

“Tennessee is in a constant battle with us on that one,” Kelsie says with a laugh. “I think they have us beat as far as number of mapped and surveyed caves, but I’m sure we have them beat on the actual number of caves.”

At first glance, the formations, known as speleothems, are what catch the eyes of most cavers. As water and minerals make their way down from the cave ceiling, tiny soda straws evolve into iconic stalactites. Over long periods of time, these formations join with stalagmites, forming the massive columns that buttress the ceilings and passageways of Pulaski County’s underground chambers.

Karen Hood, vice president of the grotto and group tour/reunion coordinator for the Pulaski County Tourism Bureau, helped found the organization following an NSS event. “I started caving immediately after that,” Karen recalls. “I thought, ‘What have I been doing all my life? These caves are awesome!’ ” 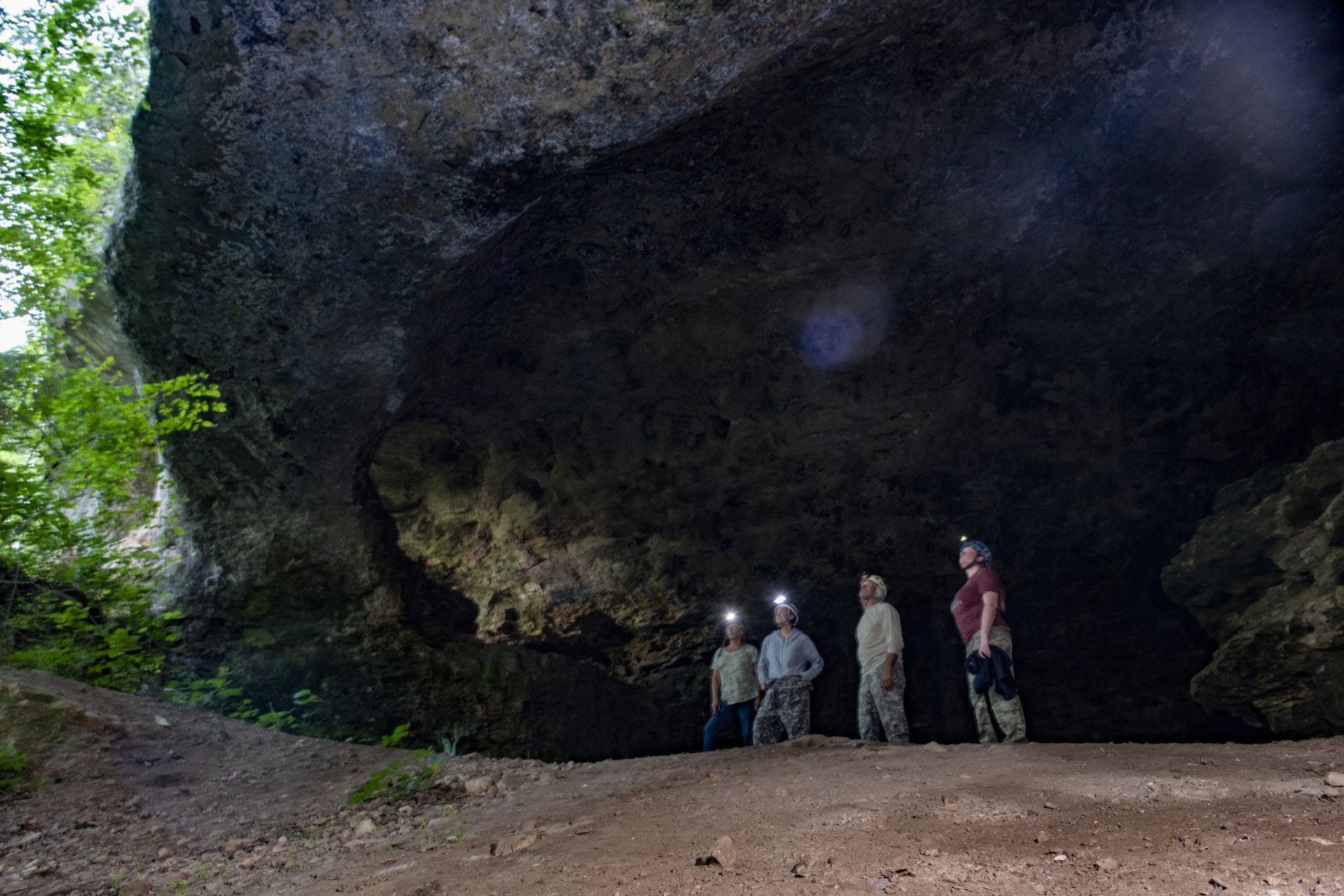 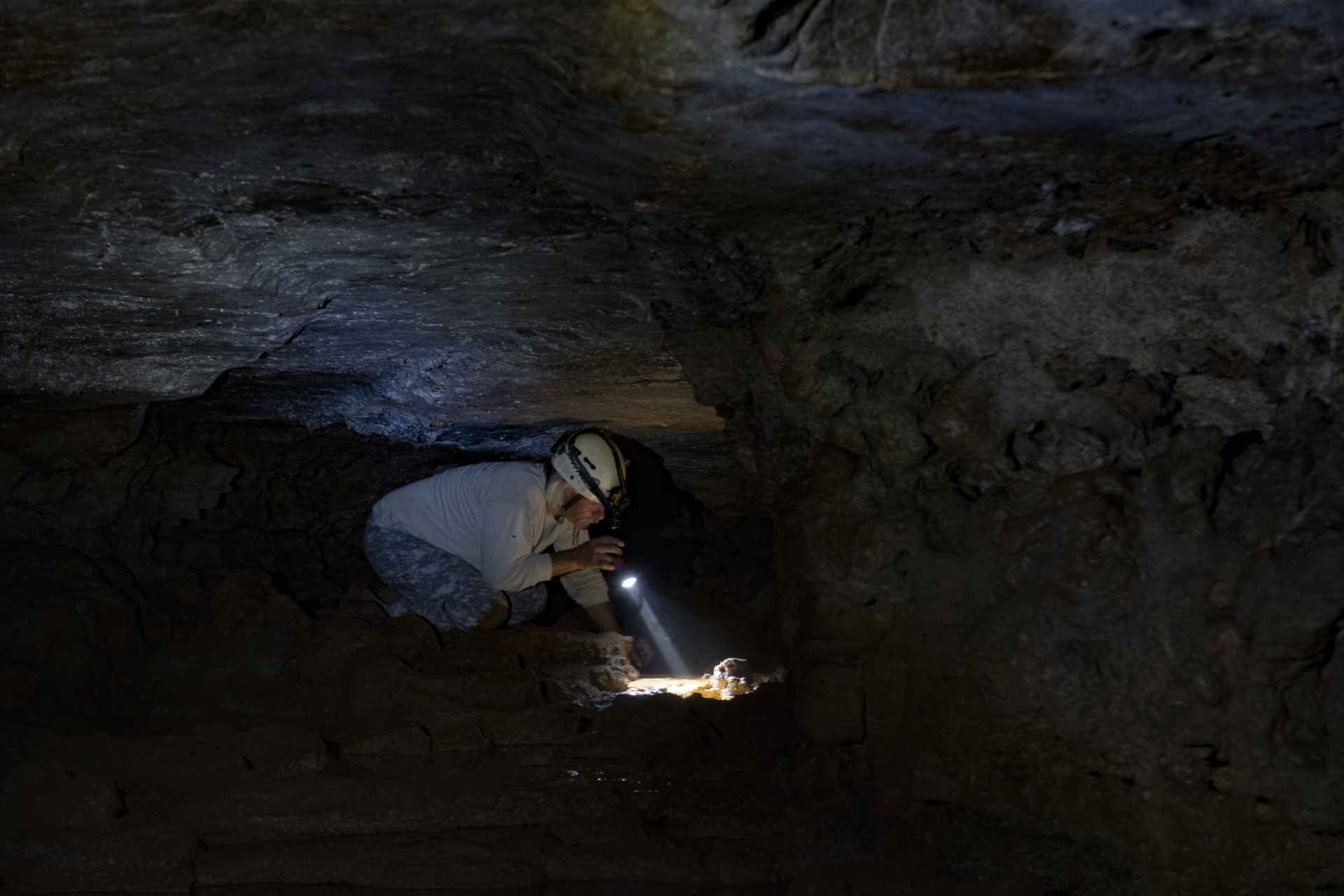 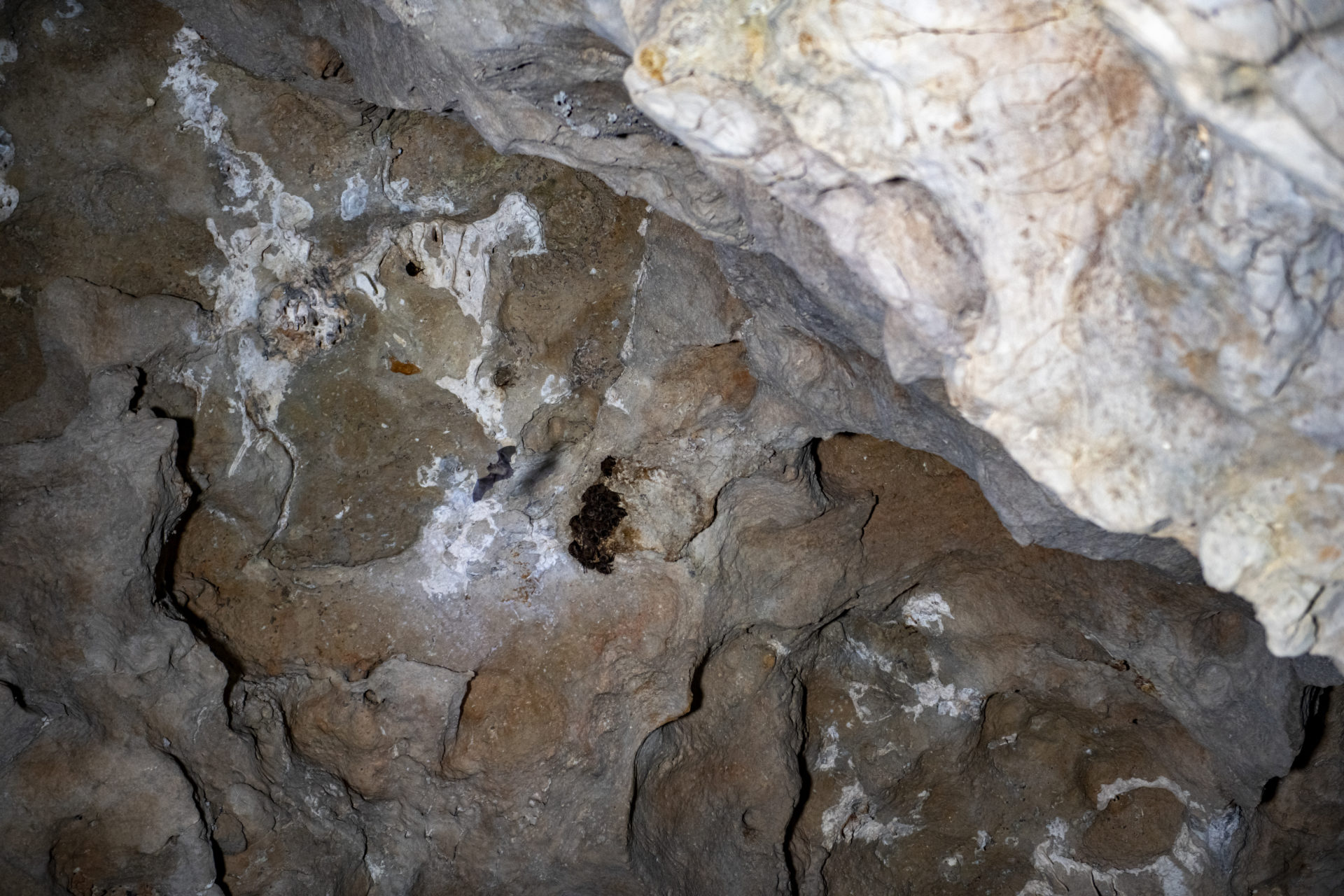 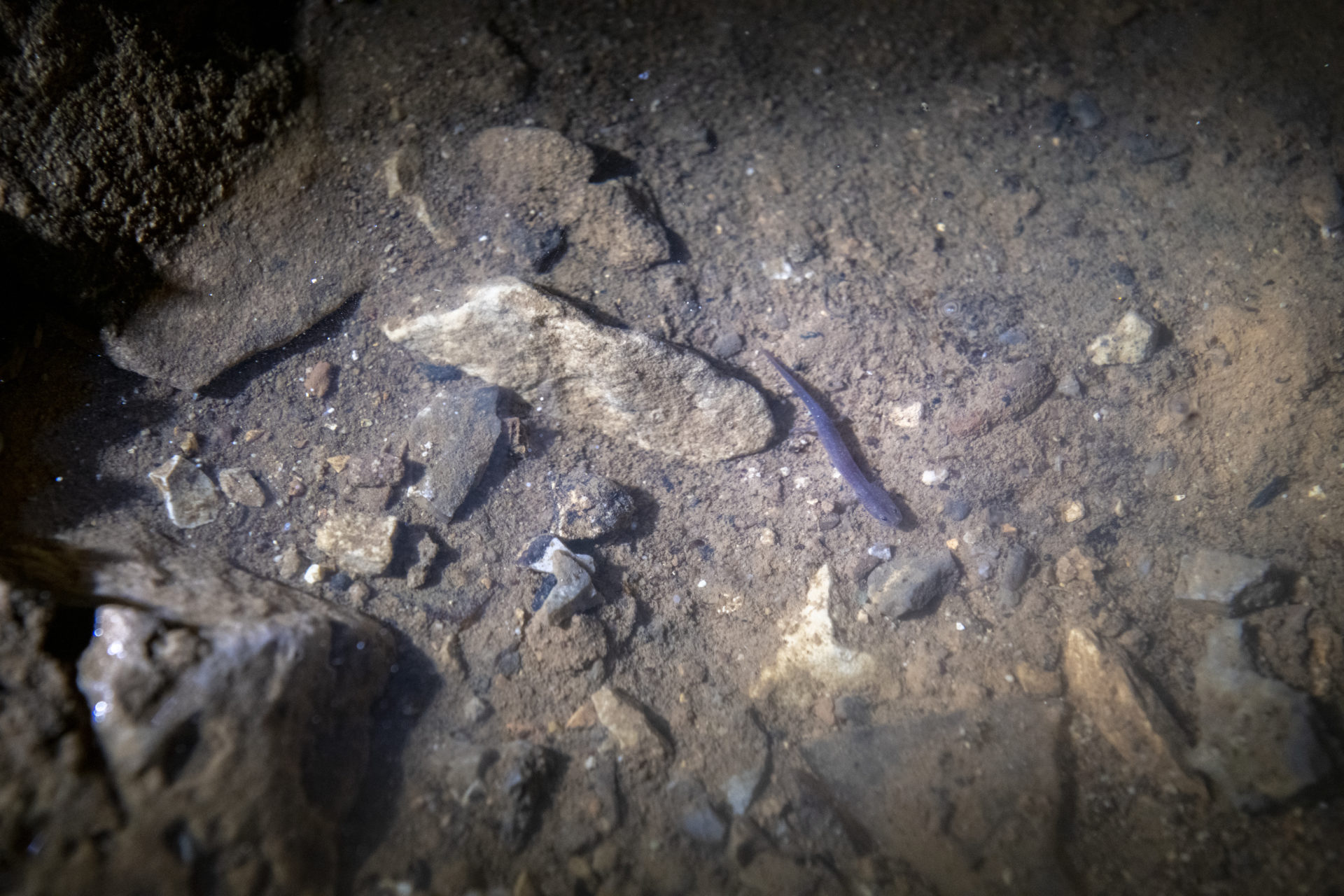 Pulaski County ranks fourth among Missouri counties with the most caves at more than 365. “Most of the caves around here are privately owned by farmers and other landowners,” Kelsie says. “We map and survey the cave and clean out the trash and graffiti, so they like having us out here to kind of help look for things for them.”

Of particular interest to the members of Roubidoux Grotto are keeping tabs on the underground ecosystem, including performing bio counts of species they see in the cave such as bats, salamanders and frogs. After years of concern relating to white-nose syndrome and hibernation disturbances that have wrought havoc on bats Kelsie says the group is happy to report something of a rebound in local populations. Missouri is home to many unique species that make caves their home and have adapted to the environment of total darkness. Some of the more striking and rare examples include ghostly Ozark cavefish, Salem cave crayfish and, in Taney County, Tumbling Creek cavesnails. For that reason, the group takes great care to clean their gear in between expeditions with a bleach mixture to make sure it’s sterile before entering another cave. Whether your interests lie in cleaning up Missouri’s basement or photographing a spiraling helictite formation, everyone finds a different reason to enjoy their experience underground.

“I really enjoy the sounds of the water coming down the falls and rimstone dams,” Kelsie says. “That’s a neat experience in total darkness. And the animals are big ones for me. How many people are going to get to see these salamanders, bats and isopods?”

While the group doesn’t shy away from a dark corner or a tight squeeze, new cavers are welcome to contact Roubidoux Grotto and tag along on an outing. The group has permission to access nearly two dozen caves of all types and can accommodate almost anyone’s comfort level. Kelsie says for those with a curiosity about caves, the biggest reason to take the plunge is the experience itself.

“Not very many people get to go underground and experience that,” she adds, “and whether it’s the recreation or the conservation aspect of it, or taking photos — whatever it is you enjoy — we can always suggest a really good cave for you.”

The NSS’ Mississippi Valley Ozark Region (MVOR) spring meeting is scheduled for April 16, 2022 in Waynesville. For more information on Roubidoux Grotto, follow the caving group at www.facebook.com/RoubidouxGrotto or contact Kelsie Johnson at johnson.kelsie.r@gmail.com.