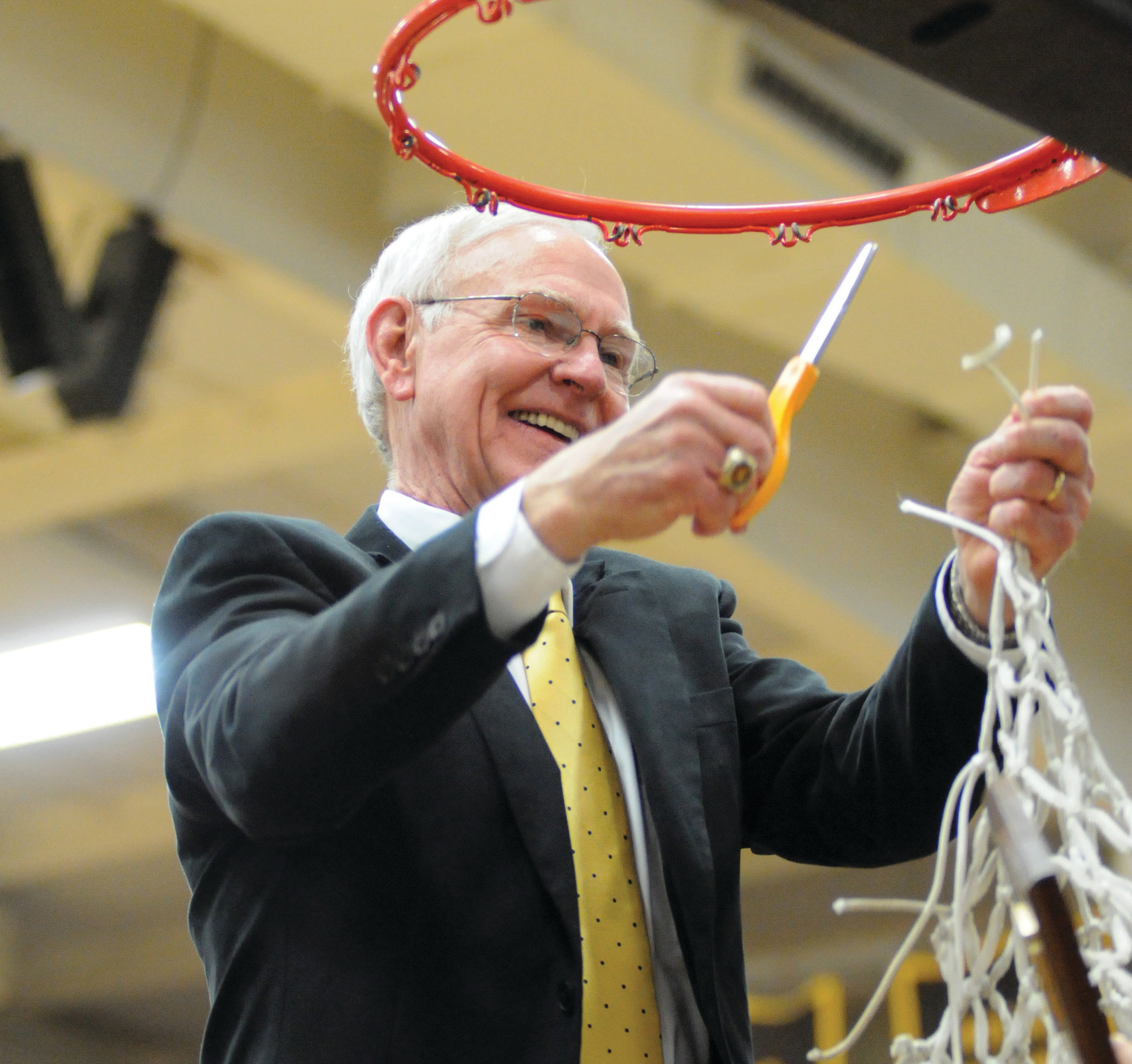 Gene Bess didn’t give much thought to how long he would stay when he was named assistant basketball coach at Poplar Bluff’s Three Rivers Junior College in 1970. He was just glad to have a job. “Everybody was wanting a college job of some kind,” Gene recalls. “I’d had 12 years of high school and I had all of the high school I wanted. I had a good team that year. I had some players who were recruitable. So, I became worthy of being an assistant coach, I guess, on this level.”

In the world of college basketball, one obvious measure of success is the number of victories a coach has achieved. Pundits refer to the win-loss record when bestowing legendary status on the greats of the game, bandying about names like Duke’s Mike Krzyzewski with 1,132 wins and the late Tennessee Coach Pat Summit who posted 1,098 wins in her career.

Those marks pale in comparison with what Gene Bess has done as coach of what is now Three Rivers Community College. In February Raiders fans watched Gene notch his 1,300th win, showering him with confetti as the game drew to a close. No other college basketball coach — at any level or gender — has come close to winning as many games, much less win them all at the same college.

In May, Gene announced his retirement after 50 years at the helm of the Raiders. His replacement is his son, Brian, a longtime Raiders assistant coach and former player for his dad. “I just can’t think of anything that could happen to a father any better than that,” Gene says of his replacement. “He has really impressed me down through the years with his feel for the game. I just don’t have any doubt that he will do a great job here as head coach.”

A farm kid who honed his own skills in a barn loft, Gene launched his coaching career in the small towns of southeast Missouri where he led Lesterville, Anniston and Oran high schools, achieving 250 wins. His high school coaching career was capped when he took Oran to the state finals, bowing out to Dixon on a controversial call in the game’s final seconds.

Hired as Raider Coach Bob Cradic’s assistant, Gene took over the head spot one year later and almost immediately made his mark on the team.

Gene inherited a team that had no gymnasium and struggled just to find a place to practice. The team used the local high school and even practiced at the W.E. Sears Youth Center, a state correctional facility for juveniles. Today the college is home to a state-of-the-art field house with a court named for its fabled coach.

With so many victories, it’s no surprise none stands out in the 85-year-old’s memory. “I remember the losses a whole lot more than the wins,” he says. “My motivation was always win the next game. As a coach you are no better than your next game. And that was what I tried to get across to my players.”

A humble man, he’s hard pressed to put into words the key to his success. “When I talk to my former players they do seem to think discipline was a big factor,” he says with a chuckle.

The coach had strict rules players were expected to follow, along with consequences should they break them. Any question Gene was serious about team rules was answered when he dismissed a player on the eve of a national championship game. In 1985, he sent six players packing — and still had a winning record for the year.

“We had certain standards that we tried to get the players to follow,” Gene says. “I knew enough to know that players who were focused and really dedicated could perform better than just a bunch of guys who showed up and tried to play on talent.”

Those standards included showing up on time, using good judgement and, at all times, being a gentleman. Perfection was a requirement, and drills were run again and again until the play was flawless.

If you wanted practice to end sooner rather than later, you did it right the first time recalls Anthony Beane Sr., a Bernie High School product who found success at Three Rivers and later Kansas State University.

“I had already heard the stories before I arrived on campus,” Anthony says of the man he still calls coach. “Once you got there you got a chance to see not only a disciplinarian but also a man who cares about each player. He got his point across real quick. You come to practice you better be on time. On the floor you play hard all the time. Everything was team oriented. If one guy did something wrong, the whole team was punished. That was something I wasn’t accustomed to. But it holds the team together and makes you accountable.”

Anthony, now an assistant basketball coach at Northern Illinois University, says Gene cared as much about his players’ future success as he did about their contribution to the Raiders. “No question the intangibles I took away from Three Rivers helped me at K-State and in the coaching business, as a father and as a husband,” he says.

Gene practiced tough love for his players, noting that as a player he resented a coach who did not demand his best. “I was focused and I knew how important it was to be successful here, for the players to be successful, and I tried to zero in on that,” Gene says. “I’ve heard players say I do a good job of following up with them. They feel like I really do love them and I do. I want them to do the very best they can simply because I want the best for them.”