Solitude and peace found at abbey in Gower

It’s 10:40 a.m. and the Sisters quietly enter the chapel wing a few at a time, kneeling briefly before taking their seats in the choir stalls. Some whisper prayers, rosary beads in hand, while others silently read passages in preparation for the morning Mass.

Visitors who’ve arrived for Mass also have quietly seated themselves in a separate public area of the chapel.

The tower bell rings at 10:50 calling the remaining nuns to worship in the chapel. High arched windows offer soft light as the sisters prepare for what can only be described as a beautiful offering of worship through melodies of prayer.

“Our community has 37 sisters now and range in age from 18 to 84,” says Mother Cecilia Snell, abbess of the Abbey of Our Lady of Ephesus located in Gower. The abbey is home to nuns who’ve taken the vow of silence — except for a one-hour recreation period — and when they’re singing, which averages three to four hours per day in addition to Masses.

“Our desire is to seek God and grow in union with Him,” says Mother Cecilia. “We choose to put aside all distractions and worldly things to seek God through our contemplative prayer for ourselves and other souls.”

The abbess notes several of the Catholic sisters at the abbey are postulants or candidates, those seeking admission into the order; and many are novices or sisters who’ve entered the order and are in a waiting period before they’ve professed their vows before God and the church.

“The process of taking permanent vows can range from a few years up to 12,” adds Mother Cecilia, who has been the head of the order for the past 10 years. She adds that while many of the sisters were home-schooled, some attended college or had careers before heeding the spiritual call on their life. 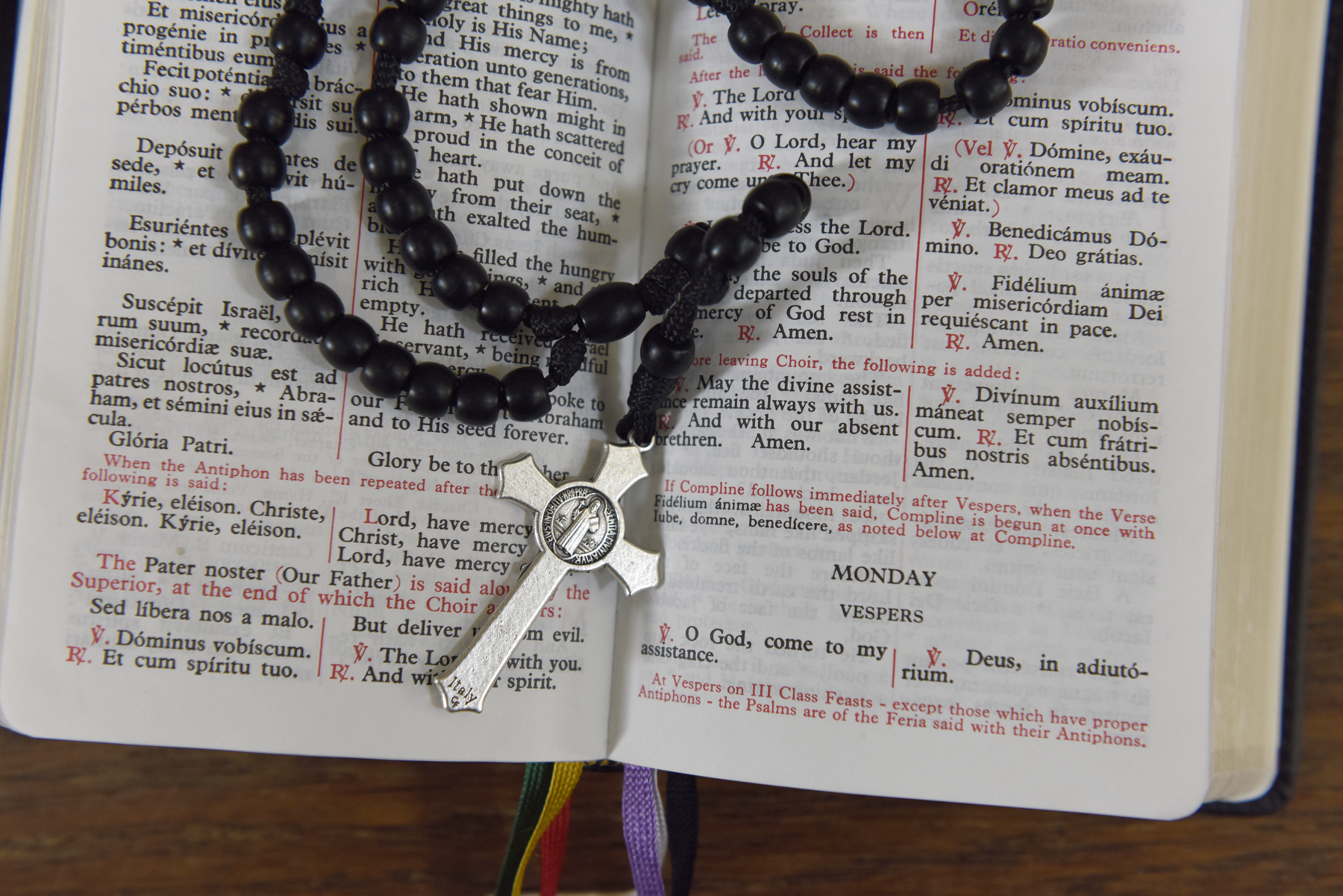 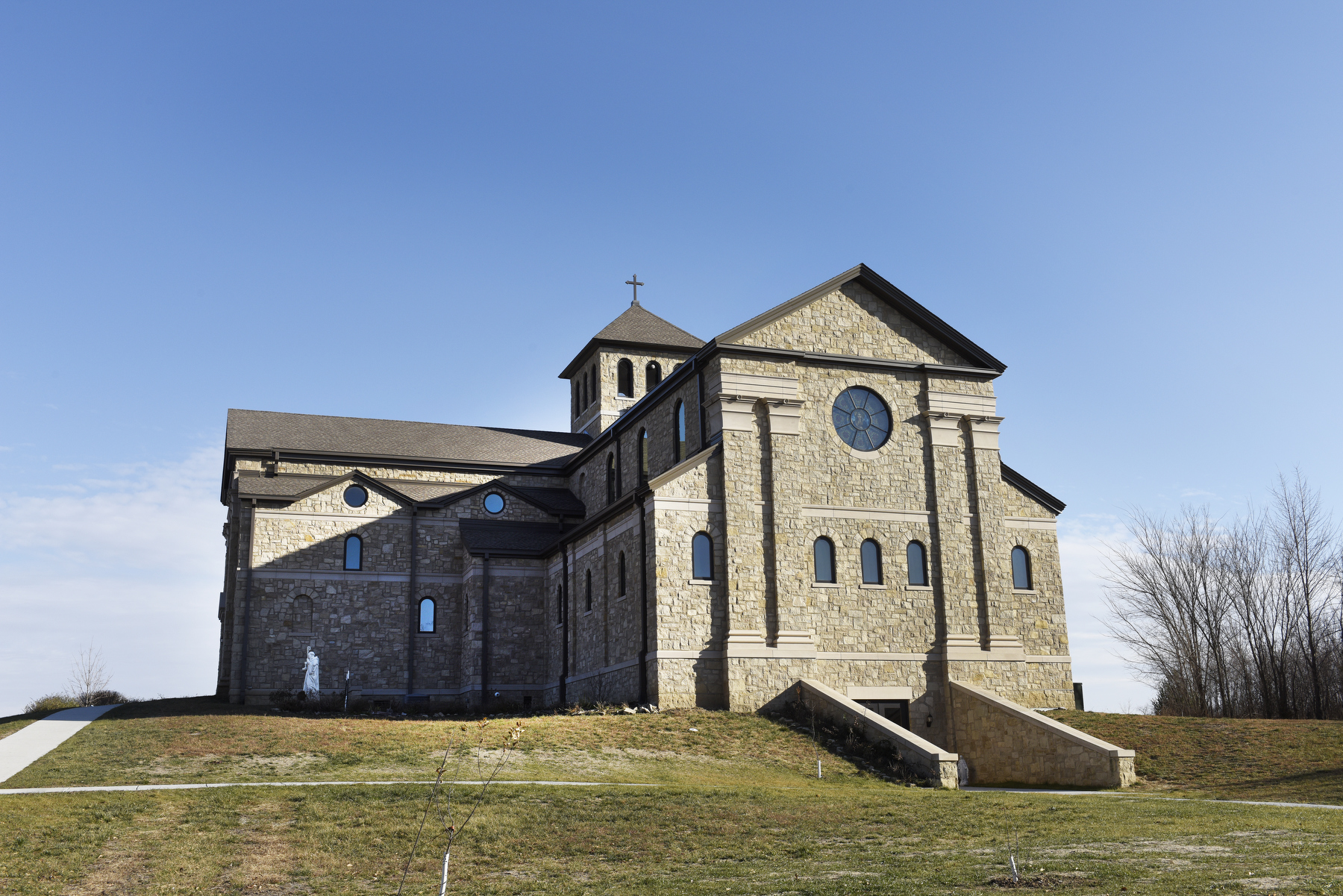 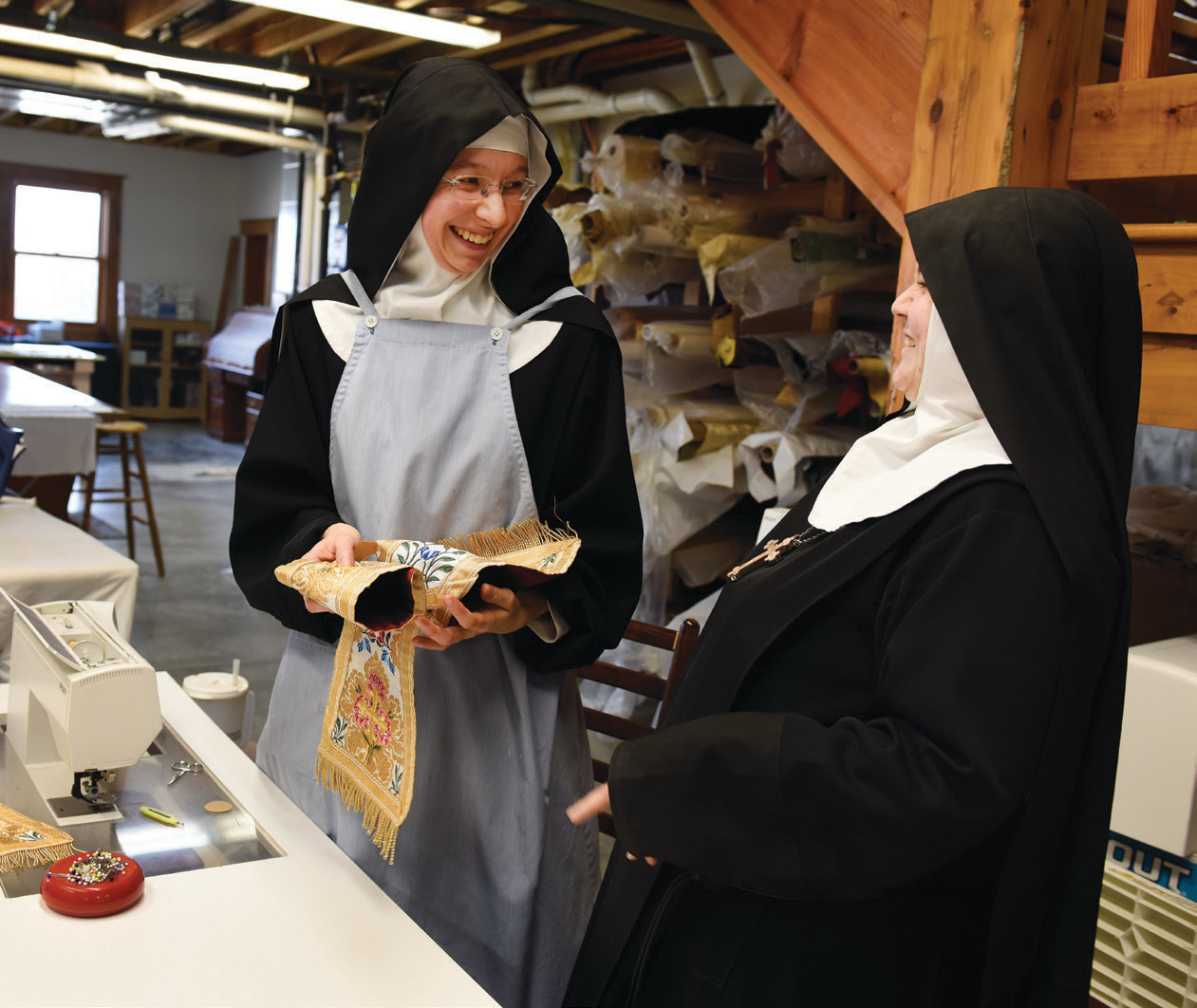 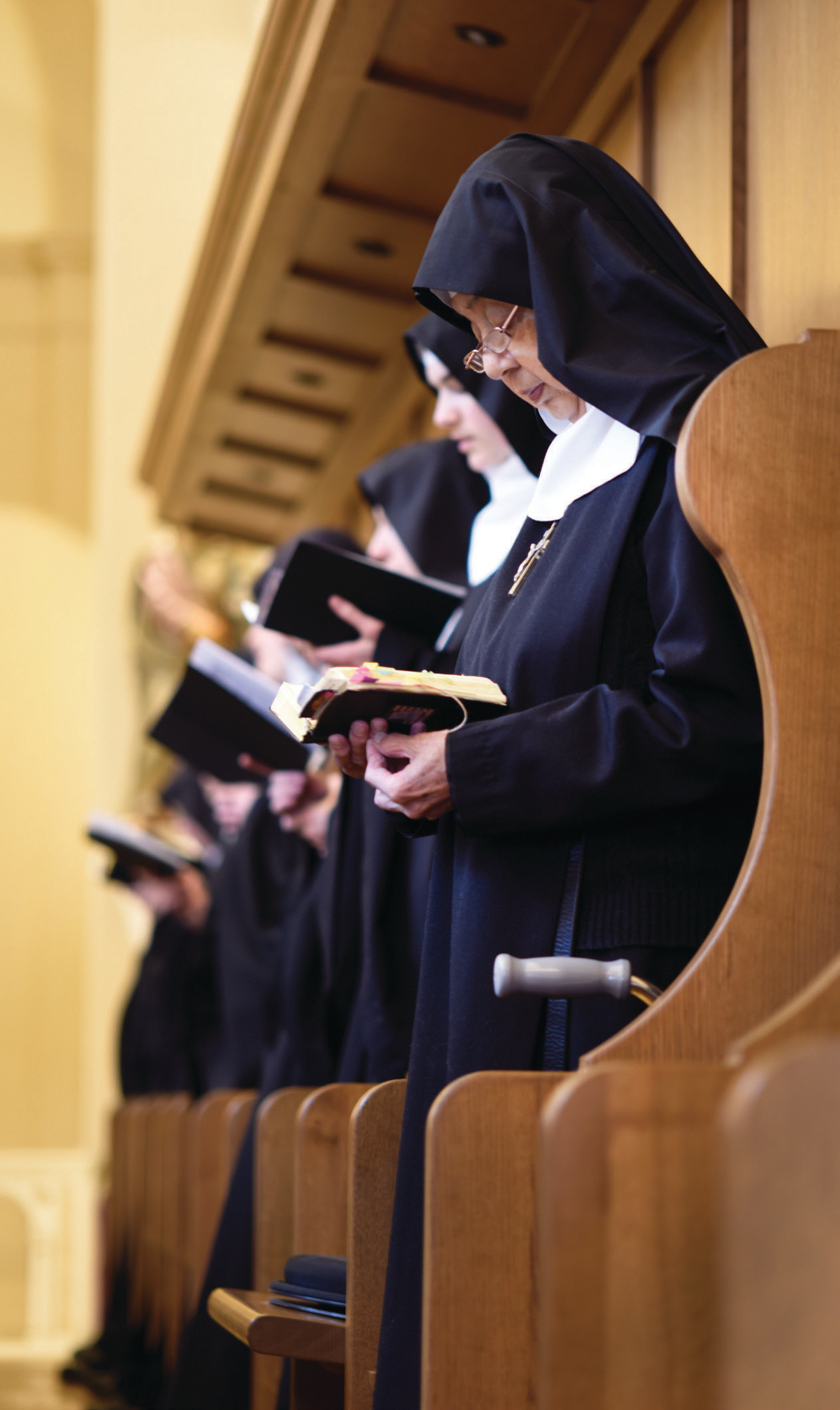 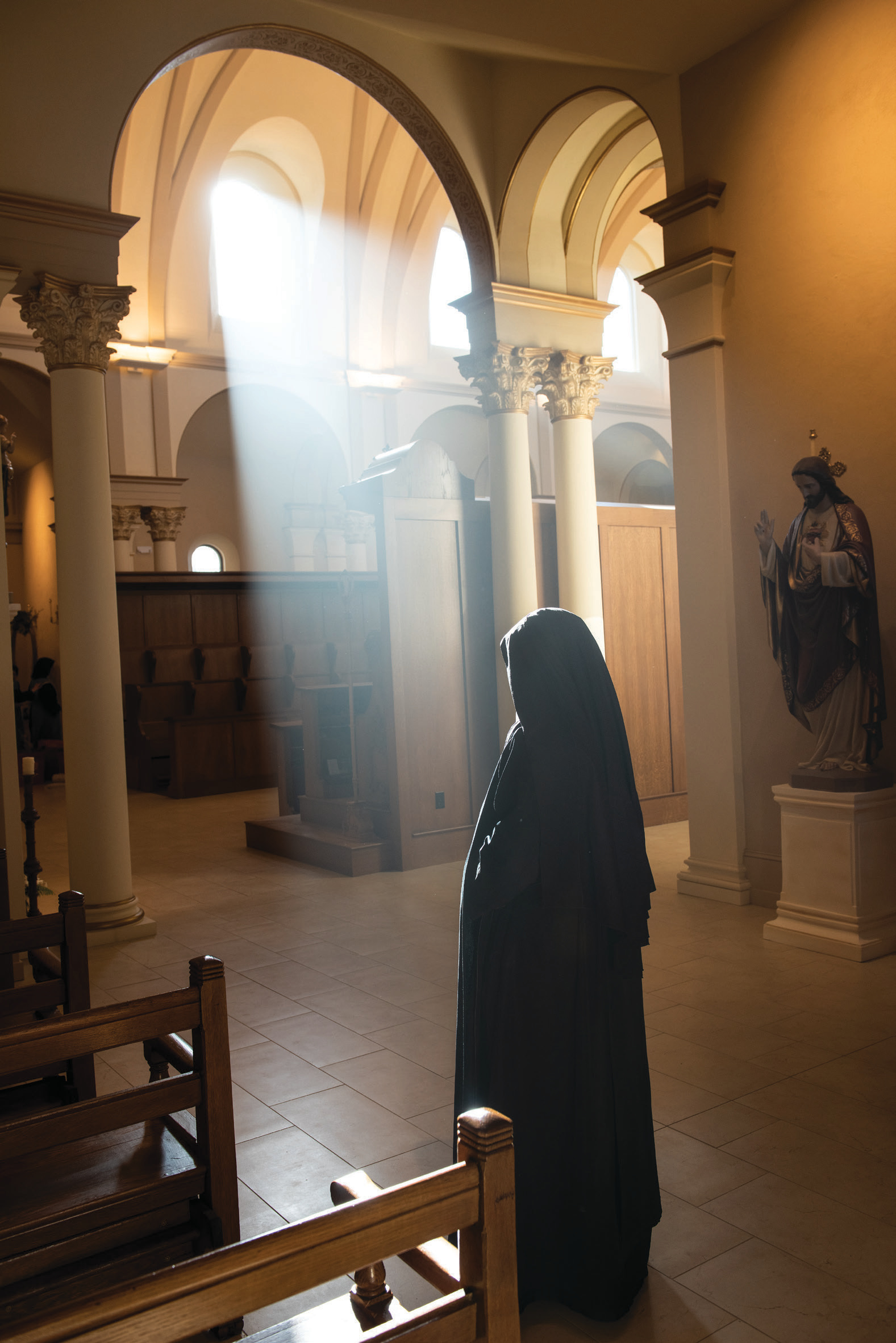 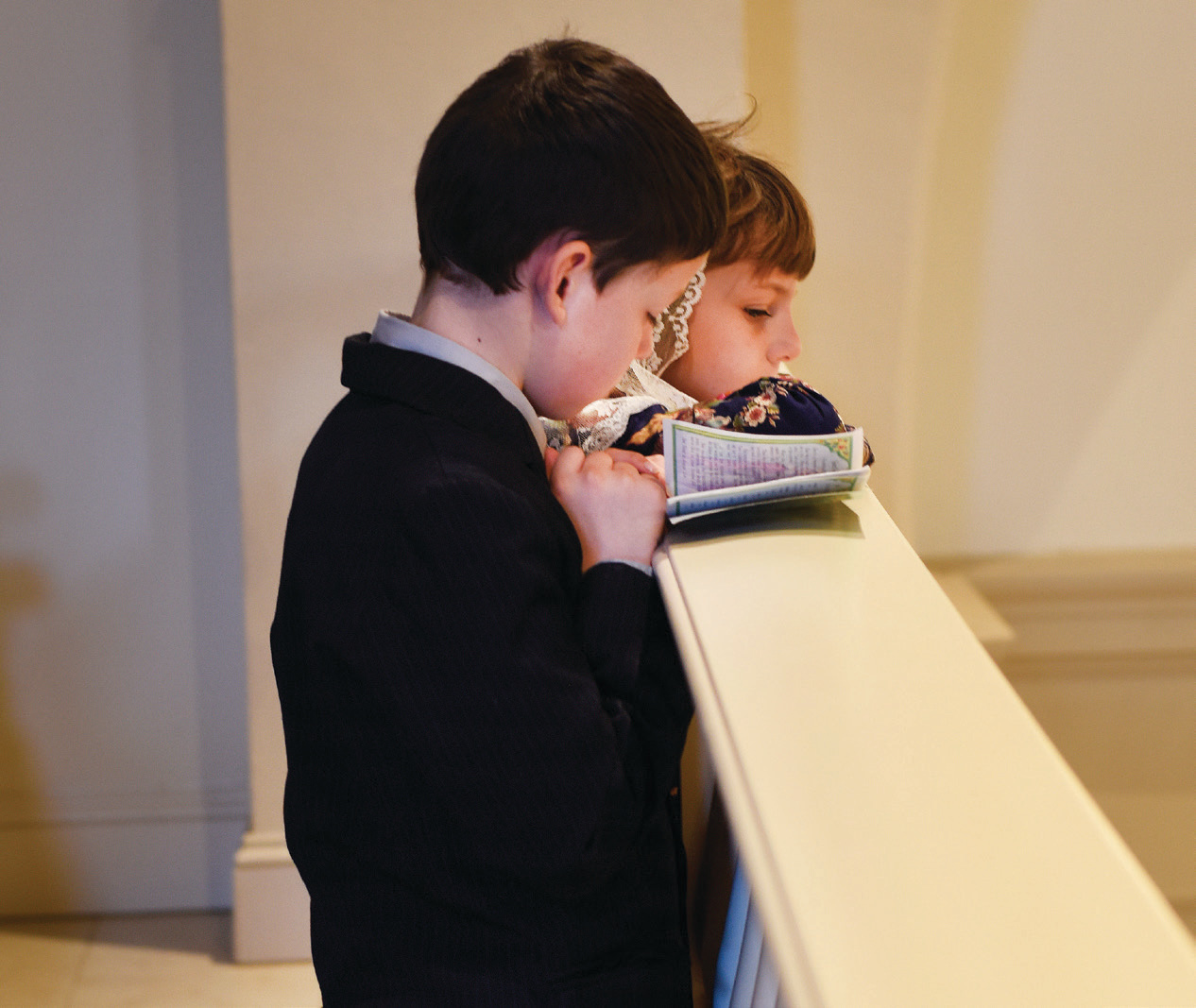 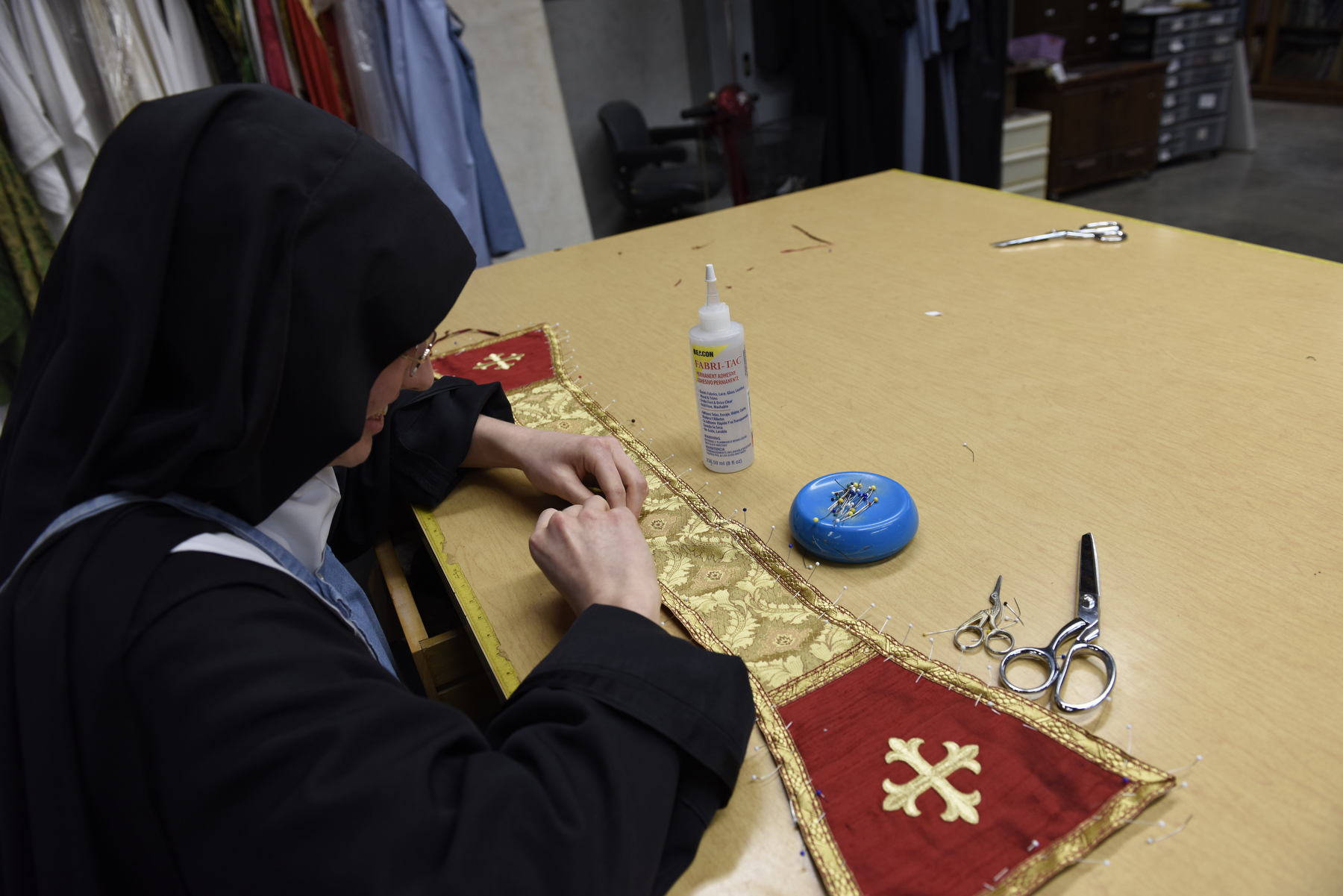 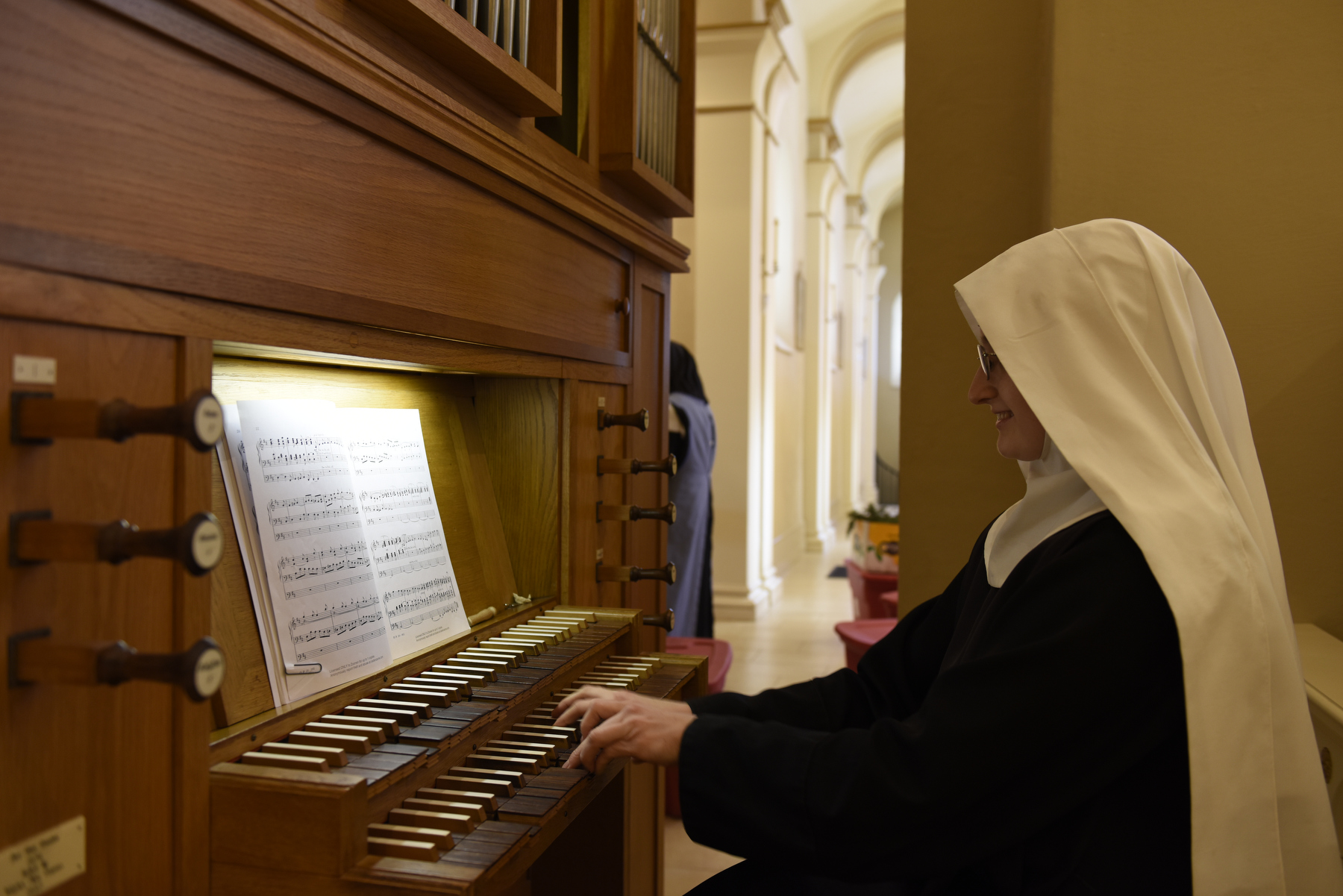 Mother Cecilia says she knew as early as age 10 she was called to do something for God but ignored the calling for many years. After attending college, she went on to play French horn professionally with a symphony in Ohio. Several years later, the musician heeded God’s call, and joined the community in 2003 when it resided in Pennsylvania, later moving to the Diocese of Kansas City-St. Joseph in 2006. Not long after, a benefactor offered farmland in Gower. The sisters had been searching for land in the country, so they made the trip to check out the potential location for a new monastery site.

“There were 14 of us at that time, so we loaded up two cars to go look at the donated property,” Mother Cecilia recalls. “We only had walkie-talkies to communicate with, and as we drew near the property, someone called, ‘Do you see what we’re seeing?’ A cloud above the land looked like a dove, and from that dove, it looked like a finger was pointing down, right where we were.”

Construction soon commenced on the abbey, with the Catholic sisters moving into the monastery located about a half hour north of Kansas City, in 2010. The nuns work daily on the farm, gardening to raise the food they need, sewing and spending much of the day in silence or singing. The property is served by United Electric Cooperative.

While benefactors and members of the Catholic faith helped raise the $6 million needed for the project, the nuns desired to do their part as well. The sale of altar cloths and handsewn vestments they make for priests around the world helped, but the sisters thought they also could raise funds by selling CDs. They had already created a “thank you” recording which was given to benefactors titled “Echoes of Ephesus,” but it wasn’t until a music executive heard their effort that making a professional recording became reality.

With the guidance of the studio and Mother Cecilia’s professional orchestra background, the nuns put together recordings titled “Angels at Ephesus,” “Angels and Saints at Ephesus,” “Lent at Ephesus” and “Easter at Ephesus.” The songs, most of which are sung in Latin, carry on the Gregorian chant tradition. Many of the songs were written by the nuns themselves. So far, the nuns have recorded three additional CDs to help offset building costs.

“We feel like the music offers a peace for souls,” Mother Cecilia says. While she’s not sure of the profit, she knows they’ve sold hundreds of thousands of the musical projects to help with monastery projects.

While the musical projects brought recognition to their monastic way of life, Mother Cecilia says they haven’t recorded in a few years. “We didn’t realize how popular the music would be,” the abbess says. While the public is welcome to hear the nuns sing at 11 a.m. Mass, the remainder of the sisters’ day is filled with hard work and silence, keeping their minds focused on God.

Mother Cecilia says when the abbey was being built years ago, a neighbor saw three white doves sitting at the spot which eventually became the entrance to the site. The neighbor later told the abbess “I knew there was something special going on there.”

The abbey recently completed the addition of a retreat house for priests who need respite from a weary world. Mother Cecilia adds they also have plans to build what they’re calling a “daughter house” at the St. Joseph’s Monastery in Ava so they have additional space for those who’ve been called into the ministry.

“We may consider recording another CD in the future to help offset those expenses,” says the abbess, “but until then, we’ll continue offering our songs simply as prayers unto God.”

To order CDs or listen to sample music clips, visit the website www.benedictinesofmary.org. The Abbey of Our Lady of Ephesus is located at 8005 NW 316th St. in Gower. Morning Mass is held at 11 a.m. and is open to the public. A small gift shop is open to the public from 8 a.m. to 8 p.m.