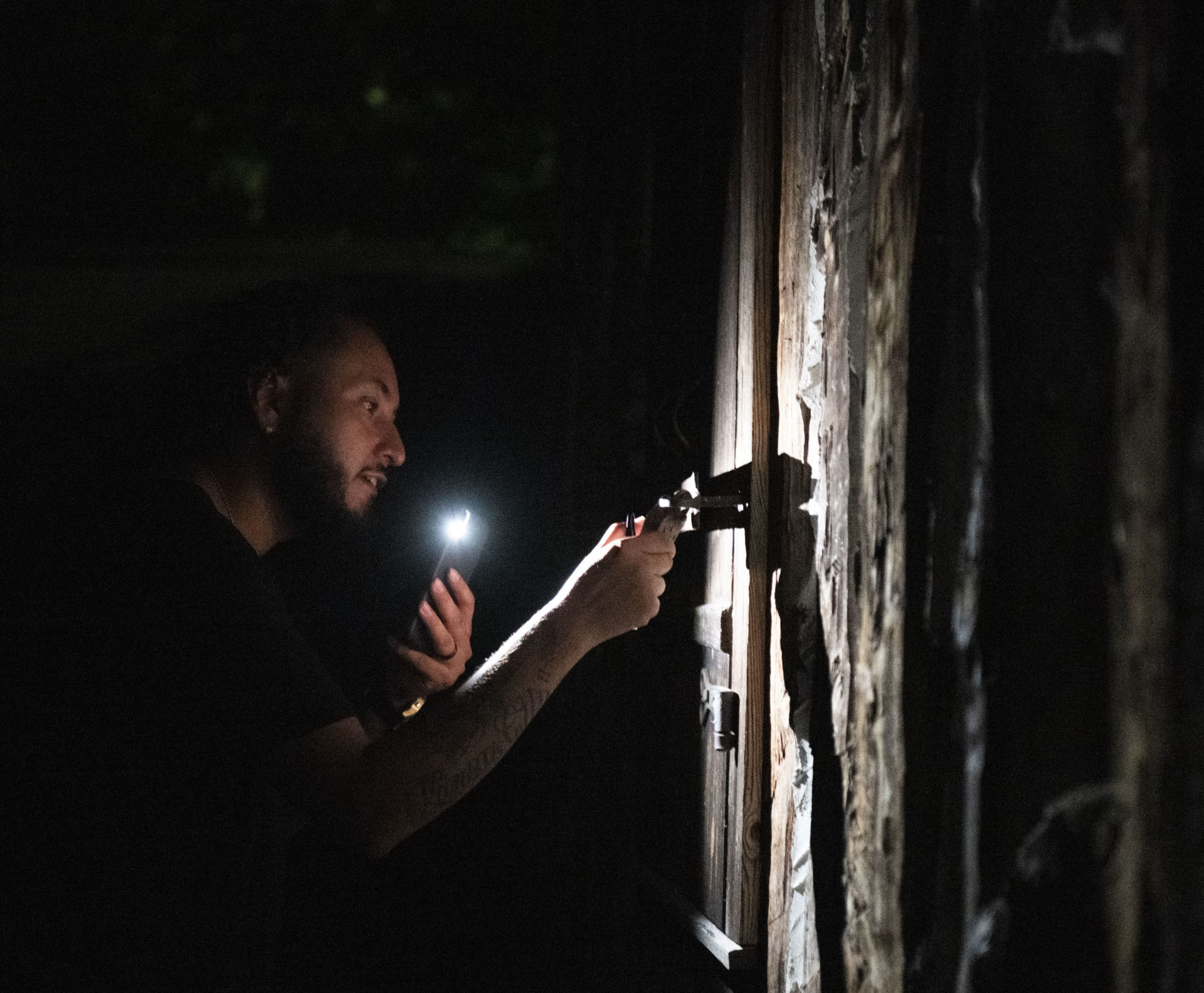 The hustle and bustle of the busy suburban downtown gives way to quiet evenings just blocks away from the Missouri River. As you navigate the cobblestone sidewalks and roadways of downtown St. Charles, you’re pulled back in time as you hear about the history and paranormal happenings in the river town. Whether it’s the sheriff who died by suicide more than a century ago or the mysterious “Lady in White” whose spirit lingers in the downtown, your night is sure to be captivating.

For more than 15 years, guests have been visiting St. Charles to learn more about the town’s rich history and paranormal activity. Michael Henry launched St. Charles Ghost Tours in 2006 and has been leading the year-round walking tours ever since.

The tour is as much about the history of the area as it is the paranormal activities. 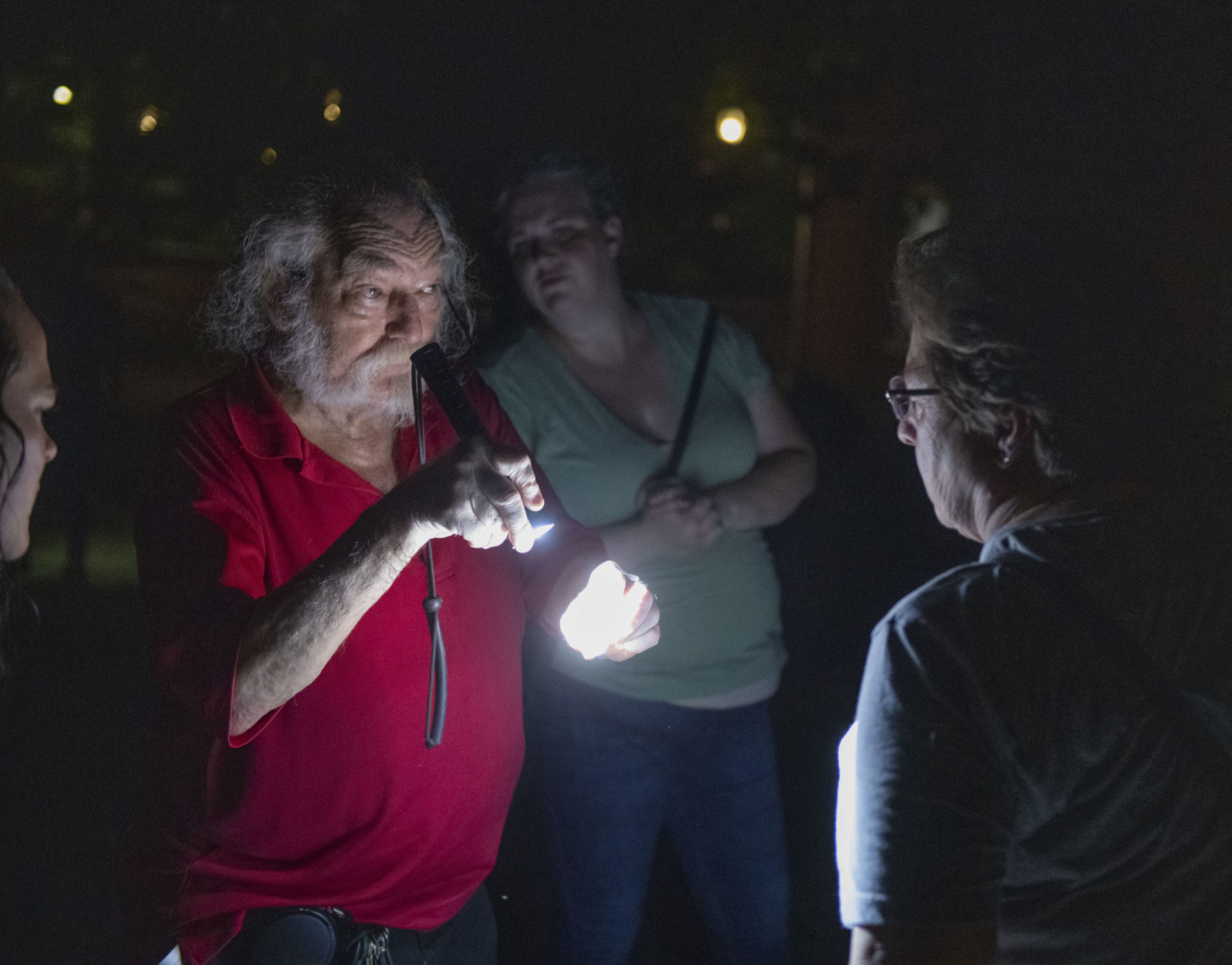 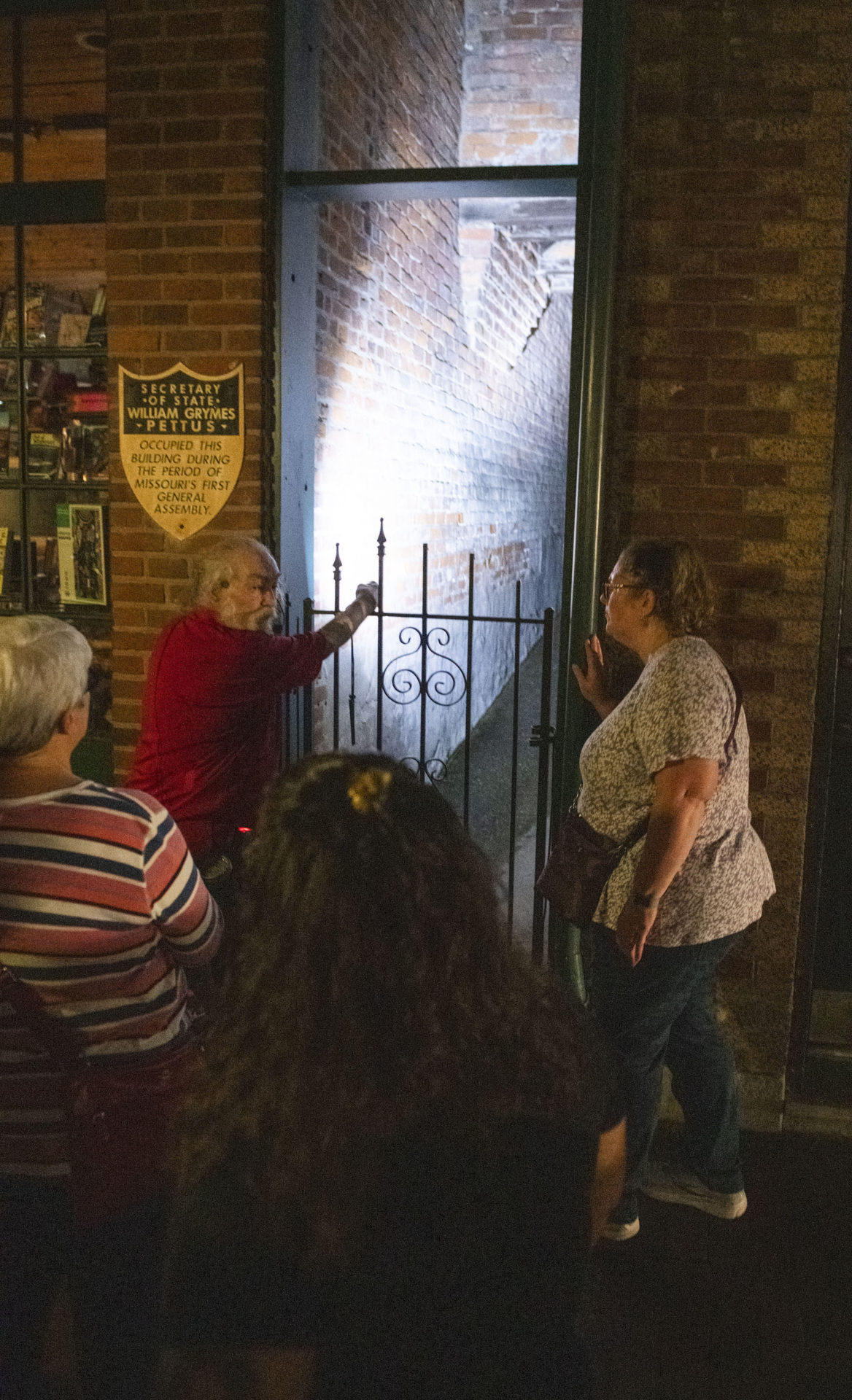 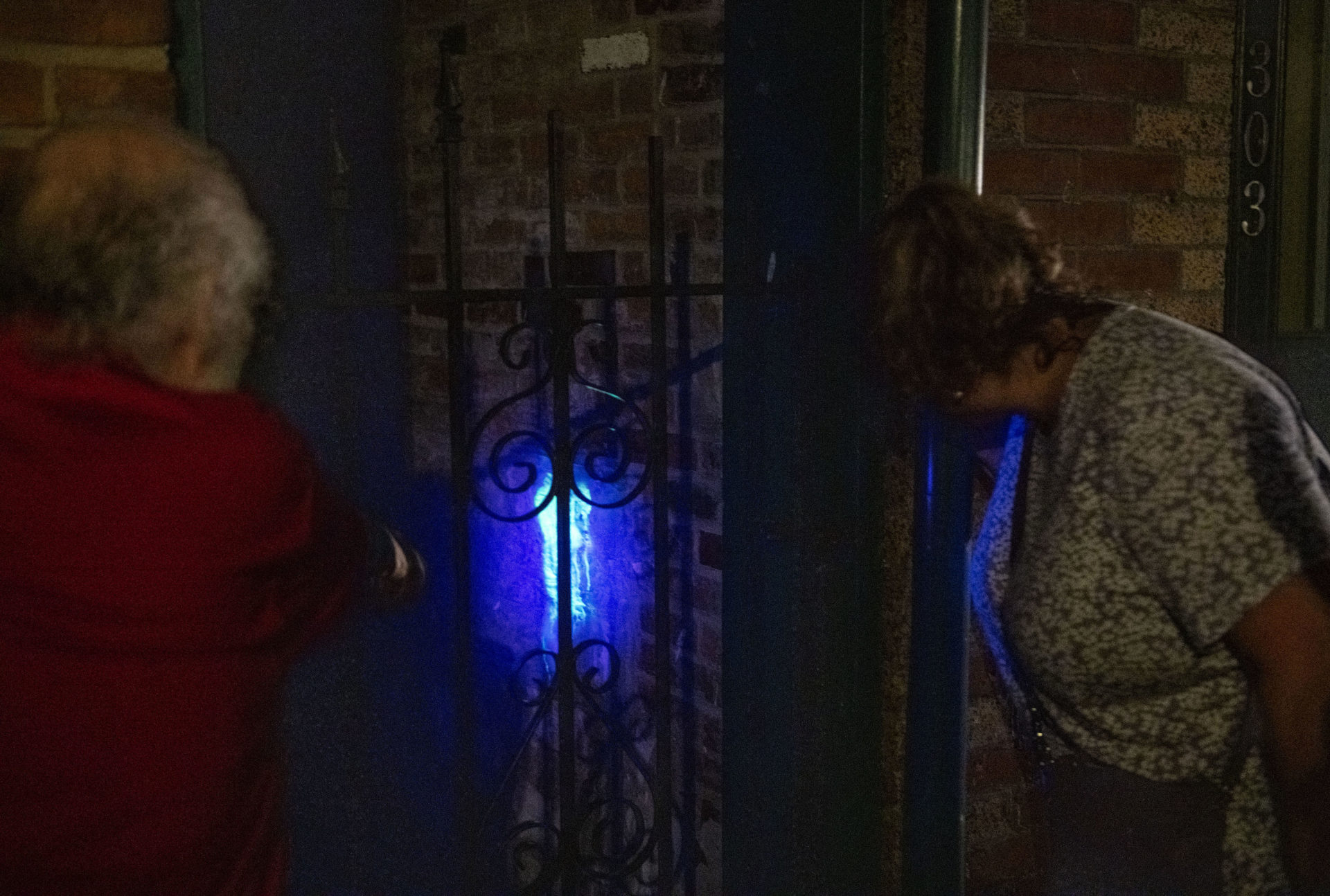 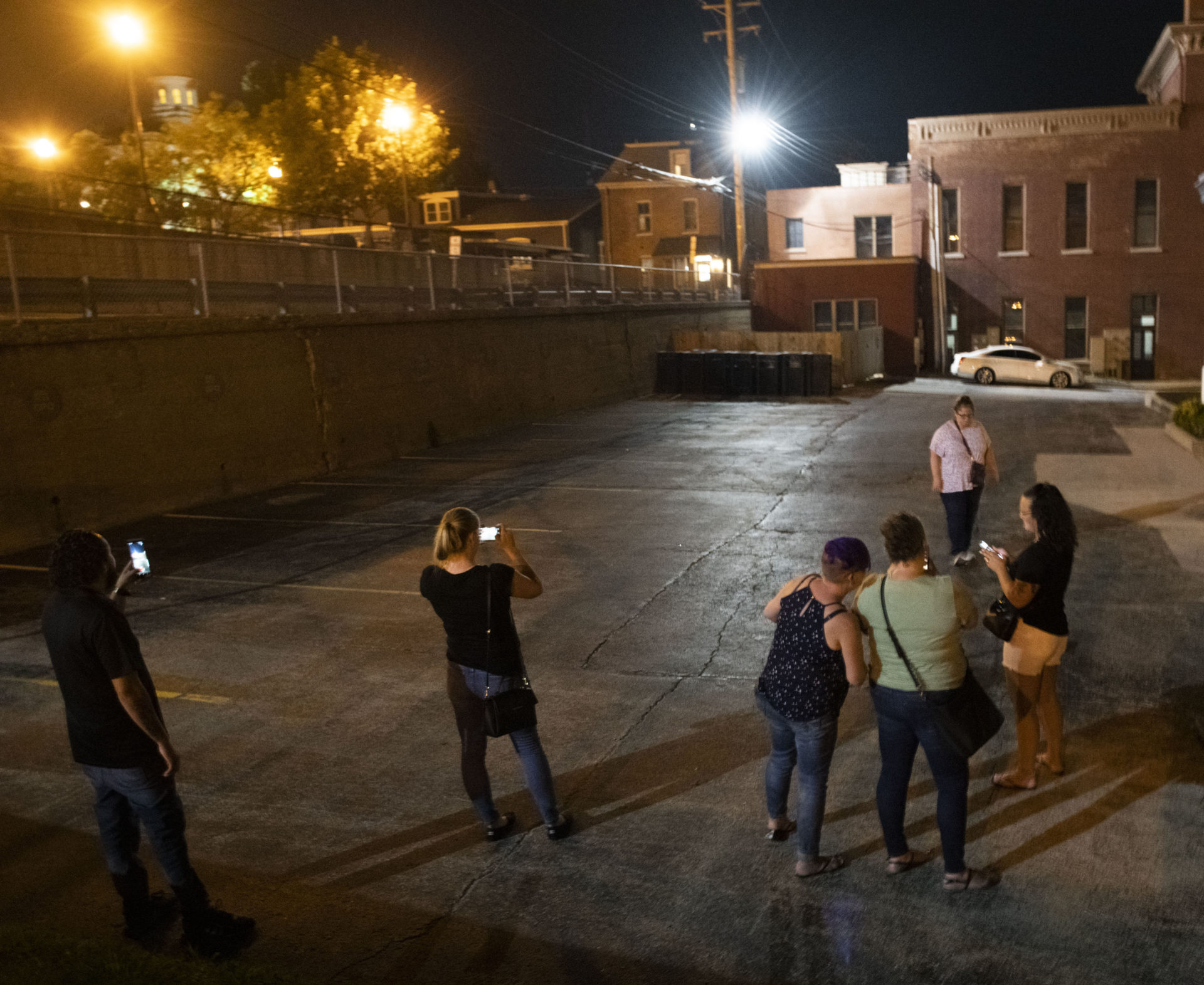 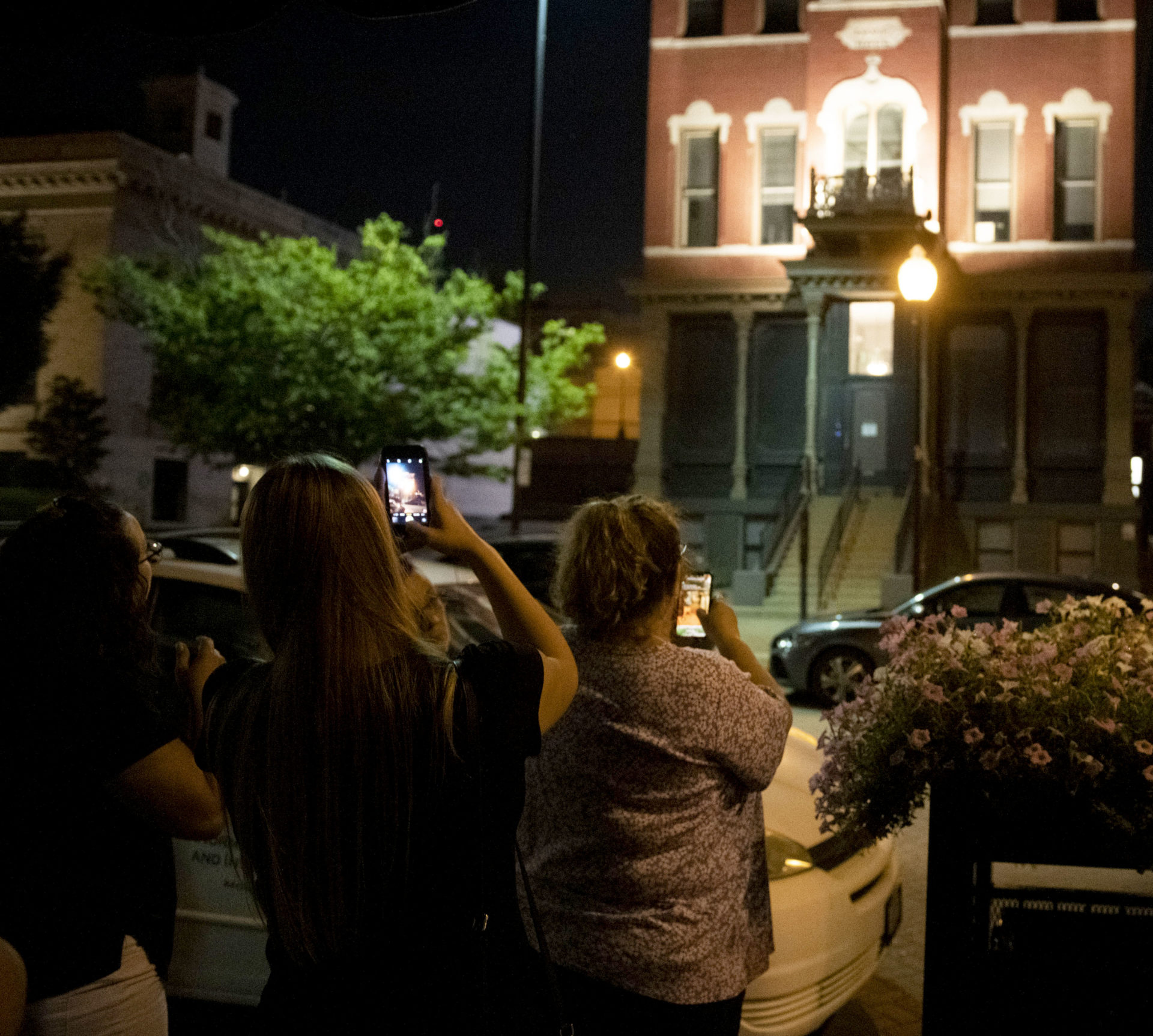 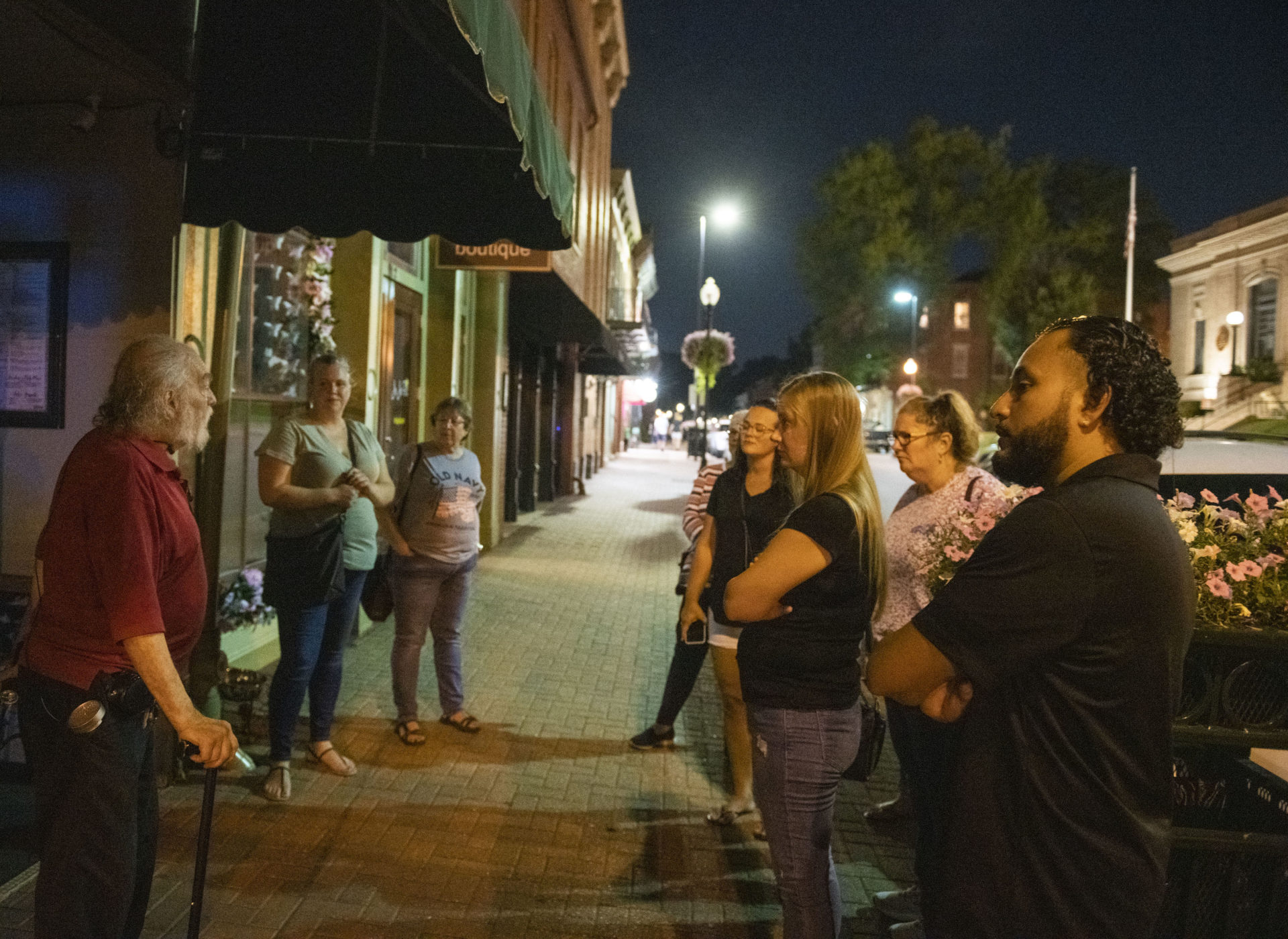 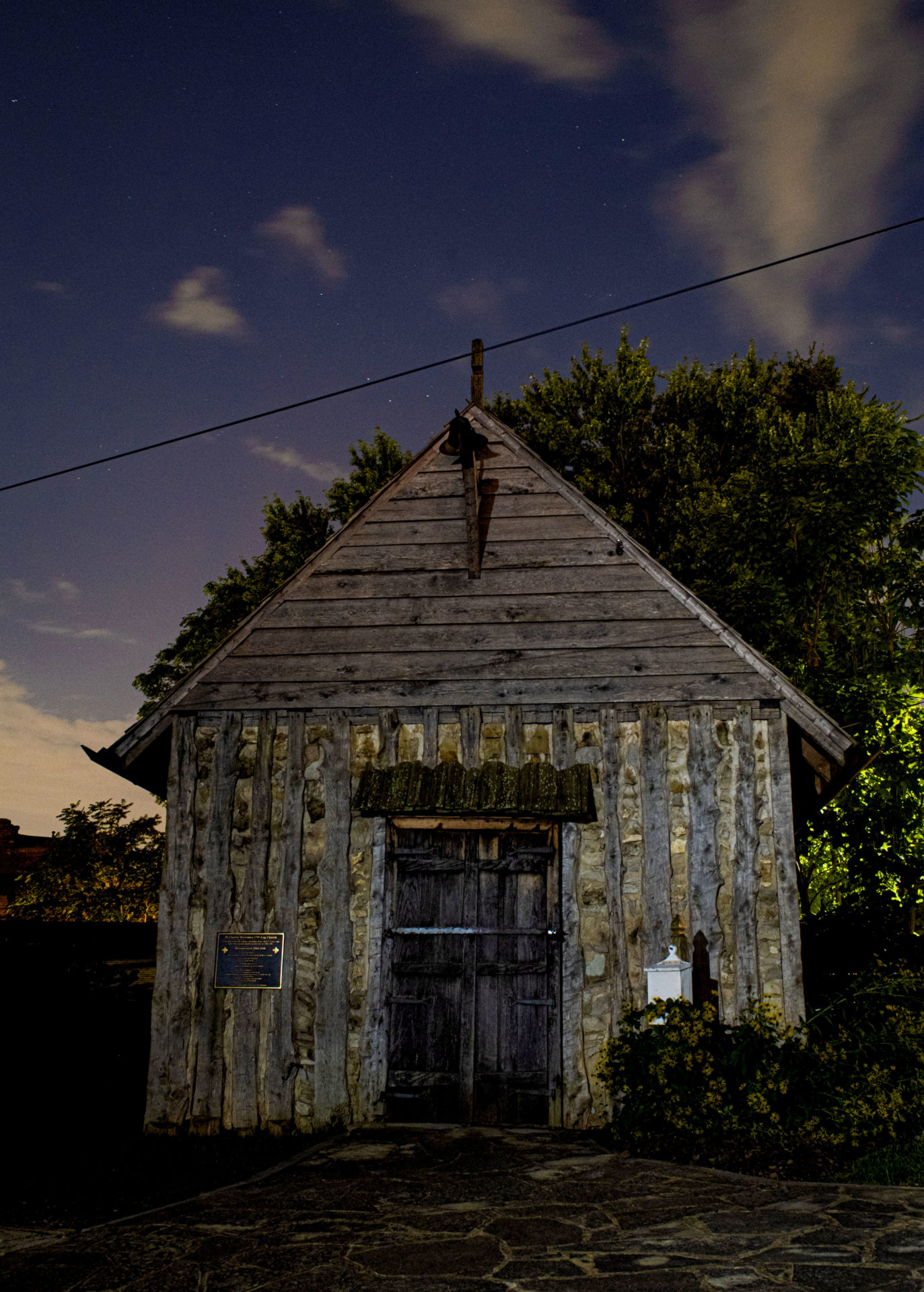 “You have to have the history or it’s just a ghost story; it would be pointless,” Michael says. “For many people they’re just interested in what has happened in the past and what remains today. It’s almost a defiance of death.”

Tours run nearly every evening, originating at the 100 block of South Main Street. Michael greets the groups of up 25 guests before departing down the street. “We start with the overview of the area, going back to the Native American roots,” Michael says. “People have been in this location going back thousands of years.”

There are plenty of stops along the way, including the former site of the St. Charles gallows. Highlights from the tour include a stop at the replica of the 1791 St. Charles Borromeo Catholic Church. The log structure sits on a piece of land just behind South Main Street on the former site of a potter’s field. The bodies were to be removed, but Michael explains some were left. This is where people have witnessed the Lady in White. “She’s the one we see most frequently,” Michael says.

The apparition is of a young girl who likely died of cholera after giving birth. She was buried in her wedding dress and some say reveals herself to passersby today.

Another stop includes the 1904 apartment of Sheriff Ebenezer Curtis. Michael tells his guests about the location and sheriff, who died by suicide in the alleyway. More than a century later, with the help of ultraviolet light, groups can still see bloodstains purported to be from the sheriff. Michael explains that the bloodstain has been preserved by a chemical mixture and power washing in downtown St. Charles.

Ghost tours range between 90 minutes and two hours with approximately one mile of walking. The tours are $25 per person and require reservations. There are a little more than a dozen stops Michael chooses for each tour.

“The age and subtleness of St. Charles is what makes this unique,” Michael says. “People don’t realize how old it is and all of the things that have happened here: the suicides, violence and murders.”

Michael — a former teacher — says that while the tours have evolved over the years, he works to stay true to history. “My research continues, but I strive to be as accurate as I can historically,” he says. “We try to get as much information as we can into the tours. It’s a pretty tight script.”

Michael says he considers his role to be equal parts historian, performer and teacher on the tours. He encourages guests to bring any ghost hunting equipment they have and to take plenty of pictures.

“If we get two or three people who are really into it, it can make for a cool tour,” he says. “They want all the information; they just eat it up.”

He says his tours draw in a wide range of guests, from those all in on paranormal activity to those who have a slightly more skeptical view.

“Some people claim that everything is paranormal and they are just as wrong as the people who deny everything,” he says. “I’m not here to convince you of anything. I’ll present the information and let you draw your own conclusions.”