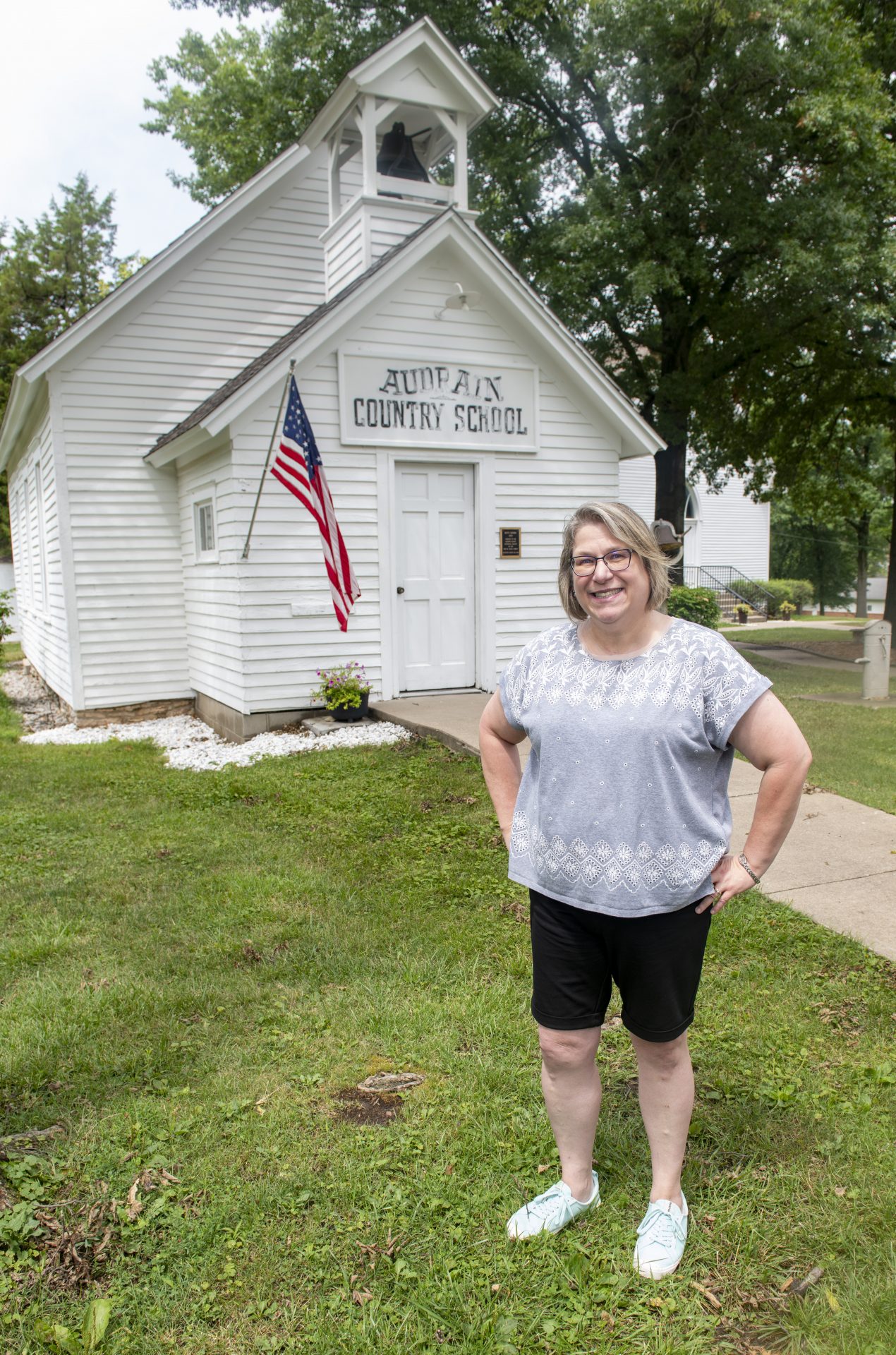 That shoebox full of letters handed down from your parents or grandparents, those handwritten recipes from your great-aunt, those ticket stubs to a Beatles concert from 1966 –— don’t feel guilty about keeping them. They may seem like junk that other family members won’t ever care about, but county, specialty and state historical societies might welcome them to their collections when you are done with them.

“Seldom a week goes by that we don’t receive at least one box of donations,” says Nancy Lewis, museum director of the Kingdom of Callaway Historical Society in Fulton. “Sometimes, so much comes in we can hardly process it.”

Recently, she received a metal trunk, its surfaces painted a faded military green. When its latches are released and it is turned on end, a flat panel extends, turning it into a sturdy desk. “It’s a World War II field desk that my father-in-law, Ralph Musbach, had for years and years,” says John Gray of Fulton. John and his wife, Mary, donated the desk along with the suitcase and leather shaving case that Ralph brought with him to Marine basic training in the early days of World War II. The Grays aren’t sure where in the world the field desk has traveled, but they knew that none of their children wanted it.

Missouri has 87 county and specialty historical societies, not to mention a slew of preservation groups and historical homes. Because these nonprofits depend on limited funding, donations from the public are an extremely important way for them to be able to add to their collections. But most people who are downsizing, decluttering or cleaning the home of a relative who has either passed away or moved into assisted living don’t think of them. “People don’t really consider that their own lives or the material collected around their lives are important,” says Laura Jolley, archivist at The State Historical Society of Missouri.

Not every family keepsake is destined to be displayed in a county museum, but historical societies are likely to preserve, catalog and store just about anything that helps tell the stories of everyday Missouri families and local businesses. For Missourians wanting to explore their family roots, nothing beats the thousands of files county historical societies organize and maintain on local families. In addition to the photographs, diaries and scrapbooks, probate cases and census records are indexed by some societies. “Probate records are considered a primary source,” says Barbara Huddleston, director of the Kingdom of Callaway Historical Society. “A story passed on in your family may or may not be true, so you need to do research with documents to verify it.”

Each of the items at county historical societies and local museums has a story of its own worth telling. Take the 70 colorful quilt squares that Lynne Geweke donated to the Missouri Quilt Museum, in Hamilton. The pieces originated with the grandmother of Ruth Stephens, formerly of Mexico, who was born in 1836. Although experts at the Missouri Quilt Museum haven’t determined the age of the pieces, Lynne believes they were made from silk and other fabrics popular in women’s clothing around the time of the Civil War. “When I donated them to the museum they looked pretty astonished. They said they would not try to piece it together because it’s so old,” says Lynne. 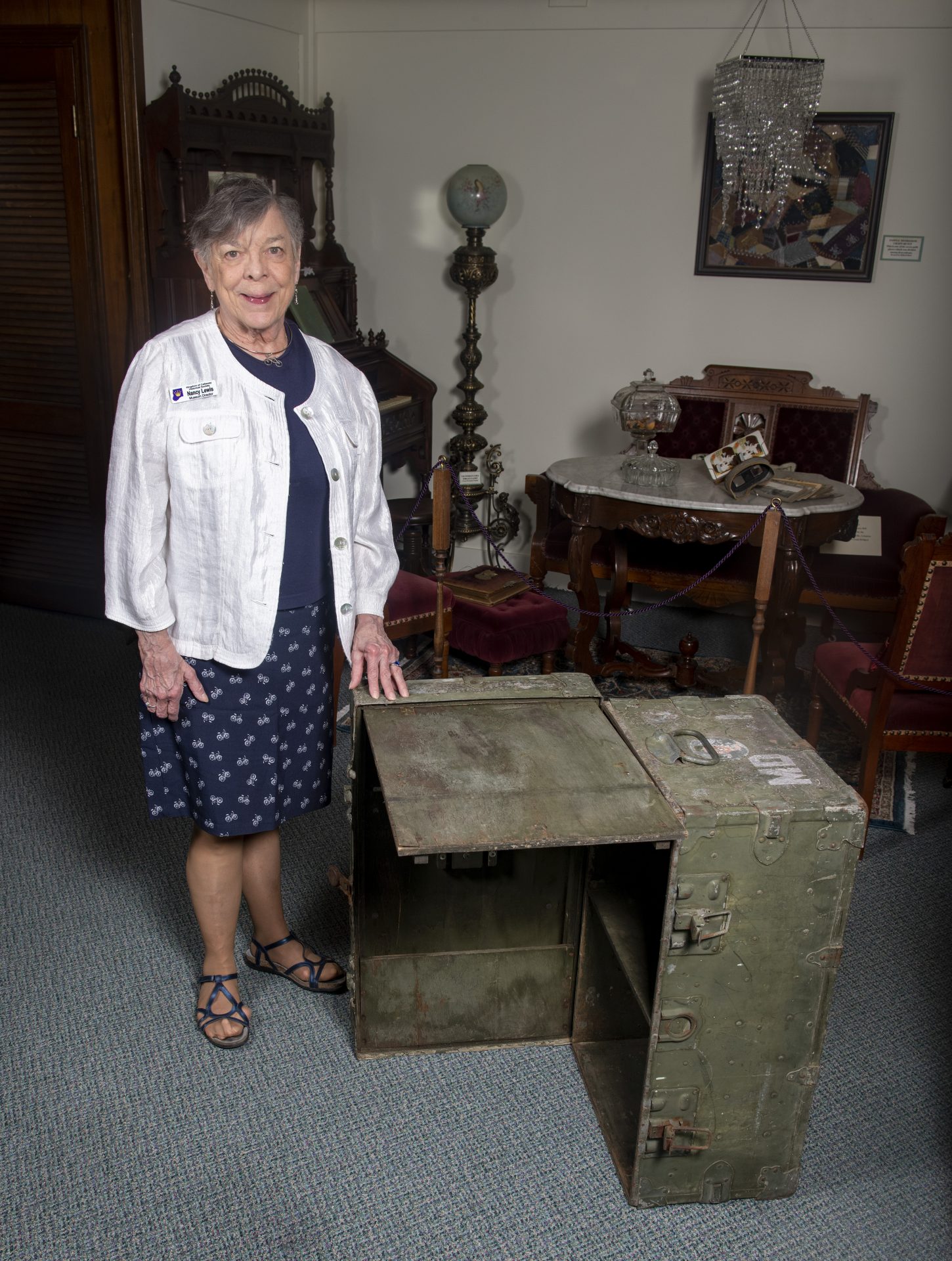 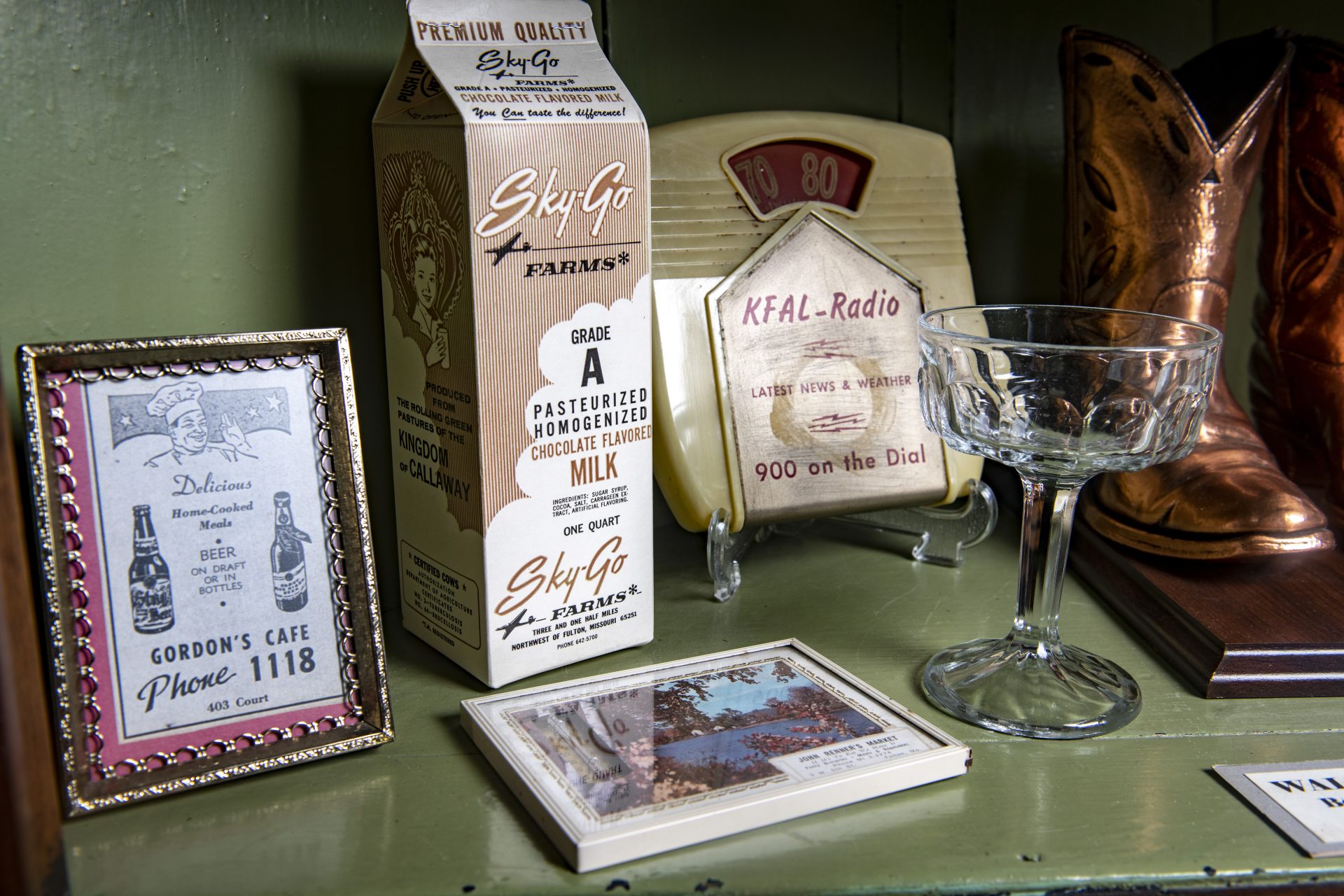 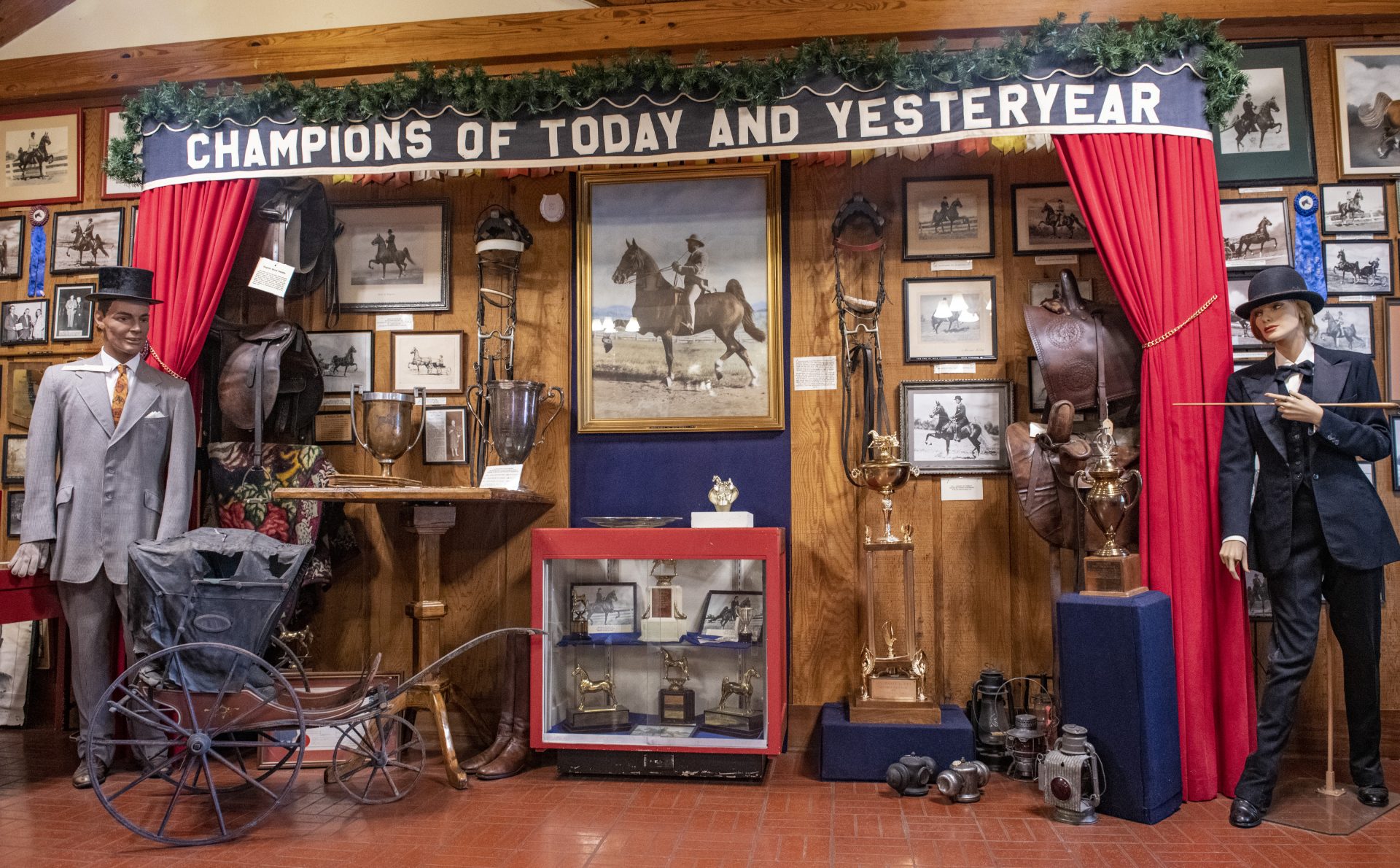 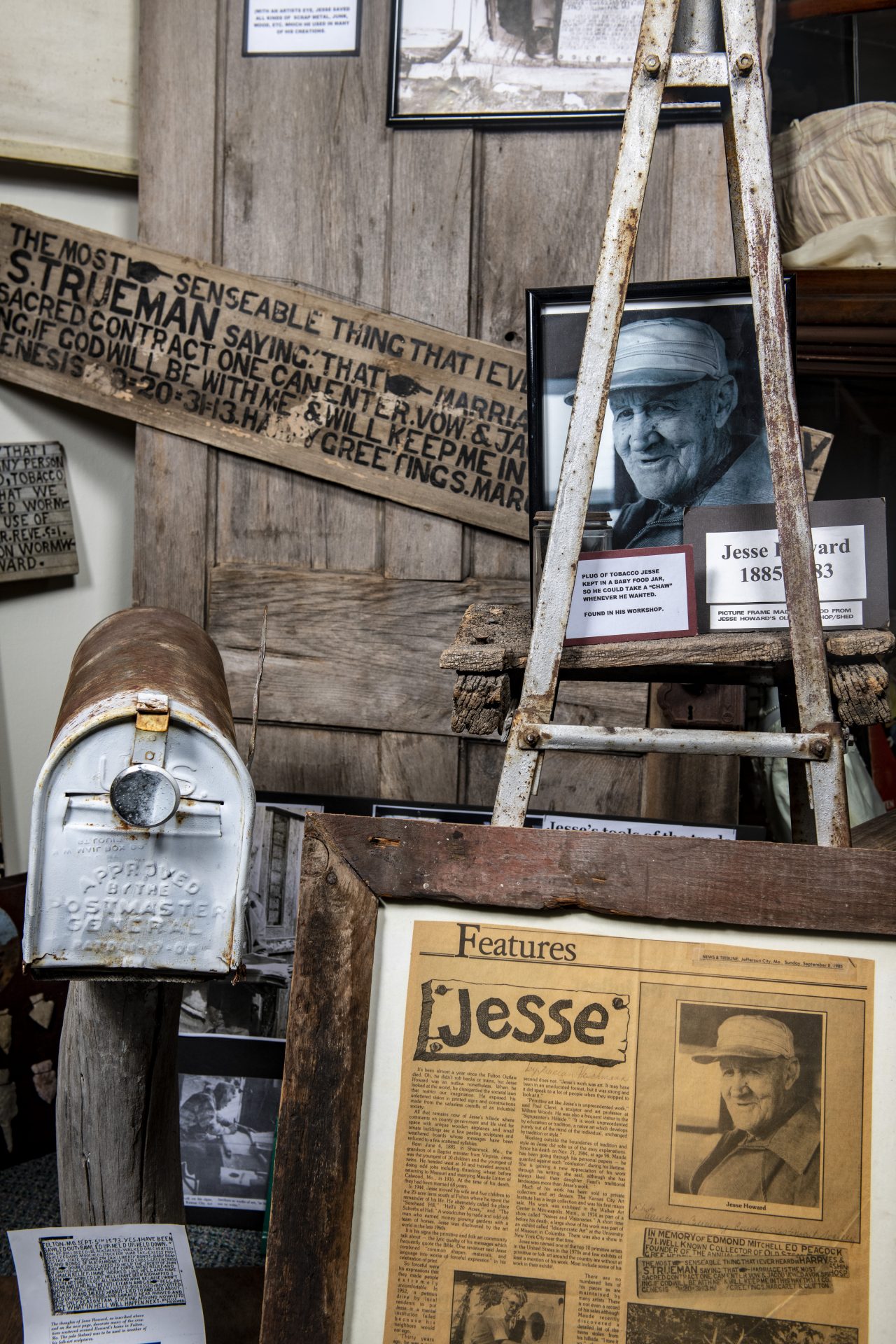 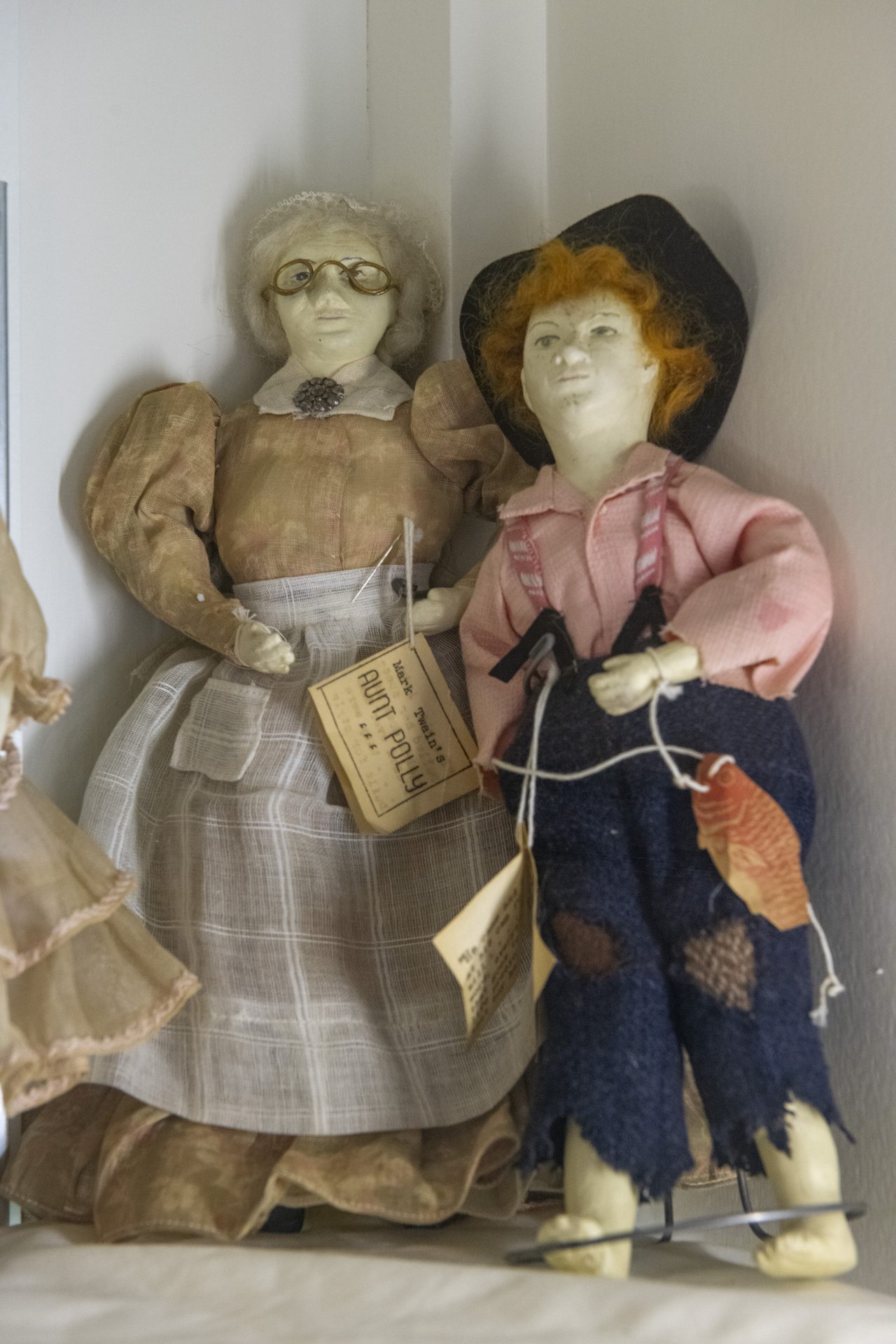 Businesses also contribute to the storied histories of Missouri communities. When the Kirksville Daily Express moved to a smaller office, the company gave 30 years’ worth of archived photos to the Adair County Historical Society. Many are clearly labeled, which is exactly what archivists want.

“For the ones with no identification, we’ll call in old-time community people, pass the photos around a table and see if anybody knows the people in the pictures,” says Blytha Ellis, the society’s director. She and other archivists have a tough time with photos of people who aren’t identified. They may end up being sold to raise funds or given away.

Although most historical society donations can fit in a box or a room, there’s always the exceptionally large item, such as the Audrain Country School that sits behind the Graceland Mansion of the Audrain County Historical Society and Museums. The one-room schoolhouse, originally built in 1903, arrived at its current location in one piece on a huge truck bed, recalls Melody Azdell Farnen, whose parents, Elaine and Ned Azdell, donated the schoolhouse back in 1988. Her great-grandparents had attended the school, and her parents bought it in 1972 for $25. The outhouse that sits behind the schoolhouse wasn’t the original one, and no one knows who donated it. “It just showed up one day and the historical society was glad it did,” says Molly Shellabarger, longtime volunteer with the society.

Whether preserving history or just cleaning out an attic, donors are the backbone of every local historical society. Lori Pratt, director of the Audrain County Historical Society and Museums, appreciates it when anyone chooses to donate rather than sell an item on eBay.

“Money is fleeting,” says Pratt. “It comes and goes, but donated items and the memory they bring can last forever,” she says.

What’s true for Missouri historical societies also holds true for the more than 4,500 historical societies in the U.S. and Canada. But before anyone calls a historical society or donates, Courtney Chartier, president of the Society of American Archivists, recommends that families first talk things out. “It’s important to have a conversation with your family, your kids, your grandkids, and to decide how you feel about your family history and what you want to see happen to it. A lot of the time when somebody passes, the house gets cleaned out and everything goes into the trash — and that’s a tragedy,” she says.

To find a local historical society, visit www.countyoffice.org/mo-historical-society. Be sure to email or call before arriving at their doorsteps with materials to donate.