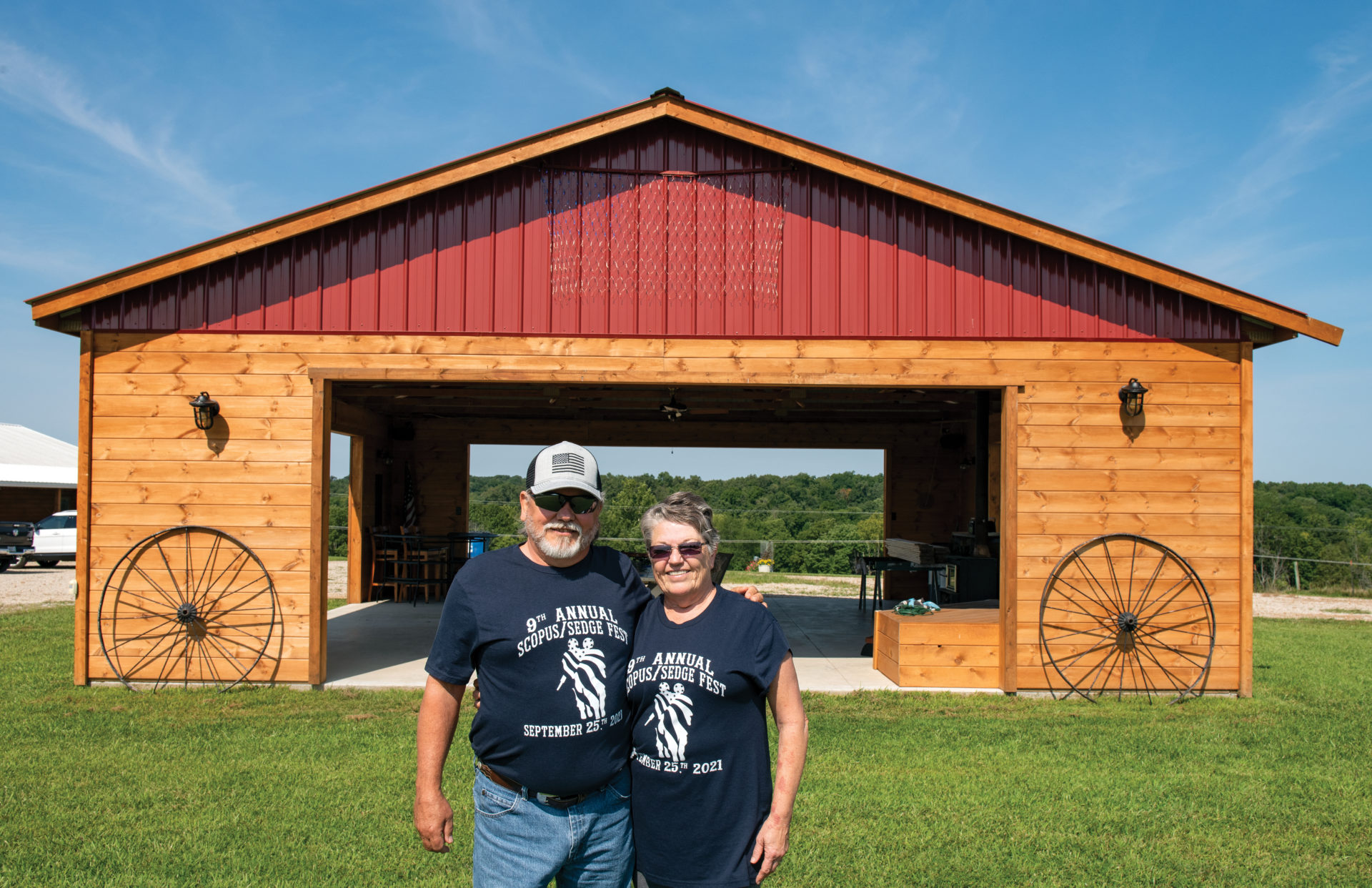 A good time for a good cause

It all started over drinks at the former Bollinger County Country Club. Randy and Brenda “Shorty” Johnson were visiting with friends when the conversation turned to helping others who were less fortunate by raising money in some way. What if it could be done through a festival where everyone had a good time for a good cause?

“A guy sitting at another table said, ‘I was listening to your conversation and are you serious about what you are talking about doing?’ ” Randy recalls. “I said, ‘yeah.’ He said, ‘If you will do it, I will give you $1,000 startup money.’ He wrote me a check and that started it.”

The man was the late Warren Miller, CEO of Cape Radiology. Warren returned later to donate a shotgun to be raffled off at the budding festival. After that the idea, which Randy admits started on a whim, became the first Scopus/Sedge Fest, named for the communities of Scopus and Sedgewickville near where the festival is held. Now in its ninth year, the 2021 festival is set for Sept. 25.

Over the years, the festival has raised thousands of dollars for worthy causes, starting with the Heartland Down Syndrome Association, a parent support group for families of children with Down syndrome.

“A buddy of mine who just showed up, he has a granddaughter with Down syndrome and he’s the one who suggested it,” Randy says. “So we got in touch with them and started raising money for them.”

The donation was unexpected but much appreciated, says the group’s coordinator, Claire Watson. “It was a huge surprise because we did not know them. They didn’t have any connection to our group,” she says. “I just got a call out of the blue one day that they were doing this event and they were going to be donating funds. It’s amazing the amount of money they raise, and in that community it is just astounding how generous people are. They are just super people.”

The support group uses the money to put on fun events for its members and also to bring in nationally known speakers.

In recent years the festival has benefitted the Hope House for foster kids, the Resurrecting Lives Foundation for soldiers with traumatic brain injuries and post-traumatic stress syndrome, the Missouri National Veterans Memorial in Perryville and Shriner’s Hospital for Children in St. Louis.

Last year’s festival, which took place in the midst of a pandemic, still raised $8,361. “That’s a lot, especially when you are out in the middle of nowhere in a small community like we are,” Randy says.

For the first three festivals local performers Curtis Cook and Chas Watkins were paid to play for the crowd. “After that when I called to ask what he would charge, Curtis said, ‘Why would I charge? It’s a benefit isn’t it?’ ” Randy says. None of the bands have charged since, and they bring their whole crew.

The Johnsons, who are members of Black River Electric Cooperative, host the event at their home in the former country club. They built a stage for the bands to perform on. Last year they added a pavilion so that guests had a place to dance to the music. A local rental business donates a large tent, tables and chairs that make the event possible. 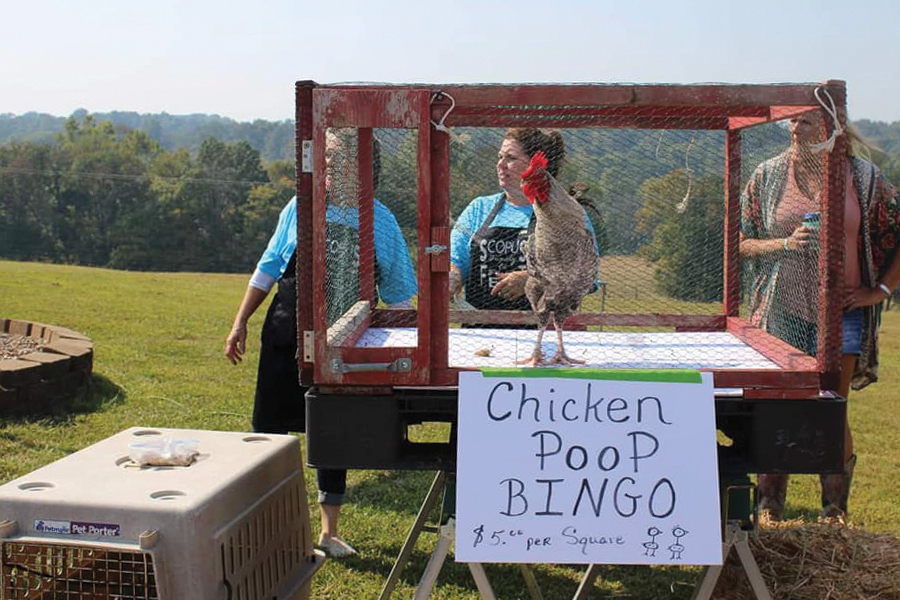 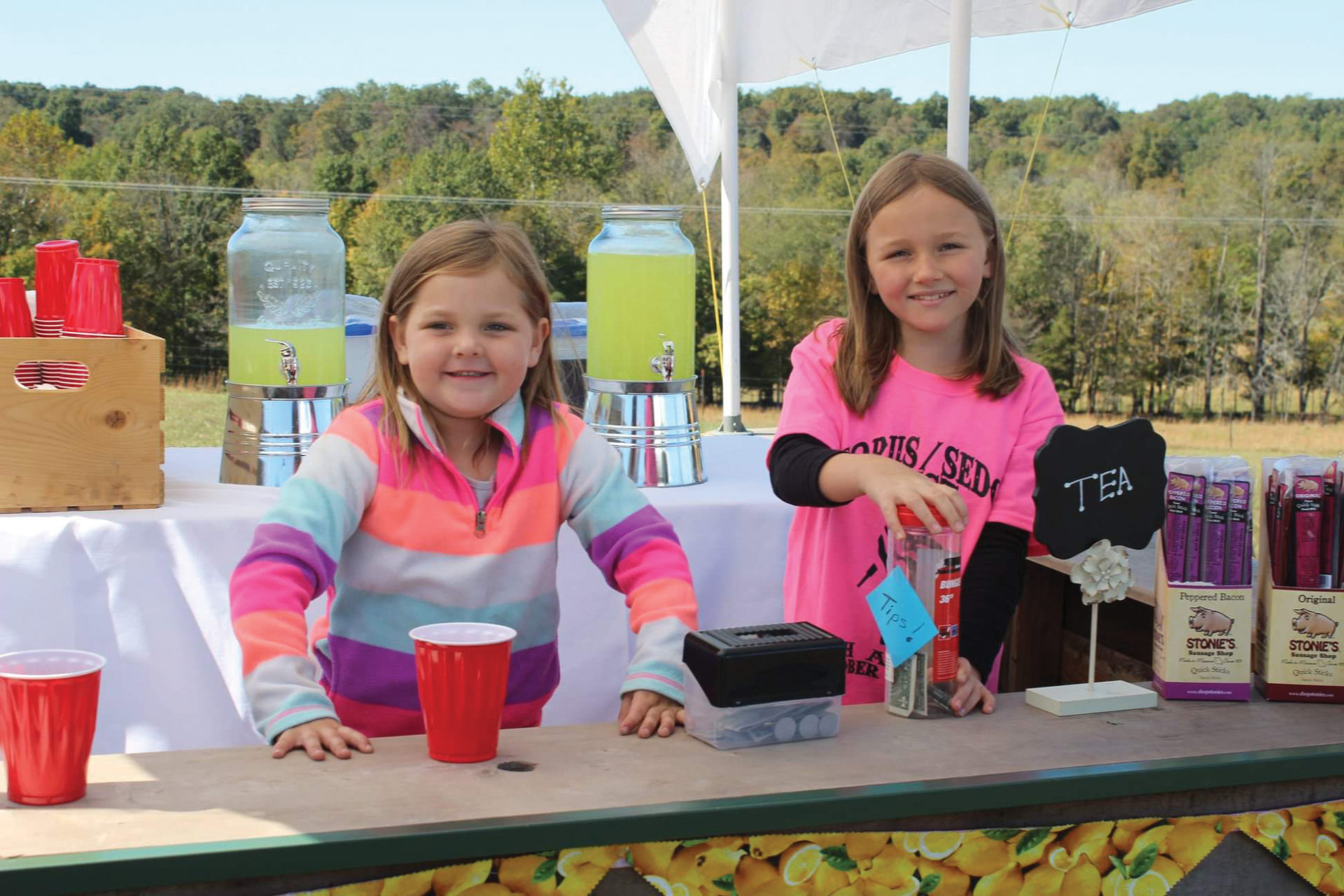 As word of the festival spread, it has grown by both the number who attend and the quality of the items in the raffle and auction that raise the bulk of the funds. For five years now country singer Travis Tritt has joined the effort, donating a signed guitar to be raffled. He’s even appeared on social media wearing a Scopus/Sedge Fest T-shirt.

Area businesses and individuals from as far away as California donate prizes ranging from Stihl chainsaws to baskets full of kitchen utensils and an over-under shotgun donated for this year’s raffle by “a couple caring souls.” There is a live auction with Randy serving as auctioneer. Someone goes home with a flat-screen TV as a door prize. Even kids get involved selling lemonade.

Besides music performed by local bands, there are many events designed to let young and old have fun. Pumpkin painting, badminton and bean bag toss games are popular with the kids, while the adults hoot and holler as they await the results of the “Chicken Poop Bingo.”

“I usually start the day off playing some music for them,” Randy says. “Then we have karaoke. After the auction then the bands start. It’s just a day to come enjoy yourself for a good cause.”

No festival would be complete without food, and this one includes hamburgers, homemade chili and chili dogs. Curly’s Kitchen in Jackson donates the food and the time it takes to prepare it.

It takes 30 vounteers to put on the festival. It’s a lot of work for the festival’s hosts, but they don’t mind a bit considering the support they get from friends and neighbors. “What else do we have to do when we get old?” Brenda says with a laugh.

“We’ve been blessed,” adds Randy, a disabled veteran. “All our kids are healthy, and our grandkids and great-grandkids. That’s why we try to give back.”

This year’s Scopus/Sedge Fest is set for Sept. 25 at the former Bollinger County Country Club. Admission is $10. From Jackson, take Highway 72 to State Route B south and watch for the signs. For more information call 573-238-5580 or 573-282-0480. You can also follow the festival on Facebook at Scopus Family & Friends Festival.