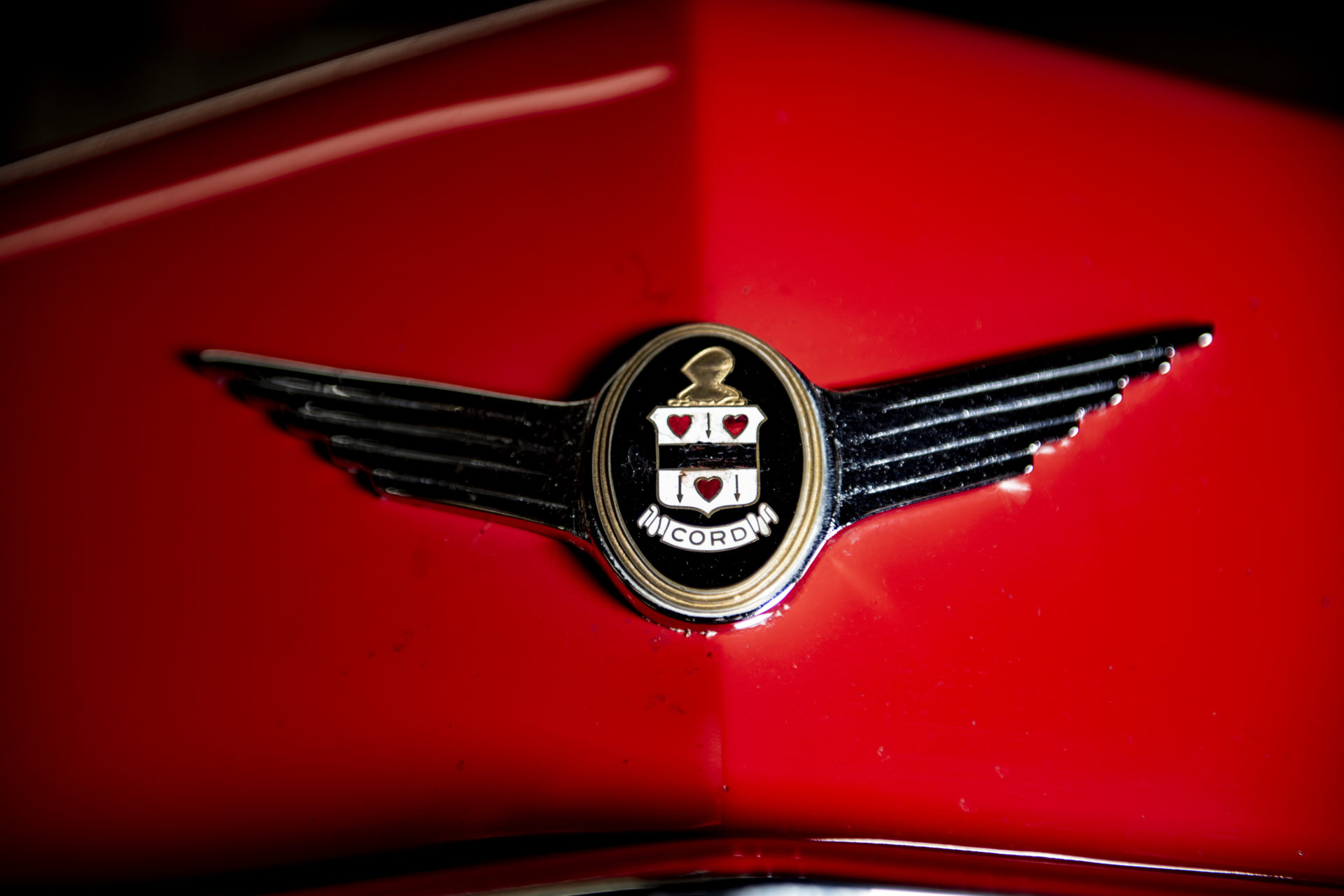 Multimillionaire. Giant of industry. Twice the cover subject of Time magazine. All of these describe one-time Marshall resident and automotive innovator E.L. Cord. Yet he is not as well-known among most Americans as Henry Ford or Walter Chrysler, whose cars and corporations still carry their names.

Errett Lobban Cord — who preferred “E.L.” because of his unusual name — was born in Warrensburg on July 20, 1894 to storekeeper Charles William and Ida Lobban. When his store failed, E.L.’s father was given a job in a jewelry store in Joliet, Illinois, by his brother-in-law. Charles Cord later moved to Marshall in July 1907 according to The Marshall Republican and started the town’s first wholesale grocery business. Three months later, he sold his business and moved to Los Angeles.

Like most boys, E.L. liked cars. His contemporaries would say, “He liked fast cars.” He was a salesman for a used car agency at age 17 and at 18 got a job at a Buick dealership. At 19, he built his first “cut down,” what we now call a hot rod.  He bought a run-down Model T Ford for $75, repaired it and sold it for $675. Within 18 months he had made and sold 20 such conversions at an average profit of $500. He entered races, not only because he liked speed, but also because if he won, he could sell the car for $200 to $300 more than he would otherwise receive.

At Christmastime 1918 he headed east where in Chicago he was hired as a salesman for the Thomas J. Hay Co., sellers of Chandler cars. Always looking for a better position, he left to sell cycle cars. Then, in early 1920 he returned to Los Angeles with the California rights to sell a new type of gas heater. Meanwhile Jack Quinlan, sales manager for the Hay Co., acquired regional distributorship for the Moon car made in St. Louis. Quinlan knew E.L. was a super salesman and offered him 25% interest in the agency to entice him back to Chicago. E.L. readily accepted. This was a pivotal moment in his career.

The agency was soon selling 60% of factory production. Cord earned $100,000 selling cars — roughly $1.33 million today, when adjusted for inflation — and was one of the young stars in the automobile industry. He became good friends with one of his customers, Ralph Austin Bard, a director of the ailing Auburn Automobile Co. Finding Cord’s ideas on production sound, Bard took him before the unhappy directors of Auburn. Cord was hired as vice president and sales manager in June 1924.  The official souvenir book for the 1974 grand opening of the Auburn Cord Duesenberg Automobile Museum states that E.L. turned down, “a reported $36,000 salary, and asked only to be given 20% of whatever profit he made for the firm, plus an option to buy all its common stock.” During his time at Auburn he introduced a four-cylinder engine to reduce price and increase fuel economy, and added an inline eight-cylinder model for those wanting performance. He moved Auburn a decade ahead in style by using six-spoke wheels, forward slanting louvers on the hood, non-glare windshields and other body changes. By the end of 1924, E.L. had paid off the company’s considerable debt. The company ended 1925 with a surplus of more than $655,000 versus the previous year’s losses. This quick, profitable recovery enabled him to gain control at Auburn. He was named president at age 31 — the youngest president of any motor car company.

In 1926, Cord acquired the struggling Duesenberg Motors Co. of Indianapolis. He directed Fred Duesenberg to design a super luxury car. E.L. insisted that every detail be innovative. He wanted a big, heavy car that would do 100 mph, dictating the engine be a twin-cam, straight-eight with chain drive to the camshafts — the latter to reduce engine noise. He designed a dash with instruments that had never been used before, added an altimeter and introduced the three-spoke steering wheel. Bodies were custom built.

In December 1928, Cord introduced the famous Duesenberg Model J. This luxury car soon became a status symbol for the rich and famous. It is no stretch to say it is now one of the most desirable vintage American cars, often selling for over $1 million. The saying “It’s a Duesy,” although recorded before the company ventured into passenger vehicles, later proved synonymous with something of the highest quality. 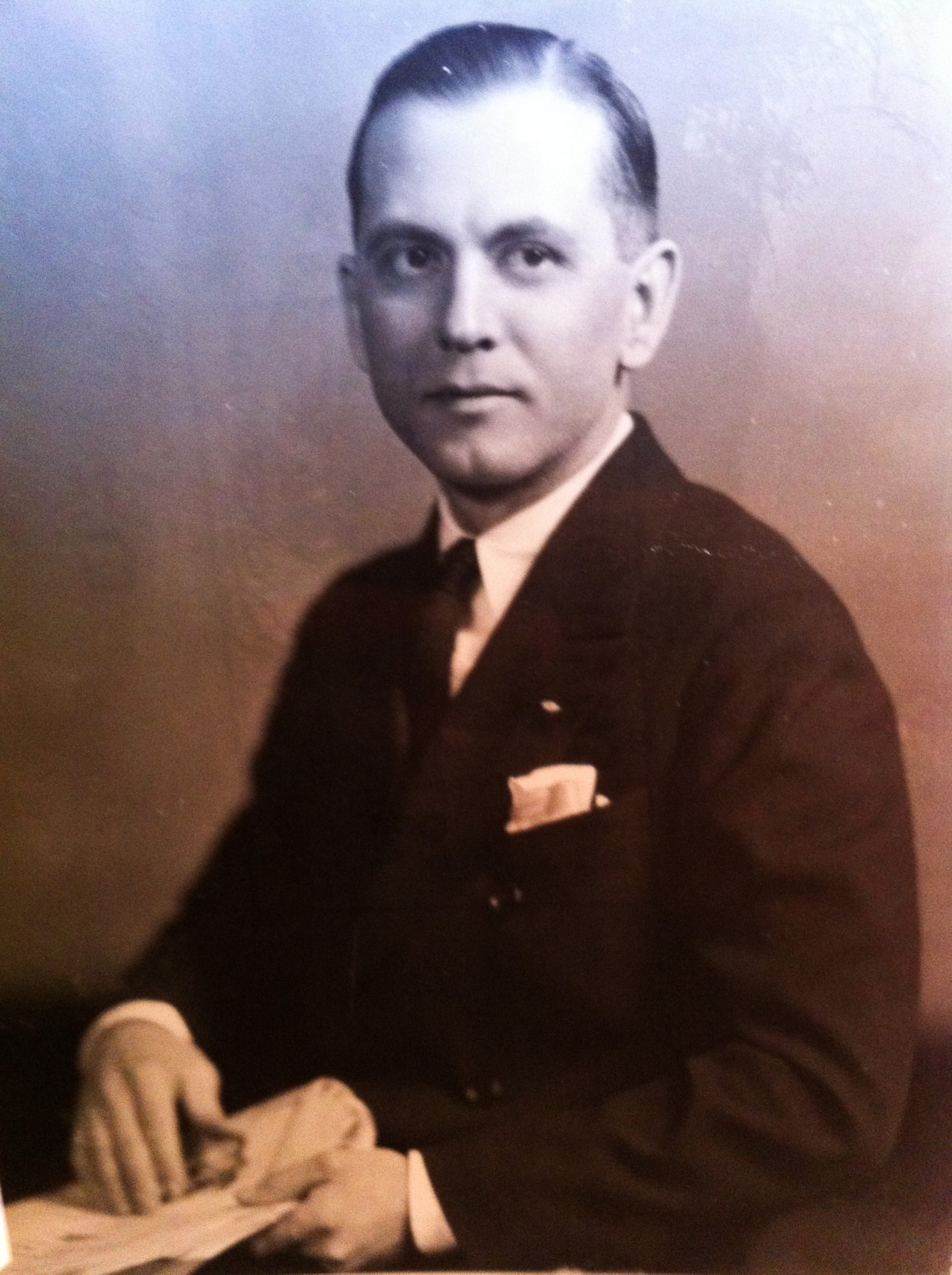 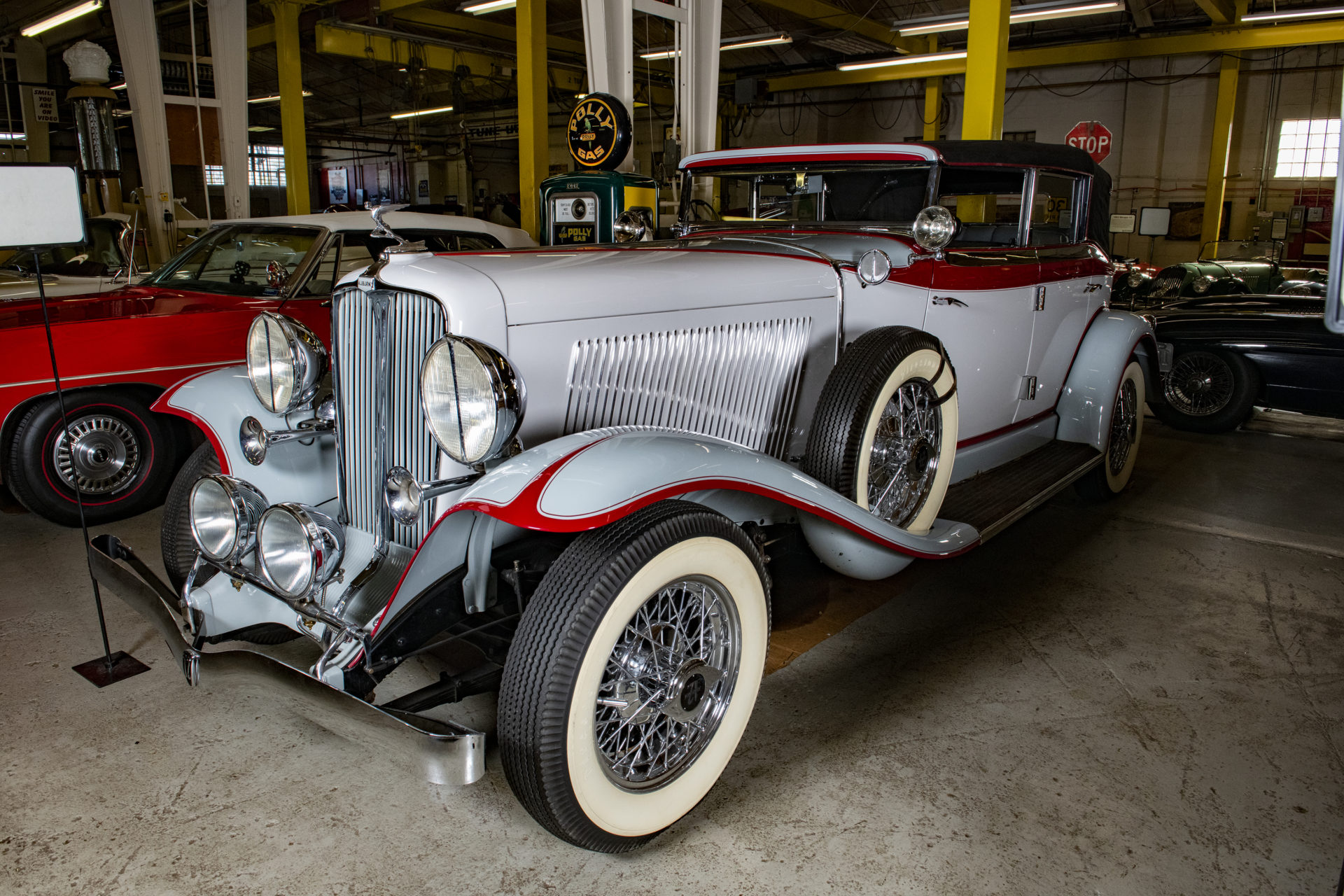 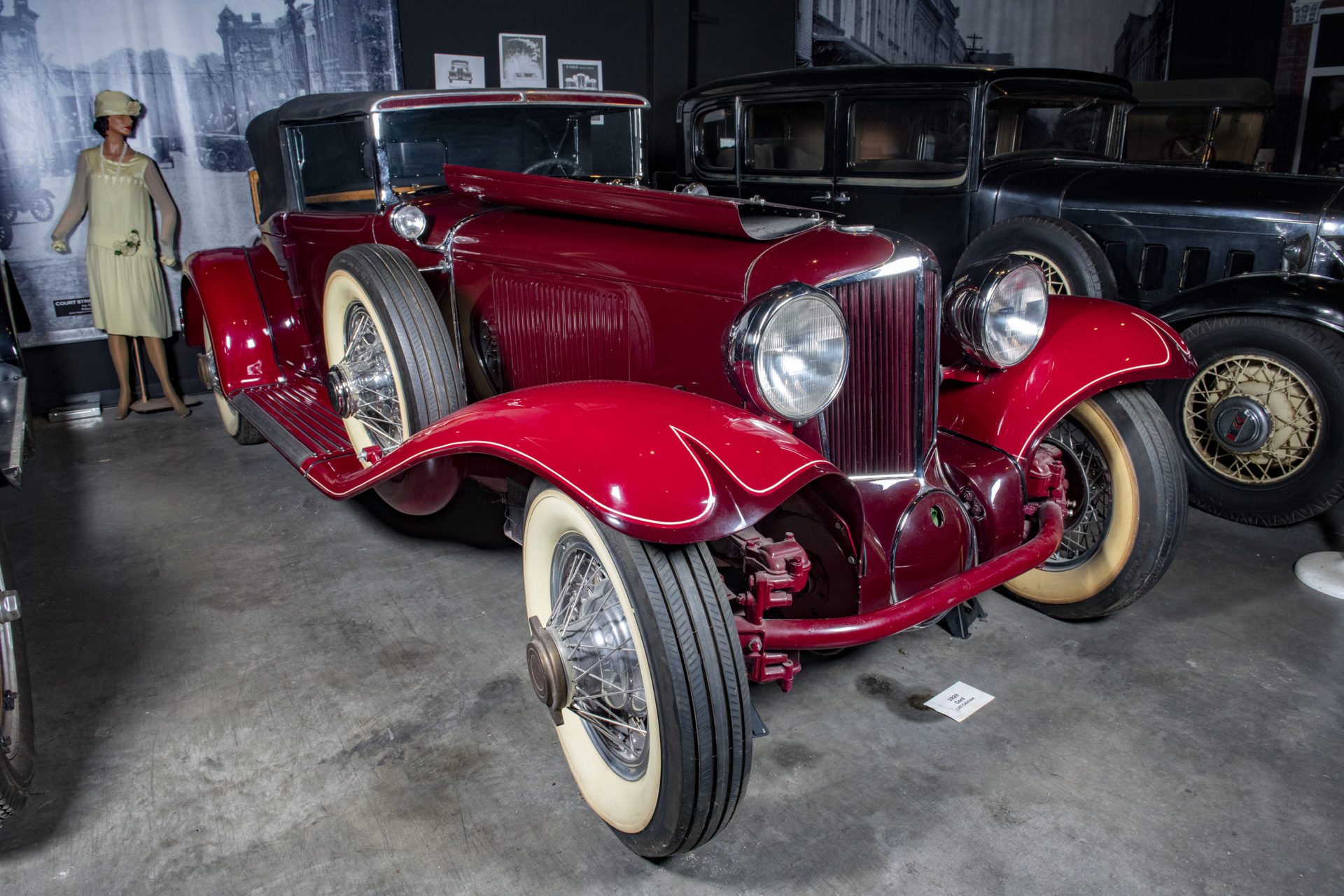 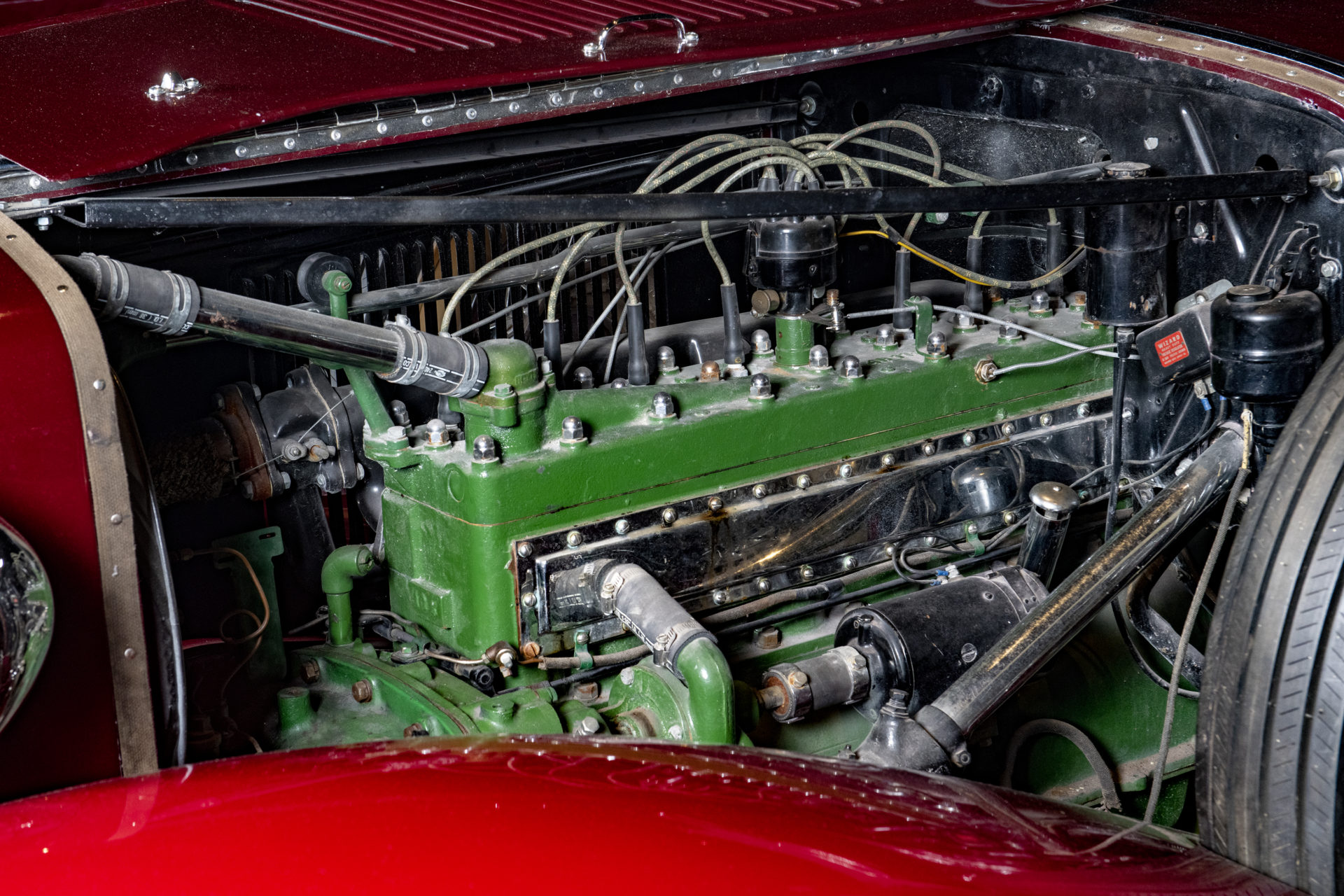 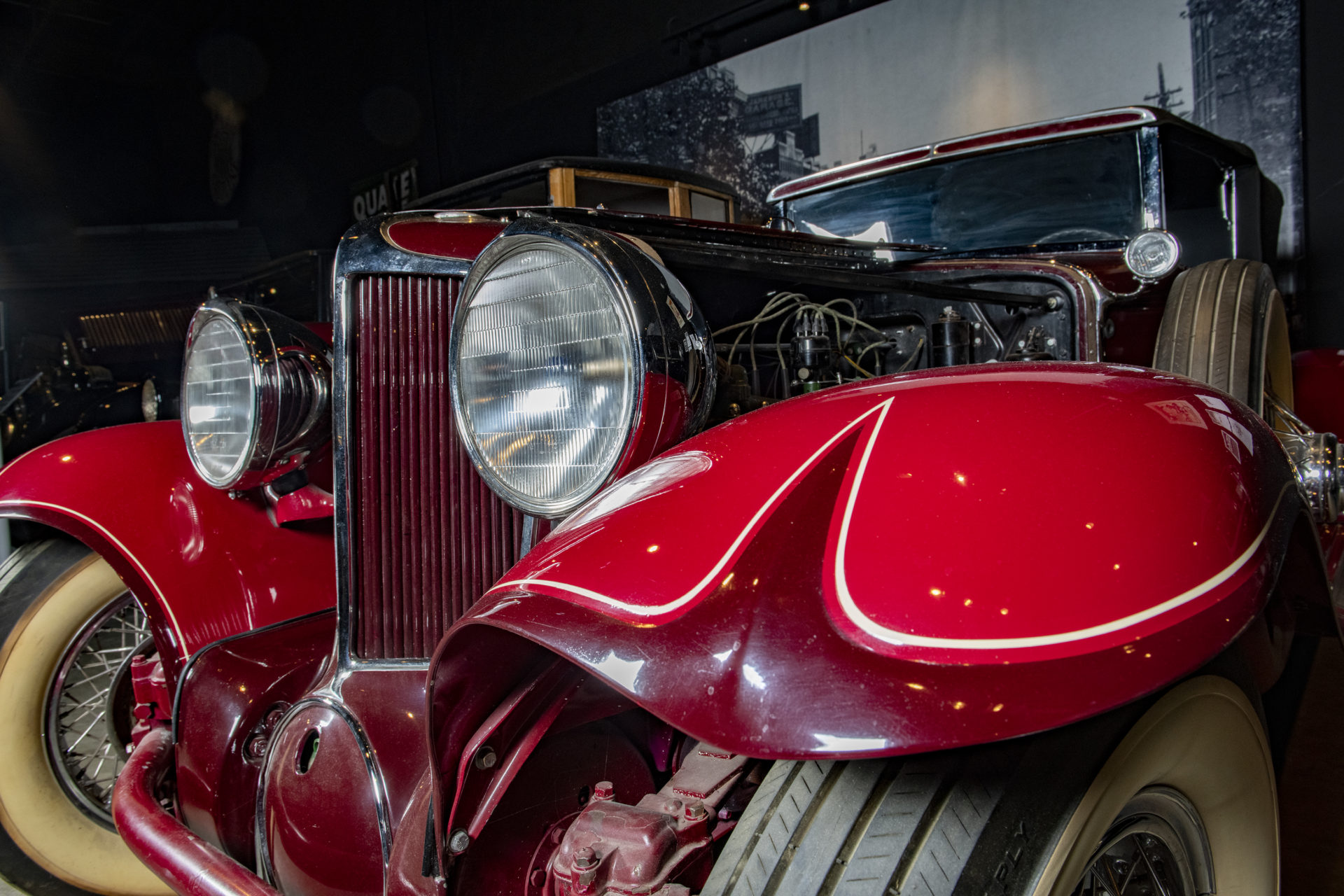 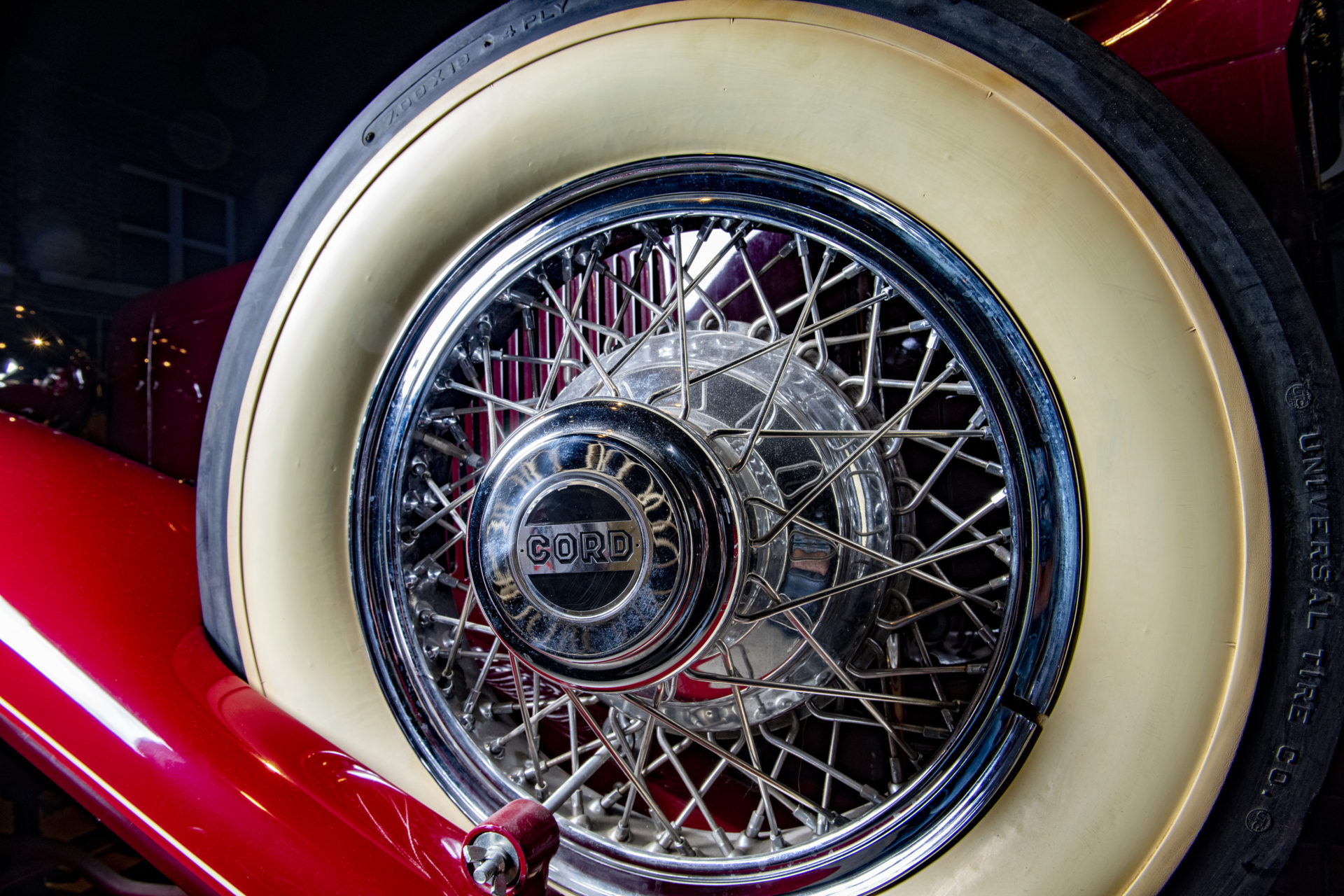 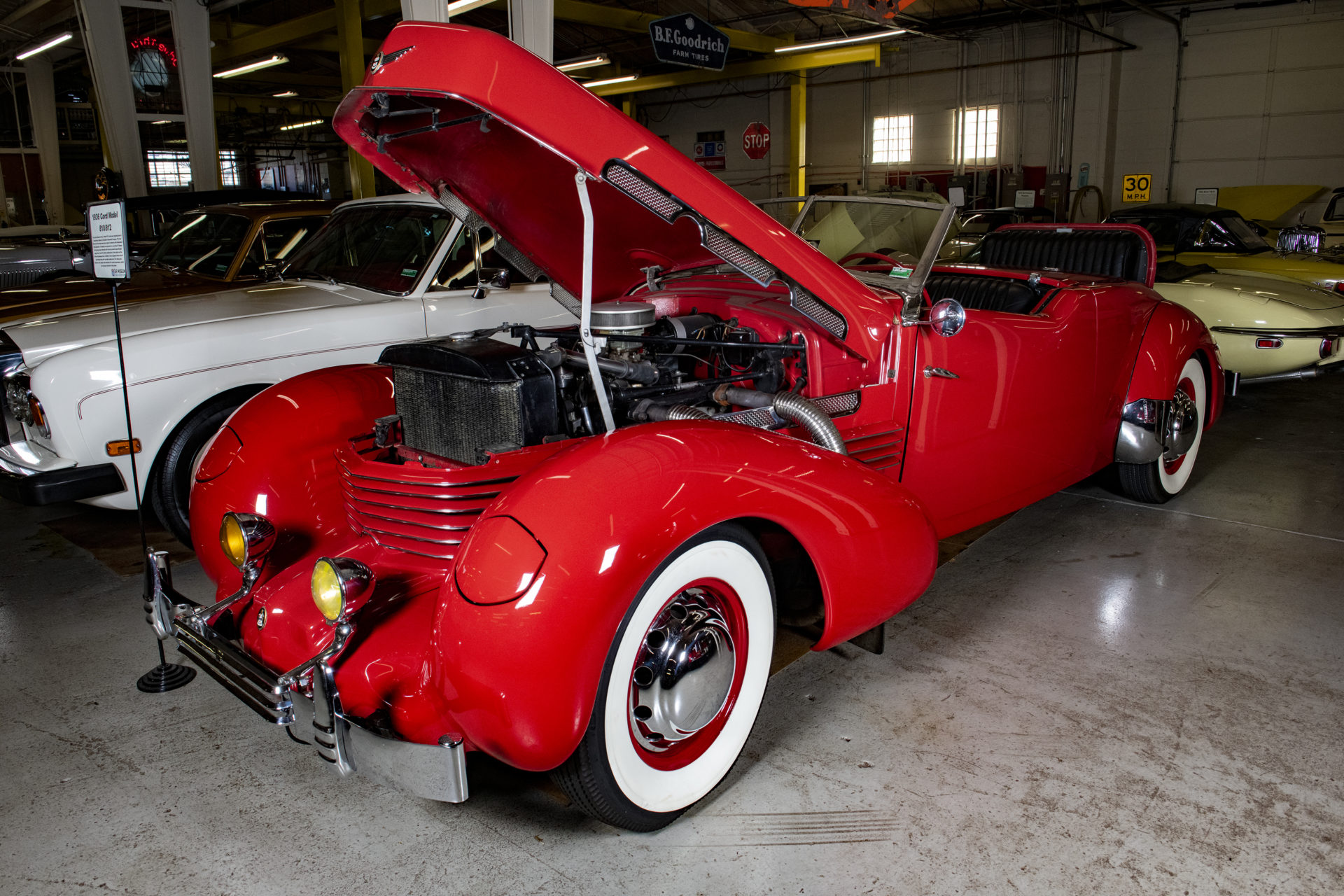 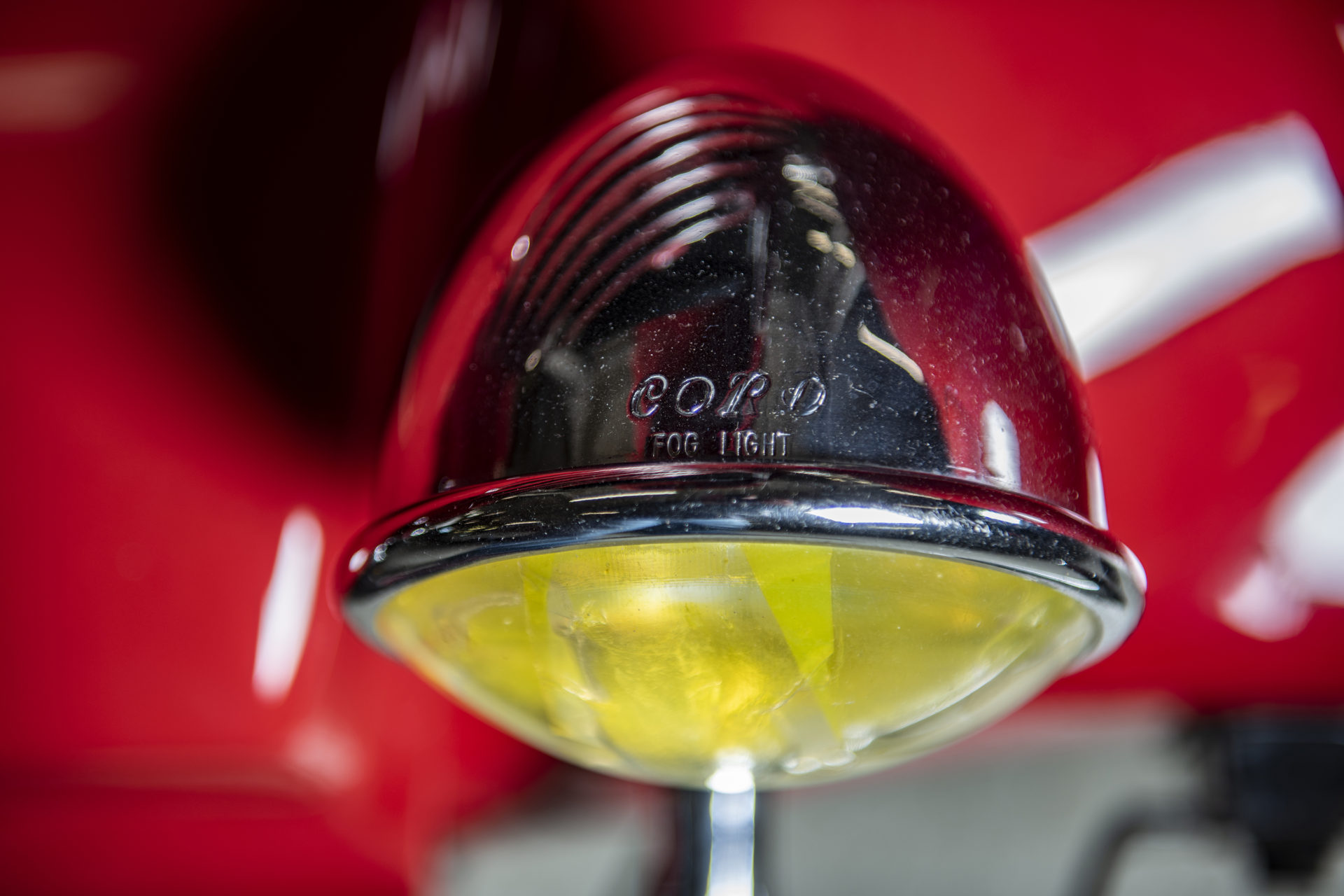 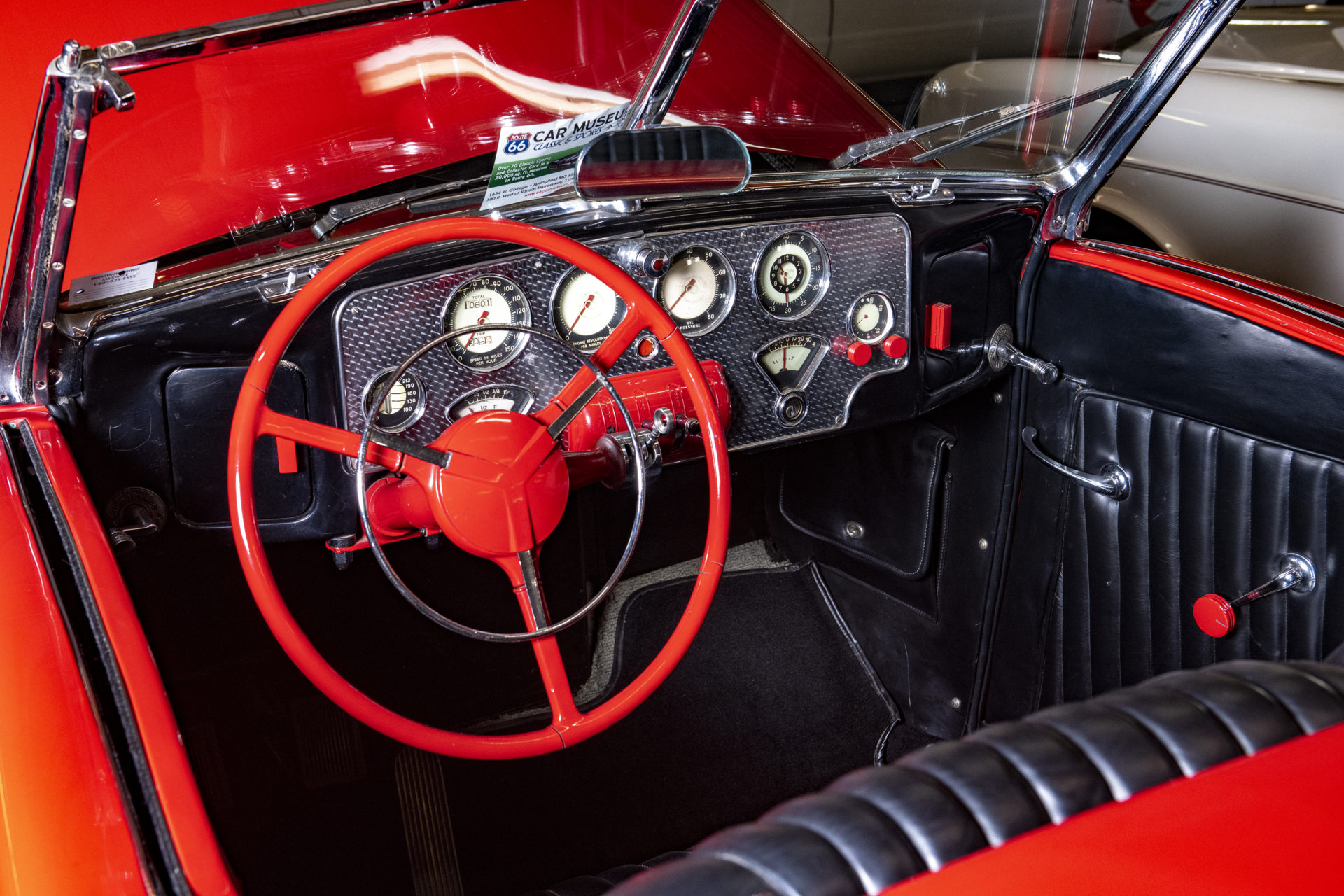 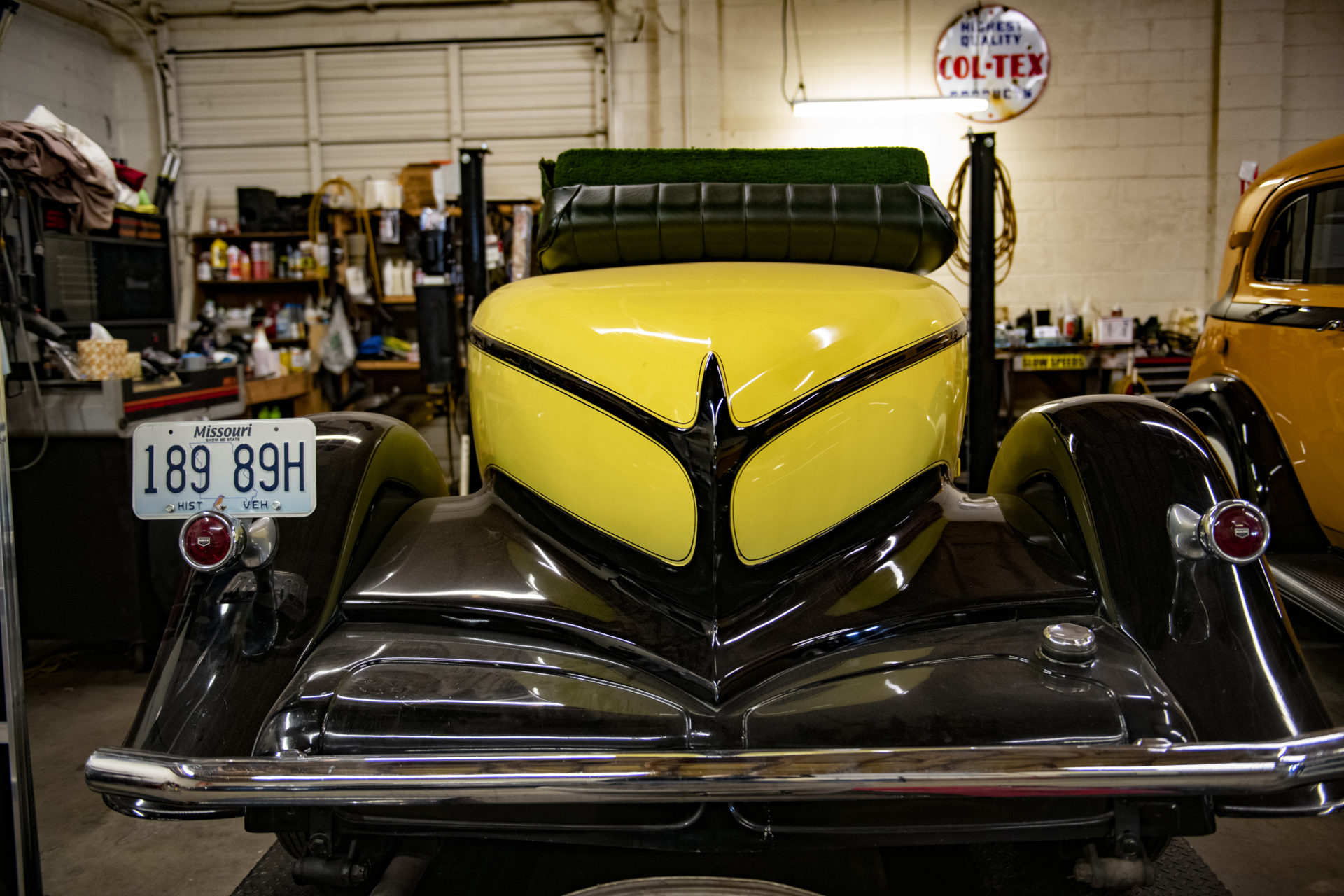 As Cord rose to prominence as an innovator in the auto world, his status as an industrial titan also grew. He formed Cord Corp.  in 1929 as a holding company for 150 companies he controlled, including such names as New York Shipbuilding, Stinson Aircraft and the precursor of American Airlines.

The same year, he introduced the Cord L-29. True to E.L.’s belief that “novelty sells,” the L-29 was the first American car to have front wheel drive. Knowing that visual impact was as important to customers as performance, he insisted that the coachwork emphasize this special feature, and the fenders had high leading edges to expose the array of mechanisms. The vehicle, priced between $3,095 and $3,295, was intended to fill the gap between the Auburn and the luxury Duesenberg. It was an unfortunate time to introduce a new, expensive automobile due to the Wall Street crash of 1929, and only 5,010 Cords were sold before production ended in 1931.

Five years later, the name was resurrected with the Cord 810. The body concept did not originate with E.L. for the first time since he arrived at Auburn, yet it appeared to be his favorite of cars his companies built. It also was the first car with concealed headlights. In 1937, the Cord 812 — essentially a supercharged 810 — was introduced. Despite great styling and engineering, just over 3,000 models of the 810 and 812 were sold, according to Auburn Cord Duesenberg Automobile Museum Curator Sam Grate. The price of between $2,000 and $4,200, economic climate and delayed availability after their introductions were all factors. Today, it is one of the most desirable classic cars for collectors.

E.L. sold Cord Corp. in 1937 and by August that year production had ceased on Auburn, Cord and Duesenberg. Cord returned to California and made additional millions in real estate, radio and television. He moved to Nevada in 1939, and in 1956 was selected to fill the unexpired term of a deceased Nevada state senator. He was encouraged to run for governor in 1958 but declined. After his death on Jan. 2, 1974 he was memorialized by a Nevada Senate Resolution.

E.L. will forever be remembered as the man behind the Auburn, Cord and Duesenberg automobiles. His cars were innovative, stylish, and well-engineered. He made Auburn the first production car to do 100 mph, according to the Kansas City Times. The creative designs of the Auburn Boattail Speedster, luxury Duesenbergs and coffin-nosed Cords are classics that remain some of the most desirable classic cars to today’s collectors.

Some examples of E.L. Cord’s unique autos can be seen in Missouri at Auto World Museum in Fulton and Route 66 Car Museum in Springfield. Visit www.autoworldmuseum.com and www.66carmuseum.com, respectively, for more information.