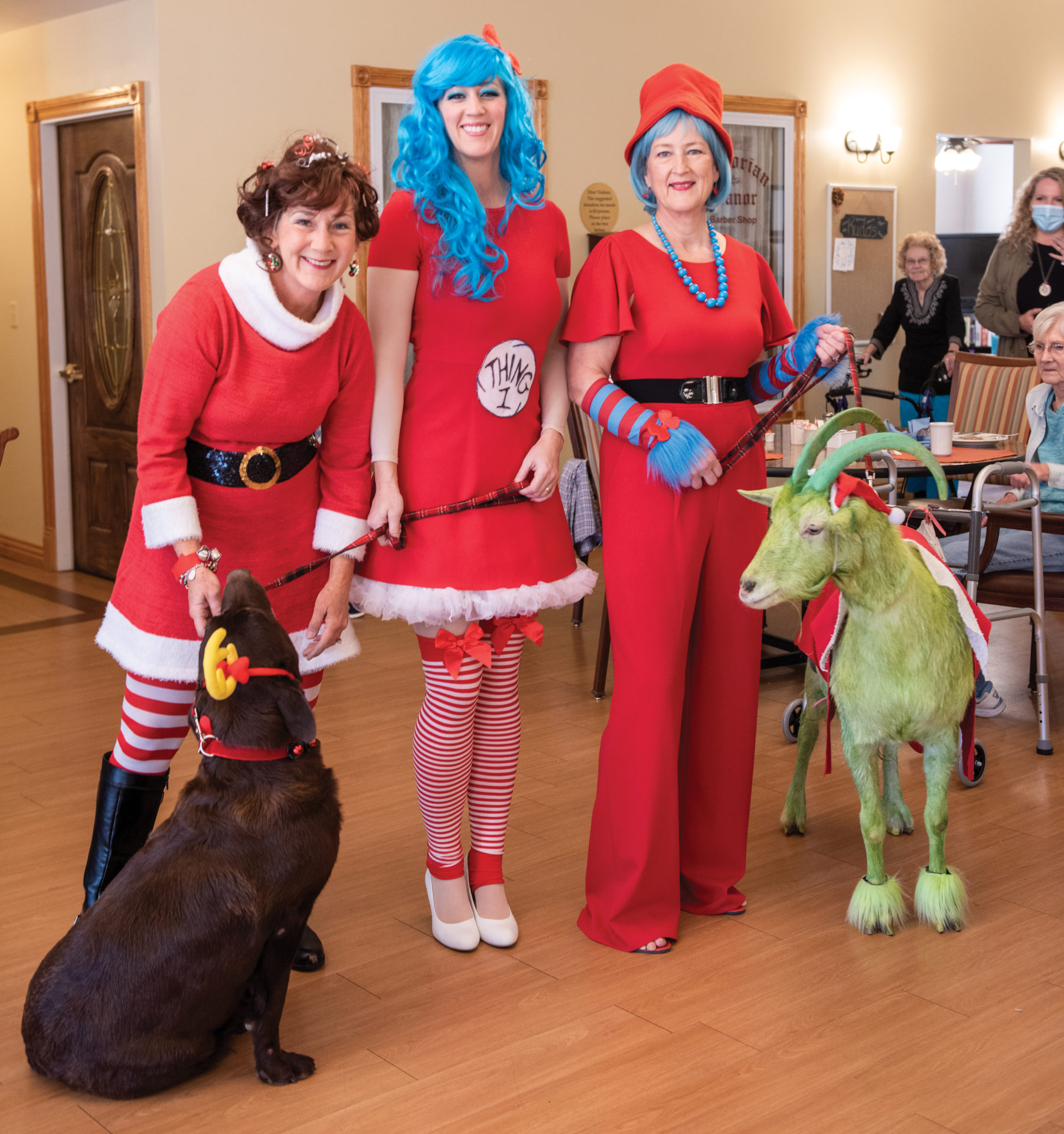 Gerti the goat brings joy to people of all ages

Like most every 4-year-old kid, Gertrude, or Gerti, is a bundle of energy. She hops up on everything. She likes playing dress up and meeting people. She loves snacking on chips, cereal and, well, even poison ivy, if you happen to have any around the place.

Gerti is a long-horned Saanen dairy goat. She lives on a farm in Augusta with her owners, Bob and Glenda Drier, and is a colorful personality quite well known in the area.
“Her calendar is busier than most people I know,” says Gerti’s handler and chief sidekick, Glenda. “She recently served as the grand marshal for Augusta’s Harvest Festival Parade. It’s so much fun to see people react to a goat wearing a costume.”

With the costumes often comes a hair dye job for Gerti, but no worries — the coloring is naturally based and wears off quickly.

When the Driers adopted Gerti from the Amish farm where she lived, they also adopted several other goats so Gerti would have companions on the farm. It didn’t take Glenda long to see Gerti was more curious than your average goat — she was a critter who loved attention, er, rather demanded it.

The goat’s foray as an entertainer began in September 2018 when she trotted (with permission) into the Grandview Healthcare Center in Washington, Missouri where Glenda’s father, Glennon Stelzer, lived. Glenda and Gerti enjoyed the visit so much they booked a few more appearances that year, including the Defiance Christmas parade as well as a visit with Santa and Mrs. Claus — with both Gerti and Glenda dressed in elf costumes, of course.

According to the Cuivre River Electric Co-op member, Gerti took a first-place ribbon in the parade for “Best Horse Ensemble” because there wasn’t a category for goats.

When Glenda wasn’t working on the farm with her husband, she and Gerti continued to hit the road, visiting schools and classrooms in the region. Over the years, Gerti has brought smiles to faces of all ages while dressed as a unicorn, Easter bunny, the Grinch and more.

During the spring of 2020, Glenda’s father passed away. Then COVID put a stop to visits nearly everywhere.

“I hated thinking about the nursing home residents not being able to have visitors,” recalls Glenda. “So Gerti, my daughter, Helena, and I dressed in festive attire and stood outside the doors and windows of the home for all to see.”

Bringing joy to those around her is why Glenda takes the time to share Gerti with everyone. 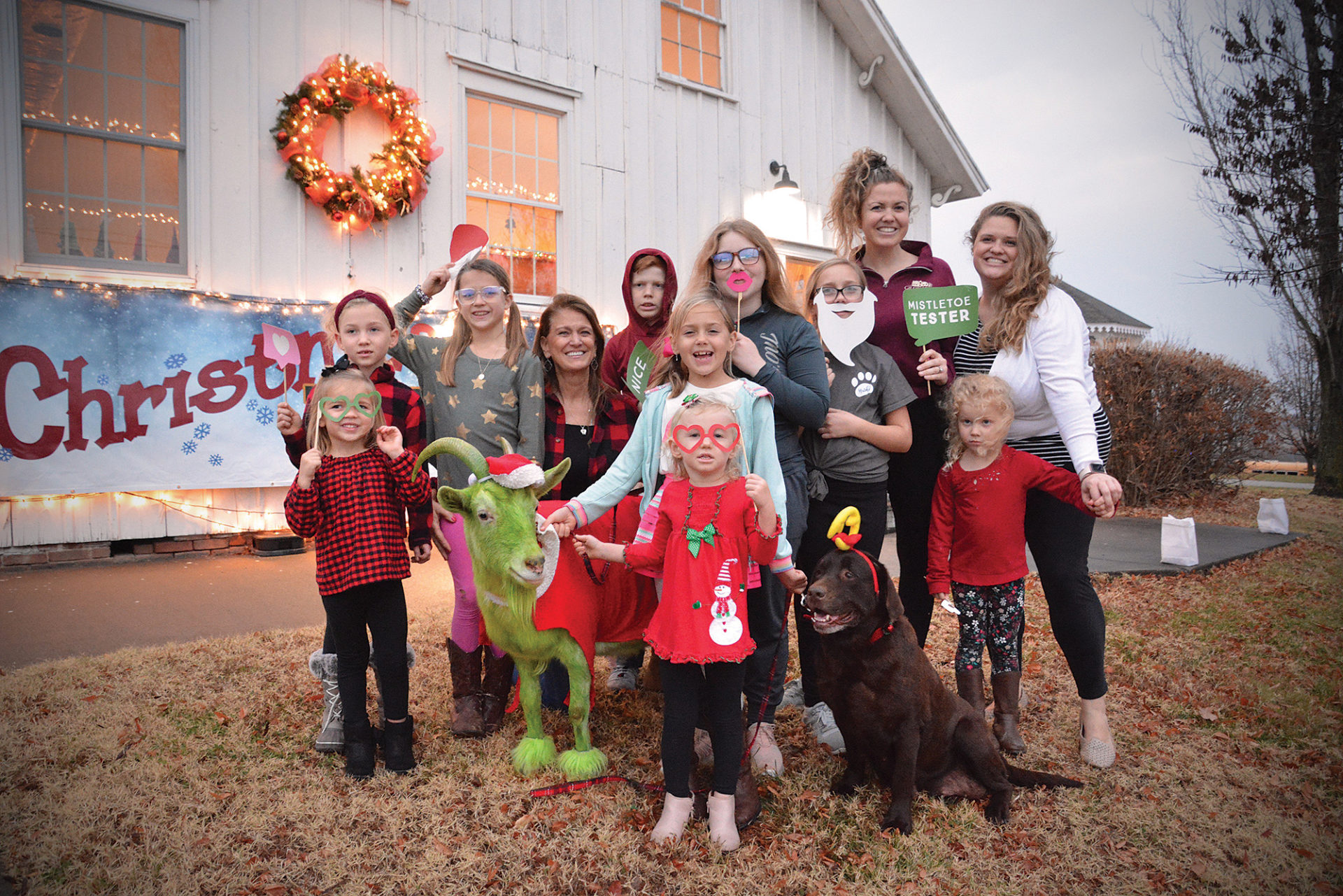 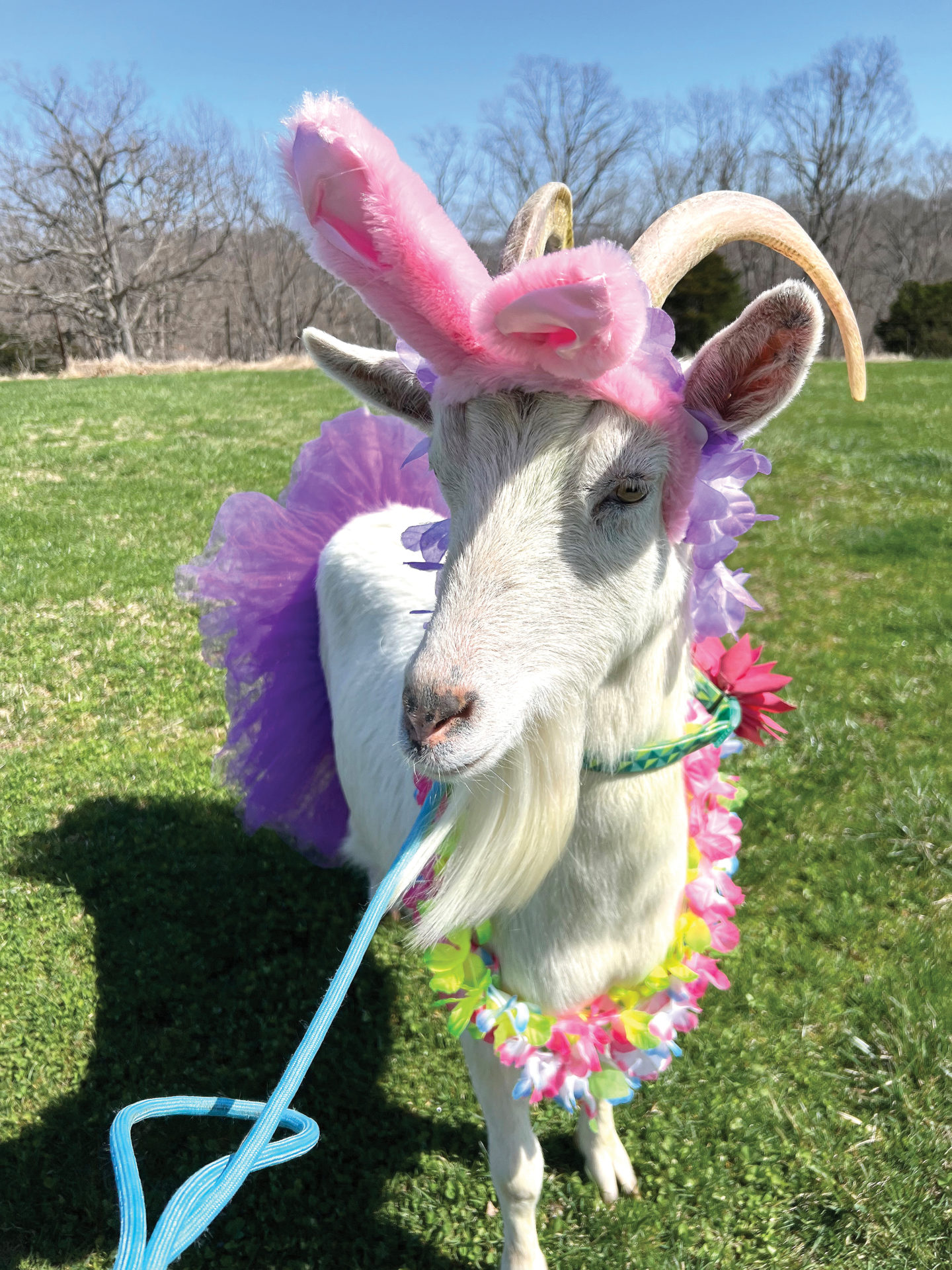 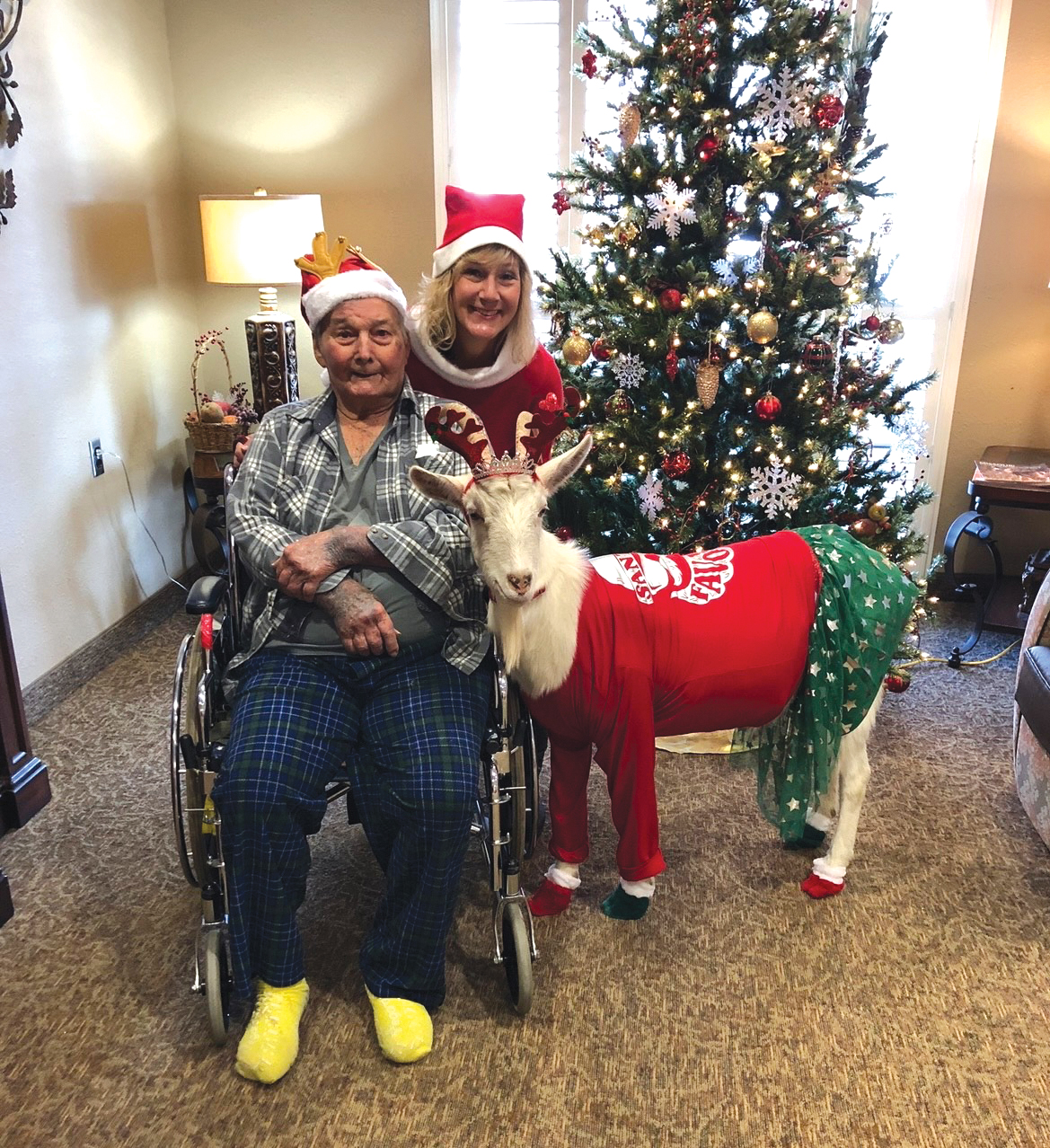 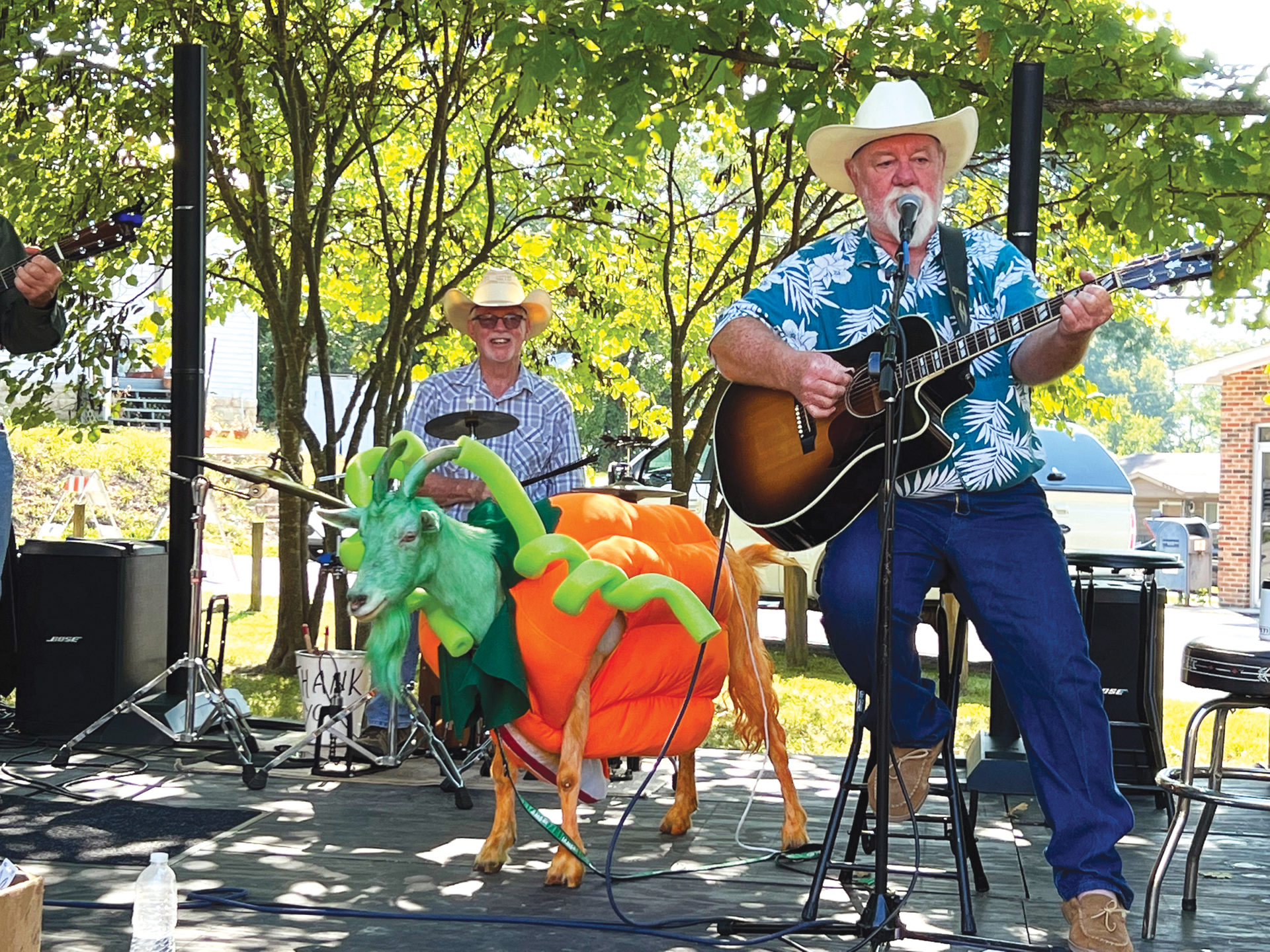 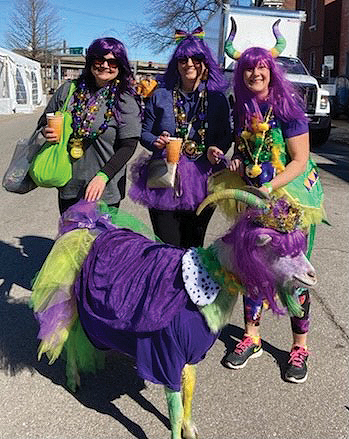 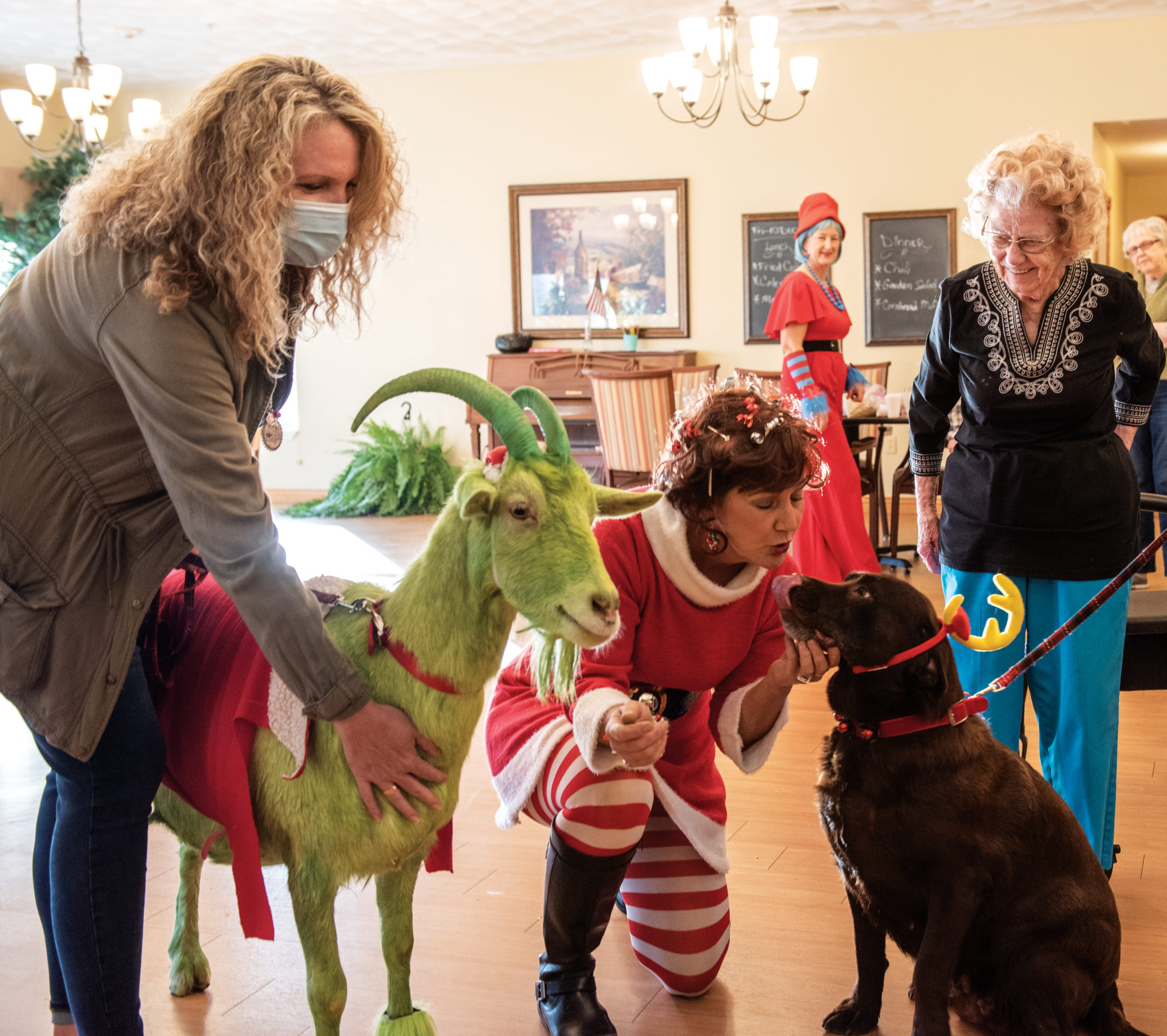 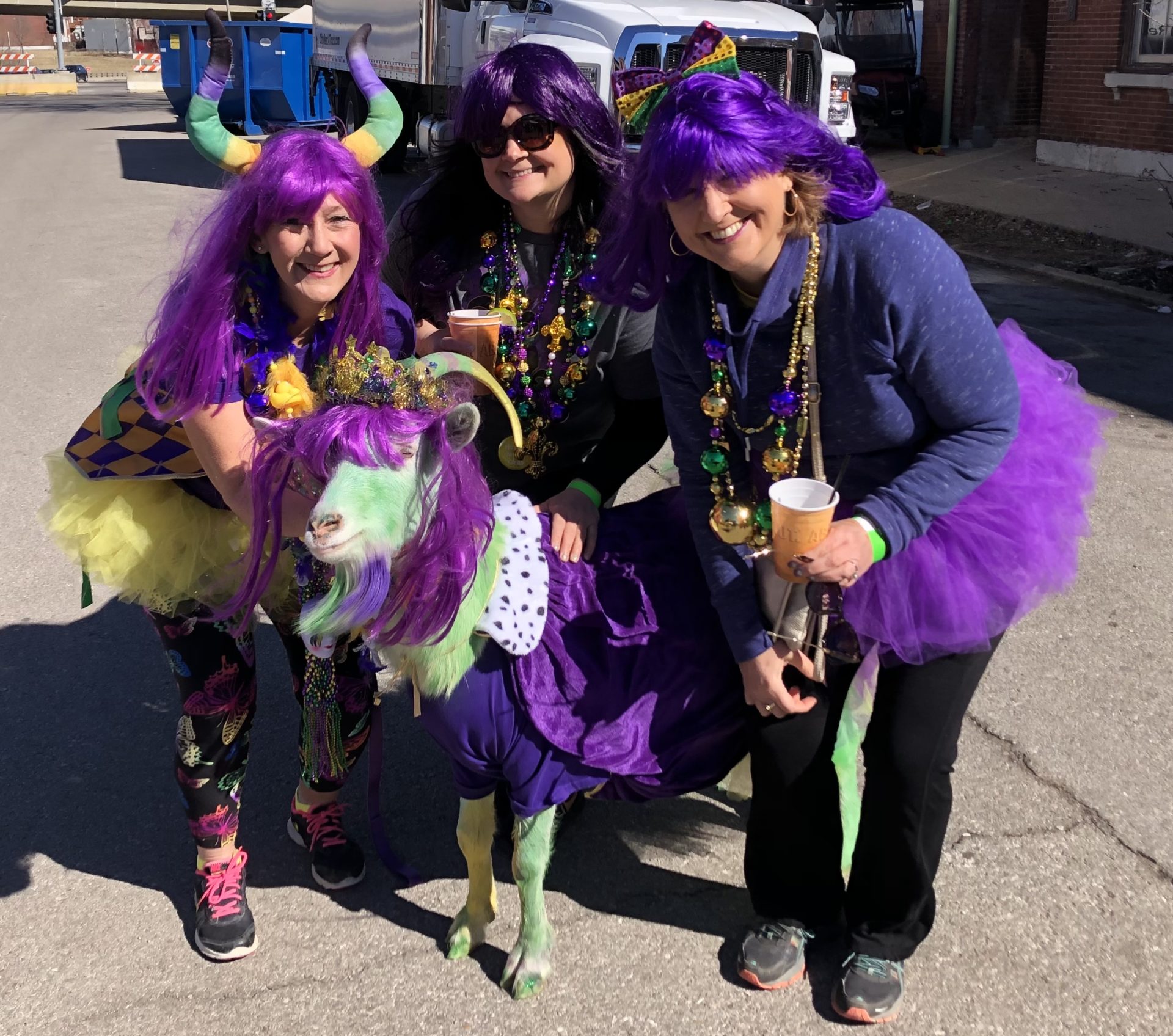 “Glenda has always been so involved with the community, her heart is huge,” says longtime Augusta friend, Vicki Gwinn. “She’s selfless when it comes to serving others. And Gerti, well she’s so unique, everyone enjoys her.”

The next year was even busier, with Glenda and her entourage joining in the Soulard Mardi Gras Pet Parade, where Gerti was decked out in her brightest party-goat finery. They next took part in the Augusta Harvest Festival Parade, where Gerti dressed up as a grape, taking second place. December was again booked with nursing home and school visits, parades and festivals across the area.

Later that year, the duo added a few friends and entered the Defiance Christmas Parade, where Gerti the Grinch and her Who crew took the first-place award. Even Glenda’s chocolate Labrador, Bobbi, played along, antler tied atop her head as Max, Grinch’s reindeer.

The following week Gerti and Glenda planned to host a photo booth during the Augusta Christmas walk. The goal was to help purchase new playground equipment for the town.

As the event began, the weather turned violent, sending vendors, workers and attendees into the basement of the event center. Defiance, population 150, was hit by an EF3 tornado during the storm, killing one resident and leaving a swath of destruction across the little town.

“Here we were sitting in the basement and here’s Gerti the Grinch and Max sitting calmly among everyone,” Glenda recalls. “We all truly weathered the storm together.”

Today, Glenda and Gerti continue bringing joy to everyone around them, sharing laughter and smiles as a sort of dynamic duo of happiness.

“If we can bring joy to someone for even a short time, this is all worth it. I know it always gave my dad something to smile about,” Glenda says. “Some residents have few, if any, visitors. It’s such a gratifying experience and, for me, it’s truly the reason we celebrate this season.”

You can contact Glenda at glendadrier@gmail.com or by calling 636-459-0679. Glenda and Gerti travel as the farm schedule allows and only ask for donations to cover expenses.