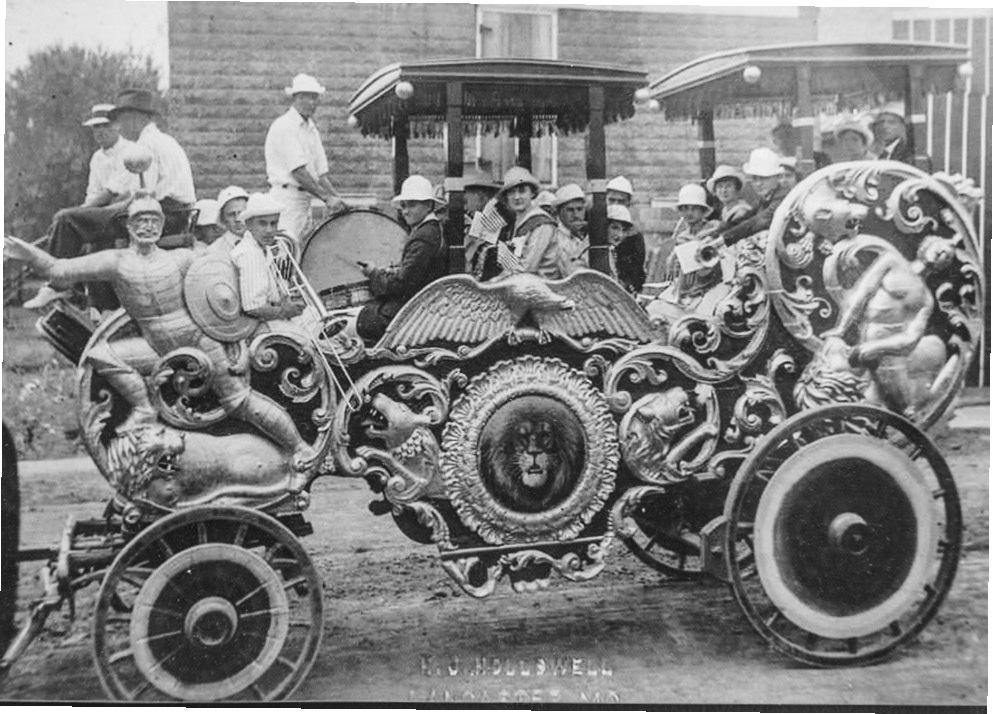 It may be difficult to imagine how elephants once came to reside in Lancaster more than 100 years ago. Numerous newspaper accounts from the day paint an exciting picture, but no source is better than the Schuyler County Historical Society.

“Back then, it was probably nothing to see circus people passing through town headed to W. P. Hall’s farm,” says Sandra Redding, former president for the local group.

W. P. — also known as William P., Diamond Billy or Col. Hall — brought fame to his hometown as the “Horse King of the World” and, most likely, someone with the shortest tenure for owning a circus. Both of those talents helped put the north-central Missouri town on the map.

“This was Mr. Hall’s home,” Sandra says, walking across the porch and into the home-turned-museum. The residence was built by Judge Nate Shelton in the late 1800s but sold to W.P. and his family in 1902. It would be here that he and his wife, Sarah, would raise their three children while W.P. became a world-famous horse, mule and circus entrepreneur.

W.P. was born on Feb. 29, 1864 and details about his youth are fairly slim. Records show W.P.’s parents passed away when he was only 12. Orphaned, the boy was soon hired by a neighboring farmer at the rate of $1 plus board per week. The lad loved horses and saved every penny possible from his pay, which back then was quite good, to buy a horse. Young W.P. soon purchased his first horse for $11 and began working at a local livery stable to board his horse. By the time he was 18, W.P. became well-known as a reputable animal trader, no small feat for someone with little to no schooling. 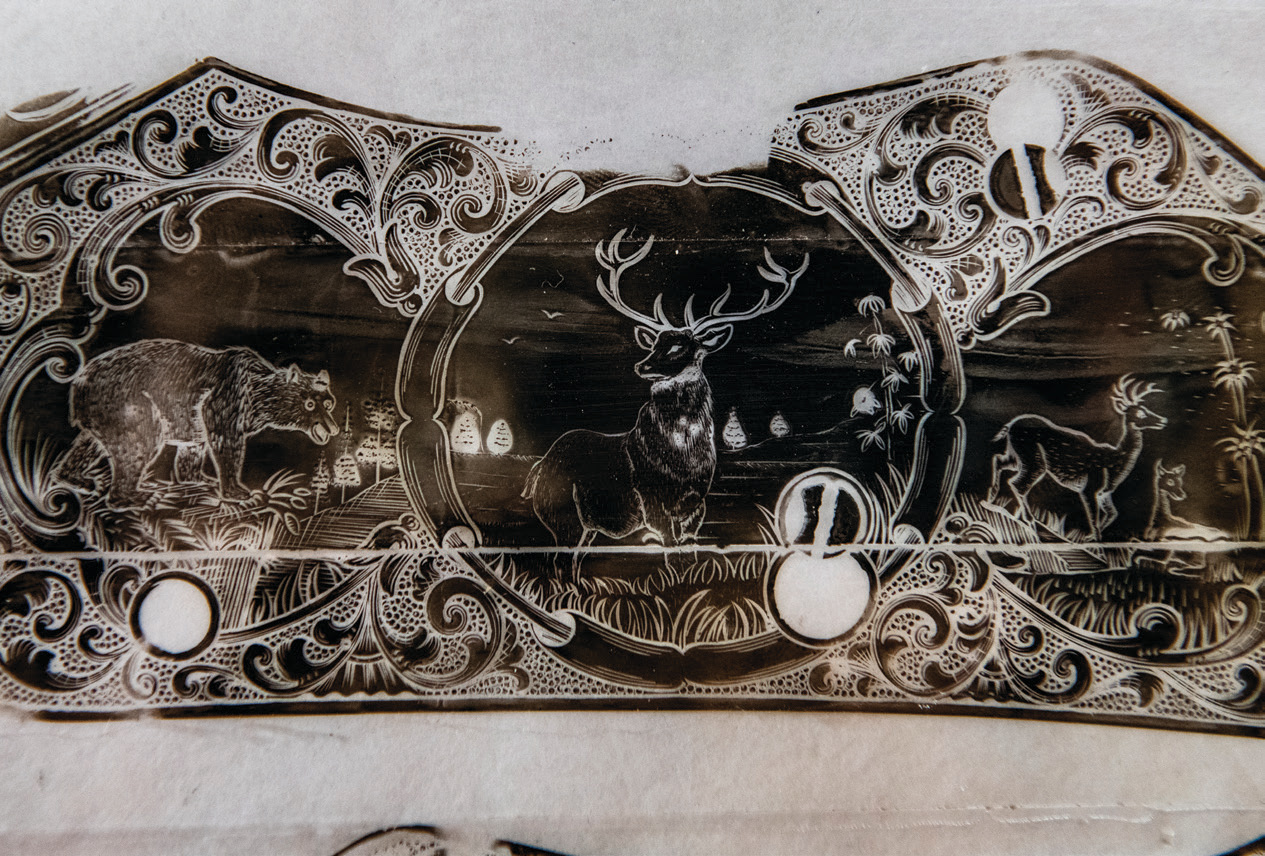 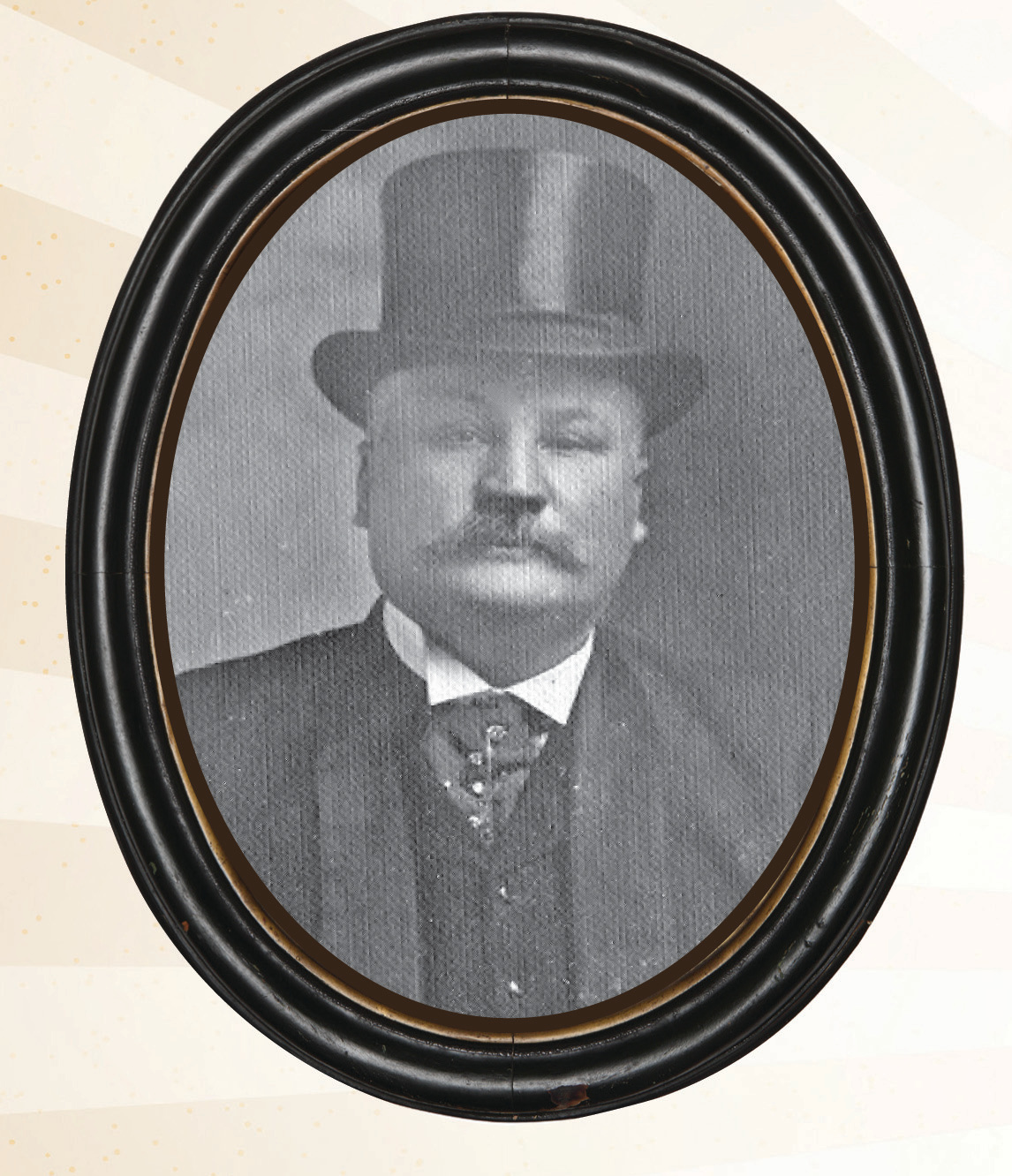 The young man’s big break came as a trader when a Pennsylvania businessman said he’d pay William well if he’d ship him good horses from west of the Mississippi River for use with the streetcars of Philadelphia. W.P. did just that, and that opportunity helped open the door for the Missouri animal trader. Later he provided horses to the city of Chicago. During the South African Boer Wars he shipped horses and mules overseas for the British to use in battle. Another big customer was the American Express Co. W.P. furnished all the horses for the firm.

“We have records noting Mr. Hall shipping 100 head of mules to Africa every three months,” Sandra notes, pointing to numerous notebooks filled with records with the man’s business dealings. “We’re lucky so many people kept clippings and letters from so long ago. Nearly everyone’s gone who might recall details about him.”

Horse and mule buyers sought W.P. out for his ability to quickly judge an animal’s soundness. Sometimes a seller would try to trick him by slicking up a poor-quality horse and passing it off at another sale.

“W.P. would tell the seller, ‘I did not like this horse when you brought it last week and I still don’t like it today,’” Sandra relates from local accounts.

During the 1904 St. Louis World’s Fair, the Lancaster business man purchased several South African elephants from fair participants, the first of many he would own.

When traveling in Europe, W.P. had seen some of the finest circuses. He dreamed about starting his own. So in 1904, he purchased a couple of failing circuses in the United States, combining them into the W. P. Hall Circus and Menagerie. In May 1905, his circus opened in Lancaster and then began traveling across the states, only to disband and shut down. While he’d proven himself as a master horse and mule trader, running a circus and life on the road was not something W.P. enjoyed.

That said, the businessman played a big role in the circus world. After retiring his own circus, William added “circus broker” to his list of offerings. From his Lancaster farm, the supplier and animal lover bought small circuses and Wild West shows from across the United States. Soon he was selling equipment and exotic animals to circuses small and large. Even the Ringling Brothers bought from “Diamond Billy,” a moniker that came from William’s acceptance of diamonds as payment from the South Africans who bought mules for use in their mines.

At a moment’s notice, buyers could find circus wagons, cages and rail cars for hauling animals on his farm. If they happened to need exotic animals, they could also buy lions, tigers, elephants, water buffalo, camels and more.

“We have a notebook full of letters from other circuses who did business with W. P.,” Sandra says. “It’s evident there was good money in buying and selling to circuses.”

In May 1932, as the Great Depression ramped up, W.P. felt it was time to turn some of his circus holdings into cash. His ad read, “For sale: Elephants, cat animals, bears, camels, railroad cars, wagons, cages, canvas, seats, etc. Will sell cheaply for cash.”

A month later, the renowned businessman died on June 30 at the age of 68. By 1938, his family had sold what was left of the W.P. Hall Circus.

The 15-room Victorian house in Lancaster has been known as The William P. Hall House Museum and Schuyler County Historical Society since 1974 when the Schuyler County Business and Professional Women’s Club purchased it to help preserve local history.

The home, now listed on the National Register of Historic Places, contains a wealth of information because so many local artifacts have been left to the museum.

“We’ve spent a lot of time sorting through things,” Sandra says. “We have great genealogy resources for anyone researching family. Local art, clothing from the early 1900s, and a room full of Civil War, World War I and World War II items. If you want to know something about the area, we’ve probably got a little history about it.”

An original summer kitchen just off the porch, the one-room Green Valley School from Queen City as well as a restored 1870s cabin make this hidden gem of a museum a wonderful trip for any age group.