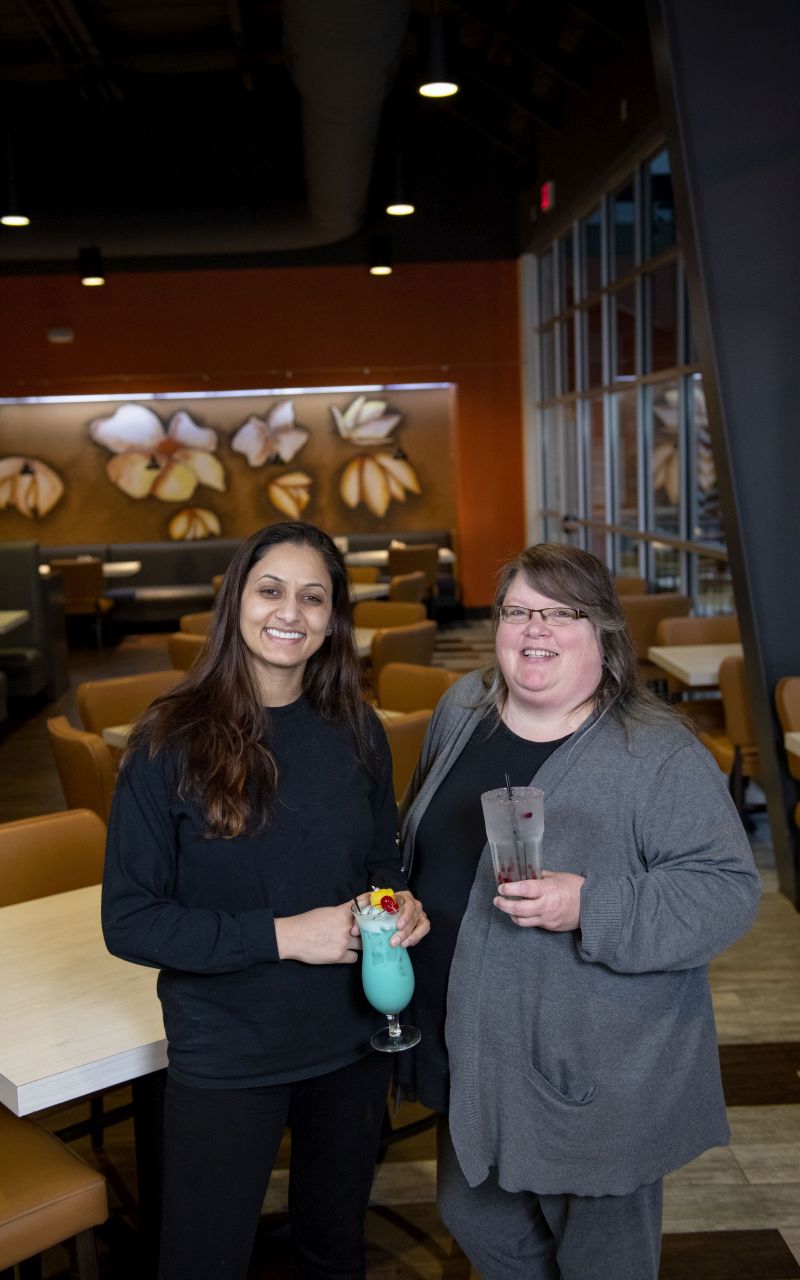 Traditional fare with a twist

Sitting down for a meal at The Wildseed Restaurant and Bar takes on the feel of a big family gathering with owners Tammy Stafford and
Rima Walker. The mother and daughter-in-law combo has combined hearty, traditional Midwestern favorites with Indian food and infl uences throughout the menu.

“We’d be having Thanksgiving dinner and have curry or other Indian dishes along with a ham or turkey,” says Tammy. “It was a way to connect everyone and being together over good food.”

For more than a year, Tammy, Rima and the team at Wildseed have been serving up mouthwatering appetizers, sandwiches, entrees and drinks in Strafford. Both locals and hungry travelers along Interstate 44 have been greeted with a friendly atmosphere and memorable fl avors.

Rima’s family owns the hotel adjacent to the restaurant. Weary guests would often look for a respite once they arrived in Strafford, asking for a place to find a good meal nearby. The idea for the restaurant was born.

Strafford’s food scene and population is dwarfed by nearby Springfi eld, but there was no question where Wildseed would be located.

“It’s a nice welcoming town; they’re extremely supportive,” says Tammy, a Webster Electric Cooperative member. “When people would ask us ‘Why here?’ we would just ask them ‘Why not here?’ ”

Most meals at Wildseed should be familiar to Missourians, however an unfamiliar dish might just become your new favorite. The team enjoys not being constrained to the limitations of chain restaurants, allowing them to try new things. “Everyone needs to try curry at least once,” Rima says.

The pair didn’t search too far from home to fi nd recipes for their fi rst dishes.For them, it’s a familiar menu because of family. “Most of the recipes we created for the original menu were from Rima, her mom, my mom and me,” Tammy says.

An appetizer will get you ready for your fl avorful meal at Wildseed. One option worth trying is the Hummus Plate with a house-made chickpea and basil pesto mixture served with grilled naan, an Indian fl atbread.

The most popular appetizer at the Greene County restaurant however is The Wildseed Wontons. Six wontons are stuffed with a mixture of sausage, cream cheese, green onions and jalapenos and deep fried to order. This creamy, crispy and tasty treat can be served with your choice of one of the approximately 20 different sauces — most of which are either made or enhanced in house — at Wildseed. Some of the sauces include the honey teriyaki, sweet chile, cilantro chutney and specialty ketchups.

Making sauces was something that was important for the owners. “It allows us to make it ours,” Rima says. “And now we’ve had people asking us if we can bottle it or if they can take it home.”

A big seller at both lunch and dinner is a classic cheeseburger with a twist. The Route 66 Burger features a fresh beef patty that’s cooked to order and topped with house-made pimento cheese, a blend of cheddar and cream cheeses and pimentos. It’s served with an artisan bun and hand-cut fries or a side.

“That blend of cheeses is really kind of new to everyone here,” Tammy says. “With the pimentos it just melts in your mouth.”

Another favorite is the Smoked Bologna BLT which is a classic BLT, topped with house-smoked bologna that’s been thinly shaved and warmed on the fl attop. A trio of pizzas also is available and feature naan bread as the crust and all the lunch wraps are served in paratha, a fl aky Indian bread.

A homemade cheese sauce brings a delectable, down-home taste to both the mac and cheese and the cheesy potato soup.

For something a little on the lighter side enjoy Tammy’s favorite dish, The Wildseed Strawberry Salad. Mixed greens are topped with strawberries, candied pecans, feta cheese and pomegranate seeds. You can choose any dressing, but Tammy and Rima strongly suggest the house-made strawberry poppy seed dressing. 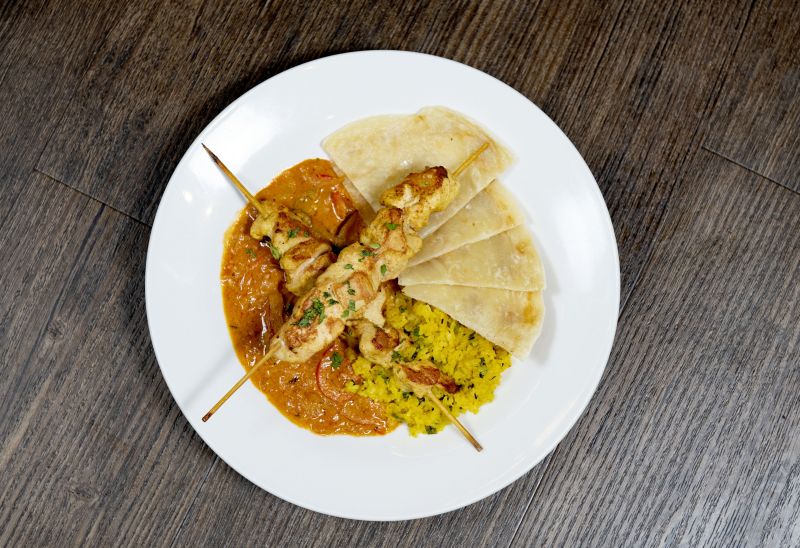 “It’s a beautiful salad and it just has the most fresh f l a v o r s , ” Tammy says. “Once our team started mixing up the strawberry
poppy seed dressing it brought it to life.

Wildseed has no shortage of options once dinner time rolls around. The rib-eye steak is a hit with customers, especially on Friday and Saturday evenings.

An unexpected favorite at Wildseed has been the Curry featuring chicken tikka skewers. The chicken is marinated in a yogurt base with Indian seasonings and grilled to order. It’s served over a curry gravy — a secret recipe that is only made by Rima’s mother, Jigisha — with an onion and pepper mix, basmati rice and paratha bread.

“We just try and describe it as a mixture of seasonings that really awaken your palette,” Tammy says.

If you get to Wildseed thirsty, the folks behind the bar can help you out. The restaurant serves a variety of domestic, imported and craft beer as well as a selection of wine and mixed drinks. For something new, try The Wildseed. Pomegranate vodka is mixed with triple sec, sour mix and pomegranate seeds to make a refreshing craft cocktail.

Creating a warm and friendly atmosphere with delicious food at Wildseed is important to the duo. “My favorite part of the restaurant is working on a Friday night,” Rima says. “It’s the busiest night and keeps you moving and talking to all the guests.” 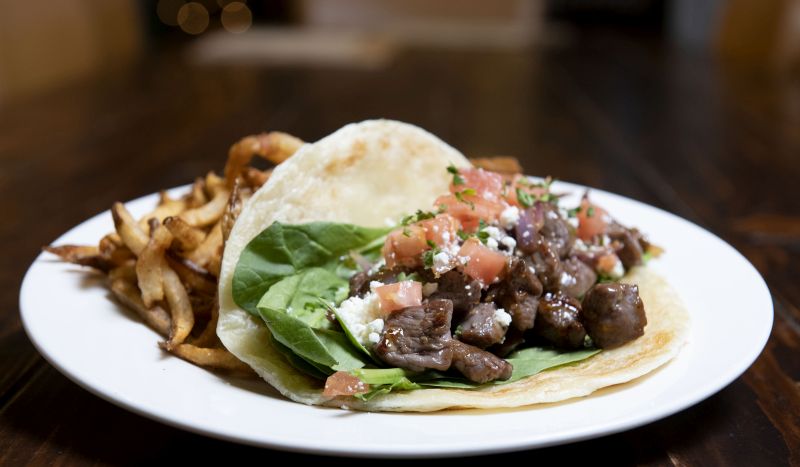 Adds Tammy: “We want them to always feel like they come in as strangers but leave as friends.” 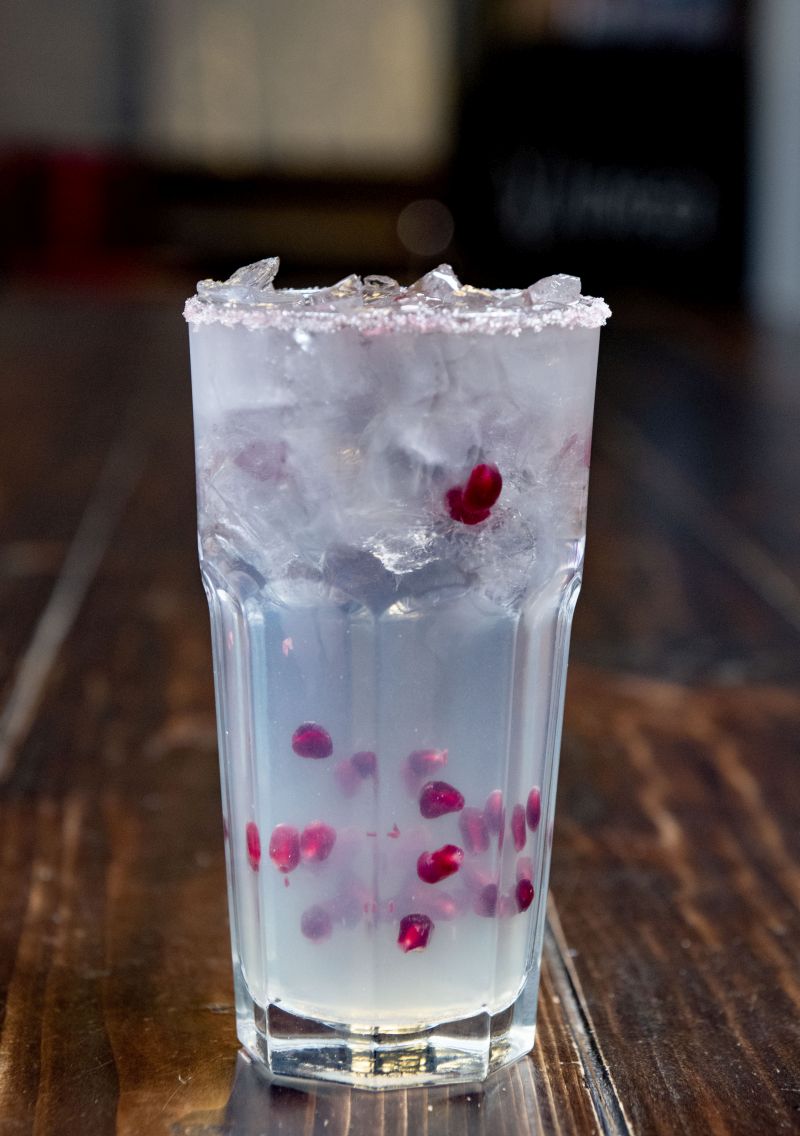 The restaurant features many signature craft cocktails, including The Wildseed which includes both pomegranate seeds and vodka.

The Wildseed Restaurant and Bar