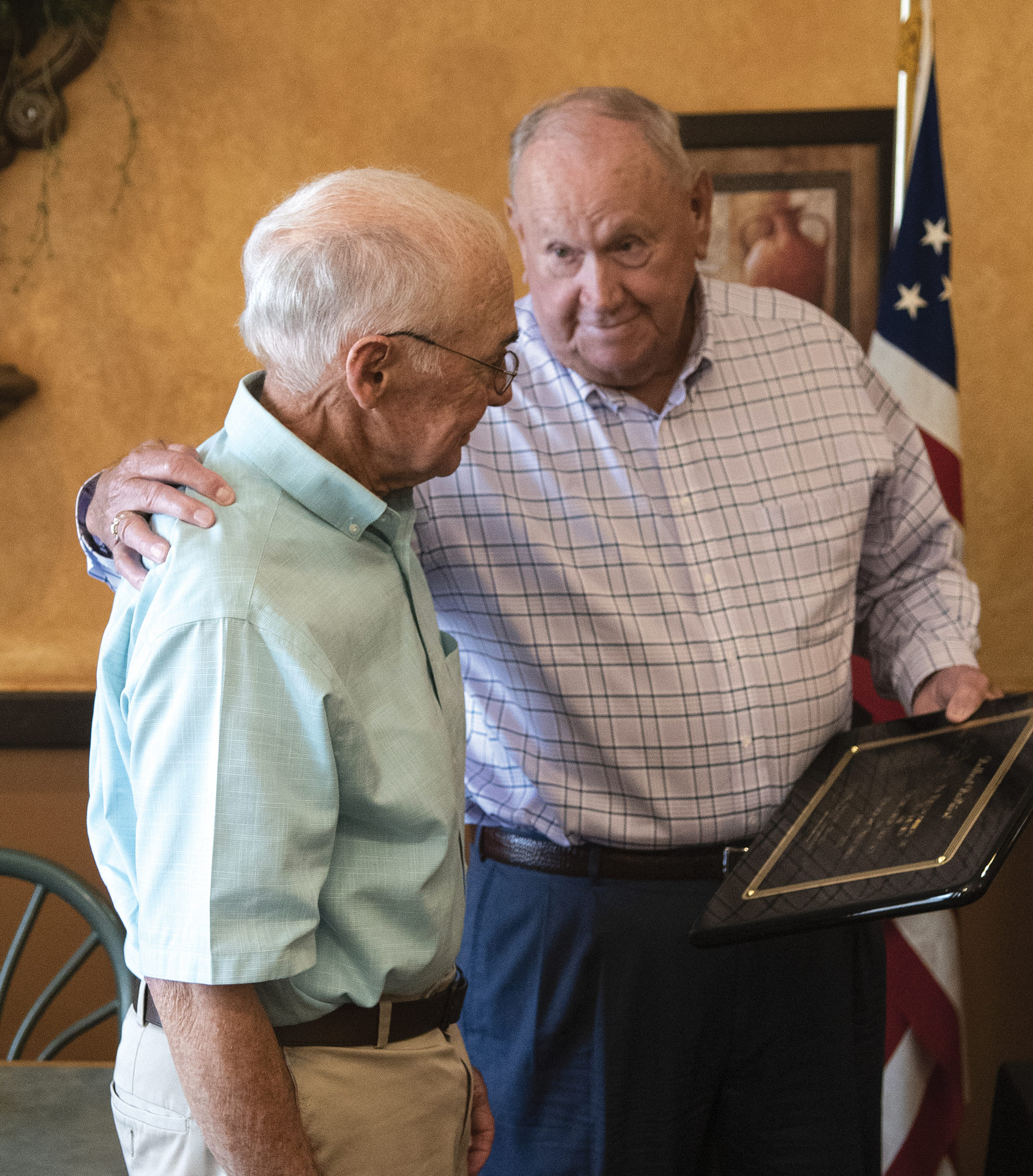 I was heading south on Interstate 55 when the country music station I tuned in played a familiar song. It was George Jones singing “Who’s Gonna Fill Their Shoes?” The Possum’s sad ballad was an appropriate song for the event I was attending at the request of Pemiscot-Dunklin Electric Cooperative.

Those of us gathered at Grecian Steak House in Kennett were there to pay tribute to longtime director Delbert DePriest, who is retiring after 36 years on the co-op’s board. It also honored Tim Davis, retired manager who guided the co-op back from the 2009 ice storm. We also congratulated Jake Fisher, who has served as the co-op’s president for more years than I have been alive and witnessed him passing the gavel to their new president, Justin Rone.

We have all been to a retirement party. As countless stories were told about my friend Delbert, I started to think about ol’ George and what he meant by that song. You see, events like this are playing out around the state as directors who have guided their electric co-op for decades decide it is time to turn their seat over to younger members. It’s easy to question who’s gonna fill their shoes.

In the case of Delbert, Pemiscot–Dunklin is losing a director who was born the same year as the cooperative. He farmed a large number of acres in the Bootheel. There’s no doubt Delbert happily attended board meetings when he probably should have been making sure the weeds didn’t take over the cotton field.

Heading home, I thought about that song and the many devoted directors who gave their all to the cooperative. I’m happy to say there’s no shortage of energetic board members stepping up to fill their shoes.

Among their ranks are farmers, of course, these being “rural” electric co-ops. But there’s also accountants, retired military, real estate agents, teachers and even a state representative joining them on boards. Women helped establish electric co-ops, and more and more females are taking their rightful place on the board.

They take seriously their roles by attending classes designed to make them better directors. In time they can earn Credentialed Cooperative Director, Board Leadership and Director Gold status. A significant number of Missouri directors have achieved Gold status.

October is National Cooperative Month, a time to celebrate the contribution cooperatives have made to the nation. During this month, I hope you will join me in thanking the men and women serving as directors at Missouri’s electric cooperatives.

Unlike old George, I don’t have to worry about those shoes being filled. I’m pleased we have found the right people willing to step up. While I will miss Delbert’s contributions to the co-op program, I am happy for his wife, Bennie. She says Delbert has agreed she can now call the co-op office when they have an outage!