Just off a twisty two-lane highway sits a relic of the Roaring ’20s, a reminder of a time when city dwellers fled to the country for respite where the air was clear and worries far away. At one time 13 of these resorts dotted the landscape around Steelville. Only a handful remain, and this one is special. Built in 1922 and modeled in the spirit of an Adirondack lodge, it was the last and grandest of the Crawford County retreats.

On this Saturday night guests make their way to Wildwood Springs Lodge just like they did 100 years ago when the resort first opened. They head for the dining room where a waitstaff dressed to the nines serves a feast on tables covered with black cloths and white linens. Once the grilled prime rib and blackened salmon has been consumed they drift into the living room and settle into comfortable chairs for the evening’s entertainment.

Where once the sounds of an orchestra greeted guests, tonight’s refrains are much different. Soon the gracefully aging walls shake with the country rock of Pure Prairie League.

It’s a typical weekend at the lodge overlooking Steelville, and co-owner Bob Bell couldn’t be happier. It was his vision that brought the old lodge back from the brink in 1992 when his family purchased it.

Bob grew up across the street from the lodge and spent his summers mowing grass and helping owners Ben and Sonya Finkel wherever he could. Even after the resort closed, he continued to maintain it. It sat empty for 10 years before the Bell family — owners of a manufacturing firm in town — saved it. 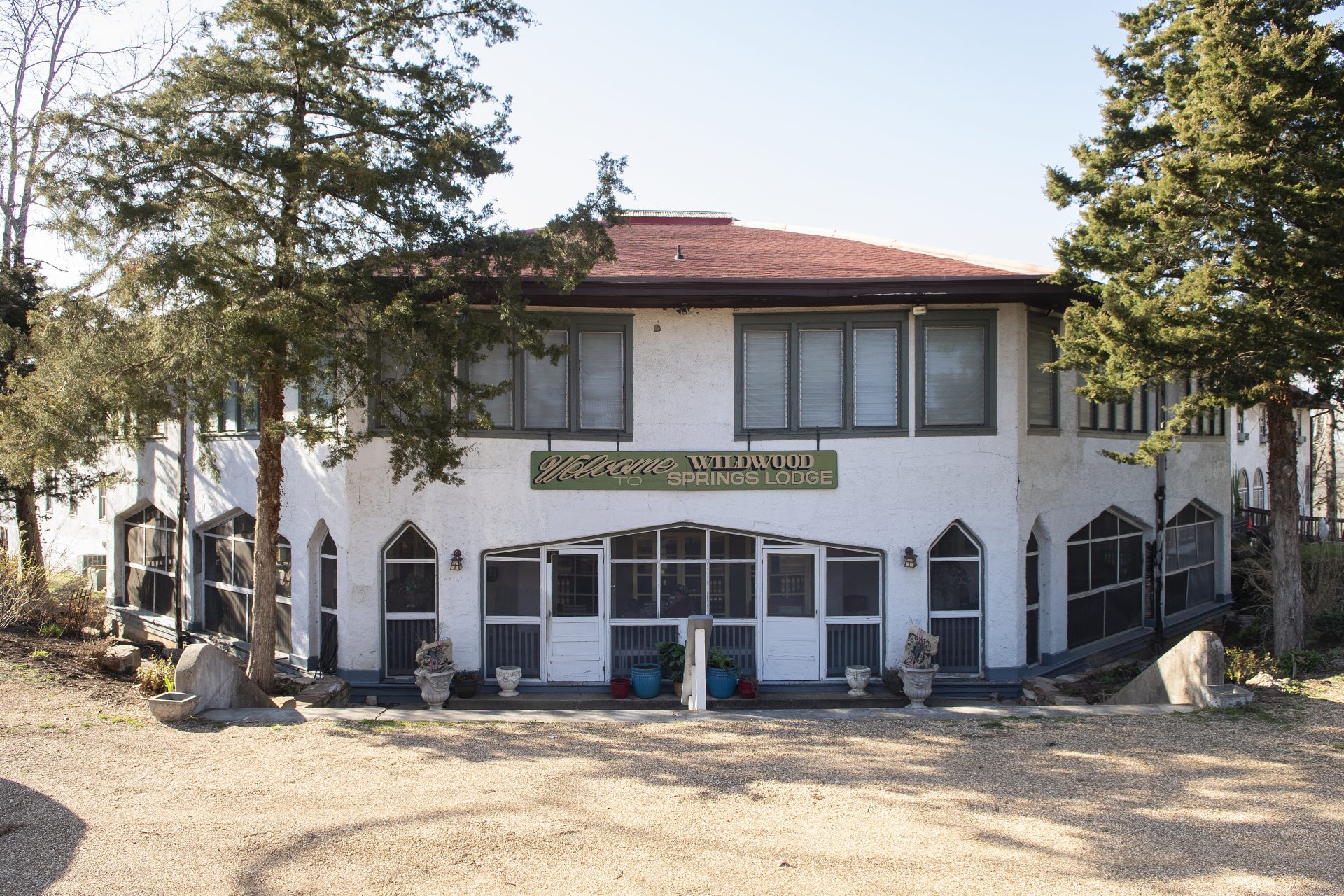 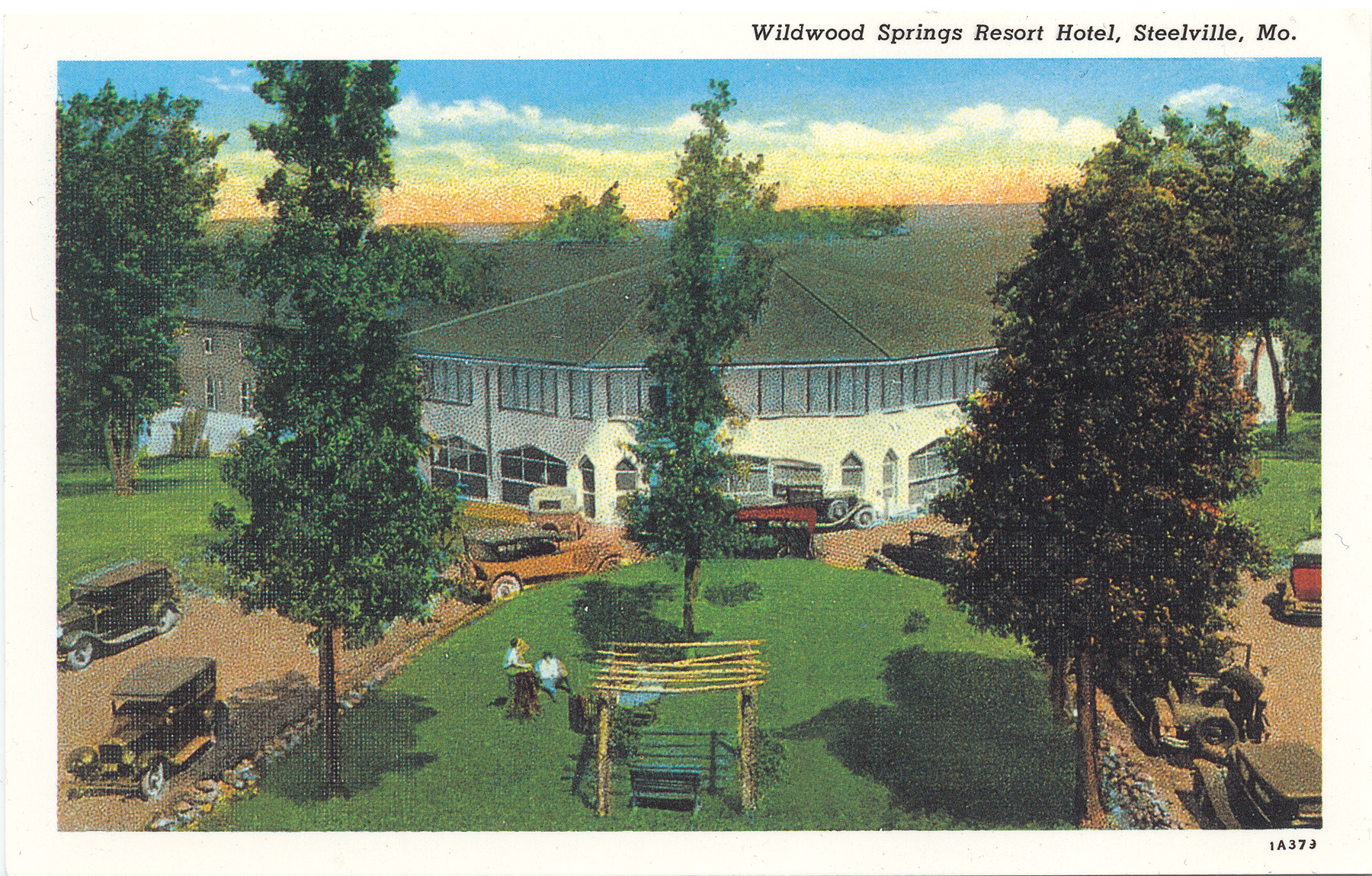 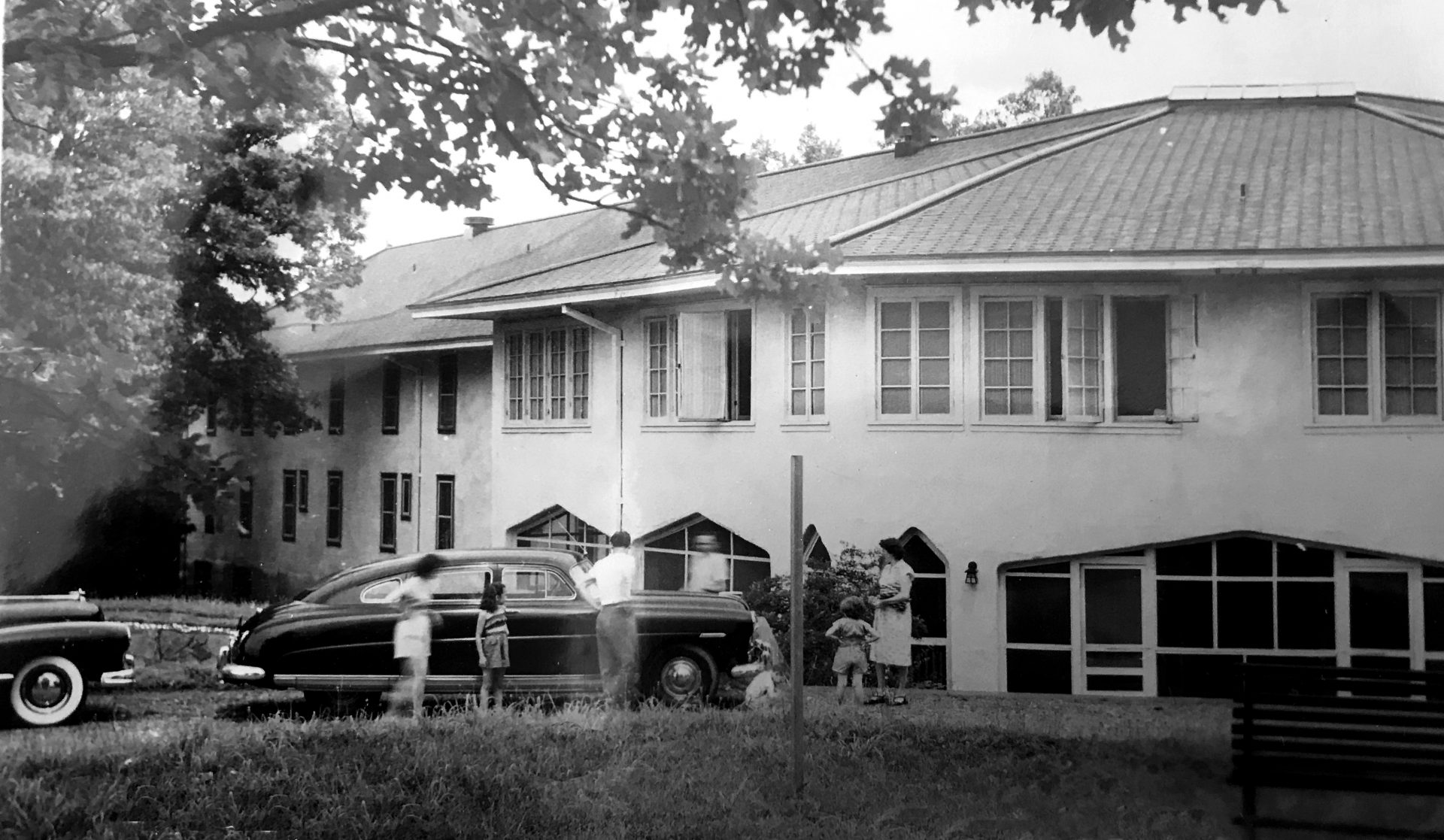 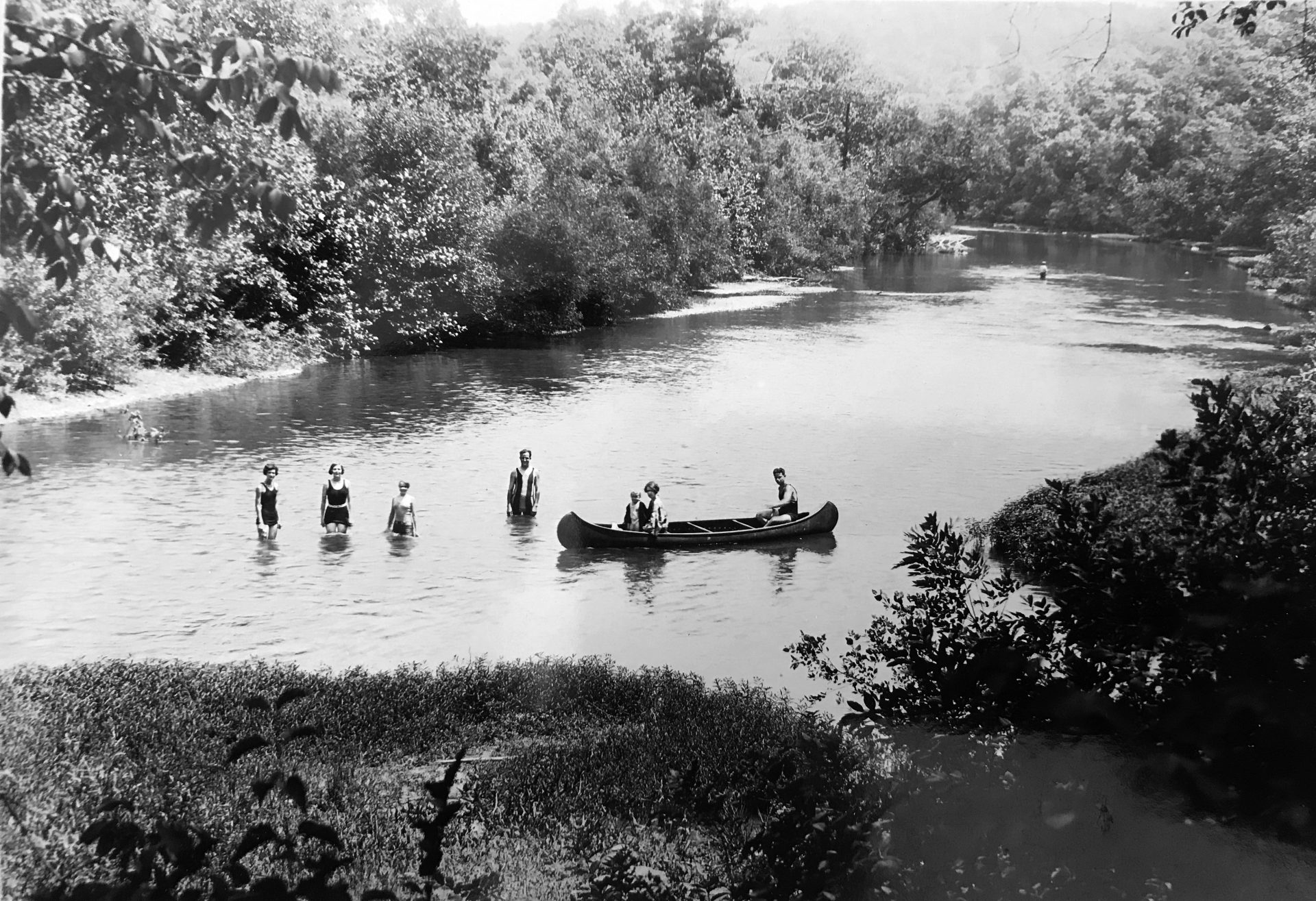 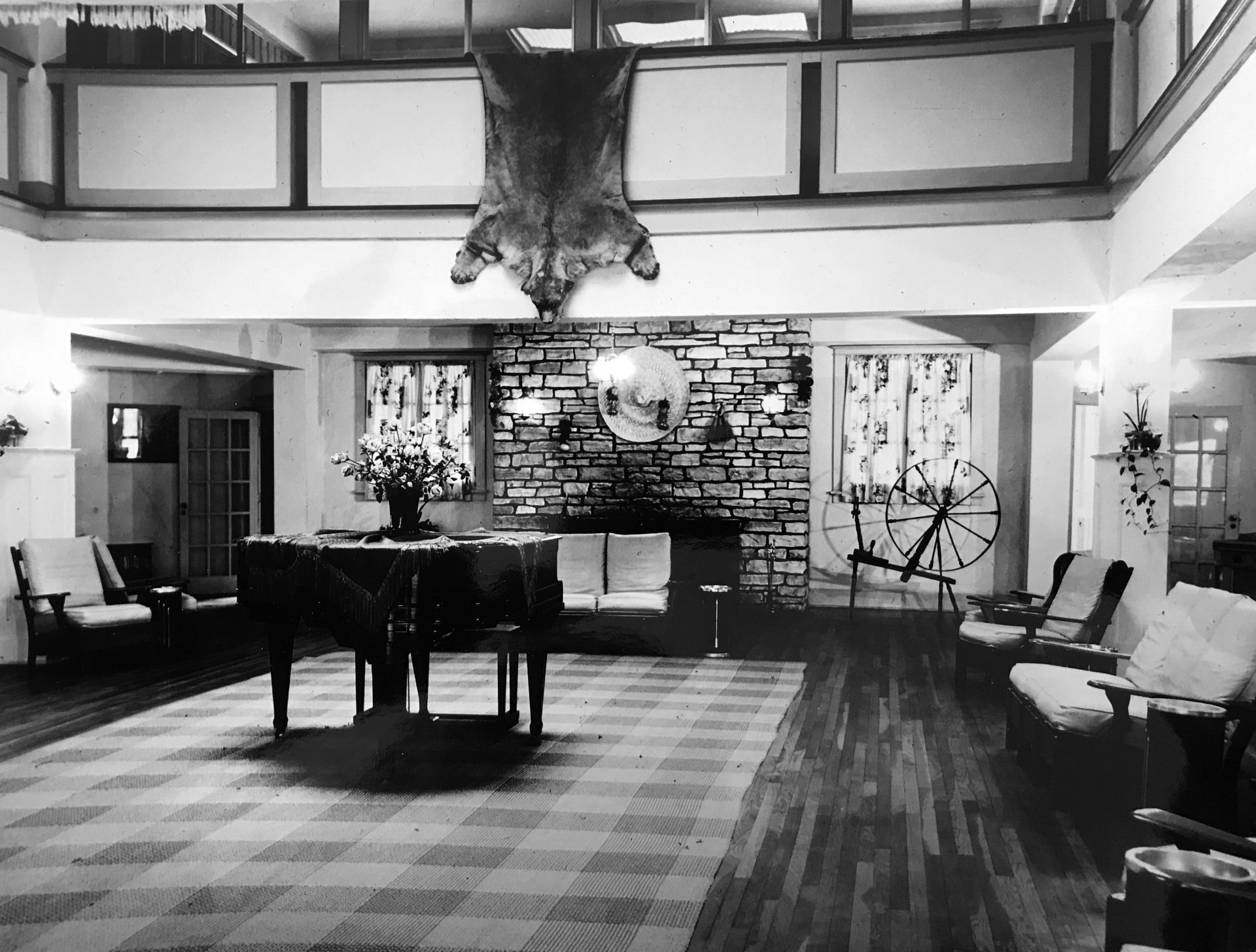 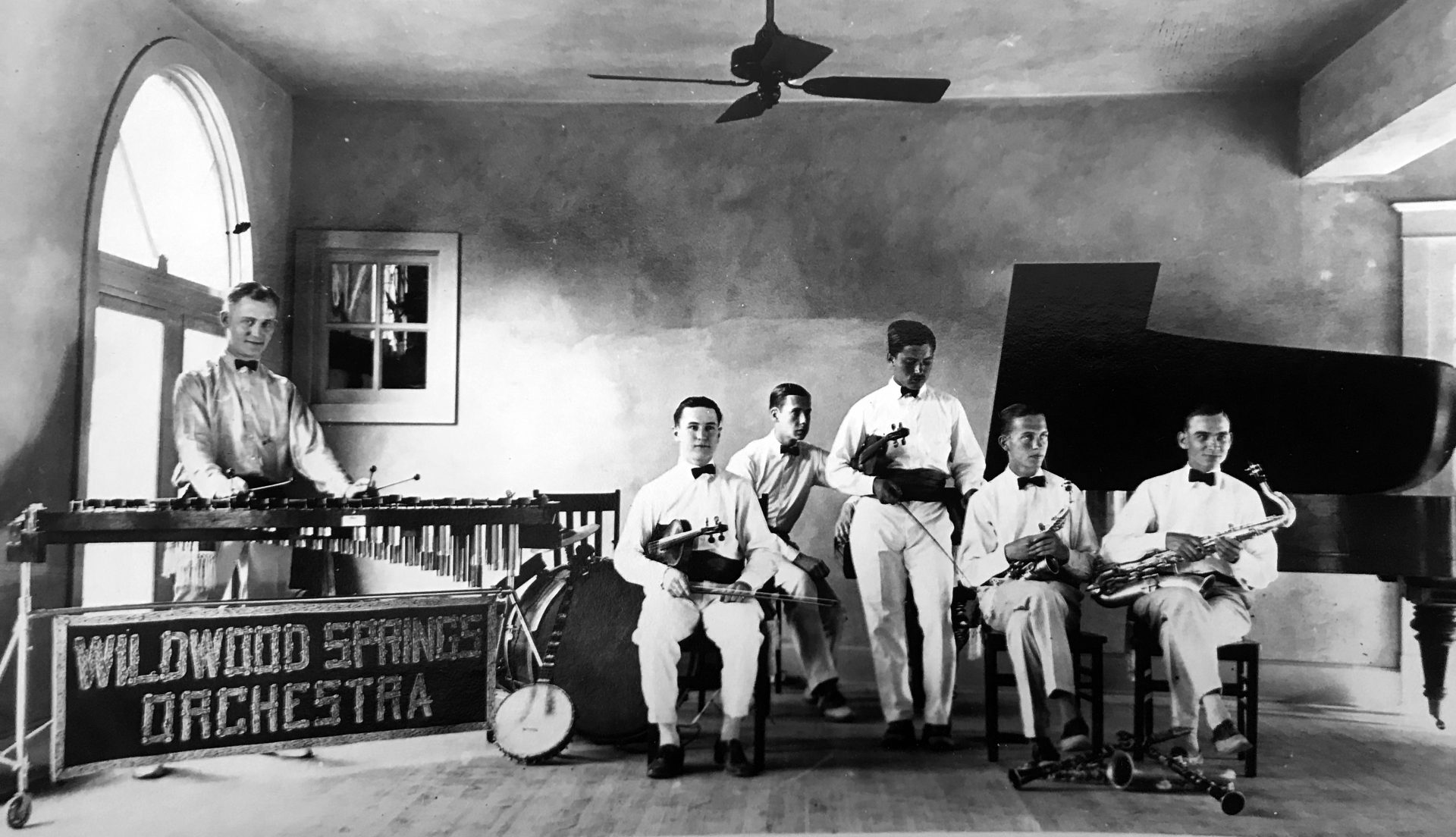 While guests still relax here like they did for most of its existence, what brings most to Wildwood these days is the music. Bob found a way to combine once-legendary bands from the 1970s with a laid-back atmosphere where the Ozark Mountain Daredevils mingle with guests or rocker Leon Russell might share a bagof chips with a fan at the bar. With no stage and fans sitting just feet away from the performers, a concert at Wildwood Springs can best be described as having legends in your living room.

“There is no other venue like Wildwood,” says Bob, explaining what made him invest so much time and money into its restoration. “Not in this country. I mean, the farthest seat back is 10 rows. We’ll have customers from England and Germany and Japan. In 2008 we had somebody from every state, including Hawaii and Alaska, and seven foreign countries.”

Bob describes how fans find the remote venue: “I get the artists booked early, because everything here takes a long time to sell. And then we get the date on their website and the fans say, ‘OK, I want to go see Marshall Tucker this year. That’s an arena. That’s an arena. Wow, what’s this? Oh, 250 seats. Where’s Steelville?’ And then they think about it, because it’s kind of expensive, and then they book. And then every morning I look at my reservations. There’s Georgia. There’s Alabama. There’s New York. There’s California.”

The intimate performances got their start when Bob convinced Missouri duo Brewer and Shipley to perform. “In the many times Brewer and Shipley have performed at the lodge people have come to see us from all over the country, and quite often people have even come from other countries,” says Michael Brewer. “I’m happy to say that it’s become one of the best venues in the center of the USA, and that’s not just our opinion. I’ve never heard an artist complain about a thing, nor have I ever heard a patron complain about a thing.”

Soon Bob added new acts to the fall lineup, including Johnny Johnson, the “Johnny B. Goode” of Chuck Berry’s rock ’n’ roll anthem. Over the years, the likes of America, Little River Band, Head East, Blue Oyster Cult, Three Dog Night, Iron Butterfly, Nitty Gritty Dirt Band, Paul Thorn, Leon Redbone, Orleans and Rhonda Vincent to name just a few have graced the lodge. Poco’s front man Rusty Young lived in Steelville, met his wife, Mary, there and the two were married at the lodge. He was a constant part of the concert series before his death last year. The season ender is typically Missouri’s own Ozark Mountain Daredevils. 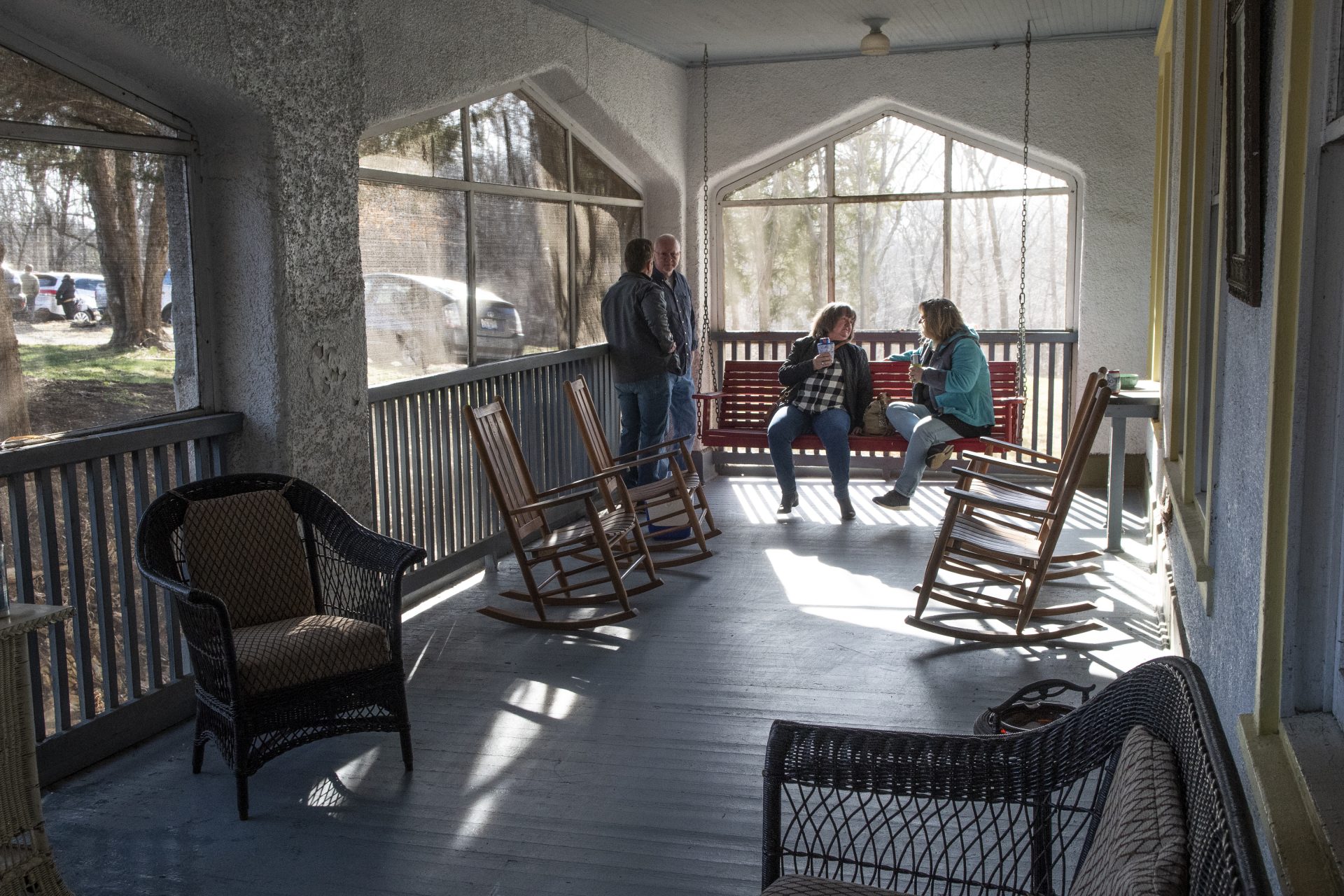 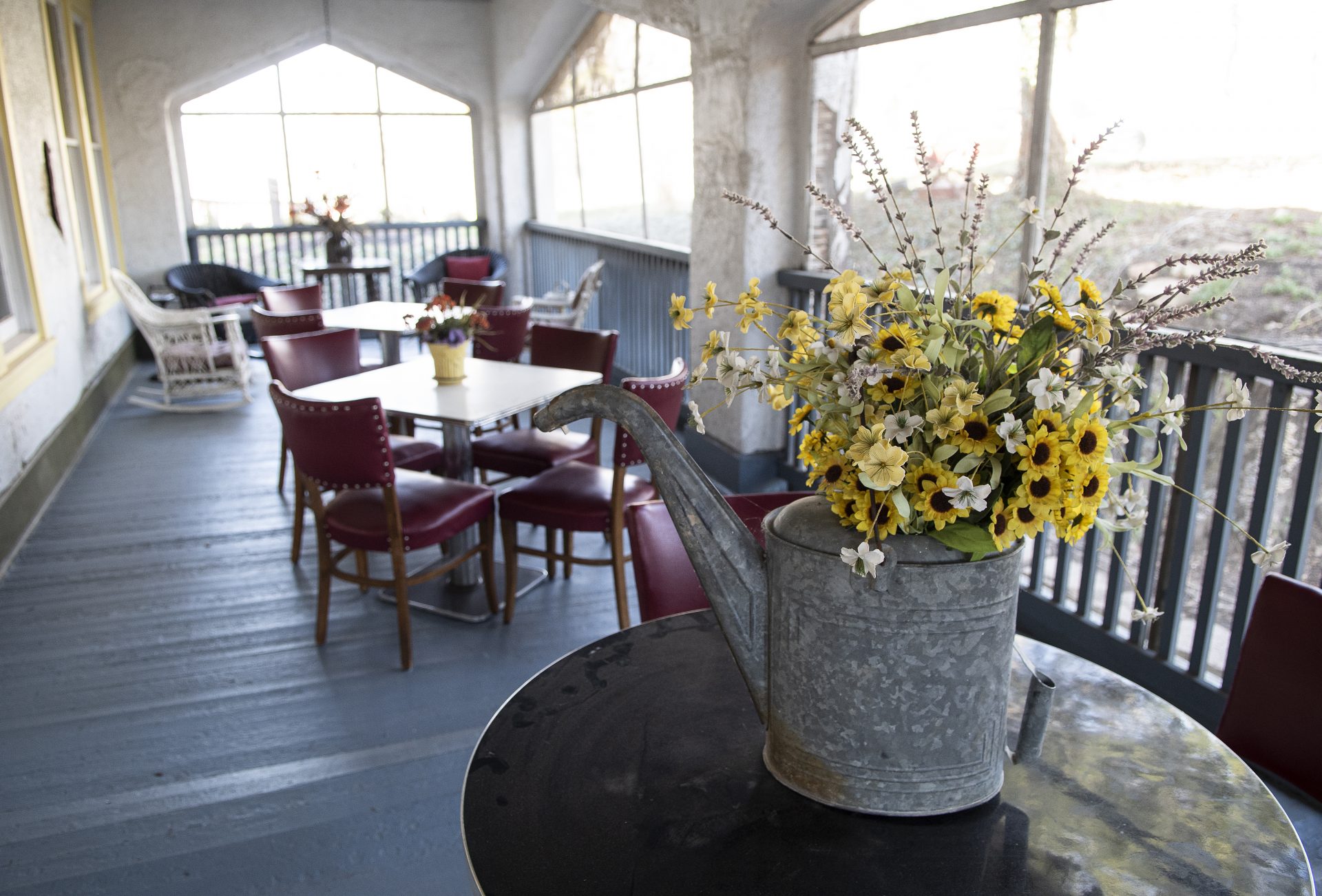 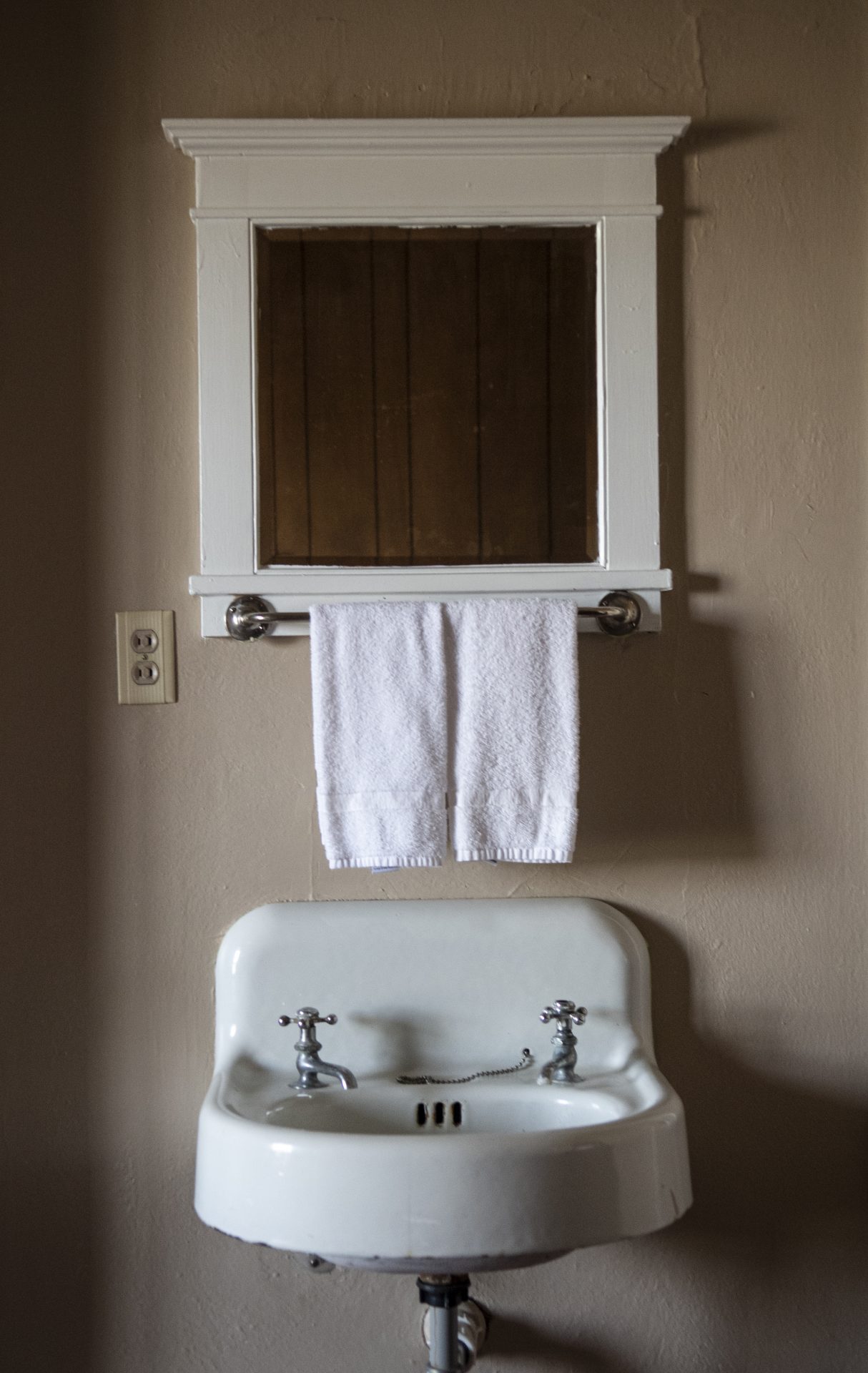 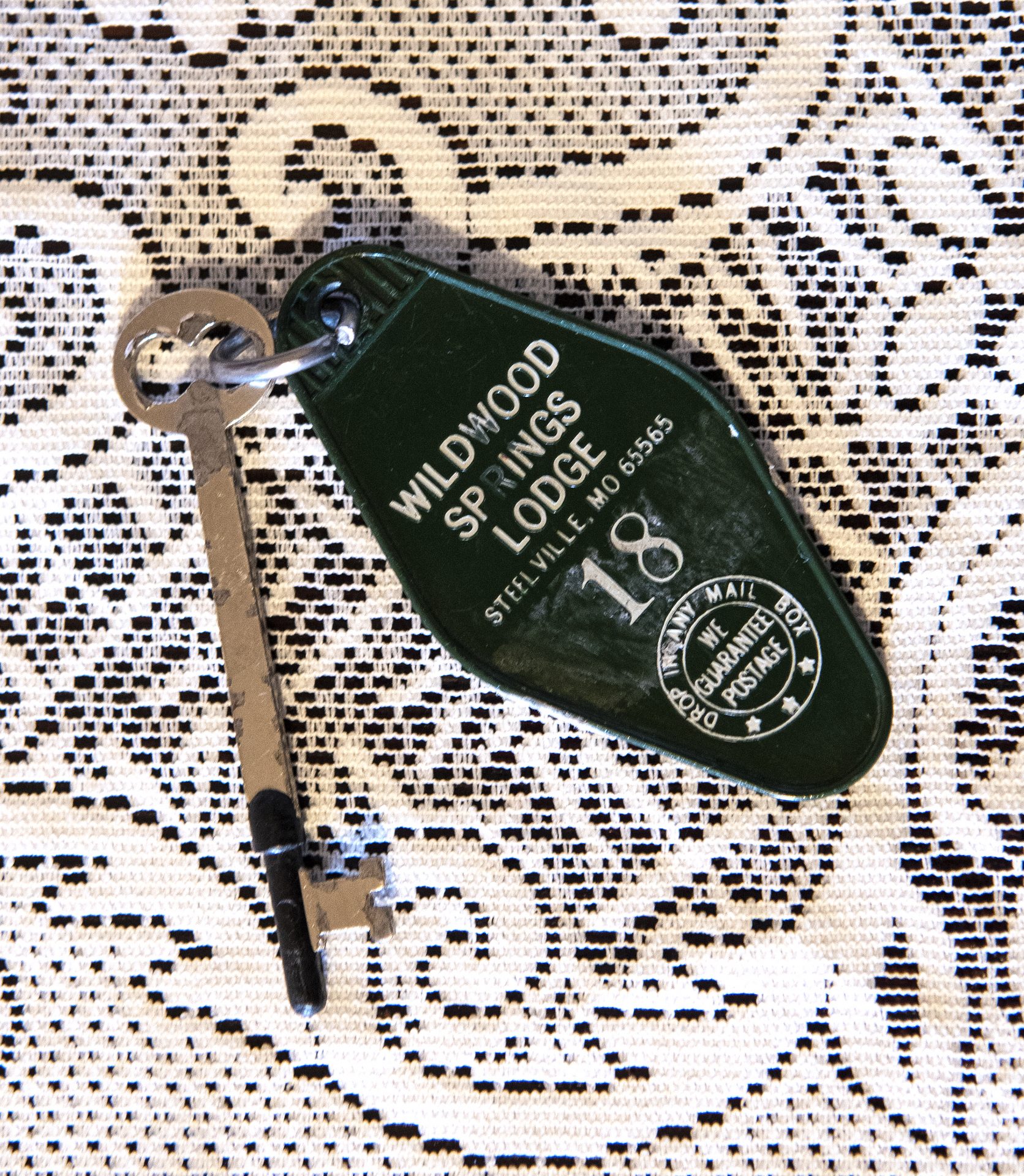 If fans are delighted to sit so close to their favorite groups, the artists themselves often find their first Wildwood experience a little unnerving. Paula Jacobson, who keeps the wheels greased at the lodge, recalls the first time Three Dog Night played Wildwood.

“I’ll never forget their lead singer, his hands were shaking. He said, ‘I didn’t know they were that close. Where’s the stage?’ He was really nervous. I said, ‘It’s OK, they are all family.’ They were a little off Friday night but by Saturday they got it.”

America opened the same way, despite having 50 years of touring under their belts. But they would return the next year extending their set and recording a live album at Wildwood, the first of five groups to record albums here. The setting became one of the band’s favorite venues.

“We have played the lodge many times and always had a great time hosted by Bob and his staff,” says America guitarist Dewey Bunnell. “It has always been a special performance event for us, as it is an “unplugged trio show” featuring just Gerry (Beckley), Rich Campbell and myself in probably the most intimate setting we ever play. The audience is very close and we actually set up right on the floor in front of the seating. The venue has a cozy lodge atmosphere with dining room and bar. In addition, we also have fond memories of visits from our old friend, the late Rusty Young of Poco, who would sit in on some songs for the finale.”

This year the lineup at Wildwood includes up-and-coming groups like The Kay Brothers and Jeremiah Johnson who appeal to a younger audience, a nod to the fact that the rockers who put the lodge back on the map are fading away. Bob figures he has the energy to run the concerts for several more years and then will be looking for someone to continue his vision. “It’s not been easy, but it’s been an amazing ride,” he says.

To book concerts, meals and rooms at Wildwood Springs Lodge, visit www.wildwoodspringslodge.com or call 573-775-2400. You can also find the lodge on Facebook. The lodge is located at 919 Grand Drive in Steelville. 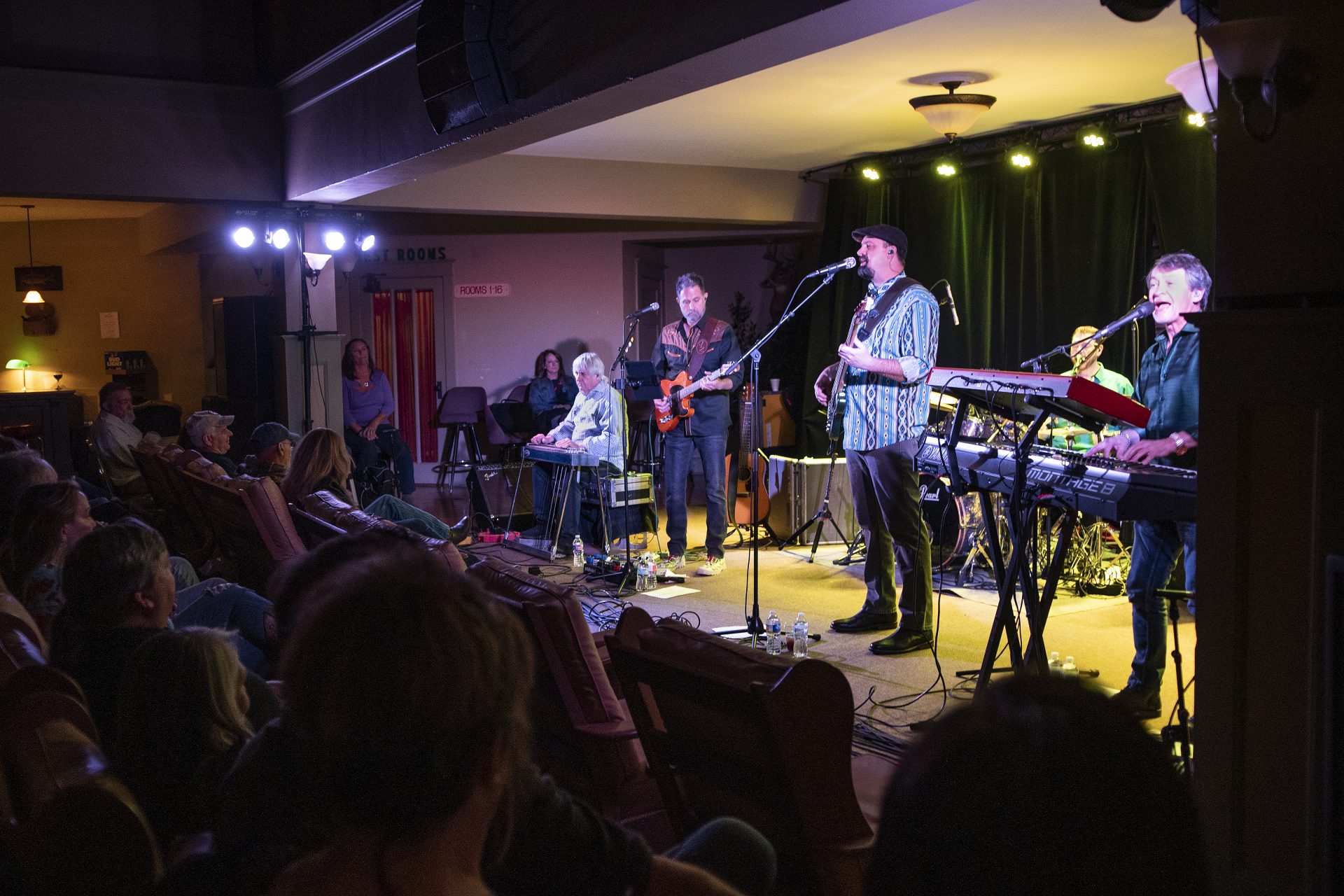 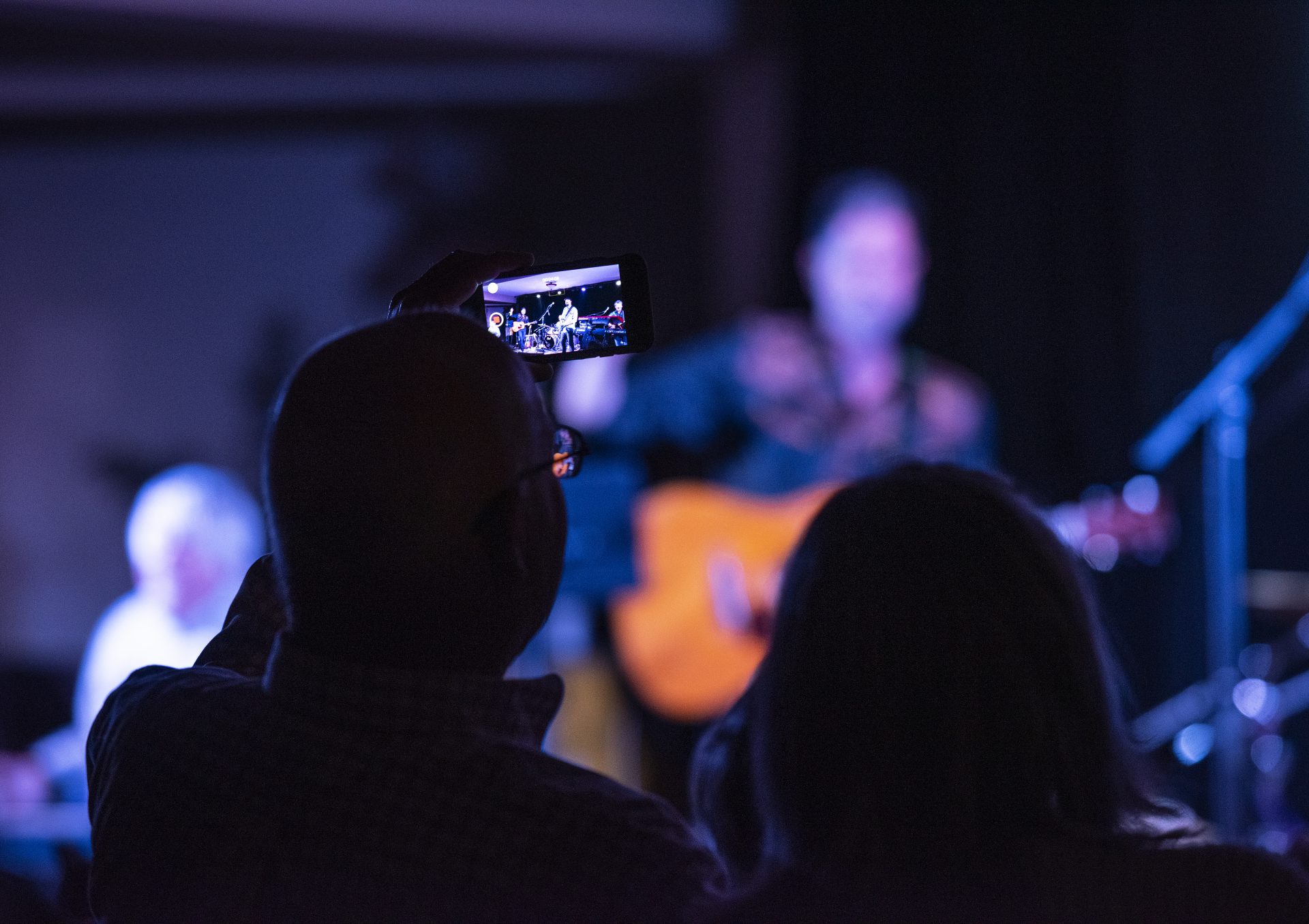 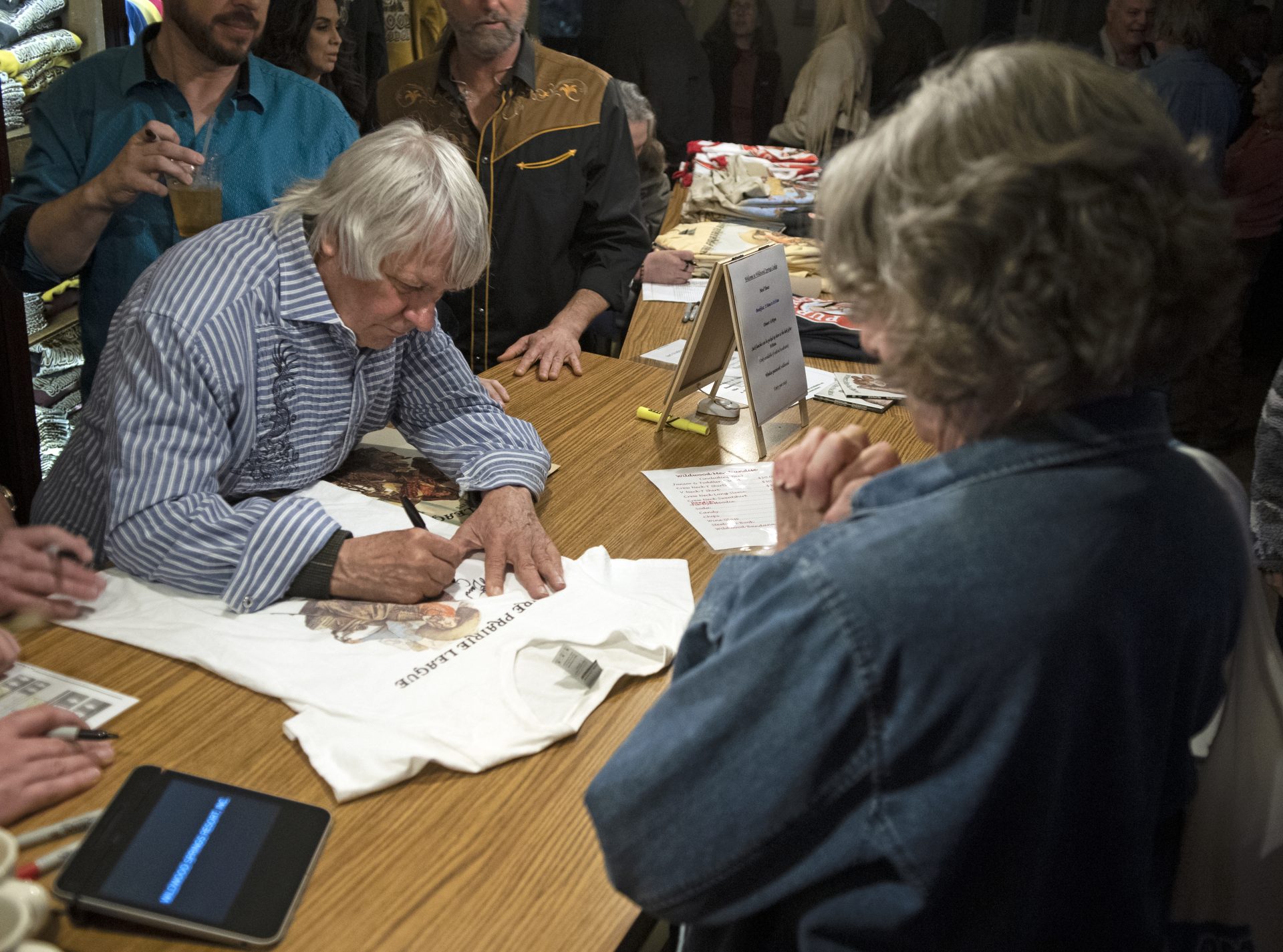 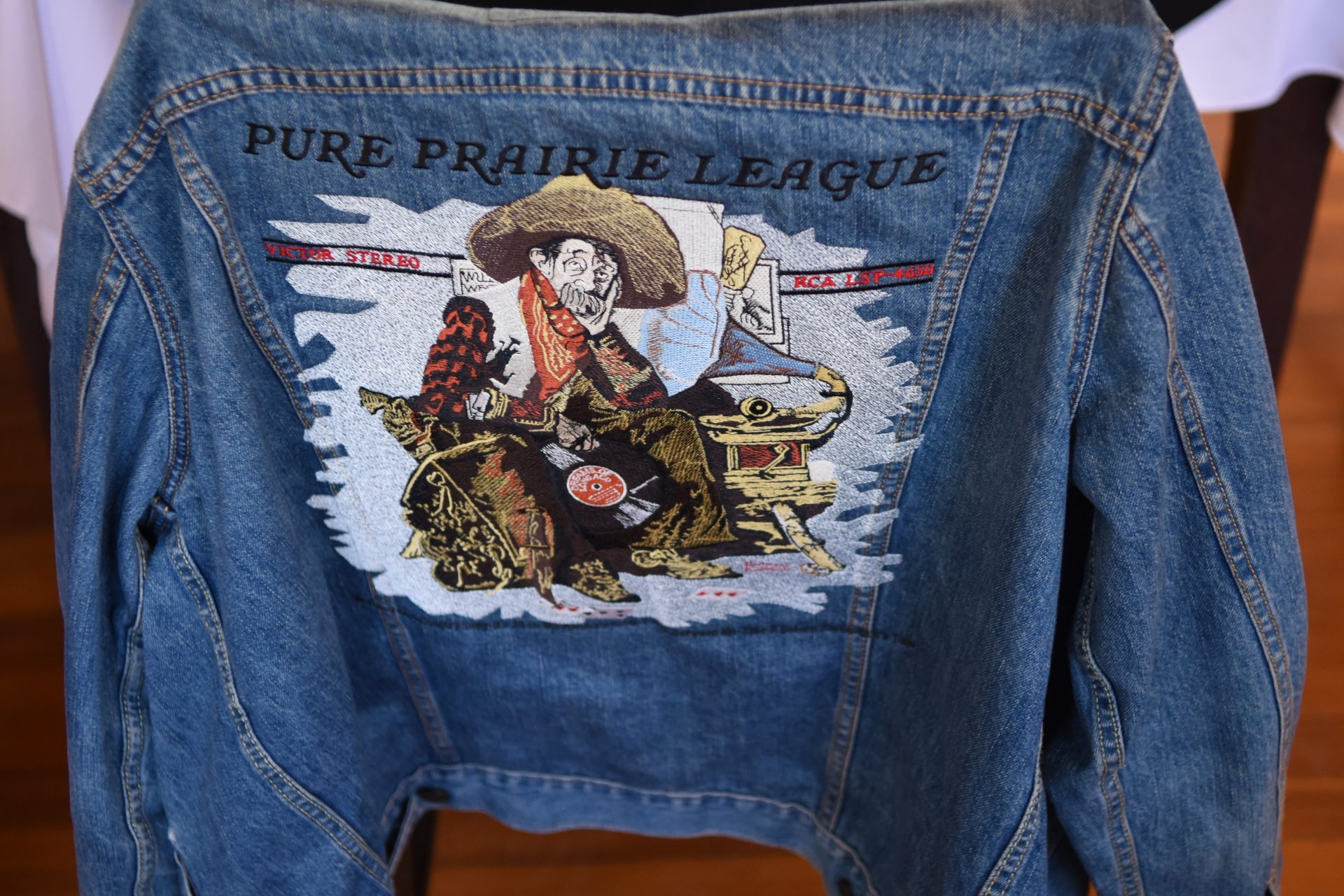